Accessibility links
Vietnam Figures Out A New Way To Distribute Condoms : Goats and Soda The country has moved up from low-income status. So international handouts are winding down. And that presents some unexpected challenges. 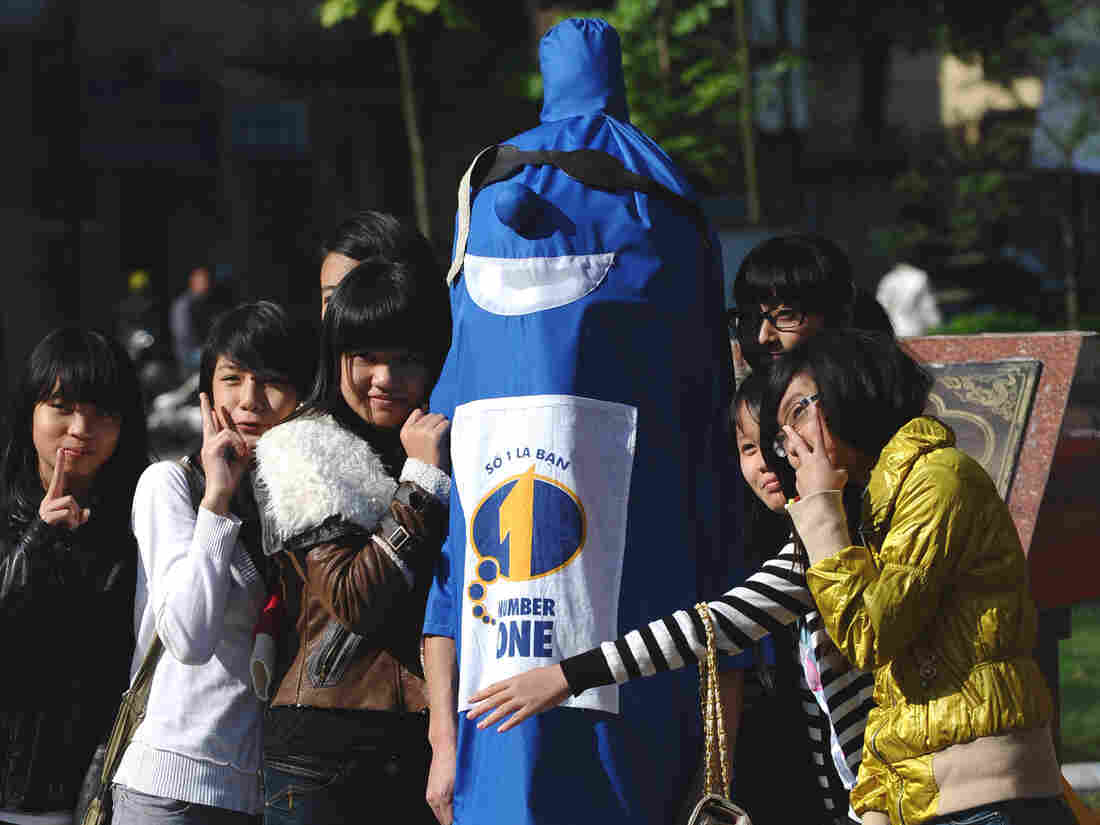 How do you get people to talk about condoms? A man in a condom costume is one tactic used in Vietnam. HOANG DINH NAM/AFP/Getty Images hide caption 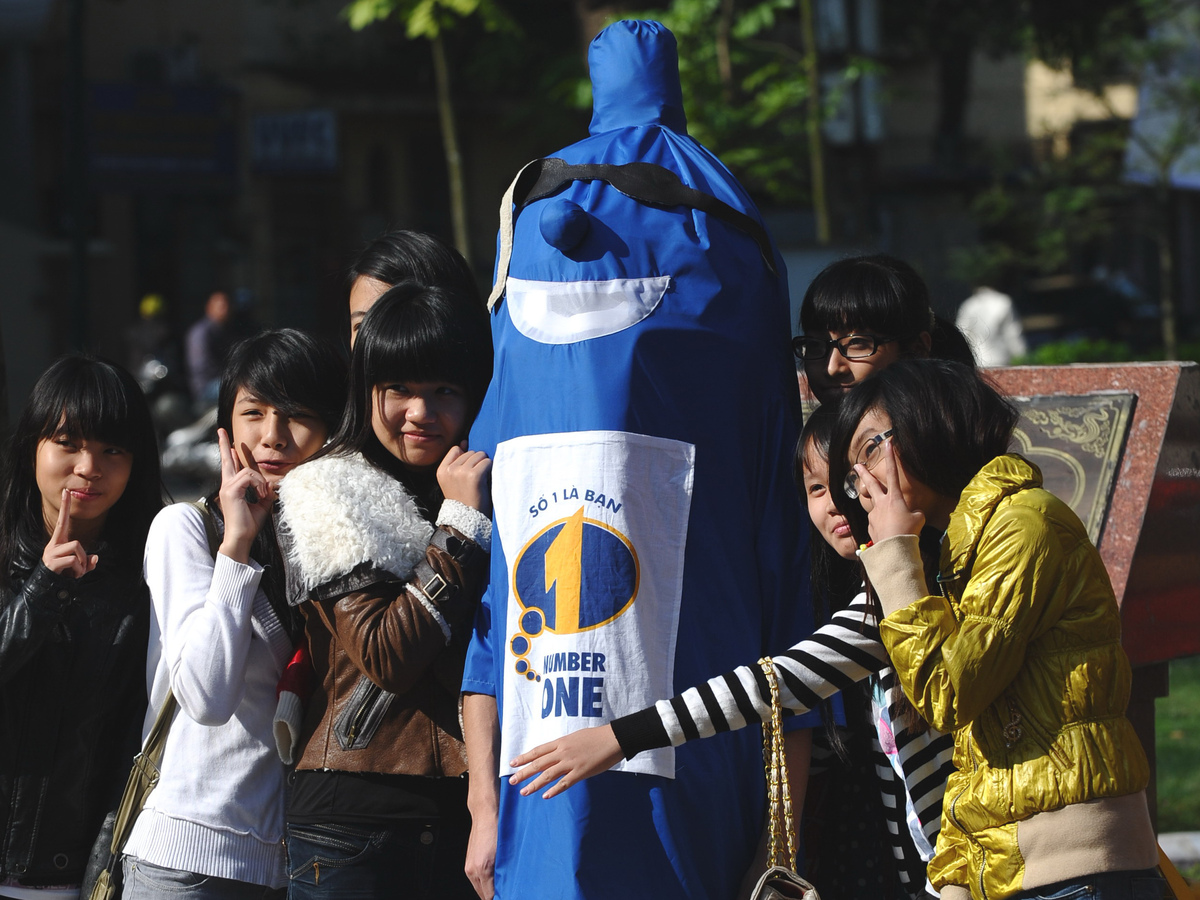 How do you get people to talk about condoms? A man in a condom costume is one tactic used in Vietnam.

Vietnam is having condom problems.

Hundreds of thousands of condoms sold there are substandard. They tear easily and don't offer reliable protection. While this might seem like a red flag, it's actually a sign of progress.

The condom kerfuffle has its roots in Vietnam's new prosperity. Vietnam used to be a low-income country, making it eligible for international aid funding from sources like the U.N. and the German Development Bank. So 80 percent of the country's condoms were paid for by foreign donors and handed out for free, or at highly subsidized rates — under 5 cents a condom.

But in the past 20 years, the country has undergone significant changes. Government-led economic reforms have lifted people out of poverty. In 2010, Vietnam went from being low-income to middle-income. Its GDP now sits at about $2,000 per person. That means it's too rich to qualify for the same level of aid funding.

Now that the money has begun to dwindle, the Ministry of Health is coming up with a new way to distribute condoms — through the free market. Yes, a socialist state is adopting a capitalistic solution. Working with USAID and PATH, a Seattle-based nonprofit, the government is winding down handouts; instead, it's encouraging the sale of condoms.

Currently only 15 percent of condoms are handed out by the public sector; the remaining 85 percent are purchased at pharmacies, grocery stores and roadside stalls, according to the United Nations Population Fund. Prices range from 2,000 to 8,000 Vietnamese dong (that's 10 to 40 U.S. cents).

The change in condom distribution highlights an ongoing issue in the world of international development. Poor countries are often dependent on foreign donors; critics say that handouts are not the answer, that governments need to become self-sufficient.

"Less dependency helps create solutions," says Arthur Erken, director of UNFPA in Asia and the Pacific. And it turns out that money isn't an obstacle for condom users.

A study led by PATH determined that people were willing to pay for condoms.

But the solutions aren't always perfect. According to a report by Crown Agents, an international development consultancy based in the United Kingdom, more than 170 million condoms imported and sold in Vietnam are defined as "substandard," or likely to rip.

When UNFPA was coordinating the acquisition and distribution of condoms, they were of high quality and met international standards. Now, with a free market dictating what's on shelves, it's trickier, Erken says.

But it's worth the effort though to face these challenges, argues Kimberly Green, director of USAID/PATH Health Markets Initiative, a program that's working with Vietnam's Ministry of Health to encourage local manufacturers to step up.

"Vietnam is a success story from the distance. Up close, it needs fine tuning," he concludes.

Meanwhile, there are other changes in Vietnam stemming from this new era. For example, in this conservative society, people are now talking about condoms.

"Buying condoms now is just like buying any other product," says Pham Cong Nguyen, CEO of the local condom manufacturer Medevice 3S. "You can find condom shops in any street unlike before."