Accessibility links
The Cycling World May Soon Bow Down Before Nairo Quintana : Goats and Soda In 2013, a newcomer from Colombia passed almost everyone else and came in second in the Tour de France. This year, many think he'll take home the winning yellow jersey. 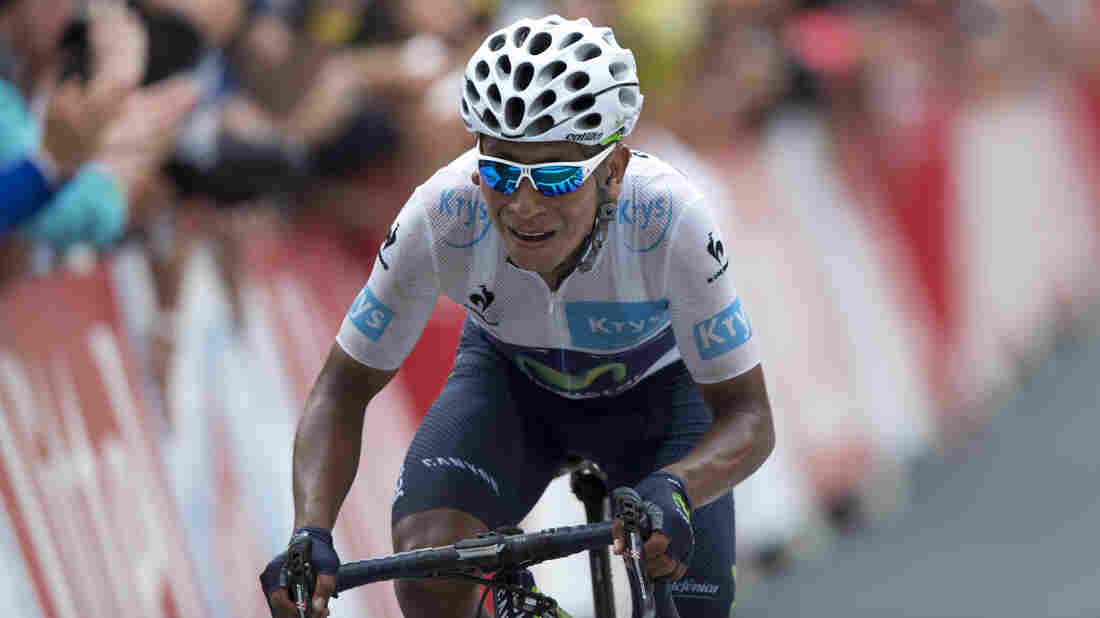 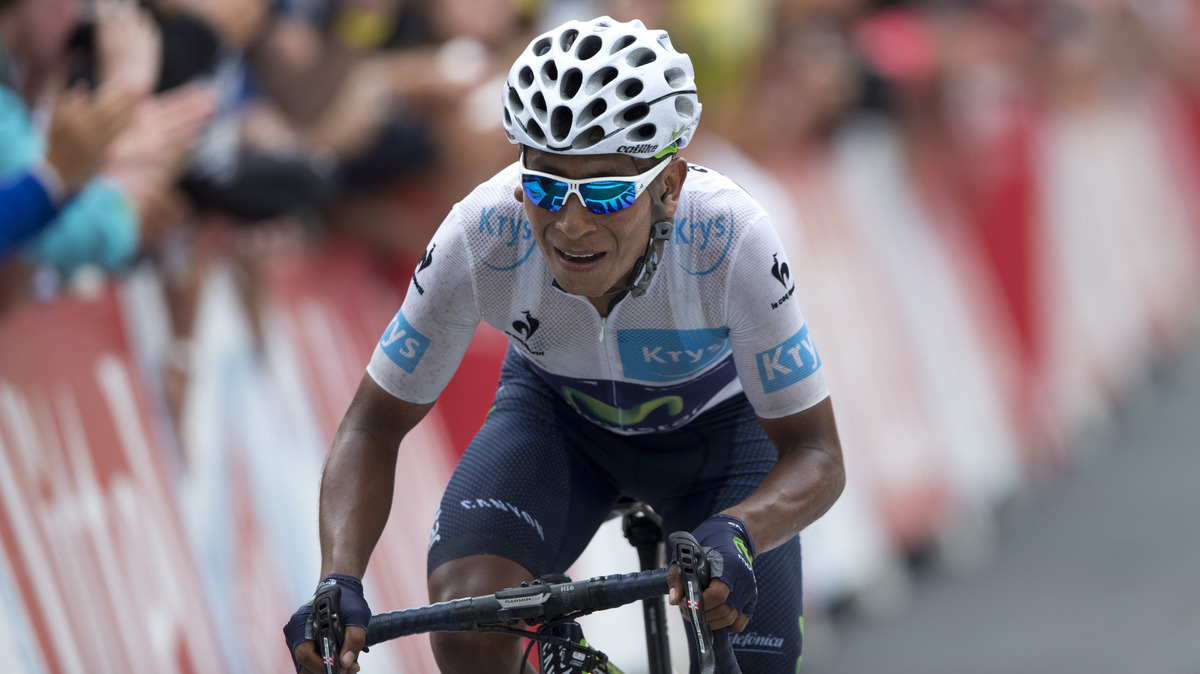 Editor's note: This story has been updated from its original version.

Going into the final stage of the 2015 Tour de France, newcomer Nairo Quintana was only 2 minutes 38 seconds behind leader Chris Froome, and some say he has a chance to bring home the yellow jersey.

Quintana began biking to get to high school. The return trip was a 10-mile uphill slog. That didn't deter him. Sometimes he'd even attach a cable to his sister's bike and haul her up the mountain with him.

And now some pundits think that the 25-year-old Colombian athlete could win the grueling, three-week Tour de France, which kicks off on July 4.

A Tour De France First: An African Team Will Compete This Year

When Quintana was growing up, there were few signs he would become an elite athlete. He was raised on a farm 10,000 feet high in the Andes near the village of Combita. As a toddler he nearly died from a bad case of diarrhea. Rather than sports, he used his free time he helped his father, Luis, who raised cows and sold fruit and vegetables. 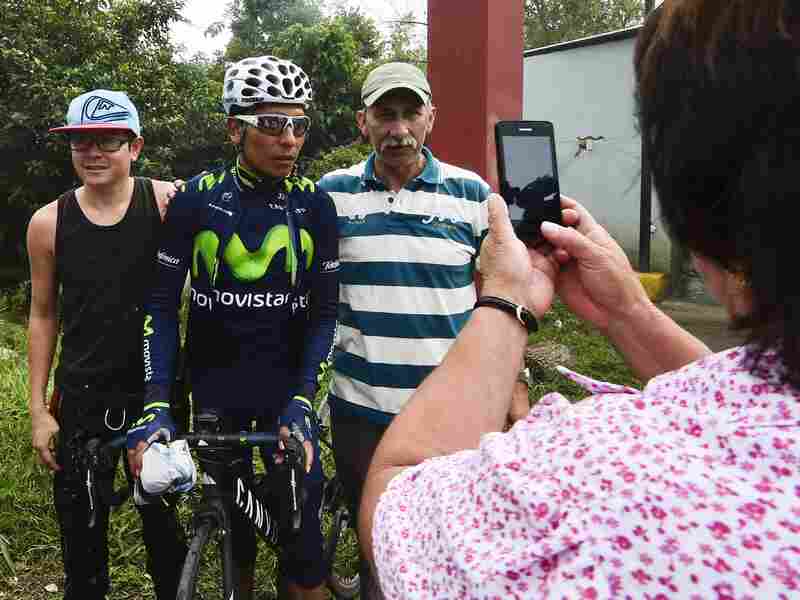 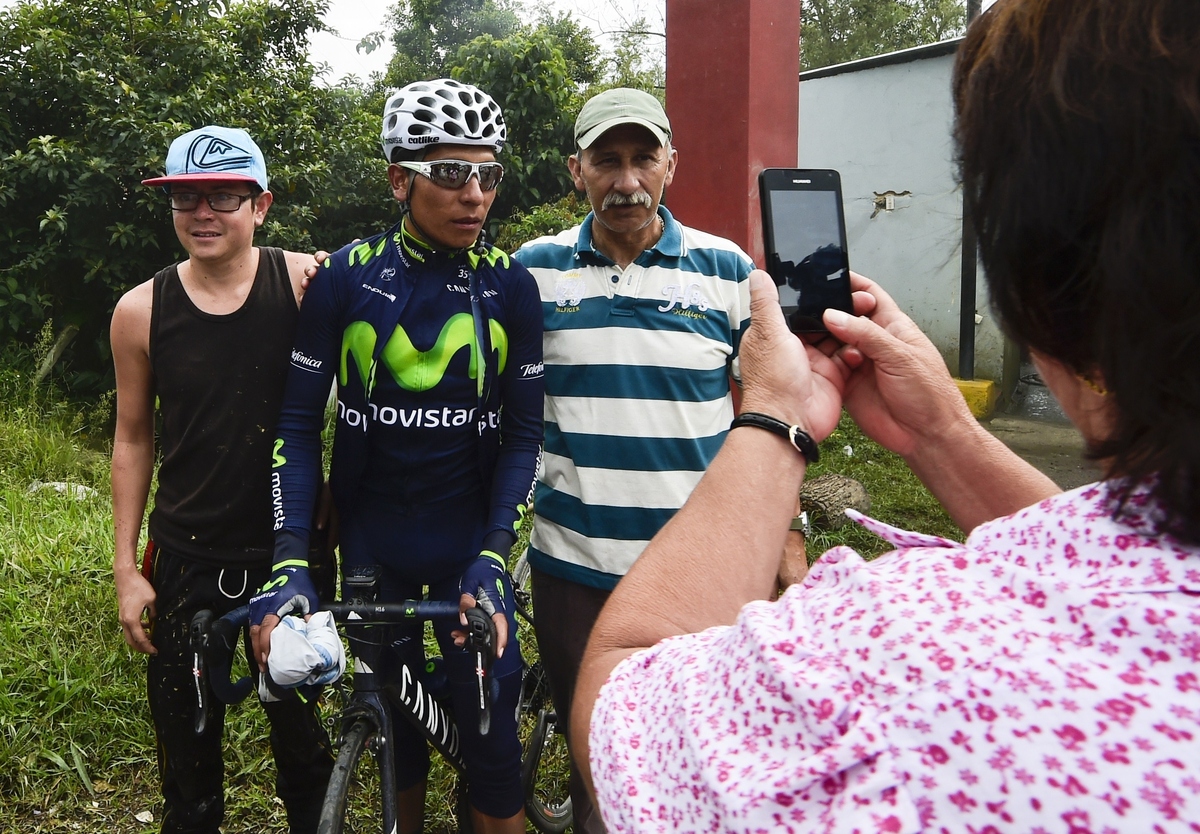 Colombian cyclist Nairo Quintana poses for a snapshot during a training session this month in Colombia.

His school bicycle commutes led him to competitive cycling. Soon, Nairo was winning local races on a second-hand clunker.

The pint-sized Quintana weighs just 130 pounds but has a monster cardiovascular system. Jenaro Leguizamo, a Colombian sports trainer, once tested Quintana's VO2 max, which shows how efficiently athletes use oxygen and is a key performance indicator. He says the level was better than any of today's top cyclists.

As Nairo Quintana trains on a twisting mountain road, Colombian children cheer him on. When he stops to drink water, he's surrounded by fans who take souvenir photos.

Quintana first pedaled to glory in 2013. Riding in his first Tour de France when he was just 23, he came in second.

It was the highest-ever finish for a Latin American. Addressing Quintana, an ecstatic Colombian race announcer shouted: "The whole world bows down before you!"

It helps that Quintana grew up in a country with a strong network of cycling clubs and teams. In addition, Colombia is home to Latin America's oldest multistage bike race with mountain passes far higher than those in the Tour de France.

Colombia is the only Latin American nation that consistently produces world-class bike racers. One of the most famous — and gutsiest — was Luis Herrera.

In 1985, Herrera crashed on a descent. A TV announced reporter: "His eye is absolutely streaming with blood." But he hung on to win this mountain stage of the Tour de France, inspiring a generation of Colombian cyclists.

That's a role Quintana now fills. While following him in a taxi, we pull up beside a junior cyclist, 16-year-old Danilo Ardila. He's pedaling hard to catch up to Quintana.

"He's an example," Ardila says. "Everyone who rides a bike wants to be like him."