Accessibility links
Learning The Hard Way Why You Just Shouldn't GetTooClose : Goats and Soda In India, writer Deepak Singh was always bumping up against humanity. In the U.S., he found out about personal space. And he wonders: Is something lost when you have to keep your distance? 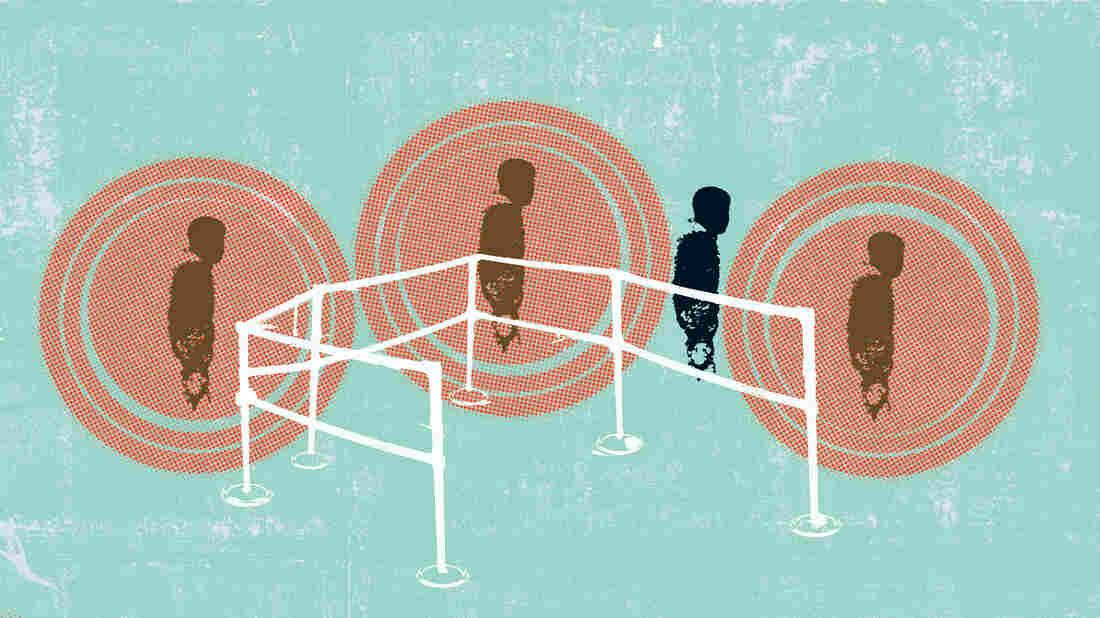 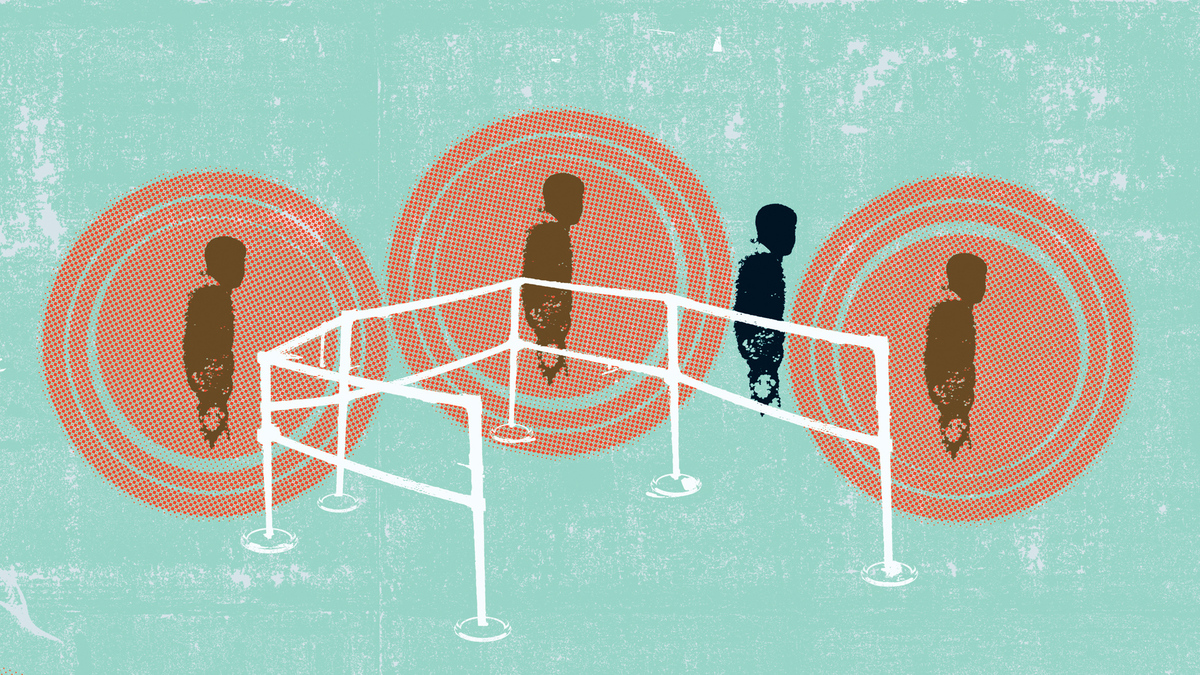 As a newcomer in the United States, I have made many cultural gaffes. Some were not such a big deal, some were mildly embarrassing and some were, well, quite painful.

When I first started working in the U.S., I followed my boss into the restroom one day. There were five urinals and all of them were free. He went to the one at the far end. I wondered why he didn't go to the one that was closest to him. I chose the urinal right next to him. Standing beside him, I said, "It's a nice day today, isn't it?"

No answer. He acted as if he didn't know me. It was very strange.

Later in the day, he called me to his cubicle and said: "In America, you don't use the urinal right next to the one that is already in use. You do that only if the others are not free. And, definitely do not talk to the person while urinating. It's not cool."

I grew up in India — a country where a thousand people are walking in your direction at any given time of day. The country has a huge population, and it seemed as if there wasn't enough room for us all.

My family — parents and three children — lived in a tiny, two-bedroom apartment. Under ordinary circumstances, space was tight. When relatives came to visit, things got tighter. A lot of times, I shared a bed with my brother and dad.

I rode to school with eight kids on a cycle rickshaw that was built to carry three. At school, there were 50 kids in a classroom that had room for only 25. On trains and buses, I could never truly claim a seat for myself. If there was room to adjust, move my bottom back or forward, or sideways, I made space for another person. In such close quarters, I had to learn to love the human touch in order not to hate it.

That's especially true in lines. In India, I have waited in lines at train stations, cinema halls and banks with 100 or more people. The line acted like one organism, every individual connected, everyone inching forward at the slightest hint of movement.

When I moved to the United States, I didn't quite understand the idea of personal space — both in terms of privacy and body contact. It took me quite a while to understand that I didn't have to stand right behind the guy in a line — when I say right behind I mean my body touching his — waiting to get on the train or to order food at a café.

I learned this lesson the hard way. Several years ago, I found myself at a post office in Virginia. The big gaps between the customers made the line longer than it needed to be. It was spilling out of the small space. I had never seen anything like this before.

It didn't make sense to me that people were standing so far apart. So I moved closer to the guy in front of me. He immediately turned back and looked at me, then moved a couple of paces ahead, reopening the gap between us. I didn't understand why. I turned back and saw the person behind me hadn't moved closer to me. I moved a couple of steps again and got closer to the guy ahead. This time he gave me a stern look and moved away. I was confused and wanted to know what I was doing wrong. I put my hand on his shoulder gently and asked, "Is there anything wrong?"

He actually got out of line and left the building. In a hurry.

After living in the States for more than a decade, I have learned to appreciate personal space. I have come to understand that while in India you touch anyone and everyone in the course of a day, that kind of close physical contact is reserved for very close friends and family in the U.S.

I go back to India every year, and I see the friends I grew up with. My ideas about human touch have changed, but my friends haven't. They like to hold my hand while going for a stroll. They put their arms around me and sit next to me on a couch — thigh-to-thigh. This makes me wonder about a lot of things. Being in close physical proximity with friends in India makes me feel close to them, close enough that I could share anything.

I find Americans very friendly, but the unsaid rule of personal space never lets you get close to people, even when they are your friends. There is an invisible circle around a person, which seems impenetrable. Sometimes, I'm tempted to throw my arm around my American friends, squeeze their shoulders or hold their hand a little longer during a handshake.

Then I wonder if it would be a touch awkward.

Deepak Singh is a writer living in Ann Arbor, Mich.