Accessibility links
A Boy Won't Let A Lion Get His Goat : Goats and Soda An award-winning photo captures a friendly encounter between a young child and a painted feline. 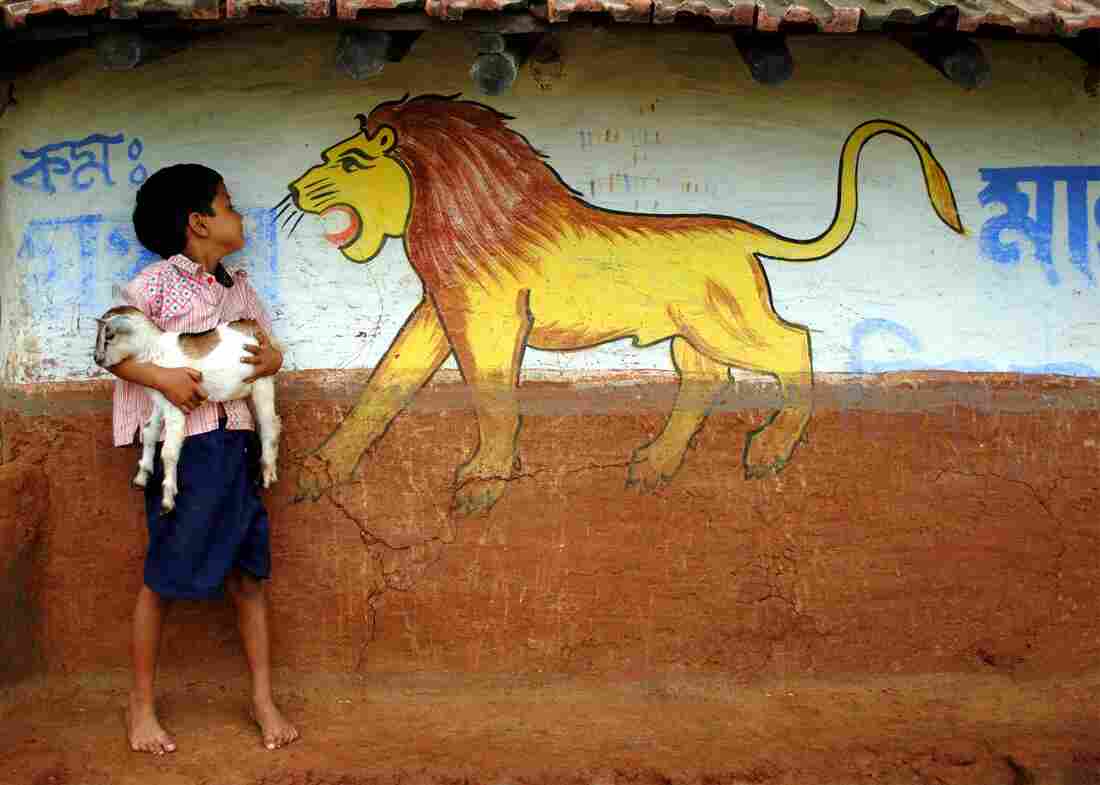 A little boy and his goat have an encounter with a painted lion in West Bengal, India. Courtesy of Partha Kar hide caption 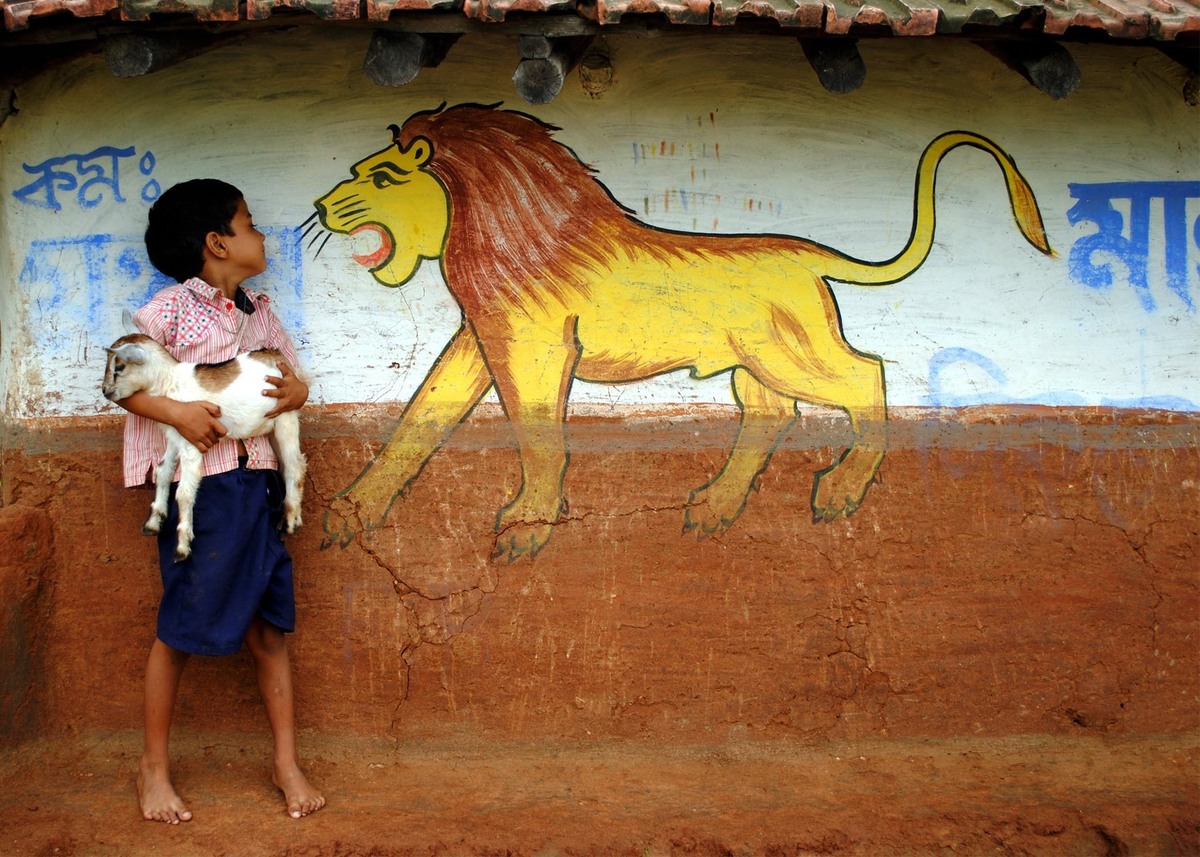 A little boy and his goat have an encounter with a painted lion in West Bengal, India.

What We Can Learn From A Herd Of Hungry Goats

The Mural That Made A Photographer Stop In His Tracks

Those are the stars of an award-winning photo called Friendship.

Each year, the international relief and development group InterAction gives a prize to a photo that highlights "the determination of individuals around the globe" and that makes people "feel something." This year's pick is by Indian photographer Partha Kar. He lives in West Bengal, where he happened upon a boy of about age 7 or 8, carrying a kid — "his pet," Kar says.

The youngster was in a playful mood, Kar says. So the boy went up to a painting of a lion on a wall "to give him a proposal of friendship," while holding "the lion's favorite dish in his lap." A little kid "could not even think of anybody as an enemy," Kar says — even a lion.

Goats and Soda wishes it could be so innocent! Here's what we would have told the lion: "Keep your paws off the family goat. And we're not kidding!"