Accessibility links
Filmmaker Wants To Stop Fathers From Giving Up Their Daughters : Goats and Soda Samar Minallah Khan makes documentaries about the Pakistani custom of handing over a daughter to settle a score. Her films have persuaded the government to ban the practice.

Filmmaker Wants To Stop Fathers From Giving Up Their Daughters

Filmmaker Wants To Stop Fathers From Giving Up Their Daughters 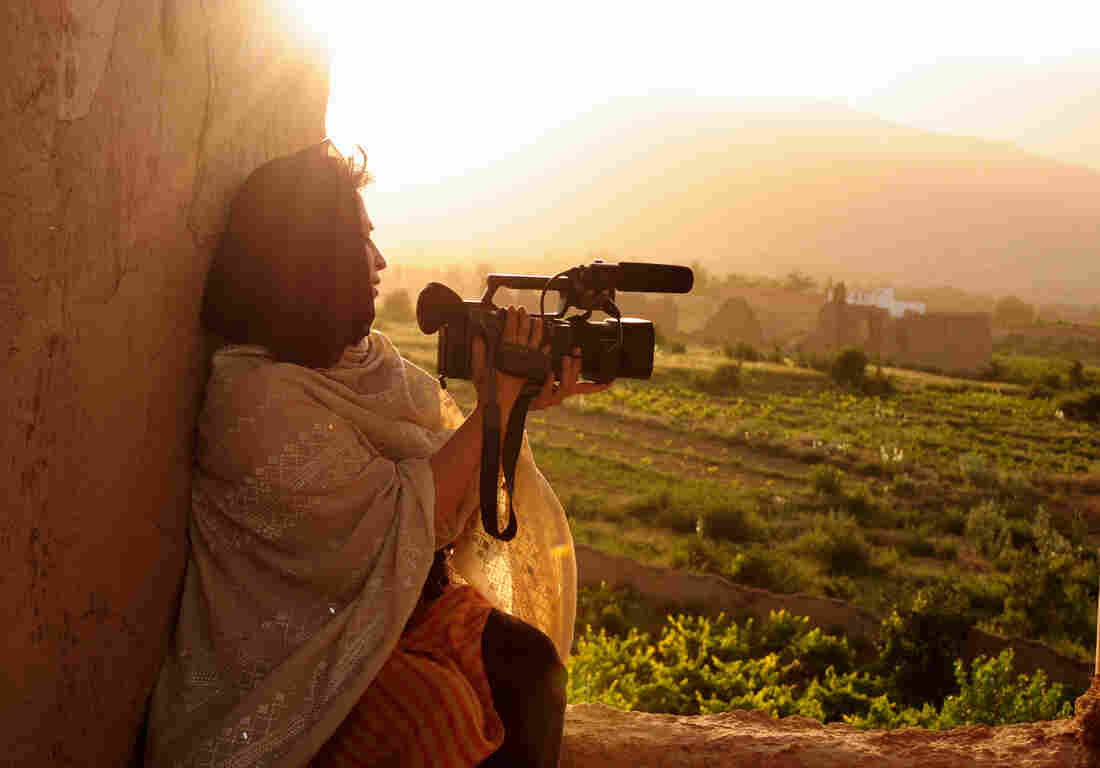 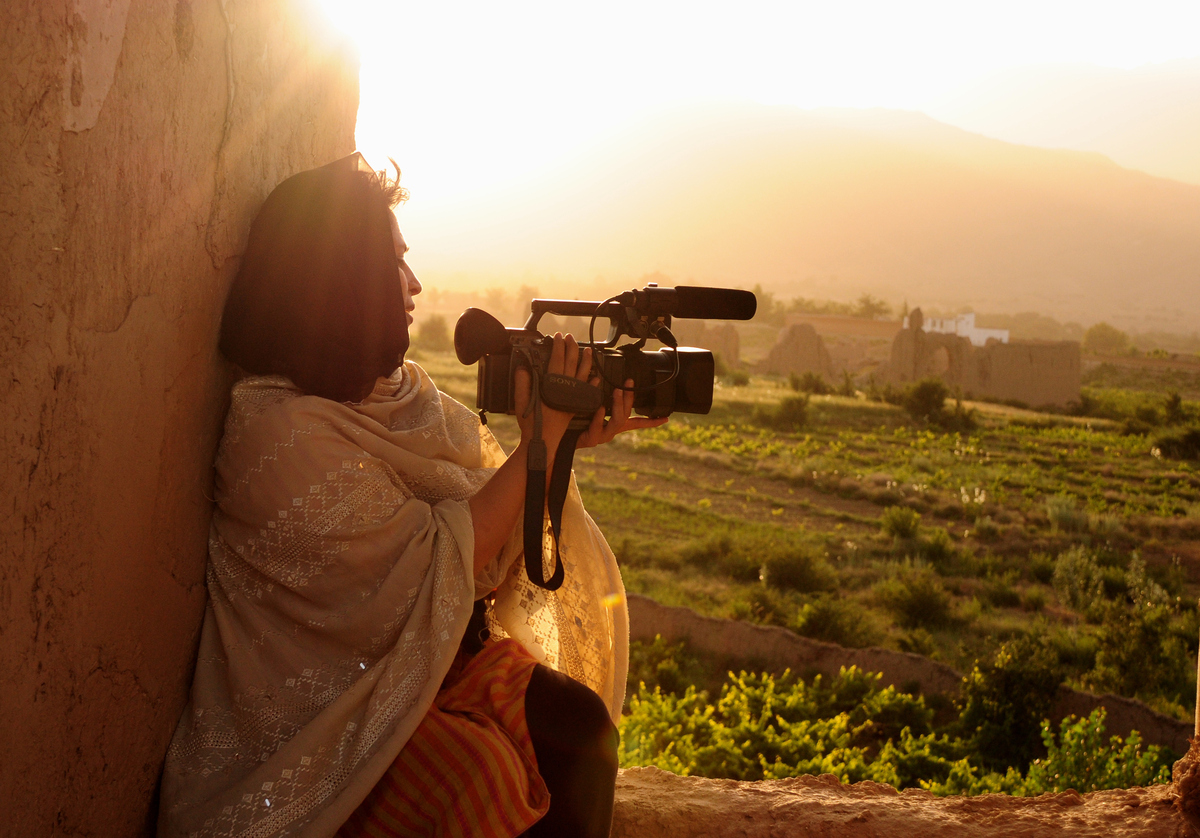 Samar Minallah Khan was honored by Vital Voices for her documentaries on the injustices faced by Pakistani women.

She fights for the rights of women by telling stories about heroic men.

"The struggle to end violence against women has always been carried out by women activists," says Samar Minallah Khan, who makes documentaries about gender-based violence in her native Pakistan.

"Women have worked very hard to bring awareness, but it will never be enough." That's why she brings men into the picture. And her approach has won acclaim from both men and women.

Khan is one of five women honored with a Global Leadership Award by Vital Voices, a group founded by Hillary Clinton after the World Conference of Women in Beijing in 1995. At the presentation ceremony, held at the Kennedy Center last month, a packed house of women gave her a standing ovation when she dedicated the award to the men in her life: "my amazing supportive and loving father, my husband, my brothers and my son."

Khan's films focus primarily on the practice of swara, where a daughter is given away as compensation for a crime. Swara happens mainly in poor, rural areas.

An anthropologist and documentarian who grew up in Pakistan but was educated in England, she started investigating swara in the early 2000s. The more she learned, the more upset she became. In 2003, her documentary Swara — A Bridge Over Troubled Water, profiled victims and their families.

Khan went into rural regions and spoke with men who had been forced to give a daughter or sister away as compensation for a crime or to settle a family feud. Her work challenged the norms in very traditional areas of Pakistan; she faced intimidation and death threats. And she still does. Most of the initial footage for her most recent documentary on swara was unusable because the cameraman was shaking from fear.

Those challenges have led Khan to find an unlikely protagonist for her documentaries. Over and over, she was impressed by the men who opposed this practice.

"Men, too, face hurdles for speaking up and for challenging norms," she says. "Standing up in the face of society and country expectations, that takes a lot of courage."

She tells the story of one father who had committed a crime against someone in his community. The crime victim wanted the father's daughter in compensation. Khan says the father came to her with tears in his eyes, saying he would rather give away all of his possessions, all his land and money, than lose his daughter. In the end, he gave away all of his money and many of his possessions but kept his child at home.

Such stories weren't being told before Khan started making her documentaries. 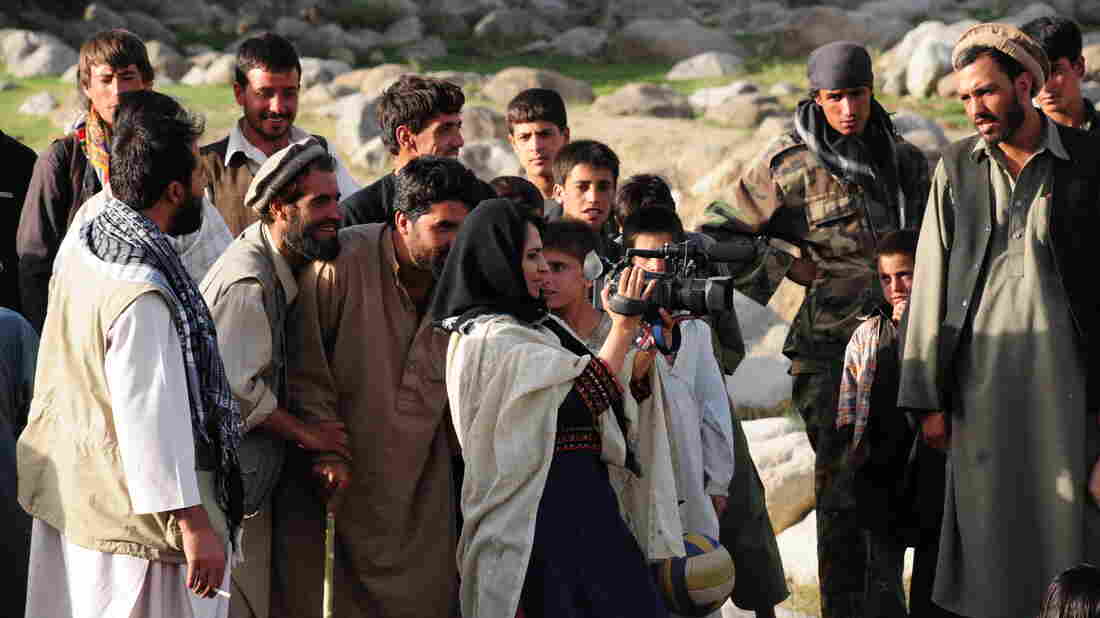 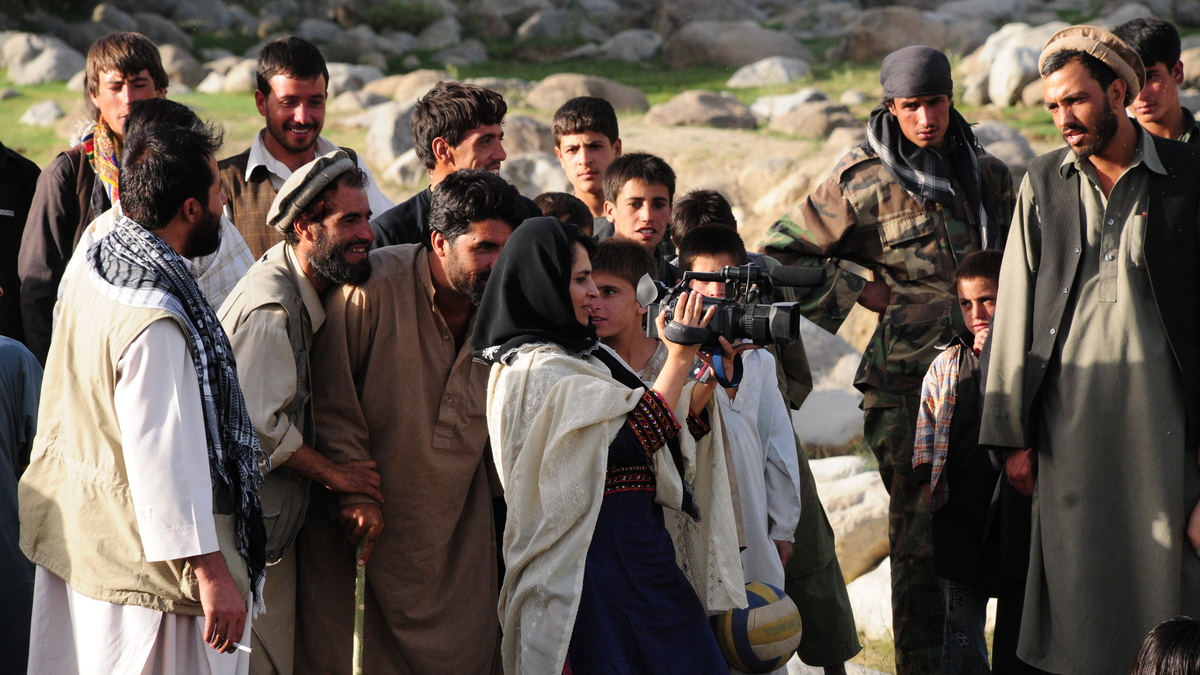 In her documentaries, Samar Minallah Khan focuses on men to change the way women are treated.

In 2004, in response to her documentary, Pakistan officially outlawed swara. No longer can women legally be given as compensation for crimes. The punishment for offenders is three to 10 years in jail.

"You can never underestimate the power of law," she says. "But it's too soon to see how it will be implemented."

Khan has continued to make documentaries that shine a light on this practice, and she actively works to raise awareness about the law. In the rural tribal regions of Pakistan, changing the opinions of the powerful is as important as changing the laws.

And almost as difficult.

At the Kennedy Center ceremony, videos highlighted the work of the five honorees. Khan's video featured interviews with young men wrestling with the changing culture in Pakistan.

Until feminism is cool in rural Pakistan, Kahn will keep advocating for women — by working with men.