Accessibility links
Michelle Obama Is A Rock Star For Global Teen Activists : Goats and Soda The first lady spoke to 200-plus girls gathered in Washington, D.C., for the Girl Up Leadership Summit. Was she inspirational? Need we even ask?

Michelle Obama Is A Rock Star For Global Teen Activists

Michelle Obama Is A Rock Star For Global Teen Activists 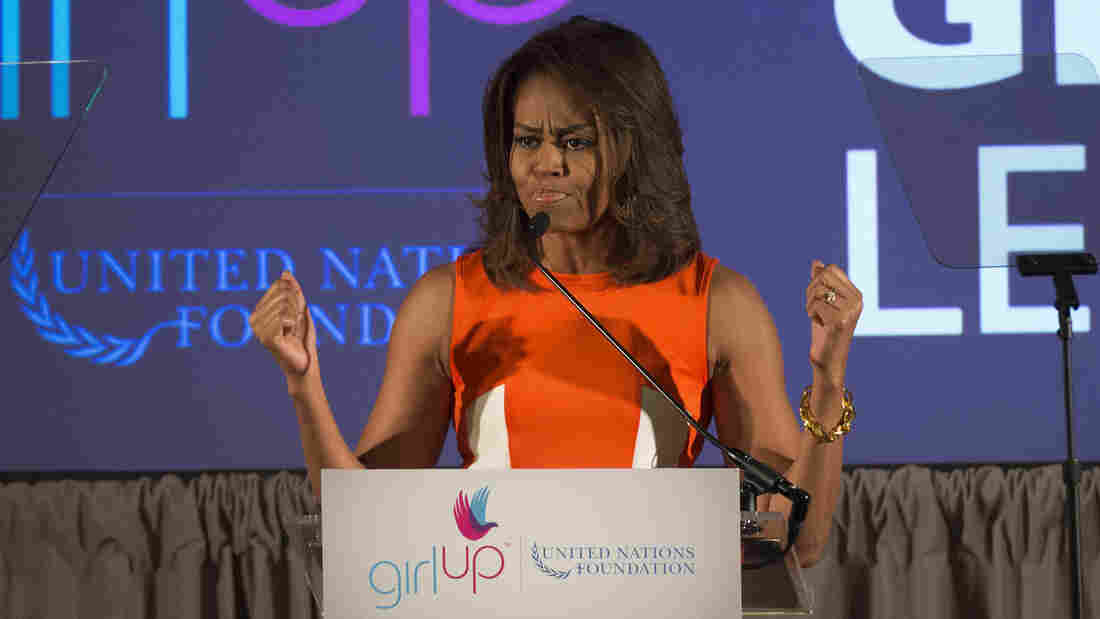 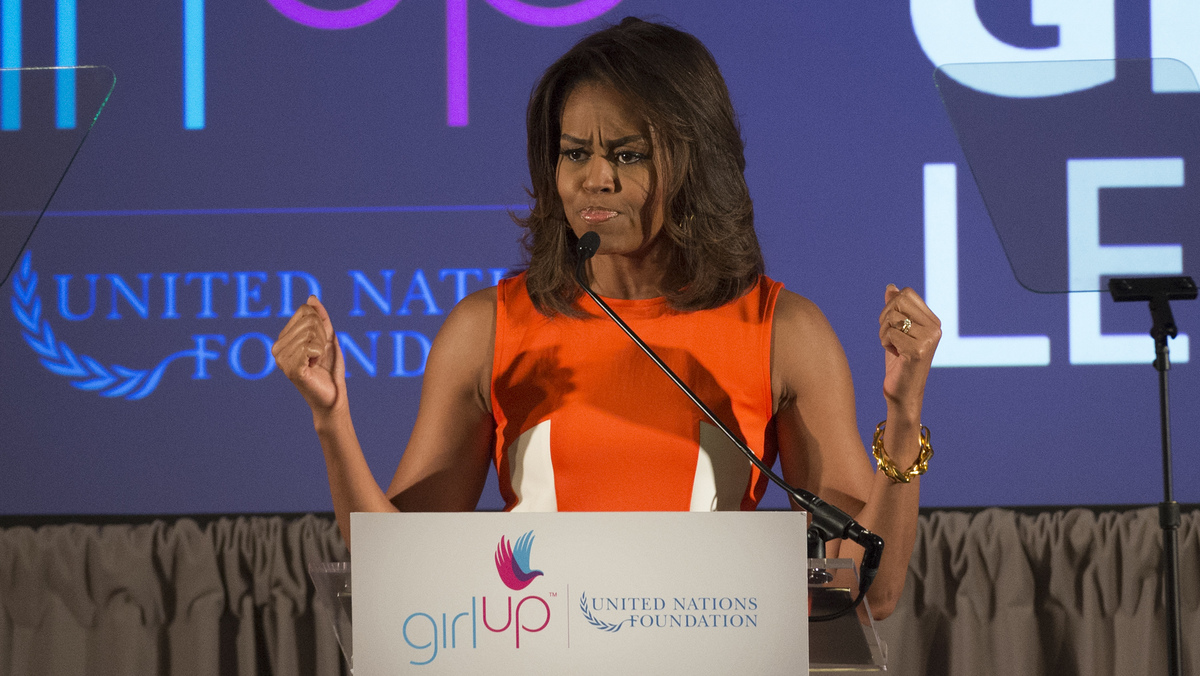 She was only 15 minutes late. That's amazing! After all, she is the first lady of the United States. She has a busy schedule. She was scheduled to speak to the Girl Up Leadership Summit at 11:15 a.m. And by 11:27ish she was in the house.

Time To 'Girl Up': Teens Fight For The Right To School, Soccer

"You all look amazing," Michelle Obama told the 200-plus activists who represent some of the world's 1,000 Girl Up clubs. They'd come to Washington, D.C., to bond, to learn about girls' issues and to lobby Congress.

(Readers, I know you want to know, so I'll tell you: Michelle Obama also looked amazing in a bright-orange, sleeveless shift with white side panels.)

Her speech was kind of amazing, too, because yes, she did what you'd expect. She praised Girl Up for its work promoting education for girls (which is one of Obama's priorities in the "Let Girls Learn" initiative) among other things.

But she also made two subtle and important points about activism.

Point No. 1: Activism should be personal. "Start with whatever issue moves you here" — she presses her hand to her heart, noting, "I want to tell you I'm passionate about the 62 million girls" who want to go to school but are unable to because of school fees or discrimination or the distance they'd have to travel.

Point No. 2: An activist who takes on a huge issue like girls' education could end up feeling "heartbroken, angry, overwhelmed." The key is to remember that you can't solve it all at once, Obama said. "We can approach this issue, one school, one village, one girl at a time. That's how you make change in this world."

She closed her 15 minutes of remarks by telling the teen activists: "I see myself in you. I see my daughters in you. When you become an old mother like me you will know what I mean."

And then the world's coolest old mother mingled with the adoring girls. And even though selfies were expressly discouraged by TV screens that flashed a hashtag something like: #noselfieswiththefirstlady ... well, you know there is no discouraging a girl activist.

"Did you get a selfie?" one girl asked a friend.

"Oh my God, I did," her friend said. "But I was too far so she's like looking at my camera. But it counts!"