Accessibility links
Chicken Owners Brood Over CDC Advice Not To Kiss, Cuddle Birds : Goats and Soda The health agency says kissing and cuddling chickens could be contributing to outbreaks of salmonella. But backyard chicken owners aren't about to lay off the birds. 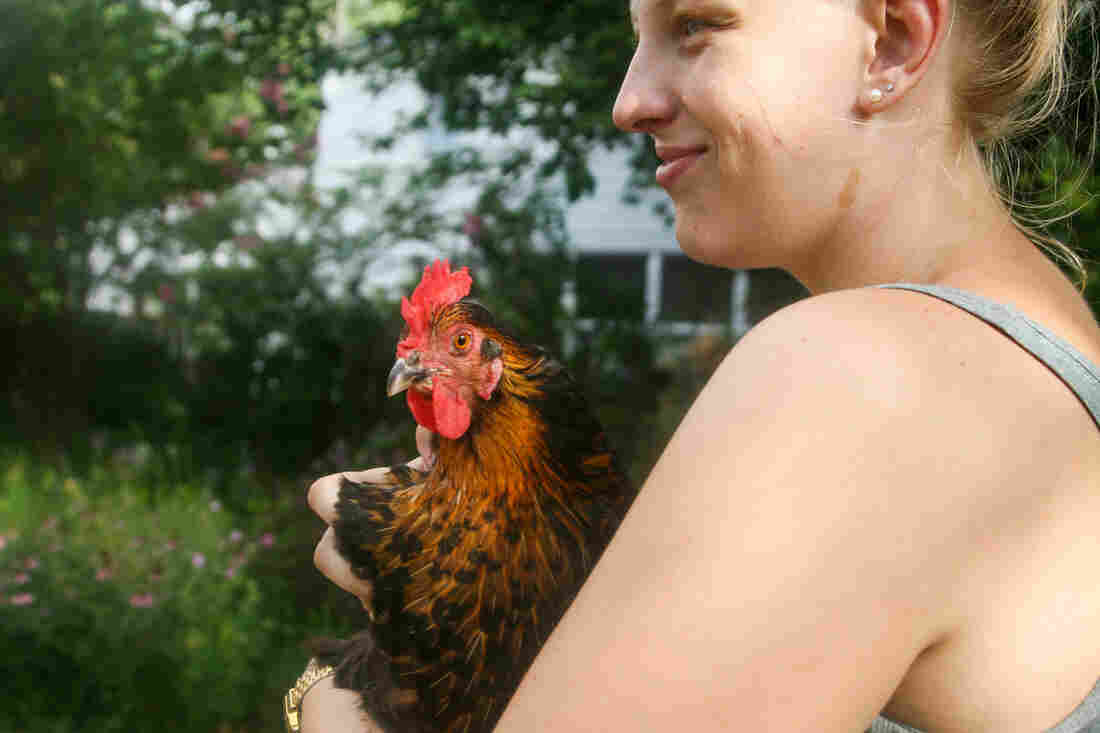 Ioanna Mattke holds Raven, one of six hens that her family owns. The Mattkes have raised Raven since she was a day old. Jason Beaubien/NPR hide caption 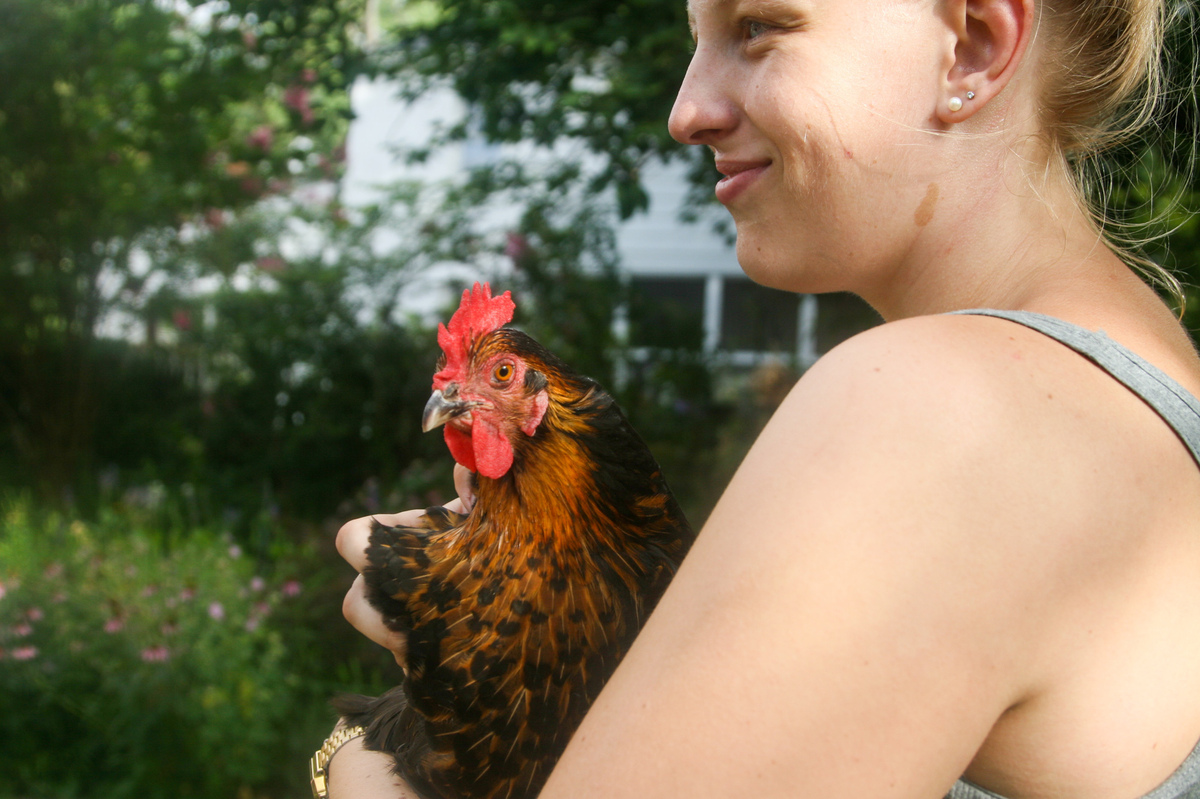 Ioanna Mattke holds Raven, one of six hens that her family owns. The Mattkes have raised Raven since she was a day old.

African Cities Test The Limits Of Living With Livestock

Want To Be A Chicken Farmer? Try It Before You Commit

That's the message from the Centers for Disease Control and Prevention, which is blaming a salmonella outbreak on backyard chicken owners being overly affectionate with their flocks.

The CDC says more than 180 people have come down with salmonella across the U.S. this year from contact with backyard poultry. Thirty-three of them became so sick they required hospitalization.

"We do not recommend snuggling or kissing the birds or touching them to your mouth," says Megin Nichols, a veterinarian with the CDC, "because that is certainly one way people become infected with salmonella."

Over the past 10 years there's been a boom in backyard poultry in the U.S. And while the CDC may view chickens as potential vectors of disease, a growing clutch of chicken owners views them as family pets.

Take the Mattkes, who live in a tidy suburban house on a quarter-acre lot on the outskirts of Washington, D.C.

"This is my favorite, Caledonia," Lynette Mattke says as she holds a sturdy, black and white Barred Rock hen. "I think she's the prettiest, too."

In clear defiance of the new CDC guidance issued this month against chicken/human cuddling, Caledonia is a snuggler.

"You see Caledonia, she just cuddles in. She loves to stick her head under my arm," Mattke says. "Our friends who come to visit [the chickens] are always so surprised at how soft they are. Because I guess people think about their beaks and their feet, which aren't soft. But their feathers are just so smooth and soft."

All of the Mattkes' hens have names. In addition to Caledonia, there are Lucky, Godiva, Fizby, Raven and Pearl. Mattke says her whole family loves the chickens.

"As soon as those baby chicks were in our house, we were a family that was completely smitten," she says.

Mattke says they're very careful about hygiene around the chickens. But she's more worried that some disease or a predator might strike her flock than she is about catching something from the birds.

Her 18-year-old daughter, Elia, says picking the chickens up lets you connect with them, and that's important.

"If they're used to humans holding them then you can walk in [to the coop] without worrying about are they going to jump or get scared," she says. "You want to be able to come into the pen to feed them and water them without them starting to fly all around and go crazy."

Like her mother, Elia is a big fan of the birds. She still remembers when they got their first mail-order chicks just over a decade ago.

"They came in this little box. We were so excited and we kept them in hamster cages because they were so small, they were like this big," she says holding out her cupped palm.

Neighborhood kids of all ages come over to see the chickens and help collect the eggs. Some of the kids like to swing with the birds on the swing set. The Mattkes even put out a "swimming pool" — a small pan of water for the hens to wade in during the summer.

Mattke says the birds are a surprisingly calming presence. Sometimes if she needs a little "de-stress" time, she'll bring a stool into the coop and sit with the hens. "They come. Caledonia will jump up in my lap. They make this peaceful farm noise. What's better when you're in the middle of a workday than to hear that?"

The CDC is arguing against this type of casual human/chicken fraternizing.

"While poultry do appear clean they do carry bacteria," says CDC vet Nichols.

She also warns that backyard chicken owners should make sure their birds stay in the backyard and do not come into the house.

"We encourage that people live in their environments indoors and poultry stay outdoors," Nichols says. She adds that if people do handle their chickens, they should make sure to wash their hands afterward.

Mattke says the benefits of holding these dynamic, interesting pets outweigh the risks. Plus, she adds, you can't beat fresh eggs for breakfast.