Accessibility links
Trying To Get The World Unhooked From Hookworm : Goats and Soda The worm infects 740 million people and causes anemia and loss of protein. A vaccine is in the works. And some brave souls are testing it out by ... getting infected with hookworm. 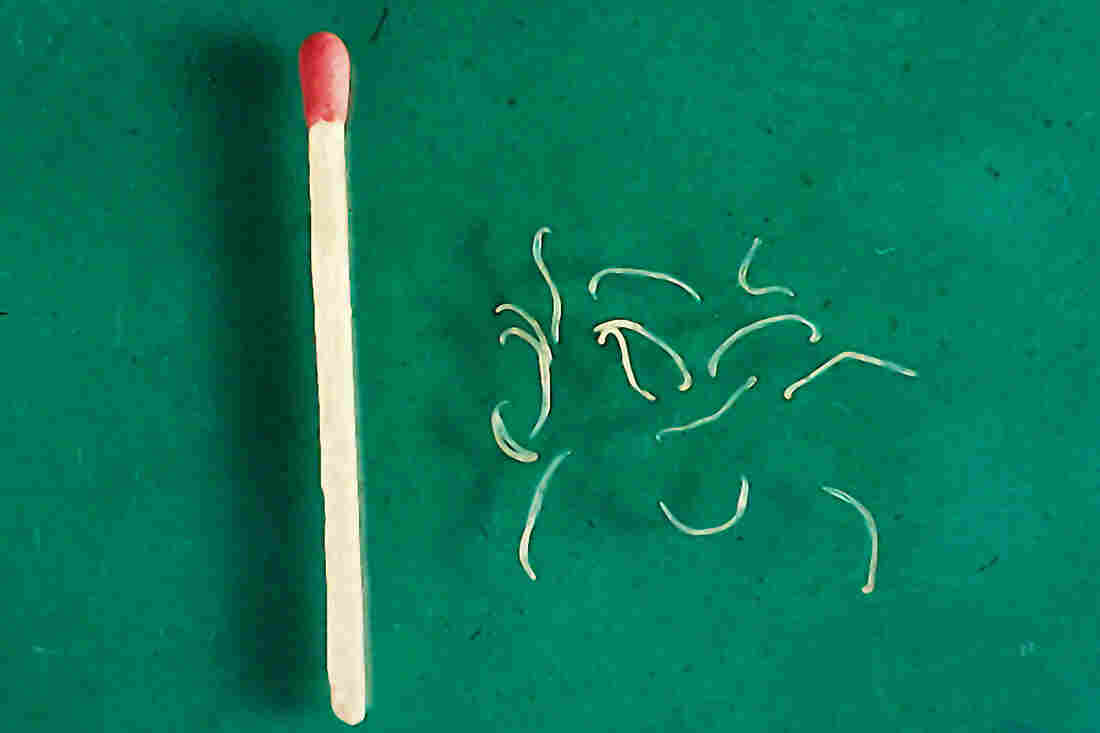 Adult hookworms, from a dog. The larva, which penetrate the skin, are even smaller. Agency-Animal-Picture/Getty Images hide caption 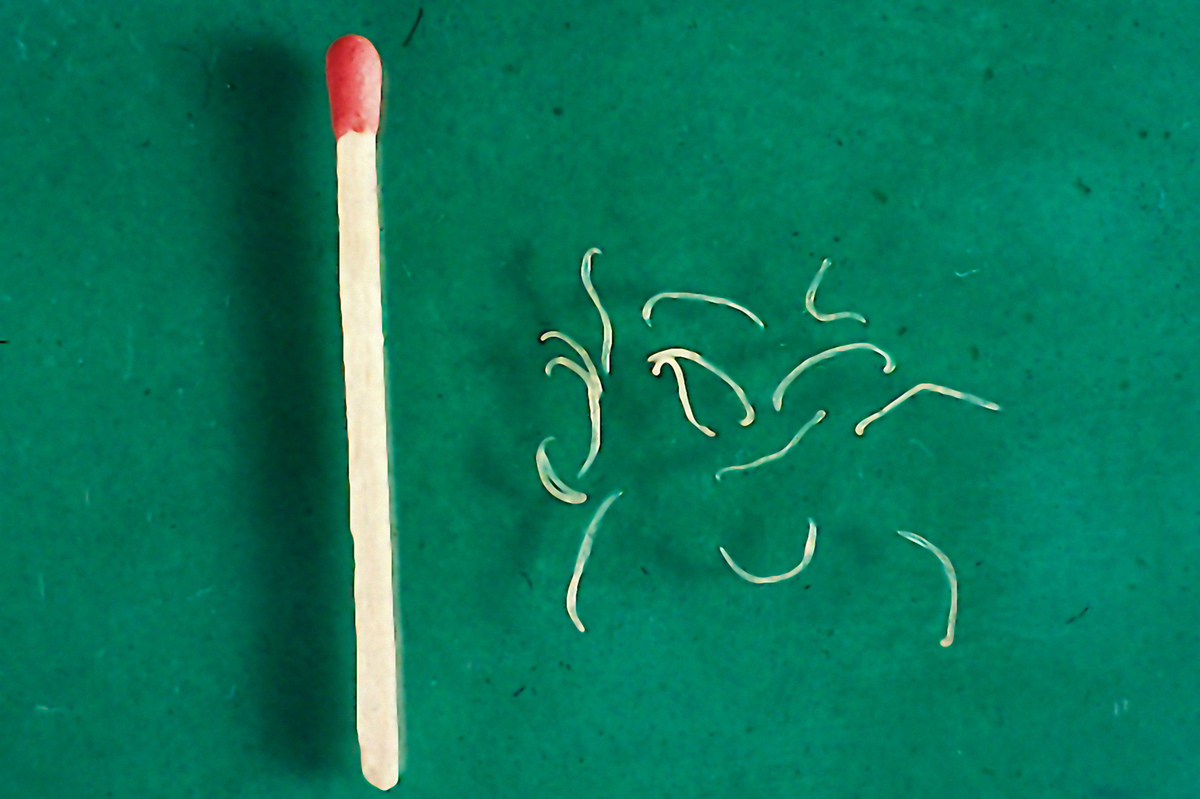 Adult hookworms, from a dog. The larva, which penetrate the skin, are even smaller.

This week, Goats and Soda learned of a pretty icky research experiment taking place in our nation's capital. People are becoming infected with hookworm in the name of science, as researchers seek to develop a vaccine.

An article in the Washington Post reported that a small group of brave volunteers are letting the parasites enter their skin and then are living with the worms in their body for three months. If that doesn't sound bad enough, they also have to bring in weekly stool samples.

Hookworm disease is the leading cause of anemia and protein deficits in developing nations, affecting an estimated 740 million people, mainly in the tropics of Africa (especially in sub-Saharan Africa), India and the Indian subcontinent, South America and Southeast Asia.

Hookworm is spread when an infected individual defecates outside, leaving behind stool that's contaminated with hookworm eggs. These eventually hatch, contaminate the soil and cling to anyone walking by barefooted, who can then be infected.

To learn more about hookworm, we chatted with Dr. David Diemert, an infectious disease expert at George Washington University. He leads the vaccine project, which is sponsored by the Sabin Vaccine Institute.

Hookworm is considered a neglected tropical disease. Why is that?

This is one of the most important parasitic infections in terms of global health impact. Most of the people who have it are in rural, poor areas of the world. It's not at all a disease of the developed world. People who get it tend to be neglected by healthcare systems.

What happens after a person is infected?

The parasite enters through the skin and very quickly makes its way to your intestine, where it lives as an adult worm. It can basically attach onto the lining of your gut and feed on your blood.

Does it hurt when the hookworms burrow into you?

(Laughs.) They are microscopic so you don't feel them going into your skin. We say they "penetrate" your skin quickly. They usually go in thru a hair follicle and then head to the blood stream, but you don't feel them doing any of that. After the larvae get onto the skin, you almost have like a skin reaction, like when you get an itchy mosquito bite. It's an allergic reaction to presence of the parasite.

So it doesn't "burrow" into you?

No. That sounds like a big organism is a making a hole in your skin, and that's not at all what happens.

I've read that symptoms from hookworm can include diarrhea, weight loss, fatigue and abdominal pain. Are there other issues?

The worse clinical effect is developing anemia. Over time, [the blood-feeding hookworms in your intestines] lead to a loss of iron, which leads to anemia.

People start getting infected when they're kids and spend the rest of their living with hookworms. They become chronically anemic. This is especially bad for kids and pregnant women, who have a high need for iron. Over time, kids don't grow properly and their physical and cognitive growth is stunted. [Hookworm] can result in loss of pregnancy or other poor outcomes like underdeveloped babies.

Can hookworm be treated?

We can treat [hookworm infection] effectively with a drug [albendazole or mebendazole].

That sounds good. Any problems with the drug program?

First, it's difficult to get a drug out to everyone who needs it every year. Second, treating the infection does nothing to prevent more infection. The drug might kill off all the worms at that point in time, but [patients] just go back outside and can get re-infected rapidly. It's only a temporary reprieve. When you don't have proper sanitation or disposal of human waste, it's difficult to break the transmission of hookworm. Third, and probably the most worrisome thing, we only have one class of drug that's effective for hookworm. If widespread drug resistance is developed, we have nothing else to treat hookworm.

Tell me about the vaccine you're working on.

George Washington University is part of a group that's working on a vaccine for hookworm. We currently have two different vaccines undergoing clinical trials in Brazil and Africa. We plan to combine those two into a single product for a more effective vaccine. The plan is to have that licensed by 2024.

Has the Washington Post article brought forth any new volunteers for the vaccine study?

We sure got a lot of calls today. It's always difficult to recruit people, especially when we say, 'We're going to give you worms.'"