Accessibility links
Carnations, Coffee And Denim: A Look At Kenya's Top 10 Exports : Goats and Soda Those jeans you bought at Walmart? They might have been made in Kenya. Here's a look at the country's leading exports.

Carnations, Coffee And Denim: A Look At Kenya's Top 10 Exports

Carnations, Coffee And Denim: A Look At Kenya's Top 10 Exports 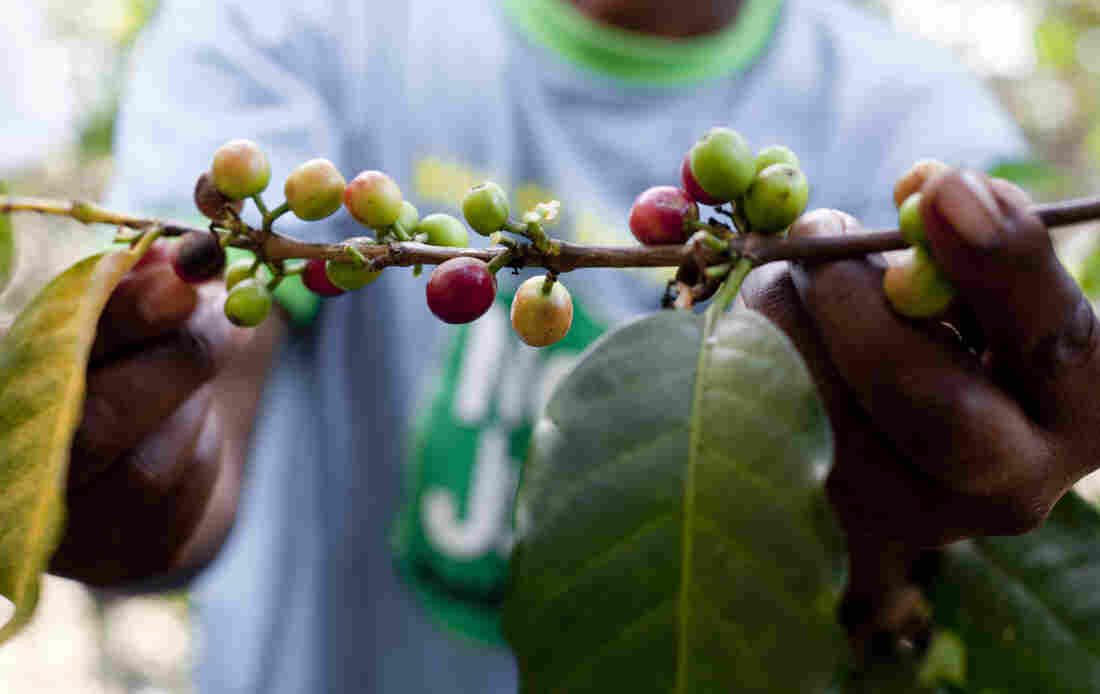 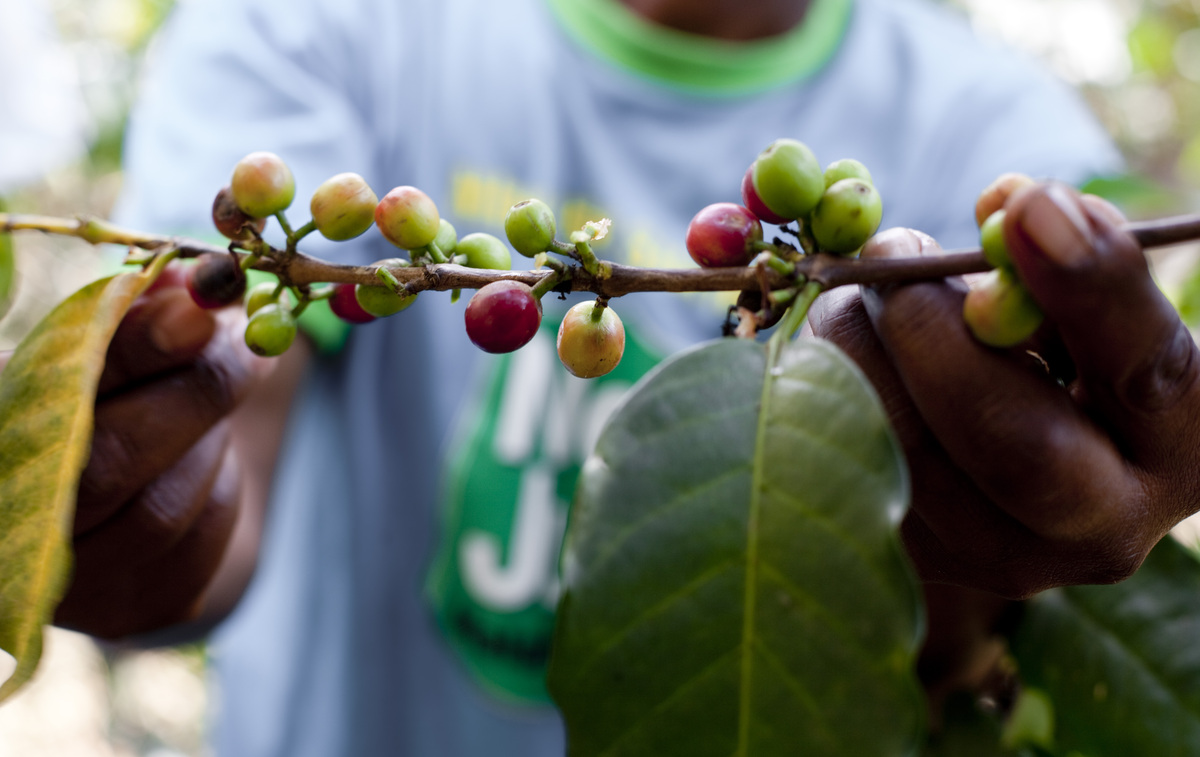 Beans are picked at a coffee cooperative in Embu, Kenya.

Arriving in his father's homeland, President Obama has business on his mind.

The president will spend portions of his visits to Kenya (where his dad was born) and Ethiopia discussing security cooperation, but in a White House speech Wednesday, the president described his trip mainly as an opportunity to forge new economic ties.

Noting Kenya's expanding financial sector, International Monetary Fund representative Armando Morales describes the country as a "business-minded society." Kenyans have greater access to financial services and technology like cell phones than many neighboring countries, he says, and this has paved the way for new businesses.

"The entrepreneurial spirit has always been something that Kenya has shown," he says.

"Despite its many challenges — and we have to be clear-eyed about all the challenges that the continent still faces — Africa is a place of incredible dynamism, some of the fastest-growing markets in the world, extraordinary people, extraordinary resilience," Obama said. "And it has the potential to be the next center of global economic growth."

In a testament to that potential, Obama's Kenya itinerary features a trip to the Global Entrepreneurship Summit — an annual conference being held for the first time in sub-Saharan Africa. With the president preparing to address the summit Saturday, Goats and Soda took a look at one corner of the host country's economy: its sales to the rest of the world.

For insight into Kenya's top export sectors, we talked with Armando Morales, the International Monetary Fund's resident representative in Kenya, and Maria Paulina Mogollon, a Kenya-based finance and private sector development specialist for the World Bank.

Julians Amboko, a research analyst at the Nairobi-based financial advisory company Stratlink, helped us identify the country's top 10 export sectors in 2014. Total export sales from last year are shown rounded to the nearest dollar, using an exchange rate of 100.8 Kenyan shillings to the dollar. The data comes from Kenya's National Bureau of Statistics.

"Within horticulture the biggest product is flowers," Mogollon says. Most of the exported roses, carnations and other flowers make their way to Europe, where they make up more than one-third of cut flowers sales. The Netherlands represents a key market.

Flowers accounted for 71 percent of Kenya's horticulture export earnings in 2014, according to Amboko. Vegetables comprised another 22 percent and fruit made up the remaining 7 percent.

As with flowers, most of the fresh produce goes to Europe as well. Why aren't Kenya's neighbors buying? "The other countries [in East Africa] can grow them themselves," Mogollon says.

The country's top export in past years, tea placed second in 2014.

"The main market is the Middle East," particularly Egypt and Pakistan, Morales says. Export earnings from tea are relatively volatile, subject to drought and also foreign market forces. Trade disruptions related to the Arab Spring may have prevented tea from being the country's top export last year, Morales says.

Nonetheless, he says, "we believe tea is still a leading export and will still be for many years to come."

Drawn by the combination of coastline and safari opportunities, foreign tourists have made this sector another one of the country's top exports. (Economists consider tourism an export.)

"Until 2011, there was a lot of optimism" about the growth potential of the tourist sector, Morales says.

Since then, tourism has taken a hit as a result of sporadic but high-profile terrorist attacks inside the country, including the 2013 siege at Nairobi's Westgate mall and this April's massacre at a university in Garissa.

Tourists from Asia and India have been coming in larger numbers than before, Morales says, but the number of European and American visitors remains down from several years ago.

"If tourism recovers, it will be an interesting case in Africa where service exports [could become] more important than commodity exports," Morales says. "We hope that with the security problems being addressed properly and with perceptions being improved over time, this has the potential to become one of the leading sources of foreign exchange in the country."

Exports to the United States, a major market for Kenyan clothing, have been increasing at a steady clip, Mogollon says. "It really is surprising how much it's increased," she says.

According to a profile in the Financial Times in December, the country's largest apparel factory employs more than 10,000 people and supplies denim to companies like Walmart and H&M.

By one measure, apparel exports to the U.S. increased at an average rate of 17 percent each year between 2010 and 2014, "a really impressive growth rate," Mogollon says.

As with flowers and produce, Europe is the primary market for Kenyan coffee beans, Morales says.

As such, these sectors have felt repercussions of Europe's economic downturn.

"Europe, as we know, has been facing a slowdown in recent years, so that has been playing against [Kenyan exporters]," he says.

Still, boosted by high coffee prices, the exports in this sector grew 20 percent in 2014 over the previous year, according to a year-end World Bank report.

These five export sectors are followed by: