Accessibility links
What Does Namaste Mean? Georgia School Bans The Greeting : Goats and Soda Georgia parents were uncomfortable with the phrase's seeming religiosity. But to our author who grew up in India, namaste was a way of saying hello — respectfully — to his elders. 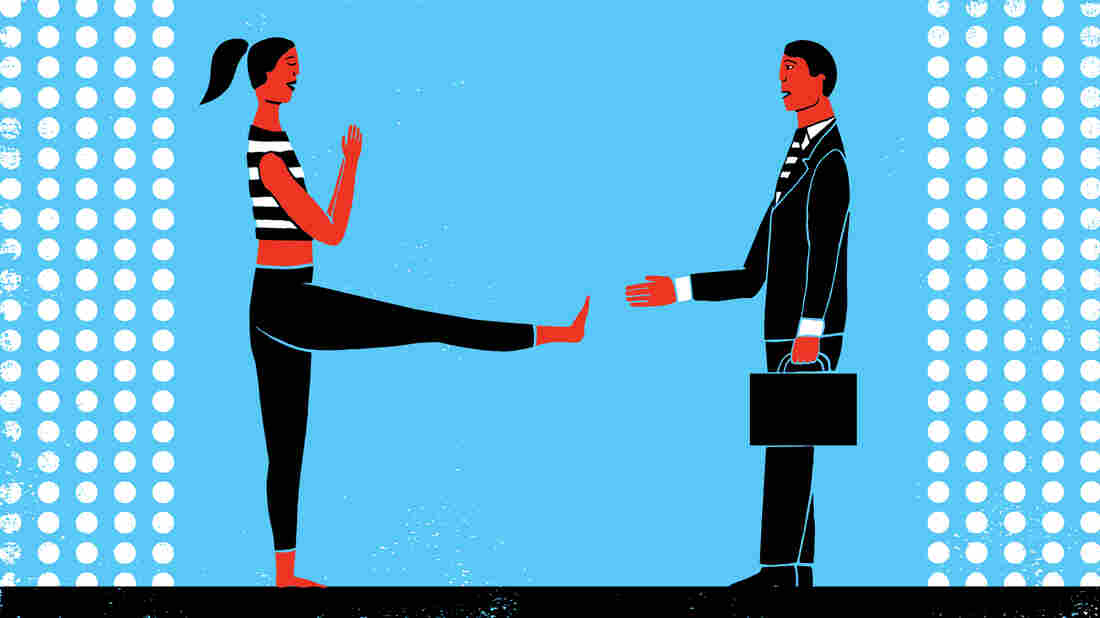 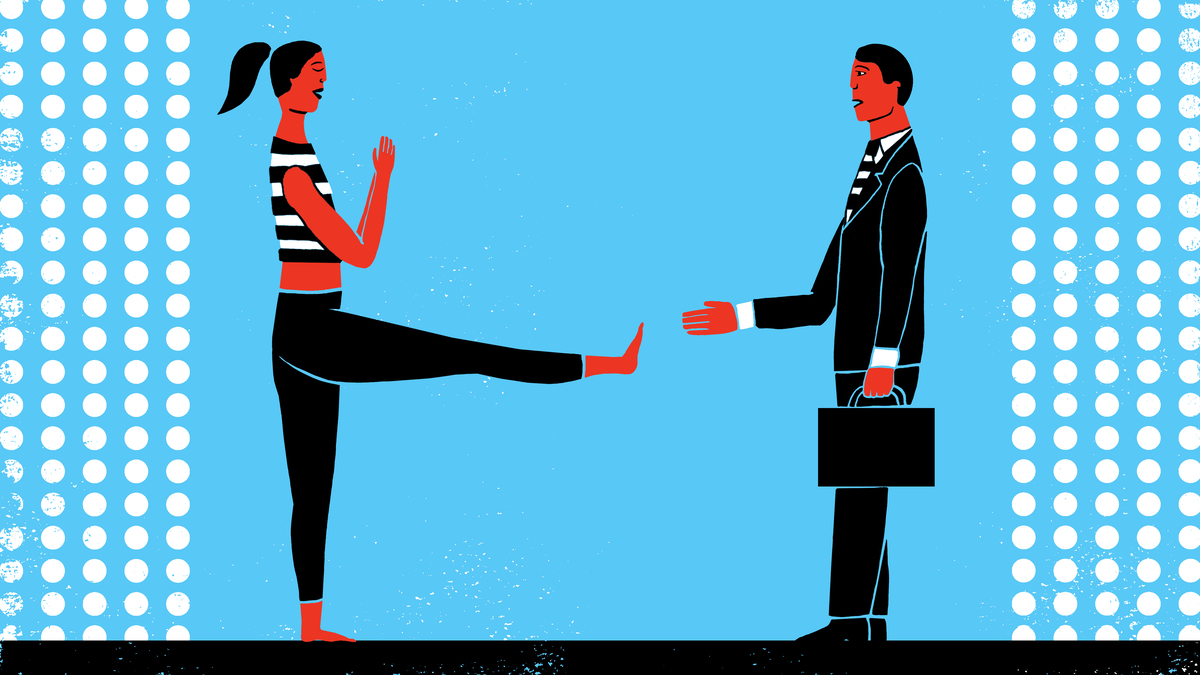 Editor's note: This post was originally published on July 26, 2015. The topic — the meaning of the greeting "namaste" — was in the news this week. According to a report in the Atlanta Journal Constitution, a Georgia elementary school introduced yoga classes to de-stress students, but some parents thought that certain elements of the practice reflected a "non-Christian belief system." The school sent an email about changes in the way yoga will be taught. One change: The greeting "namaste" will be banned.

If you take a yoga class in the U.S., the teacher will most likely say namaste at the end of the practice. It's a Sanskrit phrase that means "I bow to you." You place hands together at the heart, close your eyes and bow.

That's not the namaste I know.

My parents taught us to say namaste as kids growing up in India. They told my younger sister, my brother and me that it was good manners to say namaste to the elders. It was the equivalent of hello, but with an element of respect. If we didn't say namaste, they wouldn't consider us to be good kids.

My brother, the youngest and the naughtiest of us, moved his lips pretending to say namaste but actually swore, cursing the person's mother. He thought it was fun that he could swear at someone like that and get away with it. Namaste covered up his true intent.

My sister also had her own spin. When she grew tired of the visitors, she'd wish them namaste to suggest they should leave. There was a particular "uncle" who visited frequently and stayed for hours. He demanded cups of tea and bossed us around — get this, get that, do this, do that. When my sister couldn't take it anymore, she'd resort to the respectful greeting, namaste, to send the message to the much-hated uncle: It's time to go home!

Every time he got up to use the bathroom, she'd promptly say, "Namaste, Uncle!" That uncle knew what her game was, but he wouldn't play. He'd respond in an irritated tone, "I'm not going yet, OK, you ill-mannered girl."

We all chuckled at his reaction. My mother frowned at us for this behavior. She, too, didn't like the man, but she didn't want us to be rude to him.

I also developed my own relationship with namaste. My father expected us, mostly me as the eldest son, to touch our relatives' feet. You bend down, touch the feet with both hands, then touch your forehead. Touching people's feet, in Hindu culture, is considered to be the highest degree of respect you can give to your elders. It is reserved for grandparents, parents, teachers and a few relatives — ones who were considered as deities.

Sometimes I didn't feel like touching their feet. So I'd try to get away with just a namaste. When my father caught me doing that, he said, "No, no, no. You ought to touch his feet." I'd reluctantly bend down and graze my hands around the person's knees, which was still not as good in my father's eyes. He wanted me to touch the feet, not knees.

But sometimes, I did get away with just saying namaste. It made me feel good. I could blurt it out from where I was, with no foot contact.

In the past few years, namaste has reinvented itself. And the U.S. gets a lot of the credit (or blame). After moving to the United States, I went to a yoga class and heard the teacher say namaste. She had her hands joined in front of her, elbows sticking out. Her namaste sounded different from the one I knew. I say, "num-us-teh" vs. the Americanized "nahm-ahs-tay."

After the class, I started paying attention to what Americans mean by namaste. I got the feeling that they didn't think of it just as a greeting, but it had a spiritual connotation — a Hindu mantra, a divine chant, a yoga salutation. Using namaste in India never made me feel spiritual in any way. Even in the yoga classes I took in India, the teachers never uttered a namaste.

But then I had an odd namaste experience in India. A few years ago, I was visiting Pushkar, a holy Hindu town in the western state of Rajasthan. The town is a major destination for foreign tourists who seek spiritual awakening. When I got there, I noticed locals, touts and hawkers in a backpacker's area, standing on their balconies, or on the front porch of their homes, striking the pose and saying namaste to every tourist who passed by. The smile, tone and style of namaste were exactly like that of the teacher in my yoga class in the United States.

I live in America now, and when I hear someone say namaste to me in an organic grocery store, or at a yoga retreat, I find it funny and cute. It never fails to put a smile on my face. I always get the feeling that they mean something very different than I do.

Deepak Singh is a writer living in Ann Arbor, Mich. He tweets as @deepakwriter.