Accessibility links
Tweets Welcoming #ObamaInEthiopia : Goats and Soda One of the many burning questions: "Can we get footage of President Obama eating injera?" 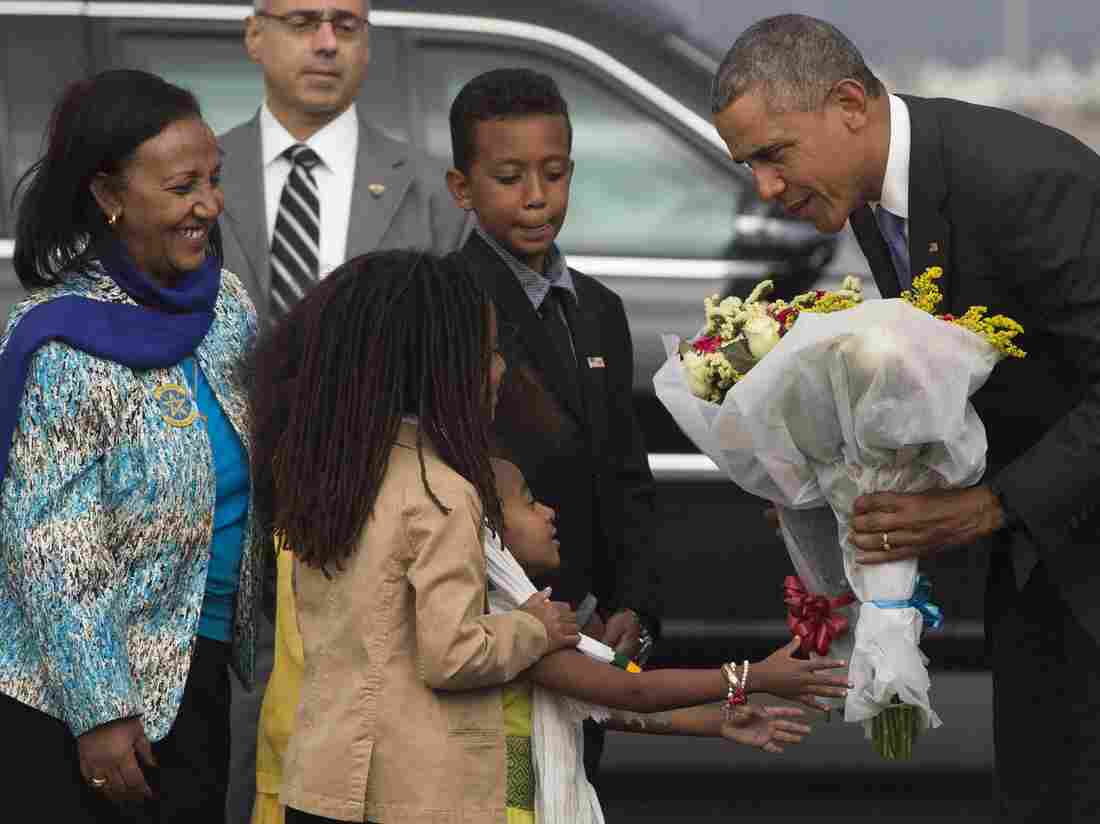 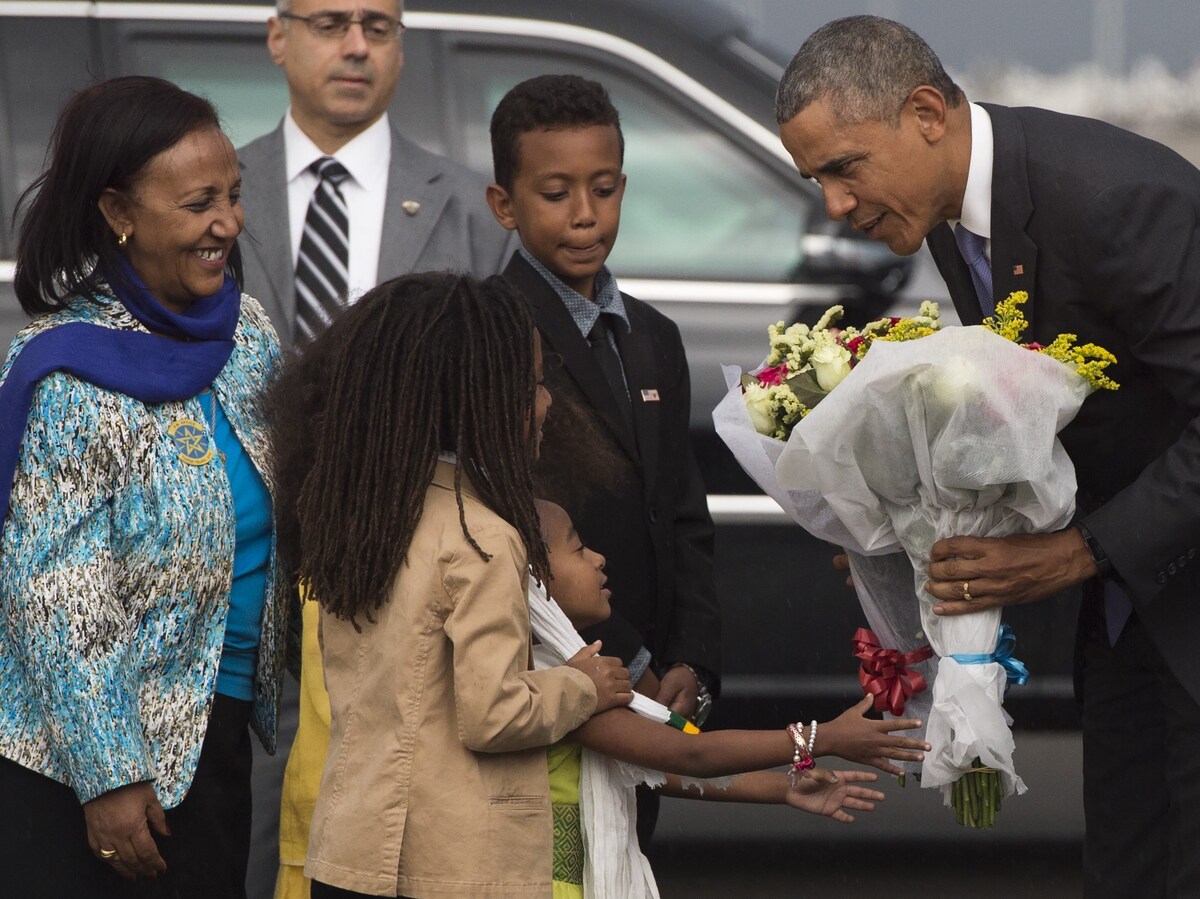 President Obama receives flowers upon his arrival Sunday aboard Air Force One at Bole International Airport in Addis Ababa, Ethiopia.

President Obama made history this week as the first sitting U.S. president to visit Ethiopia. He was welcomed with flowers, flags and plenty of tweets.

Can we get a footage of President Obama eating injera? Thank you! #ObamaEthiopia

How many tweets exactly? The #ObamaInEthiopia hashtag in particular has been used more than 10,000 times and counting in the past seven days. That's a lot, but it pales next to the 85,000 tweets for #ObamaInKenya.

If you're wondering why Ethiopian tweeters seem a bit behind the Kenyan Twitterati, who were paid a visit by the president over the weekend, maybe it's a question of access.

According to the World Bank, the Internet penetration rate in Ethiopia is just 1.9 percent compared to Kenya's 39 percent — that's the percentage of Internet users out of the total population.

Here's a roundup of what tweeters are saying about #ObamaInEthiopia:

In other news, President Obama is in my country right now #Ethiopia #EthiopiansMessageToObama pic.twitter.com/XTRxF6JChJ

Unfortunate(not surprising) tht the foreign journalists are asking the tough questions.Sums up the state of free press here.#ObamaInEthiopia

A few tweeters took note of the stark difference between the Twitter reaction in Kenya versus that in Ethiopia:

So nearly all #ObamaInEthiopia tweets are from Kenyans?? We surely run Africa twitter.

#ObamaInEthiopia is trending in Kenya and not Ethiopia.

And, of course, Ethiopians weren't going to let the president off the hook after he attempted to speak Amharic, the country's official language, during a joint news conference with Ethiopian Prime Minister Hailemariam Desalegn.

What President Obama was trying to say was "ameseginalehu," which is "thank you" in Amharic.