Accessibility links
Some Chinese Grandparents Are Making Their Grandkids Fat : Goats and Soda A new study shows that children in China who are mainly cared for by grandparents instead of Mom and Dad are twice as likely to be overweight — contributing to the country's obesity epidemic.

Some Chinese Grandparents Are Making Their Grandkids Fat

Some Chinese Grandparents Are Making Their Grandkids Fat 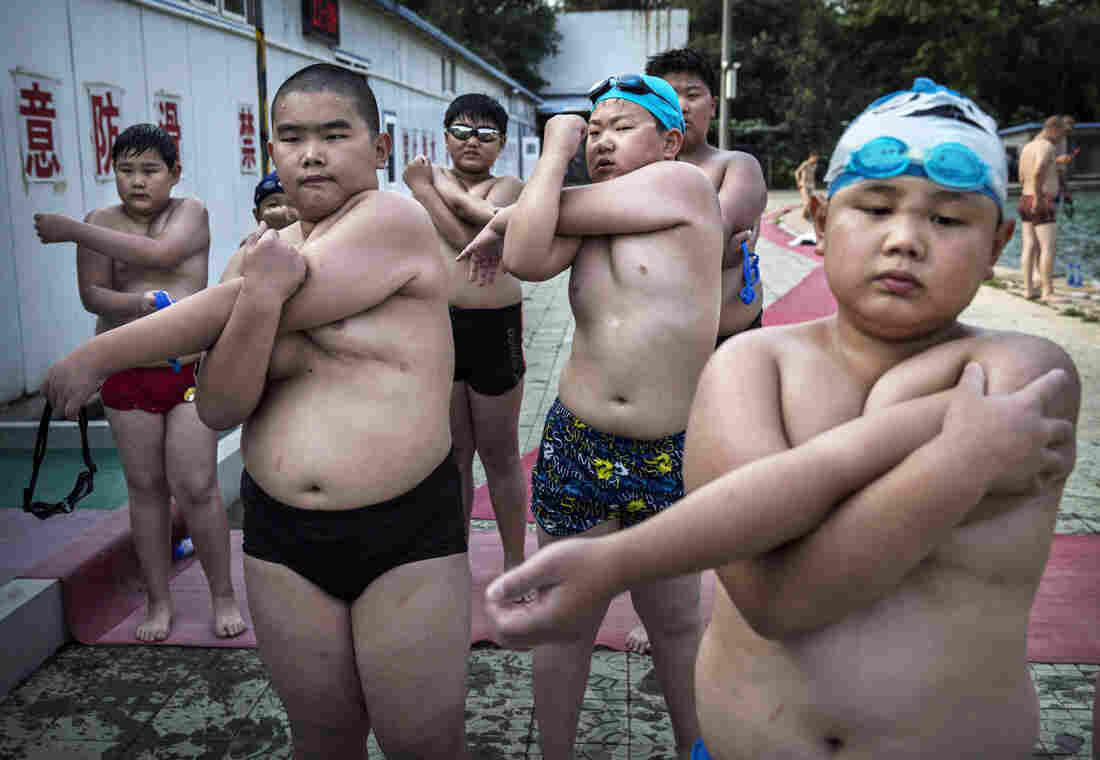 At a camp for overweight children in Beijing, students stretch after taking a swim. Kevin Frayer/Getty Images hide caption 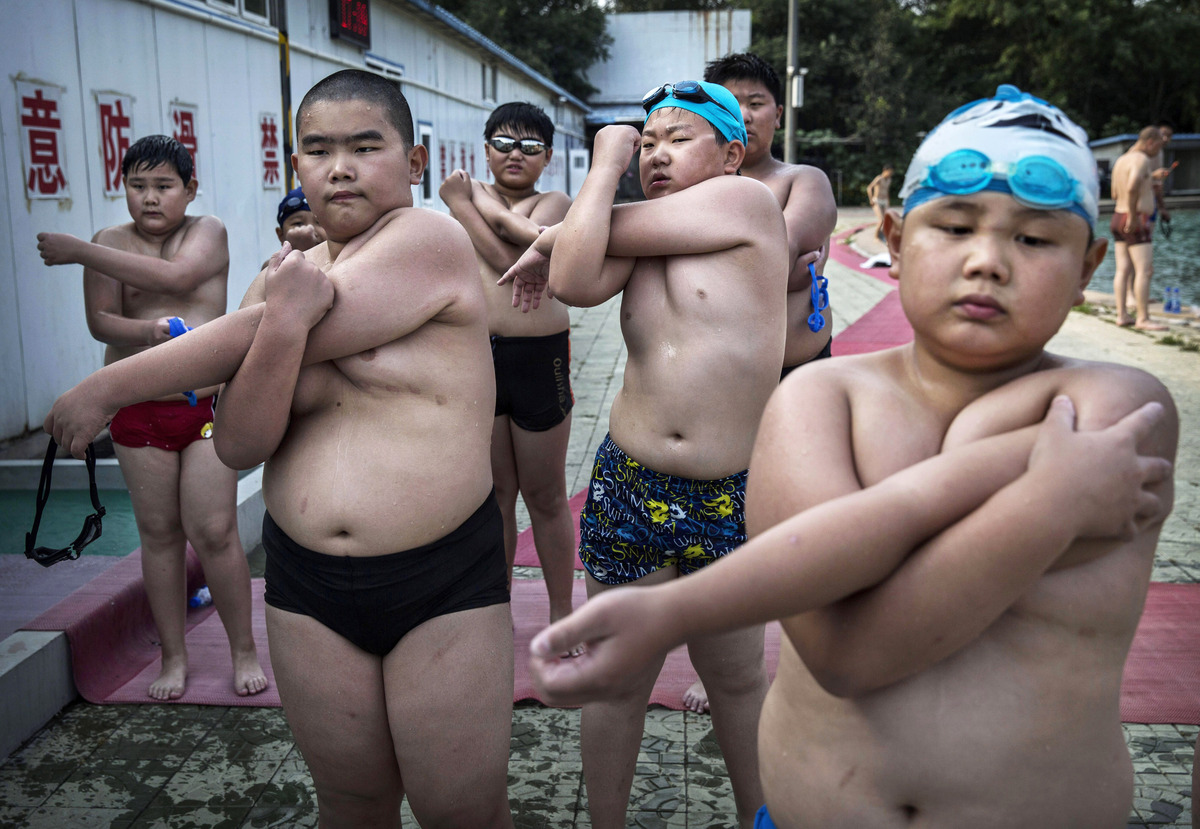 At a camp for overweight children in Beijing, students stretch after taking a swim.

Too much love and affection from Grandma and Grandpa are helping China's "little emperors" pack on the pounds.

That is, children in China who are mainly cared for by grandparents are twice as likely to be overweight or obese, according to a study published this month in the International Journal of Behavioral Nutrition and Physical Activity.

The study also concluded that children who had two or more grandparents living with them had a 70 percent higher risk of being overweight or obese, compared to those with no "live-in" grandparents.

It's not uncommon for three generations to live under one roof in China. In fact, many parents rely on grandparents to look after the kids when they're at work. But this can create a problem, especially with China's one-child policy. It's a phenomenon often referred to as the "single family treasure," in which one child has up to four doting grandparents, says University of Birmingham's Dr. Peymane Adab, the study's co-author.

Adab and her colleagues set out to discover what influences a child's health. They interviewed focus groups of 95 parents, grandparents, educators and those who prepare school meals. Then they compared nearly 500 primary school children's body mass indexes and physical activity to the role of grandparents in child care.

What researchers found was an ongoing struggle between parents and grandparents about what, and how much, children should be eating.

"[The grandparents] want to spoil their grandchildren so they give them food as a form of love," Adab said.

China has become the second fattest country in the world, with 23 percent of boys and 14 percent of girls under age 20 considered overweight or obese. Overweight is defined as having a body mass index, or weight-to-height ratio, above 25. A person is considered obese if his or her BMI is 30 or more.

When grandparents are the main caregivers, kids tend to indulge in at least two more servings of junk food per week than those cared for by a parent, according to the study.

"My mother loves seeing my daughter getting big," a woman from Guangzhou, who was not identified by name in the study, told researchers. "I said 'not so much meat and snacks and she should learn swimming,' but [my mother] doesn't understand and thinks I'm wrong."

Another study participant lamented, "In their [the grandparents'] time, meat and oil were treasures, so now they feel the more the better."

Chinese grandparents too often believe that the concept of fattening is healthful, a misconception that stems largely from their own experiences of food shortages and war.

"This generation generally knows what it means to be hungry, not have a lot of choices and be deprived," writes market analyst Paul French in his book Fat China. "Naturally they are delighted that their grandchildren ... will grow up in a country so radically different than anything their grandparents could have visualized in the 1970s, 1980s, or even 1990s."

And grandparents don't recognize obesity when they see it.

"With everyone getting overweight, you don't notice your own child is overweight," Adab says. "Plus there's the thinking that a child will just grow out of it."

Of course, you can't blame it all on the grandparents. The researchers acknowledge that the abundance of fast food and the lack of exercise among Chinese children are also critical factors. But with grandparents playing such a key role, Adab thinks they could be central to fighting obesity — not just in China but in other countries.

Earlier this month, the University of Birmingham made grandparents a target of their five-year, anti-obesity intervention in China. It's called Chirpy Dragon — a nickname that takes its letters from the phrase "Chinese Primary School Children Physical Activity and Dietary Behavior Change Intervention." The intervention will bring more than 61,000 children and their grandparents together to learn about nutrition through games, quizzes and physical exercises.

Grandparents attend programs at the schools to learn how to prepare healthy meals and snacks — and how to play games that require physical activity.

"Grandparents do care about their grandchildren; they do want them to be healthy," Adab says. It'll just be a matter of convincing the older-generation that affection doesn't always have to come in the form of chicken nuggets and red bean doughnuts. And that a trip to the park can show just as much love.