Accessibility links
One Point Of View On How Lions Can Earn Money For Africa : Goats and Soda Cecil the lion died in an apparently illegal hunt in Zimbabwe. But legal trophy hunting can bring in big bucks for Africa nations. Our interviewee thinks tourism is a far more profitable venture. 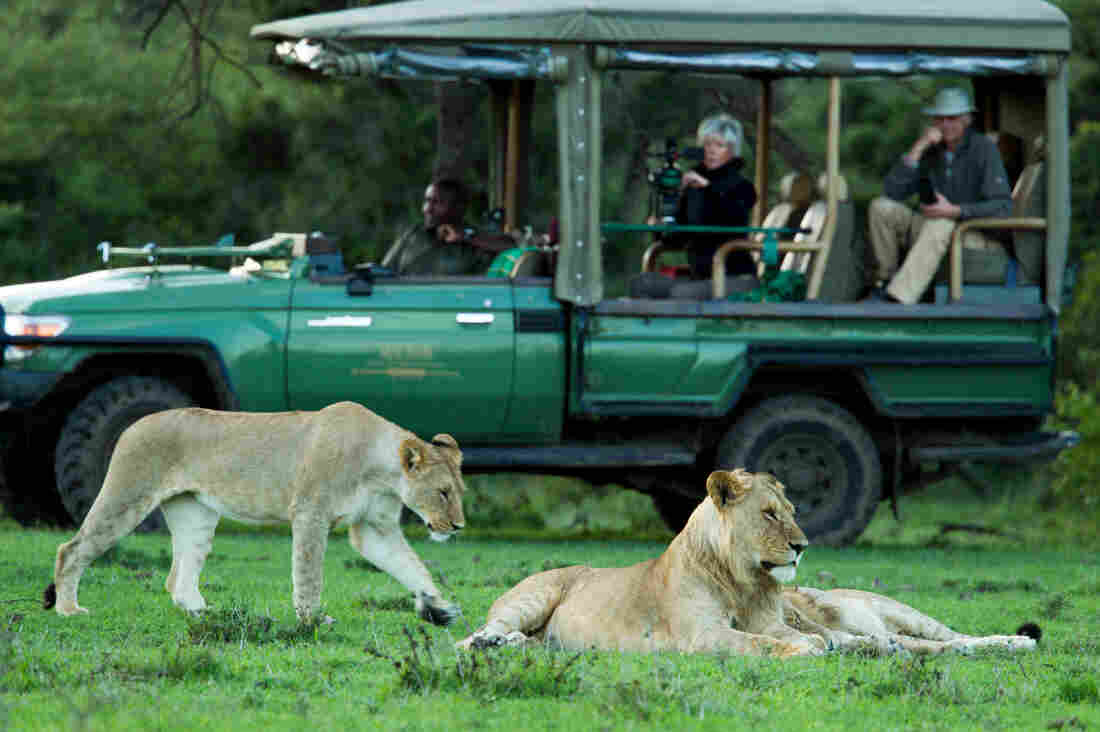 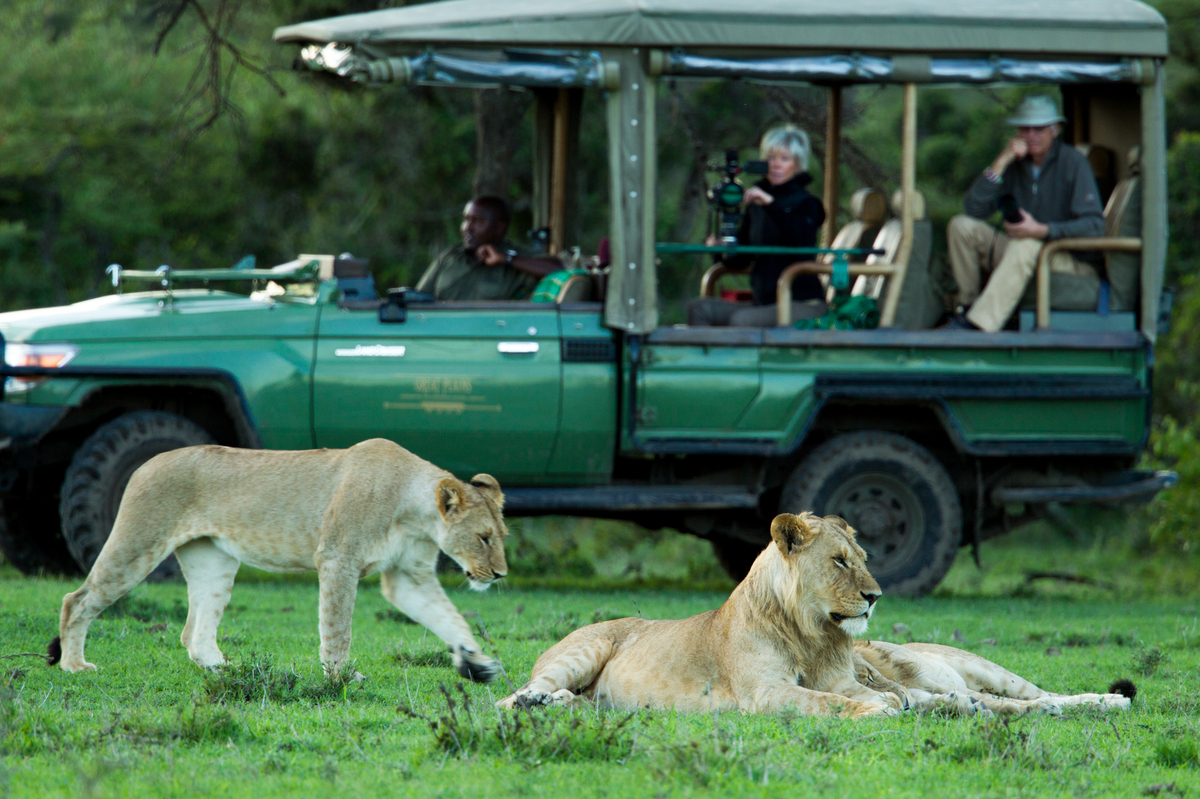 A beloved lion in Zimbabwe — Cecil was his name — was wounded with a crossbow, then later shot dead. The animal had reportedly been lured from Hwange National Park, a protected area.

The dentist who killed the lion said he believes it was a legal hunt, for which he reportedly paid $50,000.

Authorities believe the hunt was "illegal." There was no hunting quota, license, or permit for the area that the lion was killed in, and the people that lured the animal didn't have a permit, Johnny Rodrigues, chairman of the Zimbabwe Conservation Task Force, tells NPR's Audie Cornish.

But trophy hunting is not necessarily illegal. It's allowed in countries like Zimbabwe, South Africa, Namibia, Tanzania, although banned in Botswana and Zambia. The hunting industry in South Africa alone brings in more than $744 million each year, according to Voice of America.

Some of that money goes to wildlife conservation.

But there are other ways that wild animals are valuable for Africa. We spoke to Jeff Flocken, North American Regional Director of the International Fund for Animal Welfare, to hear his opinions about what wildlife hunting — and viewing — can mean for African economies. The interview has been edited for length and clarity.

What role does a lion or other wildlife play to African economies?

Wildlife can be incredible to local economies. At the same time they can be a burden. There's conflict when you have wild animals in close proximity to people – they can raid crops; with lions, they kill livestock and sometimes are known to kill human. It's important that revenue from different types of [wildlife] activities ultimately benefit local people.

Is legal hunting one way to provide this kind of economic benefit for locals?

Data shows that the revenue from trophy hunting only results to 3 to 5 percent going to local people. The rest goes to foreign outfitters and national governments. It's difficult to give a hard number because it's a complex equation, each country reports revenue differently and some don't distinguish between revenue from hunting and nature tourism.

Do we have a sense how hunting revenue stacks up against tourism revenue?

Legal trophy hunting is measured by the millions it contributes to Africa's economy while non-lethal nature viewing [is measured] by the billions.

I don't want to devalue [legal sport hunting] because it brings dollars to the government. But it pales in comparison to all the people who go to Africa to responsibly view wildlife. Nature tourism generates 13 to 15 times more revenue than trophy hunting.

Why the big difference?

A 2011 poll found over 70 percent of Americans would pay to see a lion. Less than seven percent would pay to kill a lion. And 95 percent Americans are opposed to hunting any species that are threatened, such as elephants and rhinos, and species that we suspect are endangered, like leopards. All of these can become trophies. It's a one-time economic gain that takes the animal out of the wild, out of the economy for a longtime value. In the case of Cecil, people travel[ed] to Africa to just to see him. If an [endangered] animal is taken out of the ecosystem and ends up on a mantle, tourists can't see it anymore.

What's your view of trophy hunting?

Why We Need Compassionate Conservation

It has been a part of tourism and culture for a very long time. Think about the colonists in India going off and shooting the tigers.

And your opinion is...

Are you seeing any changes in African attitudes toward trophy hunting?

There seems to be a movement away from exploiting these animals that are in decline. Kenya is looking for ways to live with wildlife without killing them. They banned all hunting [in 1977]. Botswana limits hunts for big cats. The U.S. recently banned sport-hunted elephant trophies imported from Tanzania and Zimbabwe. Other countries have been looking at bans on imports of different imperiled species. Nobody has to kill an animal to save it.