Accessibility links
Ebola Vaccine Hailed As 'Game Changer' In Fight Against The Virus : Goats and Soda In a small trial, an experimental vaccine protected 100 percent of people at high risk for Ebola. But more data are needed to figure out exactly how well the vaccine works. 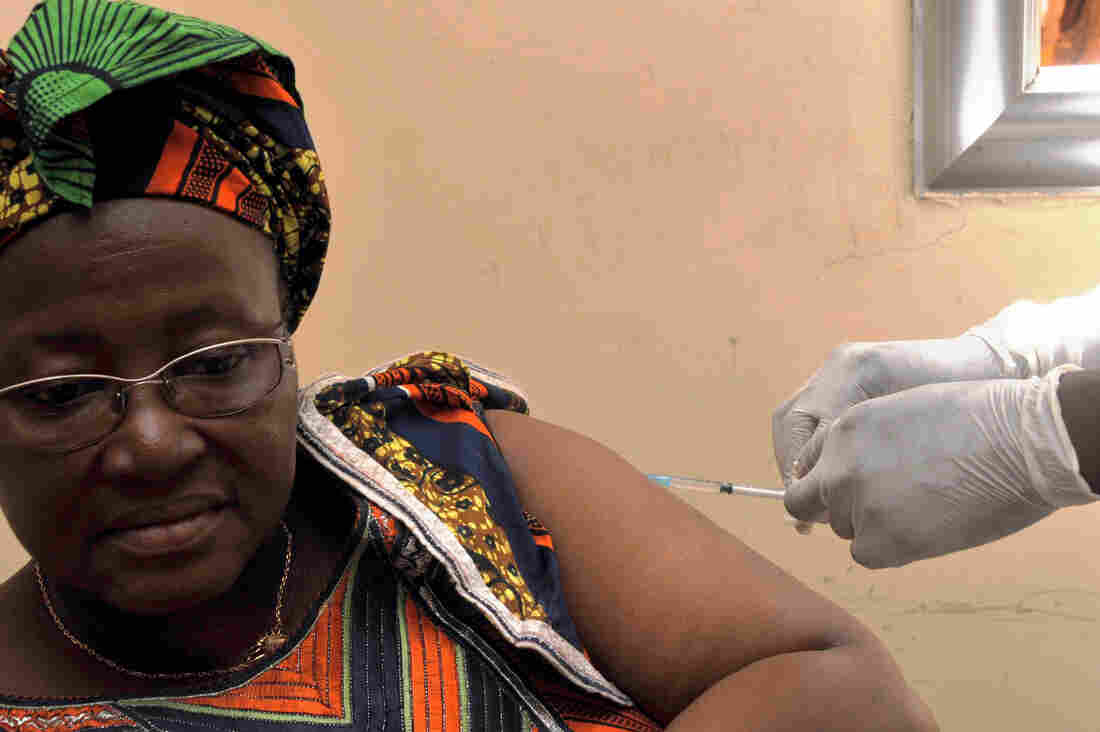 A woman receives the rVSV-ZEBOV Ebola vaccine at a clinical trial in Conakry, Guinea. The vaccine appears effective after only one shot. Cellou Binani/AFP/Getty Images hide caption 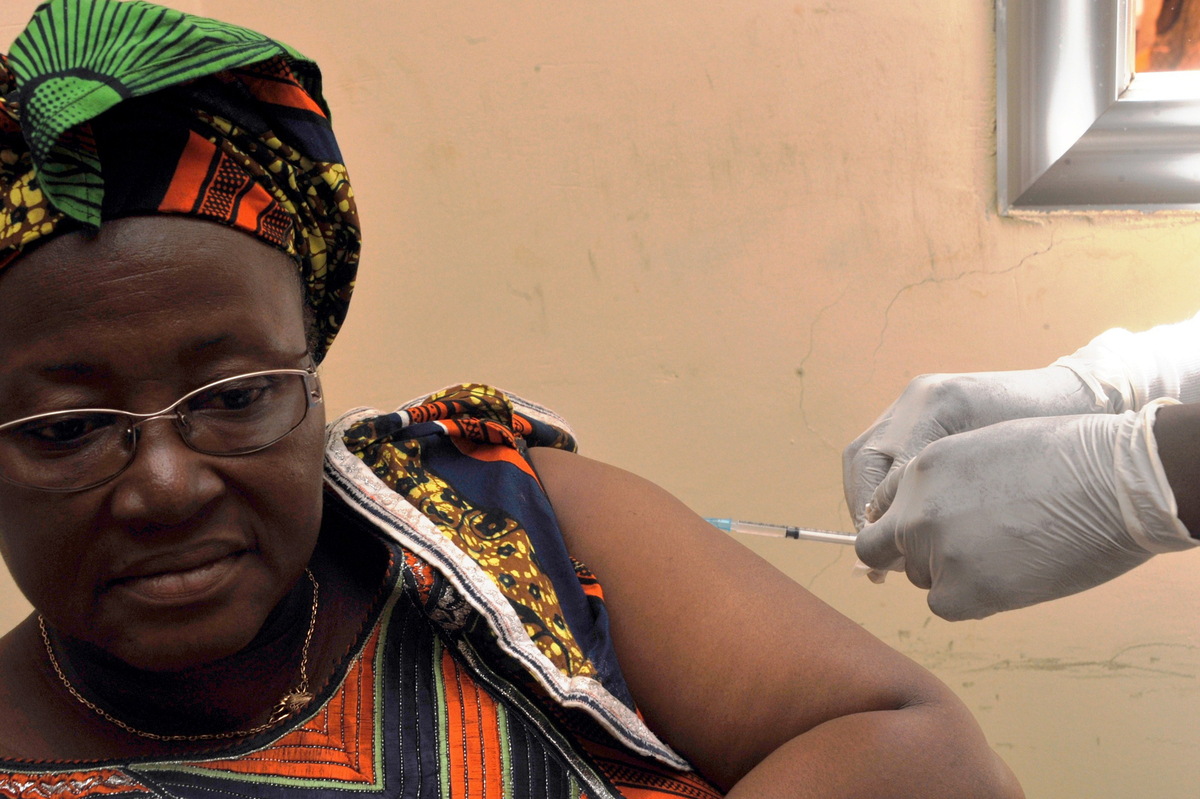 A woman receives the rVSV-ZEBOV Ebola vaccine at a clinical trial in Conakry, Guinea. The vaccine appears effective after only one shot.

Doctors Without Borders is calling it a "champagne moment." The World Health Organization says it's a "game changer."

In a small trial, an experimental vaccine protected 100 percent of participants who were at high risk for the virus. Although the results are preliminary, they offer new hope of finally stamping out the virus in West Africa — and preventing the next epidemic.

"It is a game changer because there was nothing that could protect people against Ebola — no drug, vaccine or medicine," says Dr. Marie-Paule Kieny, assistant director-general for health systems and innovation at the World Health Organization, who helped to lead the trial. "This is the very first intervention against Ebola."

The vaccine, called rVSV-ZEBOV, was developed by the Public Health Agency of Canada. Previous studies showed it was safe. In April, WHO and Doctors Without Borders started testing its effectiveness in Guinea. The trial is ongoing, but the team published initial results Friday in The Lancet.

The vaccine stops Ebola in its tracks, Kieny says.

"When we talked with our colleagues who are responding to Ebola [cases], they told us, 'It's strange. There are many cases in a community. And we vaccinate, and the cases seem to disappear.' "

In fact, there are so few cases in Guinea right now that Kieny and her team couldn't use the standard method for testing a vaccine. The team had to come up with a whole new design for the trial. The strategy uses what's called ring vaccination.

When a case crops up, the team rushes to scene and
gives the vaccine to people who are close to the sick person — those who are at high risk of getting the virus.

"So this can be the neighbors, the family, the coworkers," Kieny says. "This forms what is called a ring. These are the people that form the community around the case."

Over the past few months, Kieny and her team identified about 4,000 people in these so-called rings who were eligible for vaccination. They divided them up into two groups. About half got vaccinated immediately, and the others had to wait three weeks for the shot.

The results were striking. In the group that got the vaccine immediately, no one got Ebola.

"No cases at all. Zero," Kieny says. "So this provides an estimate of efficacy of 100 percent!"

That sounds amazing — even unbelievable. And it actually is, Kieny says.

The problem is there were only 16 cases of Ebola in the group that didn't get the vaccine immediately. That's way too small of a number to say how well the vaccine works, she says.

But statistical analyses suggest the vaccine's efficacy is at least 70 percent, Kieny says — which is still good enough to stop the spread of the disease.

"I think it is very encouraging to see these very positive, preliminary results of this vaccine trial from Guinea," says Dr. Jesse Goodman, an infectious disease specialist at Georgetown University, who once led vaccine development at the U.S. Food and Drug Administration.

Goodman says we need to be cautious about the study. More data are needed to nail down the vaccine's efficacy. And there were a few issues with the design of the experiment that could have skewed the results.

"But nonetheless," he says, "the strength of the difference between the groups that were vaccinated early and late suggests strongly to me that this vaccine is working."