Accessibility links
Catholic Bishops In Kenya Call For A Boycott Of Polio Vaccines : Goats and Soda Africa marks one year without polio on Tuesday. But there are now concerns in Kenya, where bishops have declared a boycott of the vaccine on the eve of a WHO polio vaccination campaign. 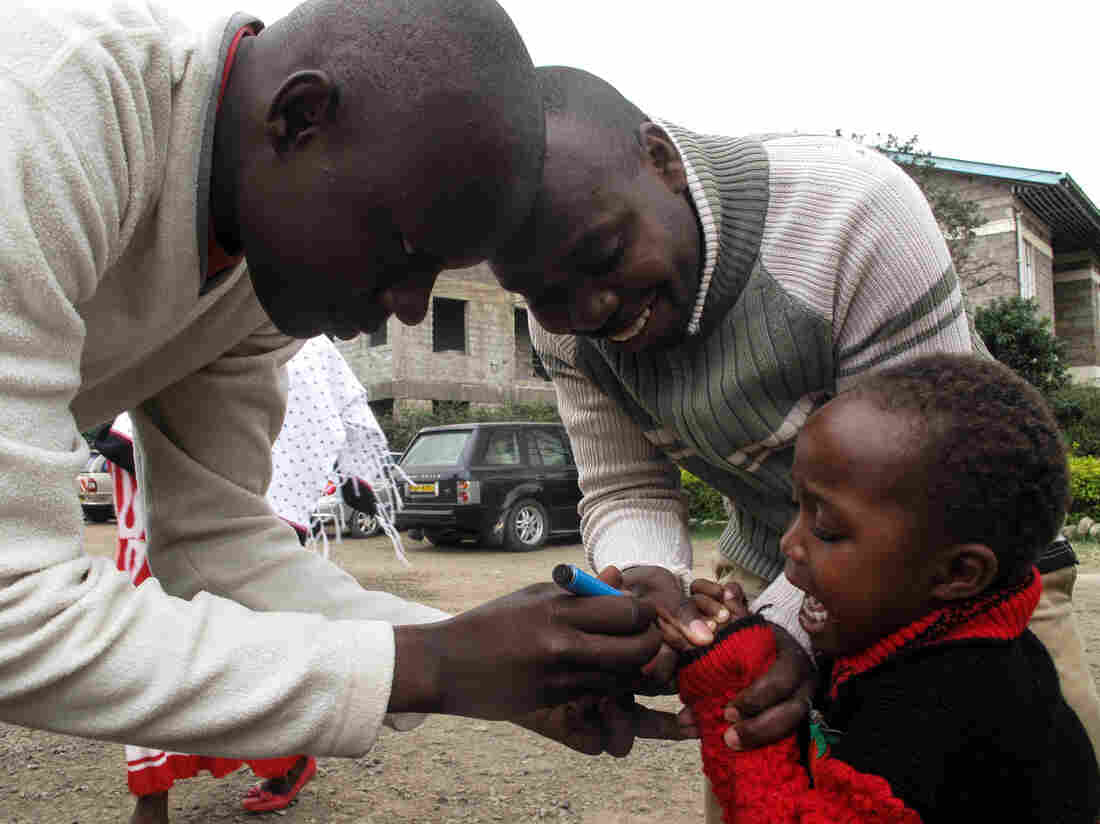 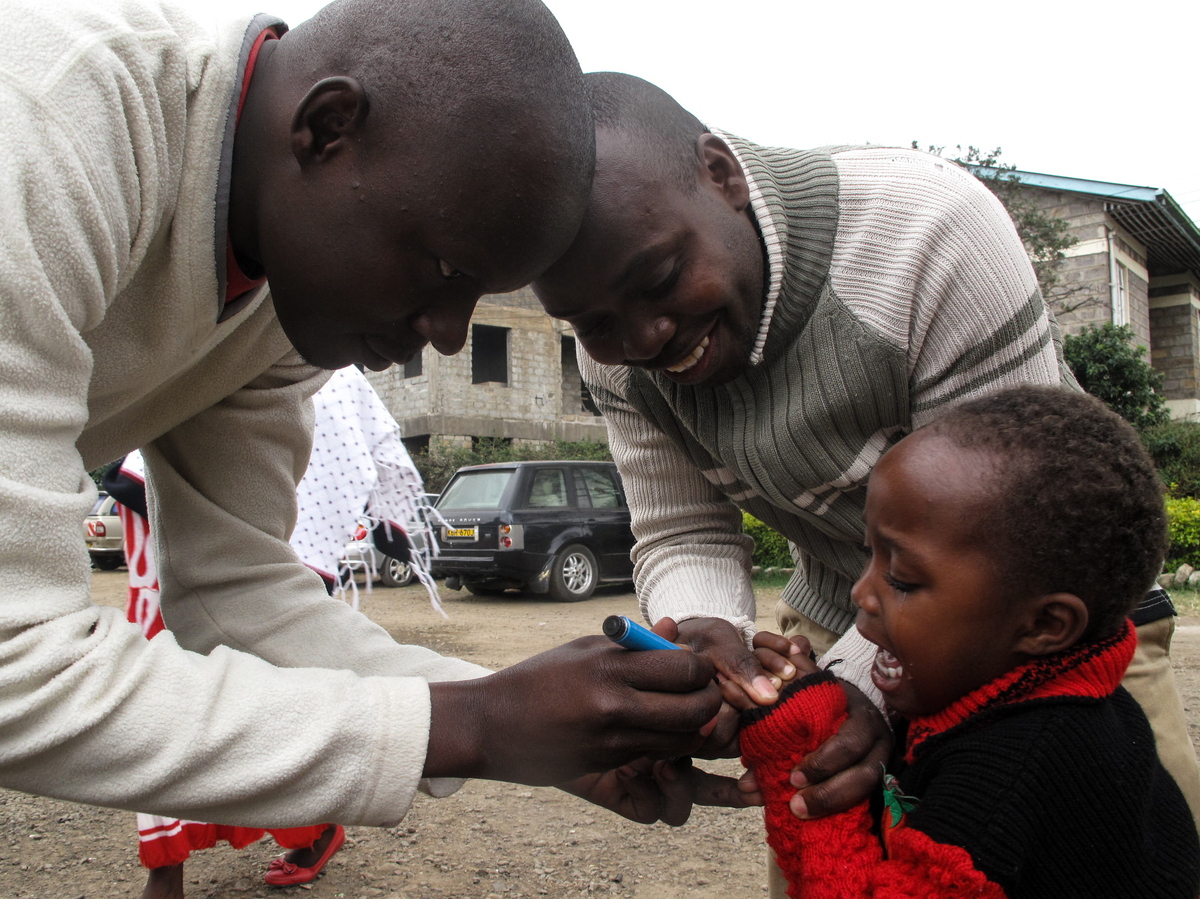 A child is vaccinated in Makadara Health Clinic, Nairobi, Kenya.

Africa will mark one year without polio on Tuesday. The last case was in Somalia in 2014.

But last week, a polio vaccination campaign in Kenya faced an unlikely opponent: The country's Conference of Catholic Bishops declared a boycott of the World Health Organization's vaccination campaign, saying they needed to "test" whether ingredients contain a derivative of estrogen. Dr. Wahome Ngare of the Kenyan Catholic Doctor's Association alleged that the presence of the female hormone could sterilize children.

Ngare is a practicing gynecologist with no infectious disease experience. 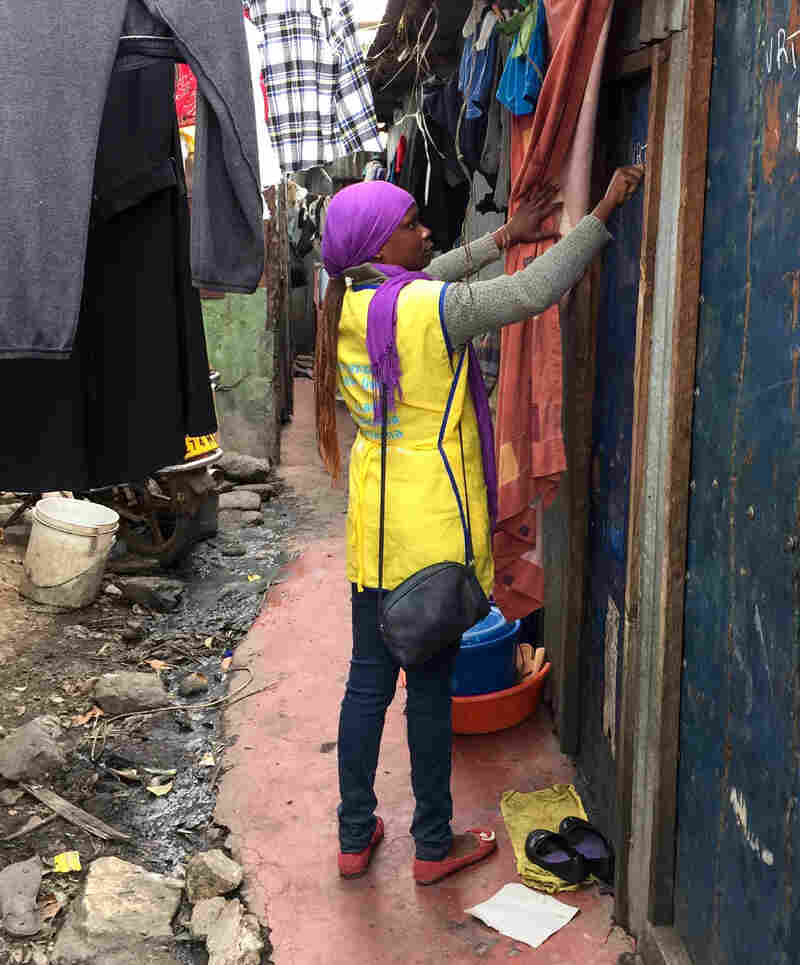 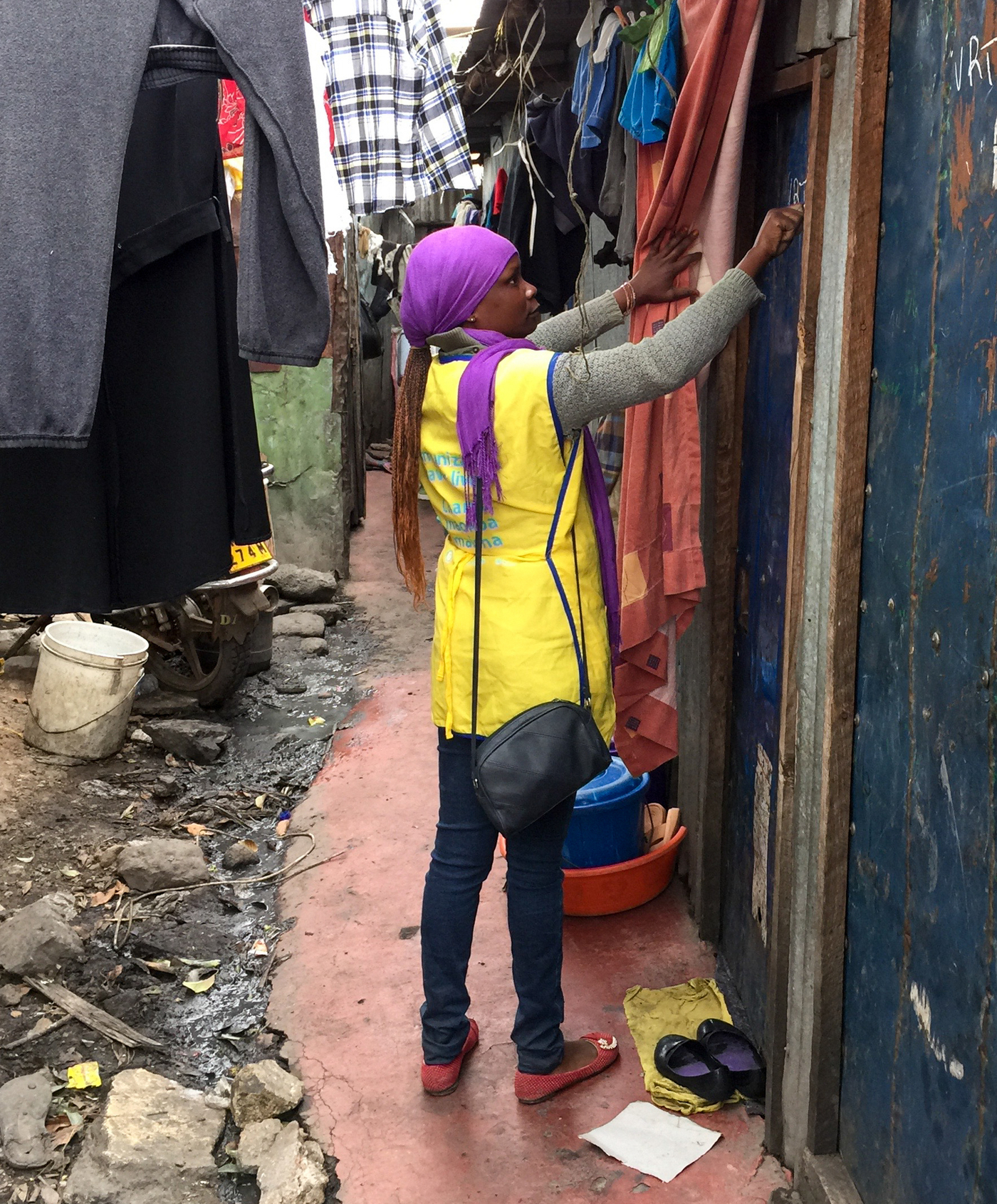 He raises the specter of eugenics — sterilizing segments of human populations. He put forth other objections as well: "There are all sorts of stories out there," he told me. "Vaccines can cause autism. Vaccines have been used for spread of HIV. There are some cancer-causing viruses that you'd find in vaccines. So there are lot of stories. Some of them we don't know whether they're true or not true."

I pointed out to him that research has shown that claims of vaccines being linked to autism and HIV and cancer are in fact not true.

His response: "We could debate this forever."

But Wahome is not, he insists, anti-vaccine. He administers vaccines to patients in his clinic. His children are vaccinated. "Regular immunizations are safe and they must continue," he says. "You must immunize your child."

In Kenya, vaccine suspicion has taken its own local strain, aimed less at vaccines themselves than at the international bodies, like the U.N. and WHO, that distribute them. The distrust has been fueled by WHO's decision to blanket Kenya with polio vaccines, well over and above routine injections, in an effort to boost population immunity. The idea is that some of the people reached by the campaign will have already been vaccinated, but some will not. The WHO says there's no harm in giving extra vaccines to children who are already vaccinated.

But Kenyans have concerns. Jacqueline Okaya, a freelance journalist who's pro-vaccine but not a Catholic, can't help but wonder.

"As a parent I was a bit worried why the number of immunizations keep coming all the time," she says. "Then you start doubting it."

For two hours this week I followed Dr. Sylvia Njugu of the Ministry of Health and her team, who were canvassing Nairobi with vaccine vials, countering doubts with friendly smiles — and scare tactics. Njugu says almost all of the parents who refused at first were convinced when she described polio's effect on the body.

"They get convinced and they allow us to do that," Njugu says.

You scare them a bit? I say.

She says, "Of course!" and laughs.

It must have been persuasive. Of the more than 1,500 children her team approached to vaccinate in five days, only a handful of parents finally said no.