Accessibility links
Zero Ebola Cases Reported In Sierra Leone, As Epidemic Peters Out : Goats and Soda A year ago, West Africa was reporting more than 500 new Ebola cases each week. This week, the region had just three. Could the epidemic finally be grinding to a halt?

The Ebola epidemic has entered a new phase. And it's a good one.

For the first time since the virus hit Sierra Leone, the country hasn't had a single new case in a week, the World Health Organization said Wednesday.

And over in Guinea and Liberia, the situation is also looking up. This week Guinea reported only three new cases, while Liberia hasn't had a case in more than a month. 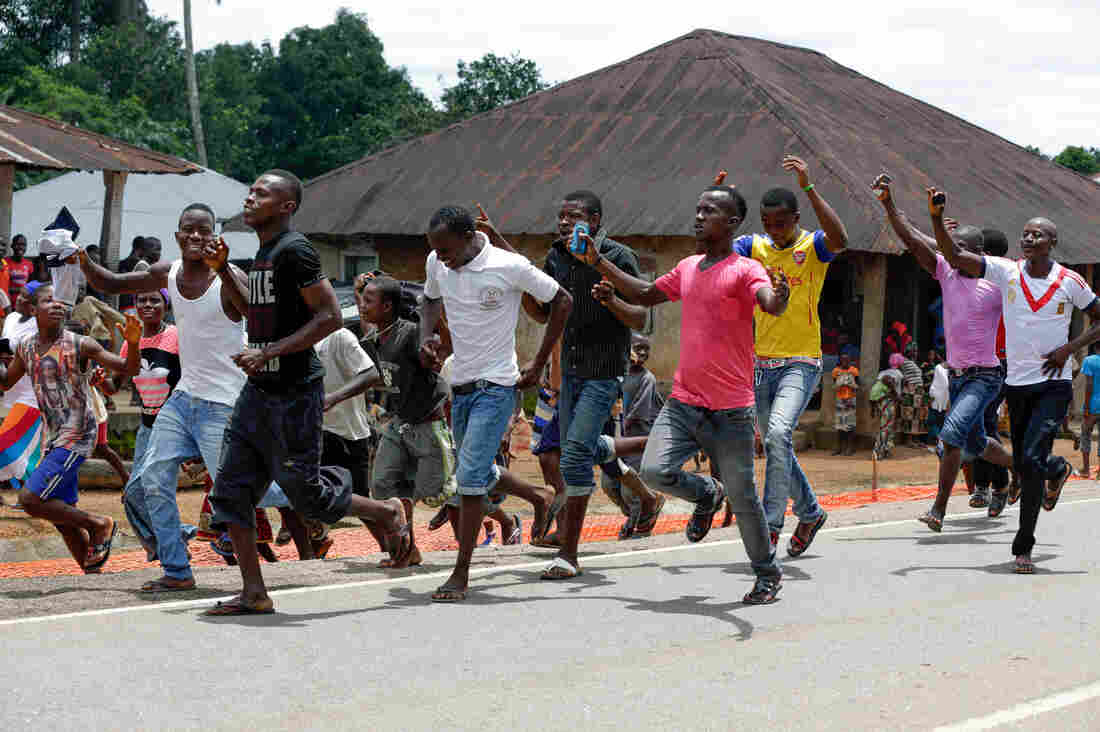 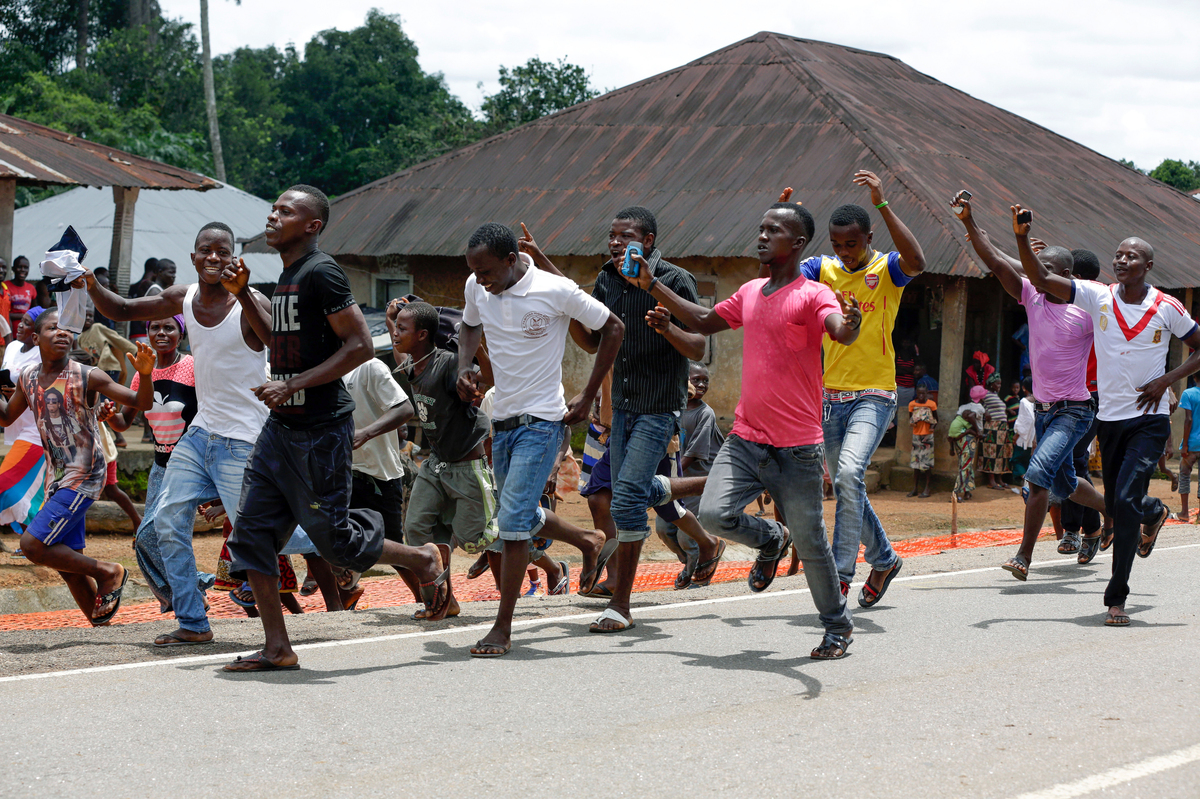 So for the fourth week in row, the world has recorded fewer than five new Ebola cases — the lowest tally in well over a year.

Could the epidemic finally be grinding to a halt? Well, it's definitely slowing down ... a lot.

Since March, cases have steadily declined across West Africa, virologist Ian Mackay of the Australian Infectious Diseases Research Centre shows on his blog, Virology Down Under.

And the tools we have to fight the virus are slowly expanding. Last month, researchers announced that a vaccine was highly effective at preventing Ebola. Health workers are currently using the vaccine in Guinea and planning to introduce it in Sierra Leone soon.

"So it does look much more likely that the end to EVD [Ebola virus disease] in West Africa, or at least an end, is nigh," Mackay writes. "We may soon be seeing zero new cases for long periods of time," he adds.

Of course, there are caveats.

"Those blissful stretches [of zero cases] however, may be punctuated by a case arising from parts unknown," Mackay writes. "They may be tracked to a sexual transmission event, or their origin may never be fully understood."

And even just small flare-ups can ignite a big outbreak in West Africa, where hospitals and health workers are in short supply.

It's happened before, says Craig Spencer, a New York physician, who caught Ebola last October while volunteering in Guinea.

"The West African epidemic ... is incredibly stubborn and has proved hard to control," Spencer writes this week in an op-ed for the The New York Times. "We've had spells when the number of new cases in both Guinea and Sierra Leone went down steadily — only to be reversed by clusters in new areas," he adds.

This time last year, Ebola was raging out of control in West Africa. Liberia was reporting more than 400 new cases each week. Hospitals in Monrovia were shunting their doors because it was too dangerous to see patients, and neighborhoods under quarantine were rioting.

Eventually, Sierra Leone was hit hardest by the epidemic. The small country of six million has recorded more than 13,000 of the nearly 28,000 total cases. More than 4,000 Sierra Leoneans have died from the virus. So a week of zero cases is a welcome milestone.

But as Spencer notes, getting to zero cases is only the first step to ending the epidemic. "Staying at zero will require an enormous input of financial and human resources for many months after the last case is diagnosed," he writes.