Accessibility links
Bicycling In India Has Its Risks (Cow Ahead!) And Its Rewards : Goats and Soda Especially when it comes to repairs. You don't have to make an appointment to see a mechanic. You don't have to wait a week for the work to be done. And the price is definitely right.

Bicycling In India Has Its Risks (Cow Ahead!) And Its Rewards

Bicycling In India Has Its Risks (Cow Ahead!) And Its Rewards 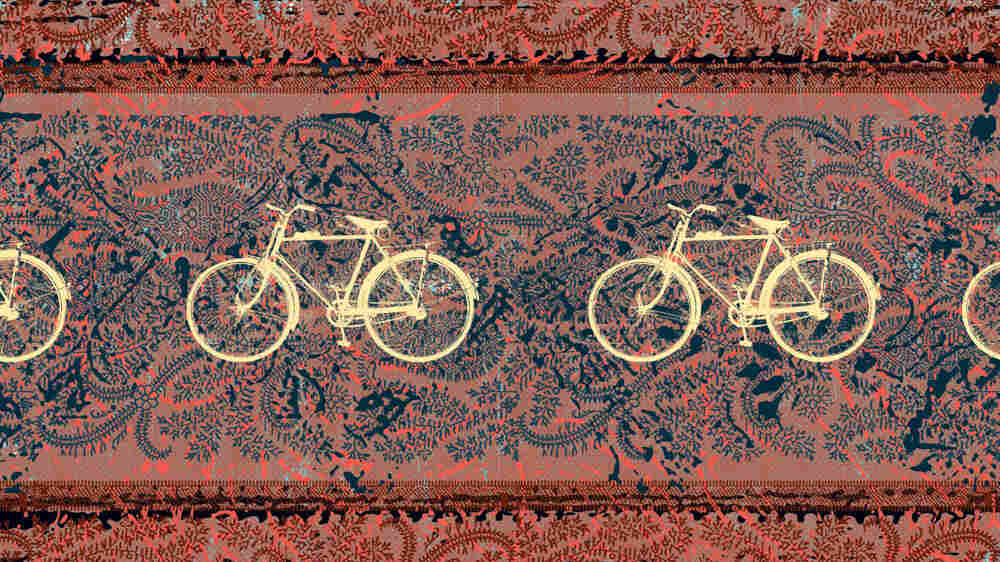 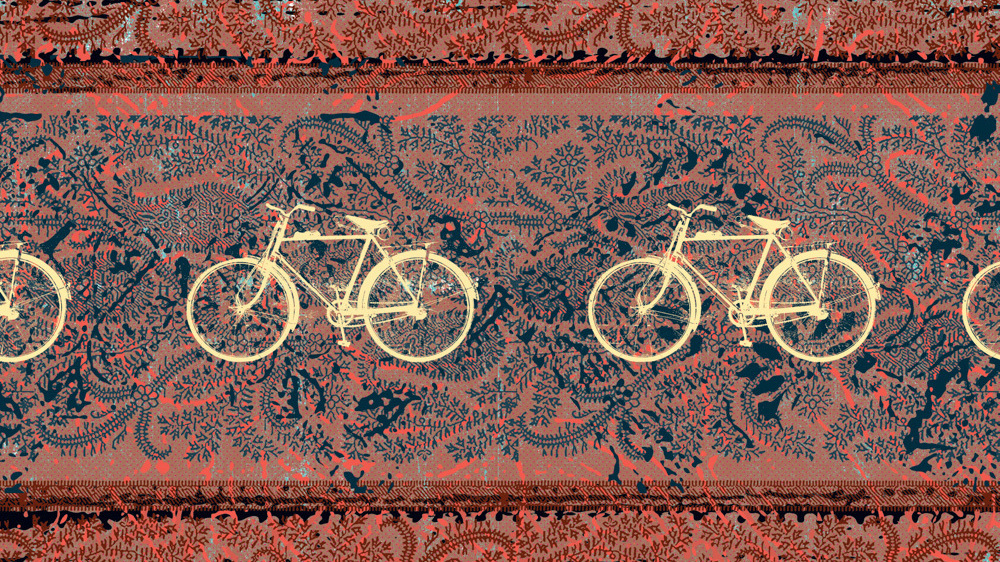 Growing up in India, I learned to ride a bicycle on my dad's 22-inch bike with no training wheels. I was 8 years old. I couldn't get on the bike without a boost from my father or an older kid. And once I was in the seat, my feet didn't touch the ground. I could get off only if I stopped next to a raised platform, a step or something I could rest my foot on.

There was a square-shaped park near my house and I circled around it. Because I was too little to get on and off, I had a lot of small accidents, bumping into cows, street dogs or just riding into a wall — head on. This caused some harm to the bike and my body. I hid my wounds from my parents but couldn't hide the damage to the bike. But it cost only 2 rupees to get a puncture fixed — the equivalent of a nickel. Tightening a few loose nuts and bolts or getting the chain greased was even less. A few coins in my pocket took care of the repairs. I made sure I got the bike fixed before my parents found out what had happened to it.

I feared if they saw what had happened to the bicycle, they would ask whether I had gotten hurt, and that would lead to a ban on riding the bike.

I rode a bike in India until I was in college. I used it to go to most places. A bike mechanic named Raju had his repair shop near my house. Anytime he saw me with my bike at his shop, he came to me spinning a wrench between his fingers and fixed the problem in no time. No fuss. Quick and easy. And cheap.

When I moved to the United States, I noticed that there were more cars on the road than there were bicycles on Indian roads. I'd had a lot of minor accidents in India riding my bike, but I had never broken a bone. A few scratches here and there — that was all. Riding a bike in the U.S. seemed unsafe to me since big SUVs, pickup trucks and cars didn't expect bicycles to be on the road. Quite often, it seemed that they either didn't see the cyclists or chose not to pay attention to their presence.

After living in the United States for several years, I finally bought a bicycle. It was a used mountain bike with 22 gears that had been left behind by a student at Kenyon College, in Ohio, and reconditioned by a local cycling advocate. I got a great deal — $50.

That was in 2012. A couple of weeks ago, I had to take it to a repair shop for a tuneup. The bike had gotten a little rusty after being buried under the snow in Indiana and Michigan for so many months over the past couple of years. And when I tried to ride, the chain kept falling off.

There are quite a few bike shops in the bike-friendly city of Ann Arbor. I called one to see whether they could tune it up. The man on the phone told me that I could bring my bike in at 4:15 p.m. It struck me as odd since I'd never had to get an appointment to get my bike fixed in India.

I asked the person on the phone how long it would take to fix it. He said, "Once you bring your bike, our mechanic will go over it with you to assess the problem and the cost. Then we will be able to tell how long it will take."

I felt as if I'd called a doctor's office. Making an appointment seemed way too formal for greasing and tuning up a motor-less vehicle.

Nonetheless, I took my bike to him. A mechanic gave me a firm handshake and said, "Hi, I am Joe. How are ya?"

I told him that I had just called his shop. He took me over to the computer and keyed in my name, address, phone number, email and the make of the bike. Then he put my bike on some kind of lever that lifted it 2 feet above the ground and flicked a switch that turned it upside down. He told me the gearbox and chain needed to be replaced. I asked how much.

OK, I said, and wondered how cheap was cheap.

He told me after changing those two items he would do the tuneup. It would bring the bike back to life, he assured me.

He took me to the computer again. He said the earliest he could work on the bike would be in 10 days.

"How much will it cost?"

I looked at Joe the mechanic as if he was joking.

"Fifty dollars for the parts and the rest for the labor charges for the tuneup," he said nonchalantly. I was just another customer for him. He was my first bike mechanic in America.

Even if I put together 30 years of bicycle repair cost in India, I am sure it wouldn't come anywhere close to 9,000 rupees. Before I'd left India, I worked for a monthly salary of 10,000 rupees.

It's summer in Michigan, the best time to ride bikes, and my 5-year-old daughter has taken a liking to riding her bike alongside mine.

This made me think about how carefree my parents were about me riding a bike. I never even wore a helmet. There were no helmets back then. After my father helped me get on the bike, he would turn around and go back inside the house. He never rode along, or ran along, to make sure I was OK. This gave me the confidence that riding a bike wasn't life-threatening. I wasn't going to die.

What's In A Namaste? Depends If You Live In India Or The U.S.

As the childhood memories rushed through my mind, I thought of my daughter and wondered if she'd understand how different her life would be from mine.

I said yes to Joe, and agreed to pay the price.

Deepak Singh is a writer living in Ann Arbor, Mich. He tweets at @deepakwriter