Accessibility links
The World Is Running Out Of A Critical Snakebite Antidote : Goats and Soda If a venomous snake bites you in Africa, you're likely to survive when you're near a hospital. That might not be the case next year. 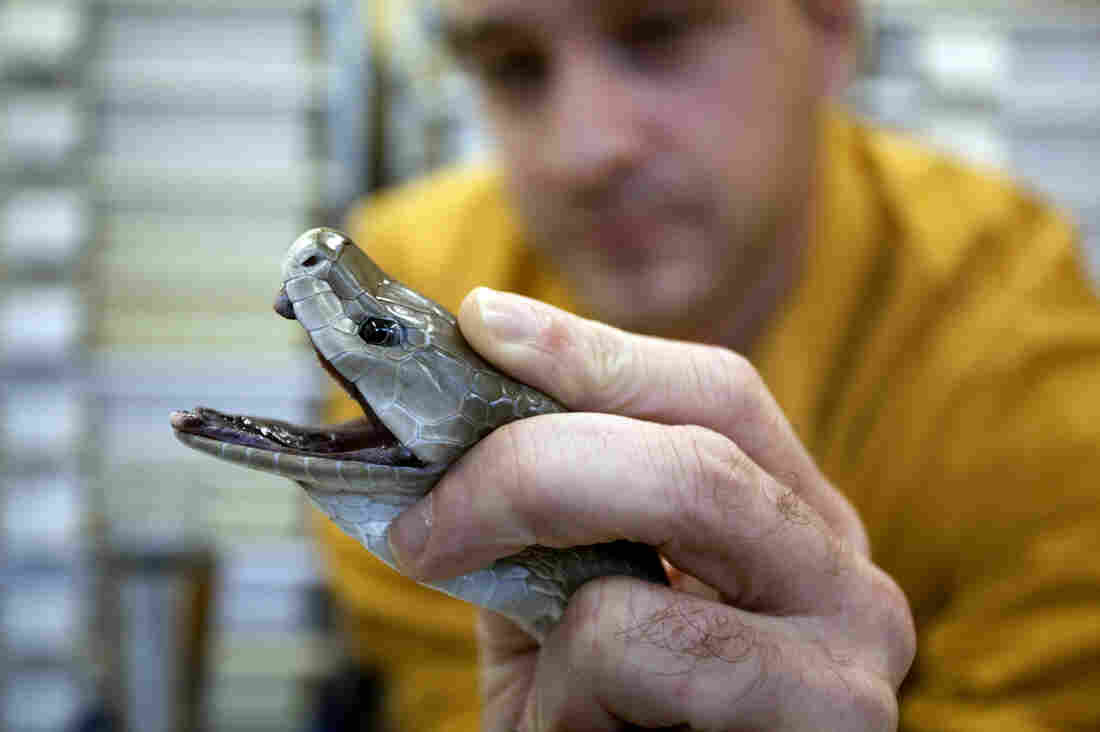 Black mambas are one of the fastest snakes in the world and grow up to 14 feet long. But their venom is no match for the antidote Fav-Afrique. Balint Porneczi/Bloomberg/Getty Images hide caption 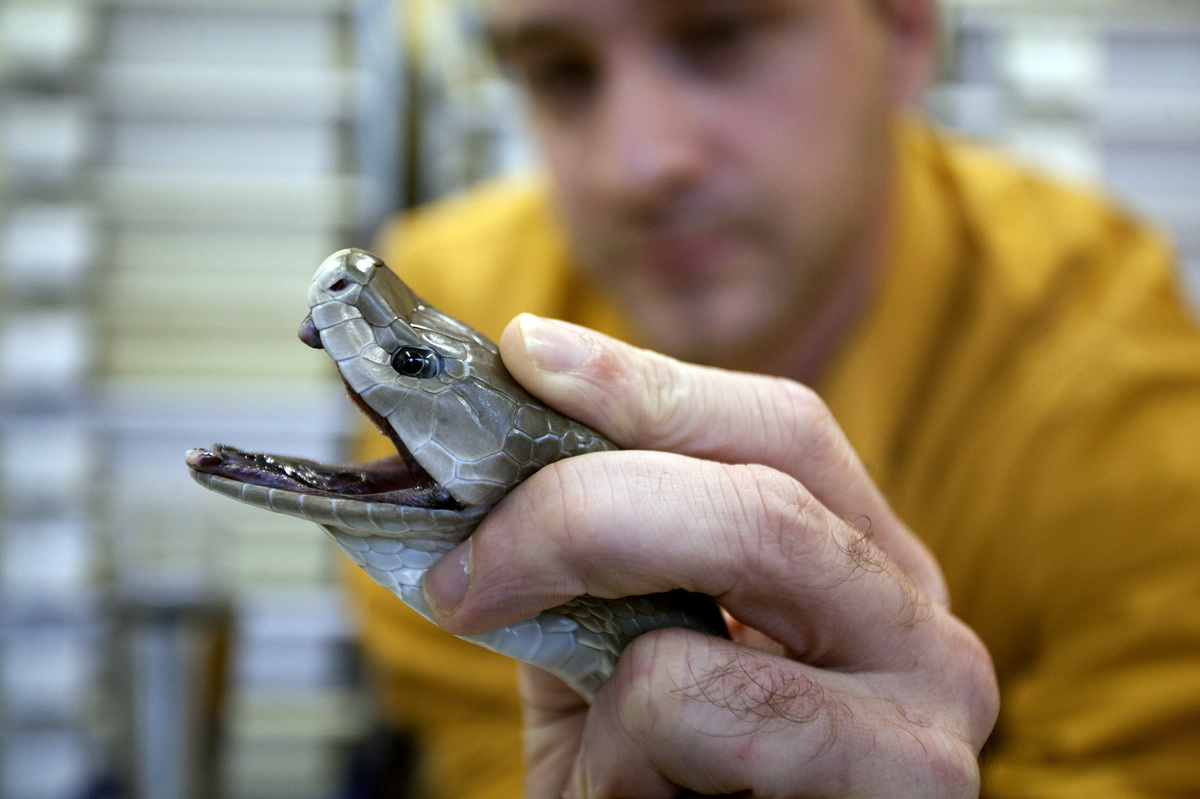 Black mambas are one of the fastest snakes in the world and grow up to 14 feet long. But their venom is no match for the antidote Fav-Afrique.

The treatment is called Fav-Afrique. It's the only anti-venom approved to neutralize the bites of 10 deadly African snakes, like spitting cobras, carpet vipers and black mambas. And the world's stockpiles of it are dwindling, Doctors Without Borders said Tuesday. The last batch expires next June.

"I think this is really a health crisis," says Dr. Gabriel Alcoba, the snakebite medical adviser for Doctors Without Borders. "We're talking about more than 30,000 deaths per year. This is an epidemic. This is comparable to many other diseases."

Alcoba says he has seen many lives saved by Fav-Afrique. "I saw a small child who had been bitten on the face," he says. "The child's whole face was swollen. He could practically not breathe, and you could not see his eyes."

Doctors gave the child the anti-venom. "And this [his symptoms] all resolved in two days, and the child could go home."

This time next year, though, there may not be any Fav-Afrique at clinics across Africa, Alcoba says.

Fav-Afrique has been produced by just one company — Sanofi Pasteur in France. The company stopped production last year because it was priced out of the anti-venom market, a spokesperson told the BBC. Sanofi is willing to give the recipe to another company. But so far, no plans have been finalized.

Across the world, about 100,000 people die of snakebites each year, Doctors Without Borders says. Even more have limbs amputated or disfigured because of bites. To put that into perspective, Ebola has killed about 11,000 people in West Africa.

Governments, nonprofits and the World Health Organization need to step up to the plate and make sure high-quality anti-venom is produced, Alcoba says. "It's a global responsibility," he says.

Right now WHO has one full-time person devoted to snakebite treatments around the globe, says WHO spokesman Gregory Hartl.

"For us at WHO, snakebites are an important an issue," he says. "We know how much mortality and morbidity this causes."

But the agency has struggled to find funding for the problem. "That's what's hindering us, and the production of snakebite anti-venom worldwide," Hartl says.

Anti-venoms aren't cheap. One treatment of Fav-Afrique costs up to $500 — more than a month's salary for many families in Africa.