Accessibility links
Don't Take A Deep Breath: Outdoor Pollution Kills 3.3 Million A Year : Goats and Soda Even the combined deaths from HIV/AIDS and malaria isn't quite as devastating. The culprits are the usual suspects, like cars and industry, but also cookstoves and ... manure? 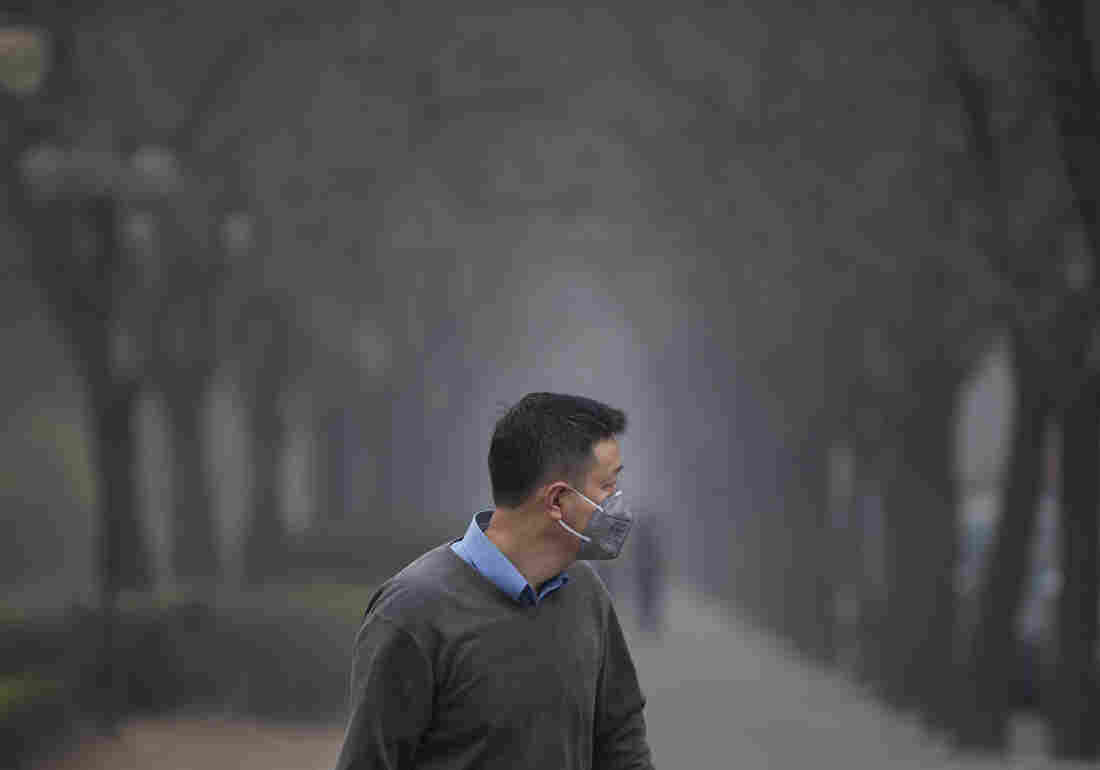 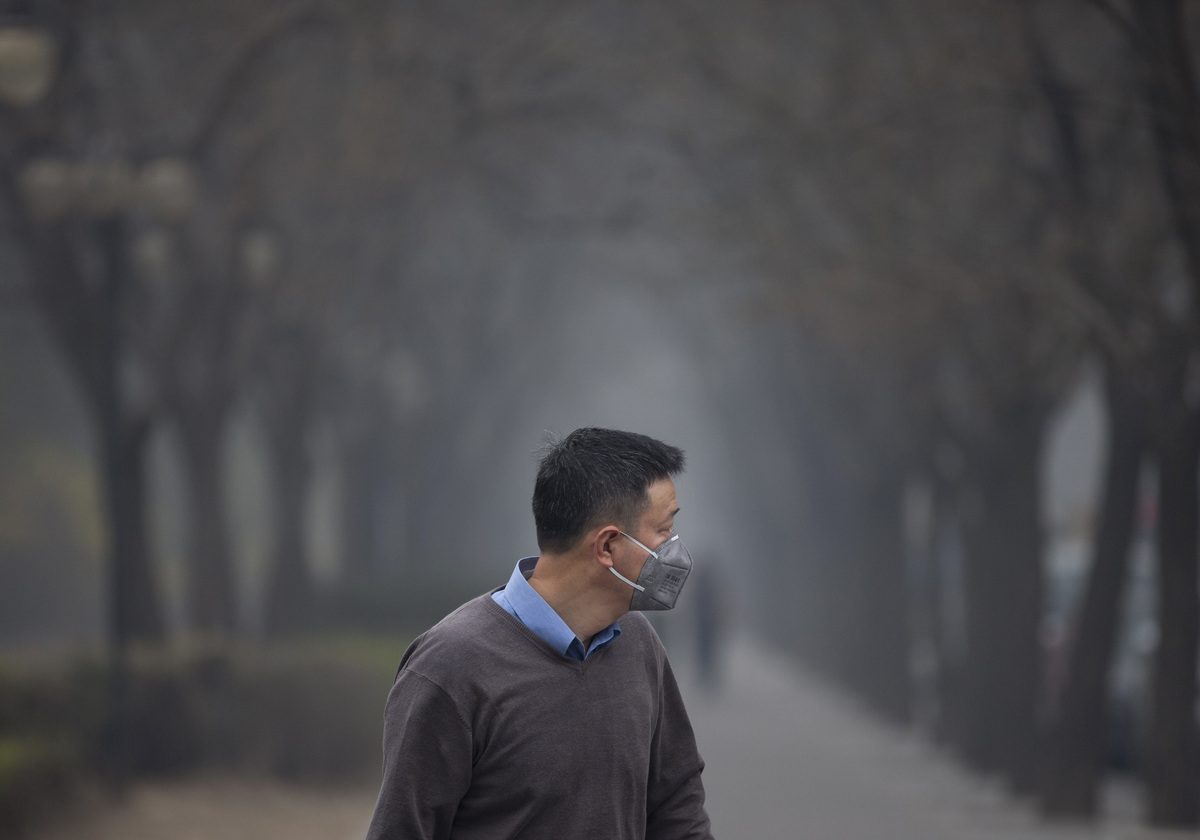 A masked man walks past trees shrouded with pollution haze in Beijing, China.

More people die prematurely because of the air they breathe than the 2.8 million who die each year of HIV/AIDS and malaria combined.

That's the startling statistic from a new study in this week's journal Nature. The annual global death toll from outdoor air pollution is 3.3 million. (Premature death is a medical term that means a usually preventable death that occurs before expected — for instance, earlier than the life expectancy of age 78 in the U.S.).

If the world carries on business as usual — that is, the businesses of agriculture, traffic, industry and residential cooking and heating — that number is predicted to double by 2050.

Air pollution kills in a variety of ways. Cardiovascular diseases causes about 75 percent of the premature deaths, according to the study's lead author, Dr. Johannes Lelieveld of Max Planck Institute for Chemistry in Mainz, Germany and the Cyprus Institute in Cyprus. In these cases, pollution can have an inflammatory effect on the cardiovascular system, leading to strokes and heart attacks. Respiratory diseases and lung cancer cause another 25 percent of premature deaths. The vast majority of early deaths are among adults 30 and older, though in the developing world, almost a quarter of a million children five and under die of respiratory illness caused by outdoor air pollution.

How Air Pollution May Have Caused Catastrophic Flooding In China

Last year, the World Health Organization estimated that seven million people die prematurely because of pollution. But there is no conflict in the new findings, says Lelieveld, because the WHO numbers included both indoor and outdoor pollution. The new study looked only at the effect of outdoor air pollution, and further pinpointed the causes of pollution: residential energy, agricultural, natural (such as dust in desert lands), power generation, industry and land traffic.

By far, the greatest cause of outdoor air pollution is residential cooking and heating — the particle emissions from crude stoves and heaters that escape the home and enter the outdoor air. This is a major problem in China and India, for example, where many people cook and heat with unclean fuels such as wood and cow dung.

"Some governments have tried to introduce more efficient cook stoves," says Lelieveld. "But the tradition is that people use methods taught by their parents and grandparents. You cannot ask people to stop eating and cooking. There are better technologies, but the acceptance is not high. This needs to be worked on."

In the developed world, vehicle traffic and industry are major contributors to premature death. But an unexpected finding was that the biggest contributor to pollution is agriculture emissions — that is, pollutants from fertilizers, manure and treatment of animal waste — in the eastern United States, Europe, Russia and East Asia.

"It is quite surprising that it was the leading factor causing air pollution," says Lelieveld. The reason is those agricultural pollutants, combine with traffic pollutants from the city as winds carry each back and forth he says. Density of population, as well as the close proximity between rural and urban areas in the eastern U.S., is what accounts for the relatively large contribution of agriculture to premature deaths in that region.

More research into certain areas is needed — that's the message in an accompanying commentary. For example, in the case of traffic, the numbers could be underestimated. In the case of agriculture, they might be overestimated but are valuable nonetheless because agriculture has not previously been considered a major source of air pollution and premature death.

"...{I]t suggests that much more attention needs to be paid to agricultural sources, by both scientists and policymakers," wrote Dr. Michael Jerrett of the Department of Environmental Sciences at UCLA.

Pollution from traffic accounts for about 20 percent of premature deaths in the U.S., Germany and the U.K., but for only about 5 percent worldwide — a significant finding, Jerrett writes, because emissions from vehicles remain a problem in the West even after extensive regulations have taken effect and because automobile traffic is likely to increase in the developing world.

It will be difficult to avoid doubling these numbers in the next 35 years, because a huge part of the problem results from individual, small sources — home heaters and cook stoves. But it's important to aim at the right target. "If you aim for the wrong categories, you will lose the motivation of the population to do something about it," says Lelieveld. And, though he concedes he's not an expert in agricultural practices, he says that he can imagine that there are ways to deal with animal waste that create less pollution, and preventing overfertilization would help prevent these emissions.