Accessibility links
Why India Is A Hotbed Of Antibiotic Resistance And Sweden Is Not : Goats and Soda In the developing world, antibiotics are now being overused — just like in the U.S. So antibiotic resistance is a growing global issue. But some countries have figured out a solution. 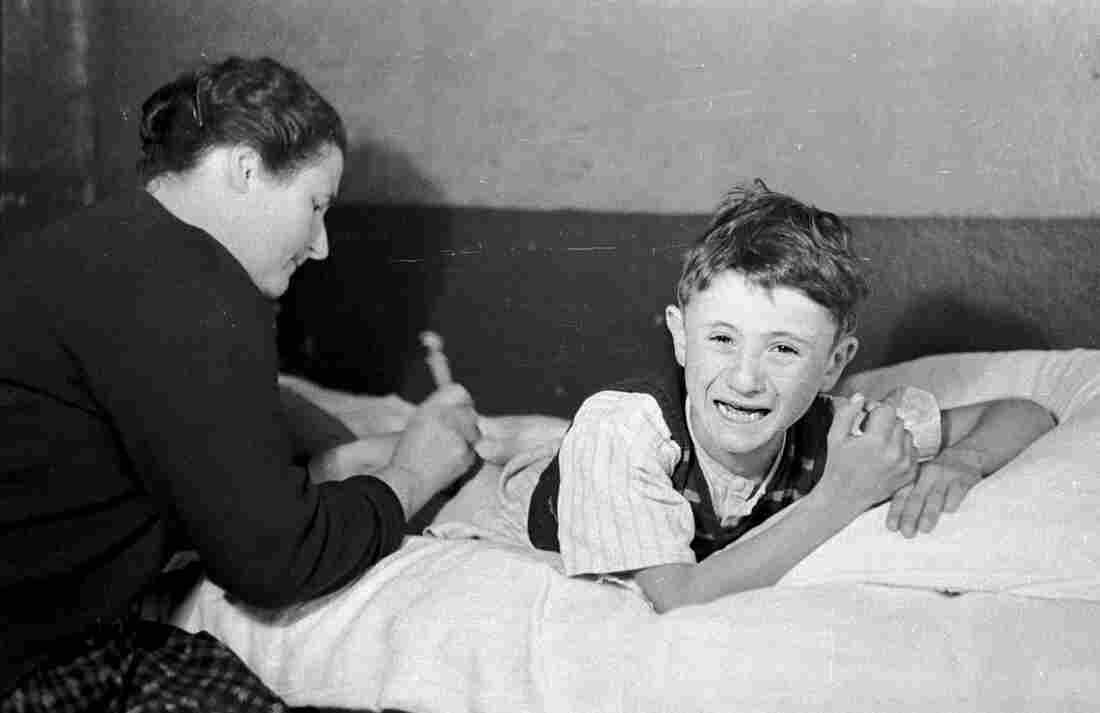 Penicillin became a wonder drug for fighting infections in the 1940s. Jean-Claude Fide was an early adapter, injected in 1948 in the French town of Mont-pres-Chambord. Bert Hardy/Picture Post/Getty Images hide caption 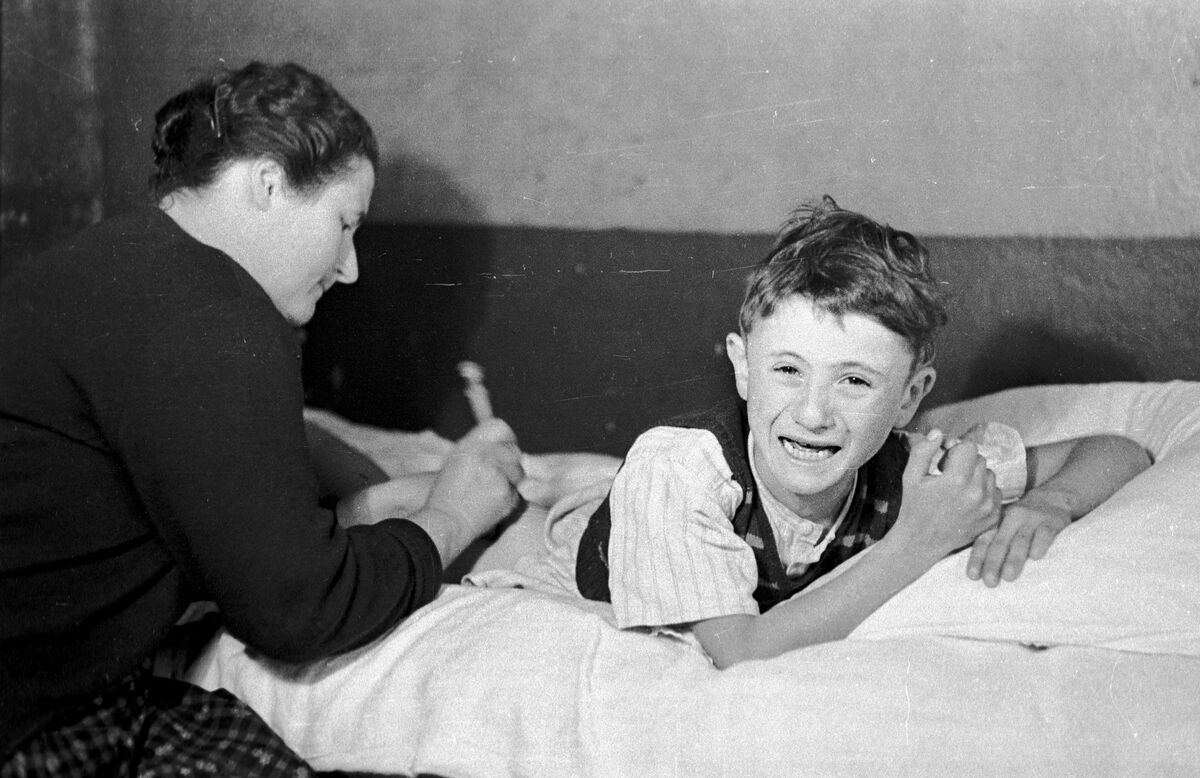 Penicillin became a wonder drug for fighting infections in the 1940s. Jean-Claude Fide was an early adapter, injected in 1948 in the French town of Mont-pres-Chambord.

It's our own fault.

In the U.S., Japan, Korea and elsewhere, we use antibiotics too much. We use them to treat coughs and colds — for which they're ineffective. We've used them in animal feed in an attempt to prevent disease and to fatten cows and chickens. And the more we use antibiotics, the greater the likelihood that clever bacteria will evolve in ways that resist the attack of antibiotics. So once-treatable infections become difficult or impossible to cure.

Now we're learning that antibiotic resistance isn't just a rich-country issue. A new report by the Center for Disease Dynamics, Economics and Policy shows that antibiotic overuse and resistant bacteria are alarming global problems, even in developing nations like India, Kenya and Vietnam.

"What this report makes clear is that even though antibiotic consumption in the developing world is not yet at the same level as the developed world, resistance is getting to be very high," says Dr. Ramanan Laxminarayan, director of the center and author of the report. "Resistance is a problem everywhere. It's truly a global problem and requires an urgent response."

E. coli from contaminated water or food, for example, is resistant to many drug types in regions around the world. But India has the highest rates of resistance to nearly every drug available to treat it. Strains of E. coli tested in labs there were more than 80 percent resistant to three classes of drugs, and treatment options there are increasingly limited, the report found.

And MRSA, a dangerous staph infection often contracted in hospitals that does not respond to many antibiotics, is found at high rates in the United States, Romania, Portugal, Vietnam and India — rich, middle-income and poor countries alike.

As Antibiotic Resistance Spreads, WHO Plans Strategy To Fight It

Antibiotic resistant strains of bacteria, hitching on trains, planes and ships, have made their way from wealthy countries to poor countries, and back again. "It's like climate change," says Laxminarayan. "We're all at risk."

So why not just keep seeking and developing new antibiotics? In the race between new drug development and bacteria that evolve to outsmart even the latest last-resort drug, the bacteria will eventually win, says Laxminarayan. That's because the bugs evolve to develop resistance to new drugs faster than science can make them.

And new drugs are increasingly expensive. Low-income countries will not be able to afford them.

The report includes what it calls a ResistanceMap with graphs and charts for both antibiotic use and resistance, comparing rates over time for countries. Some countries, like Denmark and Sweden, stand out with quite low rates of antibiotic use and resistance — hovering near zero. These countries educate their citizens about the dangers of antibiotic overuse. So it has become unheard of for a Swede or a Dane to go into a doctor's office and demand treatment with an antibiotic. "It's a question of social norms," says Laxminarayan.

But it's difficult for people to slow down their use of medications that, rightfully, have been considered wonder drugs. A 2012 survey by the Pew Health Group, for example, found that 36 percent of people surveyed in the United States mistakenly believed that antibiotics were effective in treating colds. And 41 percent of those surveyed said they had heard only a little, or nothing at all, about antibiotic resistance.

But inappropriate use of antibiotics allows greater and greater numbers of bacteria to inherit genes resistant to particular antibiotics — and some bacteria are resistant to every such drug in the medical arsenal. "We wipe out the bacteria that aren't resistant, and we're left with the ones that survive," says Laxminarayan.

"There's a long way to go, a lot of work to be done," says Laxminarayan, "but if we lose antibiotics, there really isn't very much else."