Accessibility links
Meet The Man Who Booked Beyonce To Sing For The U.N.'s Global Goals : Goats and Soda Acclaimed film writer-director Richard Curtis has lured a superstar cast — including Queen Bee and Stephen Colbert — for a free Central Park concert to get people excited about fixing the world. 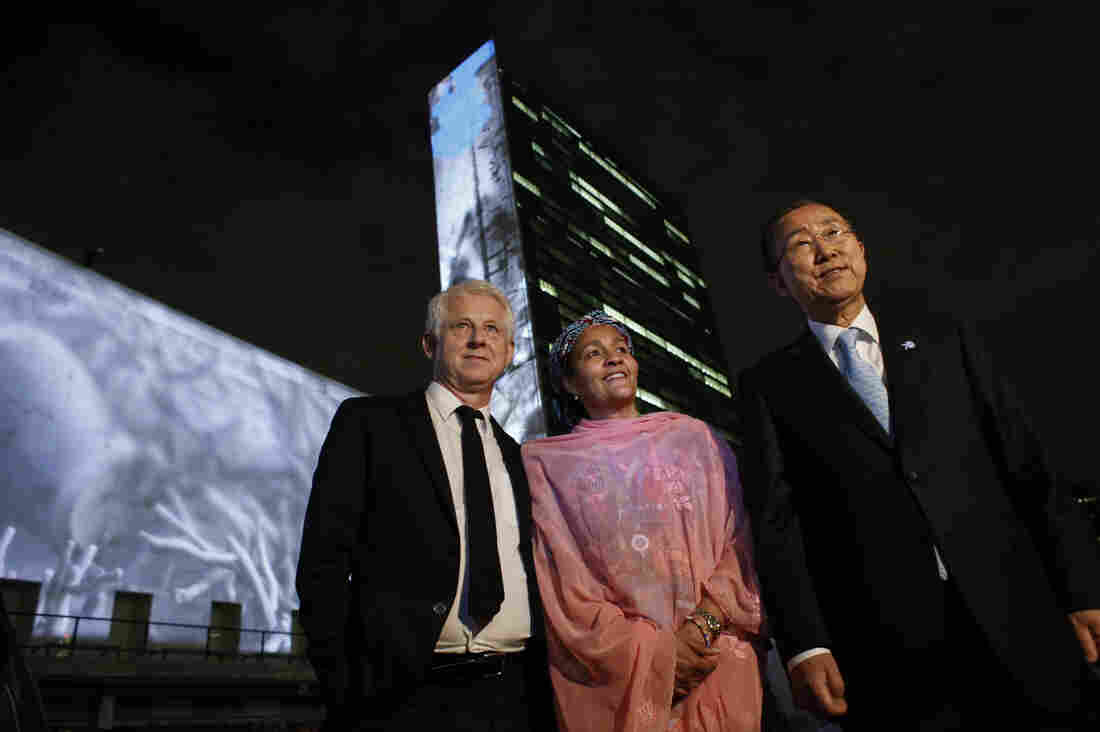 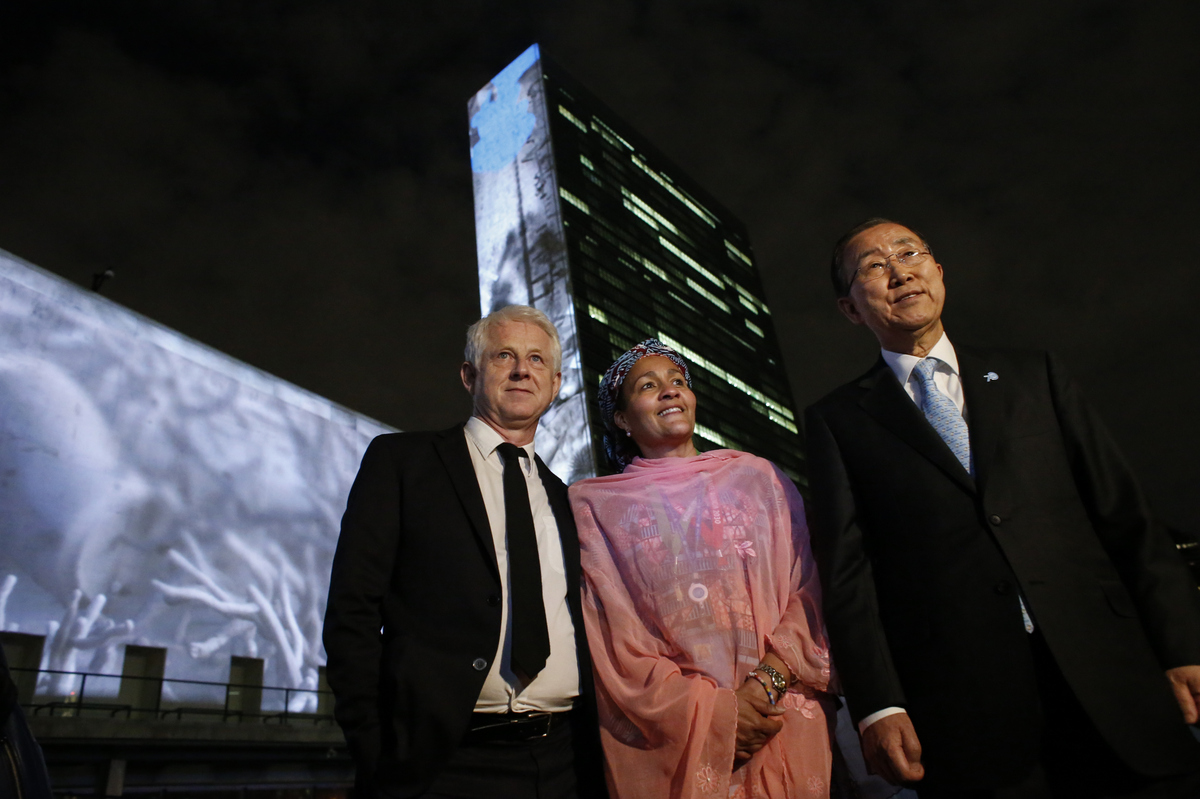 How do you get the word out to 7 billion people to step up and support the United Nations-sponsored goals of ending extreme poverty, fighting climate change and promoting equality?

If you're acclaimed filmwriter-director and activist Richard Curtis — as famous for hit movies like Love Actually and Notting Hill as for co-founding the charity Comic Relief — you put together a free Global Citizen Festival in Central Park for Sept. 26 (to coincide with the opening of the U.N.'s 2030 Agenda for Sustainable Development) and headlined by a glittering cast of no-need-for-introduction entertainers like Beyonce, Pearl Jam and Stephen Colbert.

We talked with Curtis about the roots of his humanitarian involvement — and the role of humor, music and entertainment in encouraging contributions to good causes.

Here's an edited version of our conversation:

Was there an "a-ha" moment that led you to become involved in global charity work?

In 1986, during the famine in Ethiopia and the Sudan, I was asked to go to Ethiopia and, by the time I got back, I was determined to do something. My big revelation there took place in a relief camp. The malnourishment was so terrible. There was a little kid, 3 at most, and he was put in a blue sort of floating scale to be weighed, and there was so little weight on him that he slipped and fell through one of the holes! And everybody laughed! Because even though it was heartbreaking, it was also a funny thing.

A real-life moment of comic relief amid the tragedy?

They didn't know they were figures in a tragedy. We want a world where people can laugh, can be entertained, and we shouldn't feel bad about that being a way into helping. I think if everything is completely serious, you will never involve a younger generation.

How do events like the Global Citizen Festival help achieve goals like "no poverty" and "good health"?

Public awareness will lead to a better informed public and public pressure to do more. Making the goals famous will also create a kind of deadline and system for pressure, so that people will say, where are we up to?

Beyond public awareness, are there other steps that could help implement the goals?

With the concert, everyone who goes will have to apply for a ticket online on the Global Citizen website. And that website suggests activities such as writing your elected officials, and [will provide links to] a huge number of organizations.

What are you doing in addition to the concert?

The World's Largest Lesson [launched in conjunction with UNICEF] will be taught in as many schools as possible in 100 countries. We got feedback from all over the world about organizing the lesson plan. As part of it we made a six-minute animated film that can be dubbed into any language. That tends to be our thing: to create a product that can be used.

Are the performers you work with as committed as you are?

They are stepping up. The very fact that they are participating shows a commitment. Someone like Beyonce, who set up Chime for Change, is very committed. And, for some, this could be a way of introducing them to become more committed and do more.

And not just celebrities?

Every little bit counts. One of the reasons I do this is because during the Biafra famine in 1968, my Mum canceled Christmas — no presents, no Christmas dinner. My Mum was a normal British housewife and she made the decision that our Christmas was not as important as sending to charity, what all that would have cost. I was 8 and, 50 years later, that is still with me.

What did you have for dinner instead that Christmas?

We had a fry-up, beans on toast, eggs, sausage and bacon. And, to be honest, we weren't that unhappy. Because the big problem with Christmas in my household was that the lunch was between 1 and 3 [p.m.], and that meant missing the Christmas Tops of the Pops program [featuring the biggest hits of the year] which came on at 2. That year, we finished lunch by about 1:20, we heard the program — and that was probably our best Christmas ever. And maybe that's what put in my mind the connection between music and social justice.

The U.N. Wants You To Take A Selfie, Spin Around, Listen To A Llama

Quiz: How Much Do You Know About Global Development Goals?

What, Really, Does 'Sustainable' Mean?