Accessibility links
Life On $1.25 A Day: Plenty Of Worries But Still Time For Tea : Goats and Soda United Nations member states pledged Friday to eliminate extreme poverty by 2030. That's defined as surviving on $1.25 per person per day. What is life really like on that amount? 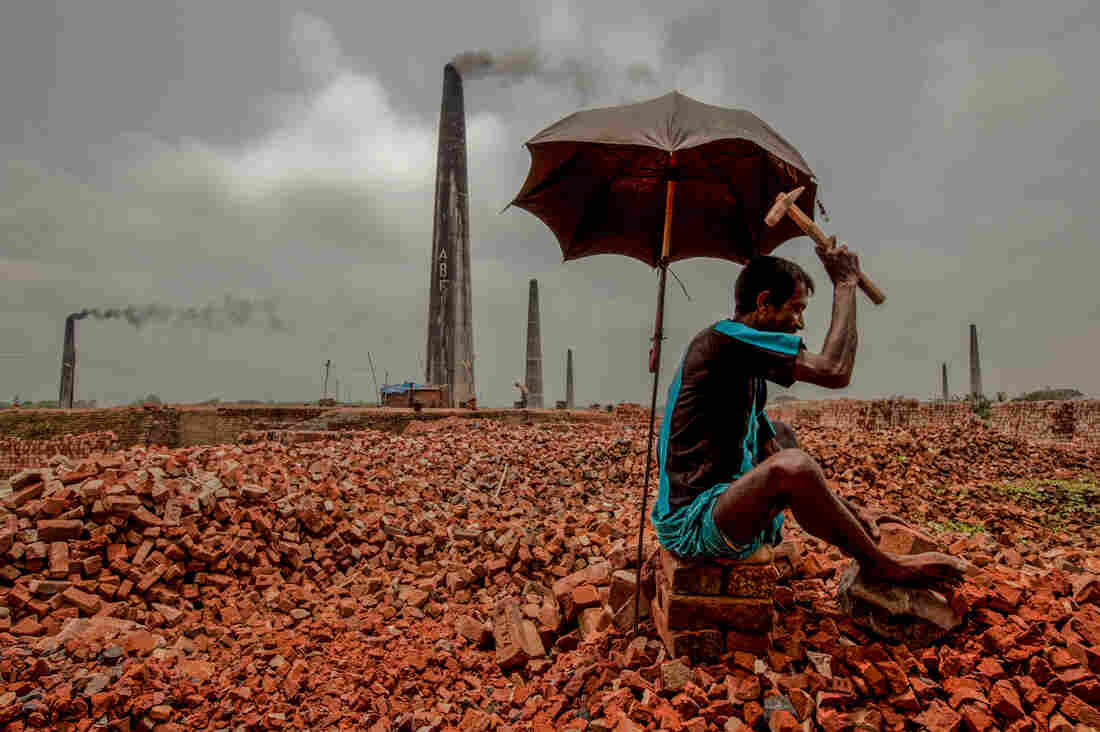 Breaking bricks is one of the lowest-paying jobs in Bangladesh. This photo was shot at a brick kiln in the Dhaka District, home to the capital city of Dhaka. Paul Joseph Brown hide caption 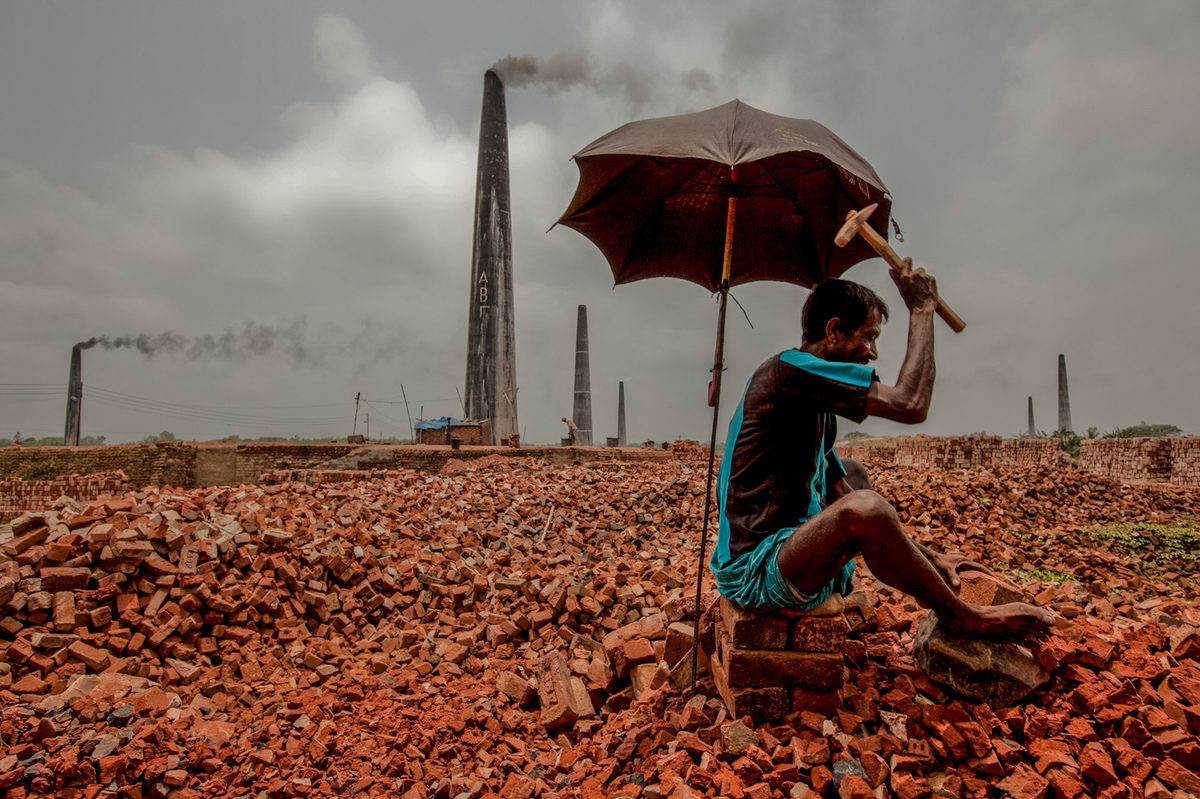 Breaking bricks is one of the lowest-paying jobs in Bangladesh. This photo was shot at a brick kiln in the Dhaka District, home to the capital city of Dhaka.

Breaking bricks. That's what 50-year-old Mohammed Alfazuddin has done for about half of his life outside Dhaka, Bangladesh.

"We do it because we are poor and because we don't have any stones in Bangladesh, so we need to break up bricks to mix in with the concrete when we make buildings," he says.

For each brick he smashes, Alfazuddin makes the equivalent of about 3 cents. He's illiterate and lives with his family in a tin-shed home owned by his in-laws.

The U.N. estimates that some 840 million people worldwide live on $1.25 per day — that's an average of the poverty lines in the world's 15 poorest countries. But these definitions can be misleading. The line isn't an exact dollar cutoff. It's adjusted for something called purchasing power parity. And people come in and out of extreme poverty as their job prospects and health fluctuate.

The exact cutoff doesn't really matter, explains MIT economics professor Abhijit Banerjee. "Being under stress and always solving problems and trying to find ways to make do — that I think of as being the defining characteristic of very poor lives," he says.

So is hard work. On the whole, the extreme poor are not beggars. Banerjee says many will do up to four jobs on any given day.

"It takes enormous amount of effort and discipline, that kind of life," he says.

And part of the discipline is managing what little money they have.

"Precisely because you're poor, you have a more intensive need to manage money than if you're nonpoor," says Stuart Rutherford, author of The Poor and Their Money and founder of SafeSave, a microfinance organization in Bangladesh. If you don't, there are dire consequences. "If you're really cash-strapped, it may be that your child gets an eye infection and you may not end up taking your child to the doctor. And down the line, the child may lose sight in one of her eyes."

Rutherford is currently compiling financial profiles of Alfazuddin and others in Bangladesh. They are constantly making choices with the resources that they do have — even saving money, though usually not in banks, sometimes because banks won't let them or they can't afford bank fees.

Looking at data from 13 countries, Banerjee and colleagues found that extremely poor people will buy little things they enjoy, like tea, tobacco and alcohol — even if it means forfeiting a meal.

Alfazuddin and his brick-breaking colleagues buy bags of betel leaves and nuts, which they chew while they work, often adding lime or tobacco powder for an extra kick. He says it keeps his juices flowing.

The vast majority of the world's extreme poor live in Asia and sub-Saharan Africa, but there are extremely poor people in the U.S.

"Oh, there are — definitely," says Kathy Edin, a professor of economics and sociology at Johns Hopkins University. 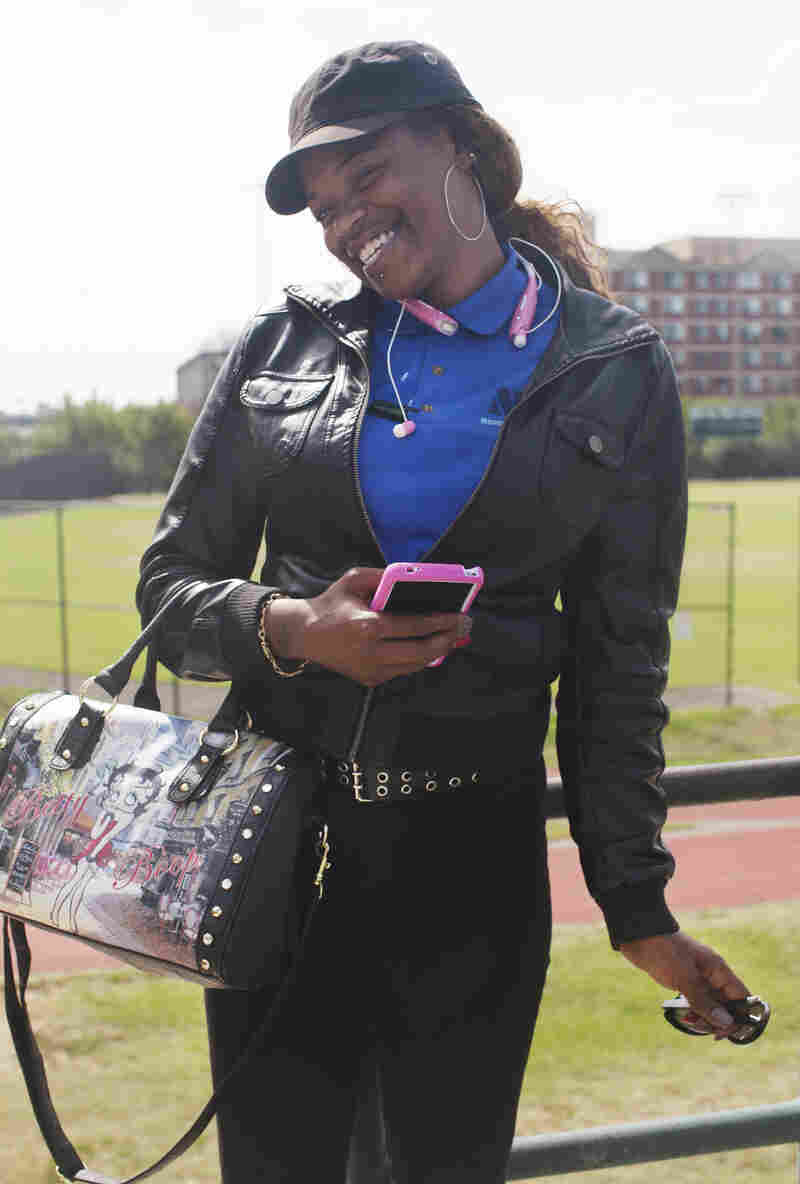 Thovonda Brown, now 25, dipped in and out of extreme poverty after she left home at age 13. Mahafreen H. Mistry/NPR hide caption 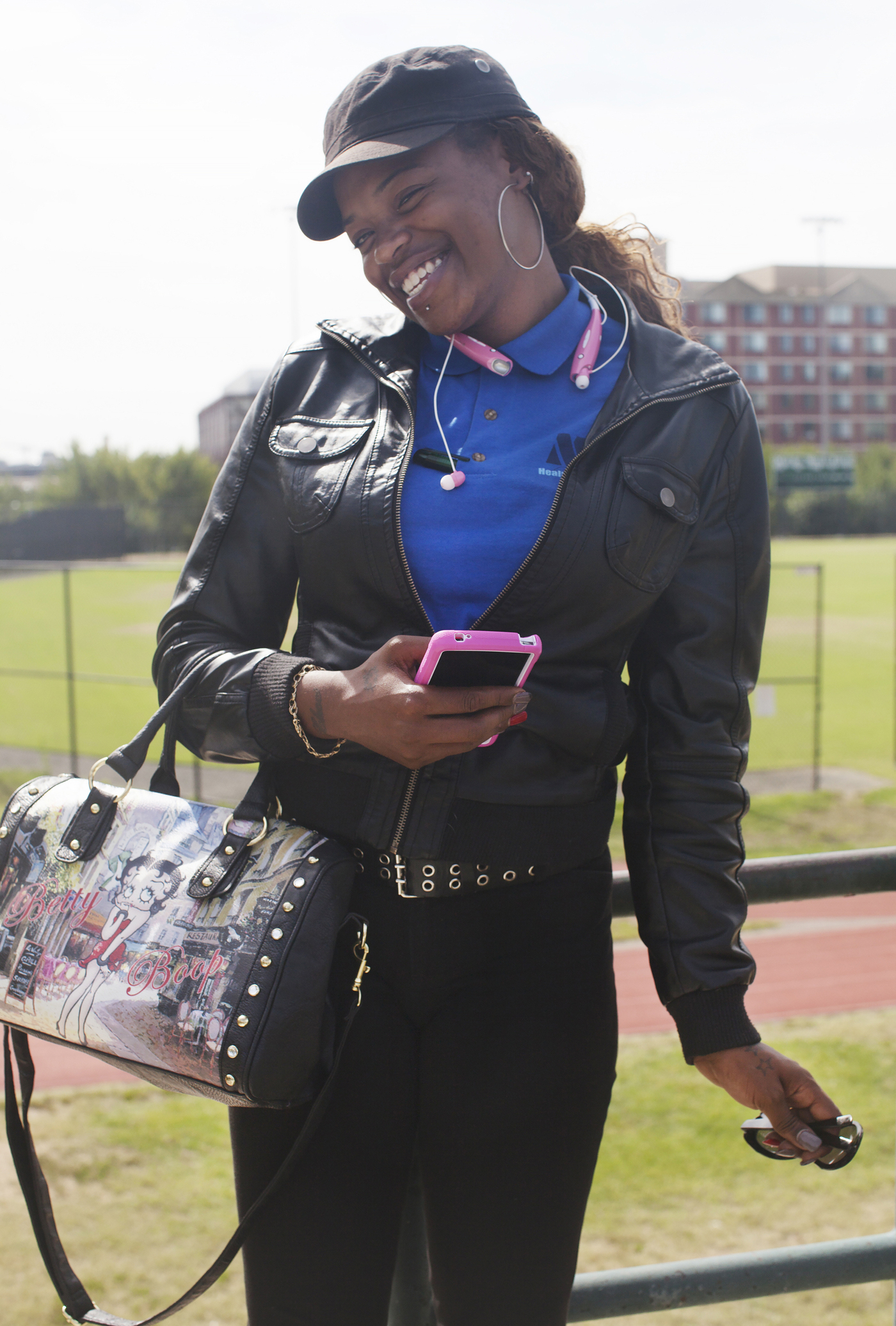 Thovonda Brown, now 25, dipped in and out of extreme poverty after she left home at age 13.

"At any given time, 1.5 million U.S. households with children are living in extreme poverty, defined [in this country] as less than $2 per person per day in reported cash income," says Edin. That includes side jobs and even gifts from relatives.

According to Edin's research, the number has risen dramatically since the mid-'90s, as more people started to fall through cracks in the welfare system.

"With a nonfunctioning safety net and a labor market that's more and more punishing, we end up with this group of people who are living in the world's most advanced capitalist nation with no cash to speak of," she says.

It took a lot of digging to find those people. But after years of study, Edin has spoken with dozens of extremely poor Americans, whose lives she describes in her book $2.00 A Day: Living on Almost Nothing in America. A Tennessean repeatedly sells her own blood plasma to keep her family from being evicted. A single mother who roams the streets of Cleveland, sometimes for 14 hours a day, looking for scrap metal to sell.

The repercussions of such a lifestyle, Edin says, go deep. Of the 18 people Edin and her colleagues followed in their work, "probably half were taking eight or more medications a day," for everything from cancer to anxiety. "Over time, we watched our folks visibly age and get sicker as they experienced repeated spells of extreme poverty," she says.

The bodily toll is something that 25-year-old Thovonda Brown of Washington, D.C., has felt during the times when she and her son were living on about $2 a day. She started having seizures, which she attributes to the stress of poverty.

"I may not be showing it on the outside, but on the inside it's something that's like, killing me," she says, thinking back. Now, she's on seizure medications; she has a job helping the handicapped ride buses. Her 9-year-old son is in a college prep school.

Brown, who used to save money by stashing bills in her Bible, says, "I prayed and prayed and I made it through."