Accessibility links
Share Your Story: What Was The Hardest Thing About Being 15? : Goats and Soda We're on a mission to capture the collective experience of being 15 around the world. Will you join us?

Share Your Story: What Was The Hardest Thing About Being 15?

Share Your Story: What Was The Hardest Thing About Being 15? 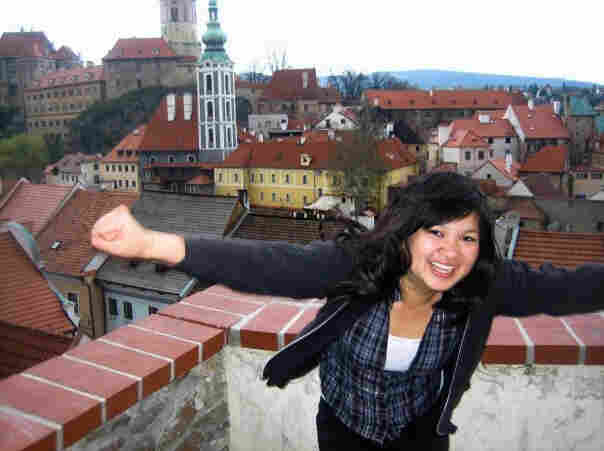 "The hardest thing for me was growing up without my mom. She had two jobs and so I spent a lot of time at my aunt's house," says Yasmine San Pedro, 23, in her #15Girls submission. Courtesy of Yasmine San Pedro hide caption 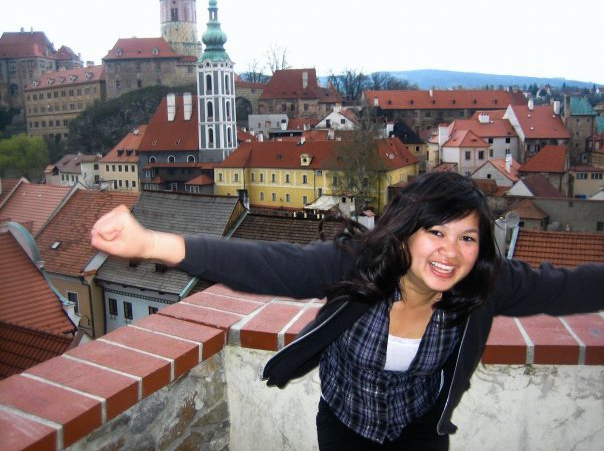 "The hardest thing for me was growing up without my mom. She had two jobs and so I spent a lot of time at my aunt's house," says Yasmine San Pedro, 23, in her #15Girls submission.

No matter where you live, being a 15-year-old girl can be tough. For some girls, it's a fight for independence, the fight to be first in class, or even the fight to win a boy's heart.

For others, it's a fight to stay safe from deadly gang violence, the fight against being trapped in an early marriage, or the fight to play sports considered off limits for girls.

During the month of October, NPR Goats and Soda is on a mission to capture the collective experience of being 15 around the world through social media. This action is part of #15Girls, a series about girls who take risks, break rules and defy stereotypes to create a better life for themselves. The objective: Connect you, our audience, with these girls by sharing your own stories.

Read all the #15Girls stories here

We're asking you to post a photo of yourself as a teen, with the answer to this question: What was the hardest thing about being 15?

We welcome submissions from everyone. No answer is too big or too small — everyone has a story to tell.

Share your answers on Twitter or Instagram by tagging @NPR with the hashtag #15Girls. Make sure to include your name, location and current age, and if you're posting a group photo, tell us which person you are.

We'll profile our favorite submissions on NPR's Goats and Soda blog at the end of October.

To get your creative juices flowing, here are some examples from the U.S. and beyond:

Kainat, Pakistan, 18 years old The hardest time when I was 15 was when I got shot with Malala and Shazia on the 9 of October 2012. It was the hardest time in my life, because we had to stand up for our right and education. After my recovery I wanted to go back to school but no one was ready to pick me up from my house to school because they thought that I would get shot again, and they were scared because they thought they would be arrested. But my father or my brother came with me every day in the local bus. Secondly, after this incident we had a bomb blasting behind my neighbour's house and there were two people who died in this blasting. When it happened the town people said that I should leave this town, they thought that they were not safe because of me. I was so worried about it that I did not know what to do. This is also my town I have lived for 15 years, how can I leave my town easily? Also my father's and mother's job, what will we do? After 6 months when I got a scholarship and came to the UK then everything became fine because I left my town. @npr #15girls

What’s the hardest thing about being 15? Staying true to yourself & having #SelfConfidence! #15girls pic.twitter.com/PWszBzQHOA

Salam, Syria, 15 years old "The hardest thing about being 15 as a Syrian refugee is that I should be in high school now but I can't because I haven't finished elementary school yet.” @NPR #15Girls

Hardest thing at 15, for me, was contend with gender stereotype while coming at top of the class (pic) #15Girls @npr pic.twitter.com/ZRQbZr9Q6o

Shazia, Pakistan, 17 years old I am Shazia from Pakistan and I am 17. When I was 15 it was hard for me to go to school to get an education. It was hard for me to go and buy pencils to do my homework. It was hard for me to show my books. I always cover my books under my scarf. We all know without books we are blind. Books were my future. Books are my inspiration. Going outside of my house was hard meeting my friends was hard. This is why I stand up for my right. I don't want other girls at age of 15 scared of going to school meeting her friends unaware of freedom. So me Shazia I want you to walk with me, stand with me and Malala. @npr #15girls Photo credit Malin Fezehai / HUMAN for Malala Fund

See all submissions to our #15Girls social media campaign here: