Accessibility links
Scottish Nurse Who Recovered From Ebola Is Back In Isolation : Goats and Soda Pauline Cafferkey, who caught the virus last winter in Sierra Leone, was taken to the hospital with an "unusual late complication" from her previous infection. That's a surprise — and a concern. 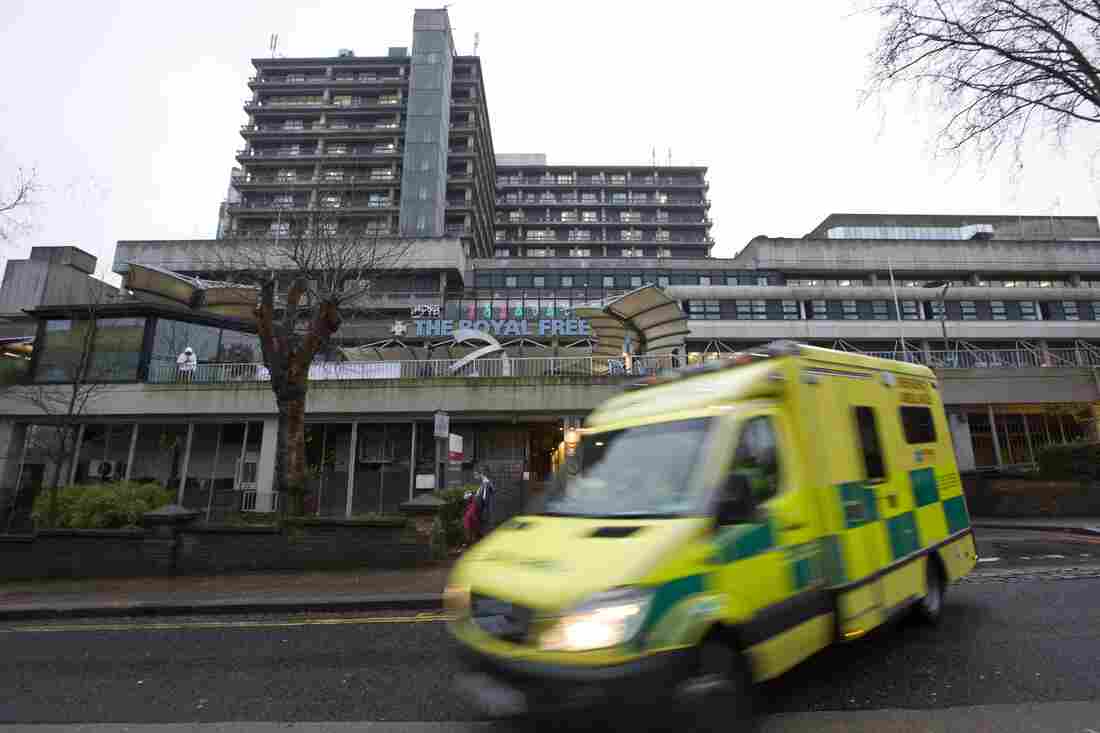 Pauline Cafferkey is now in isolation at the Royal Free Hospital in North London, where she was treated in January for Ebola. Justin Tallis/AFP/Getty Images hide caption 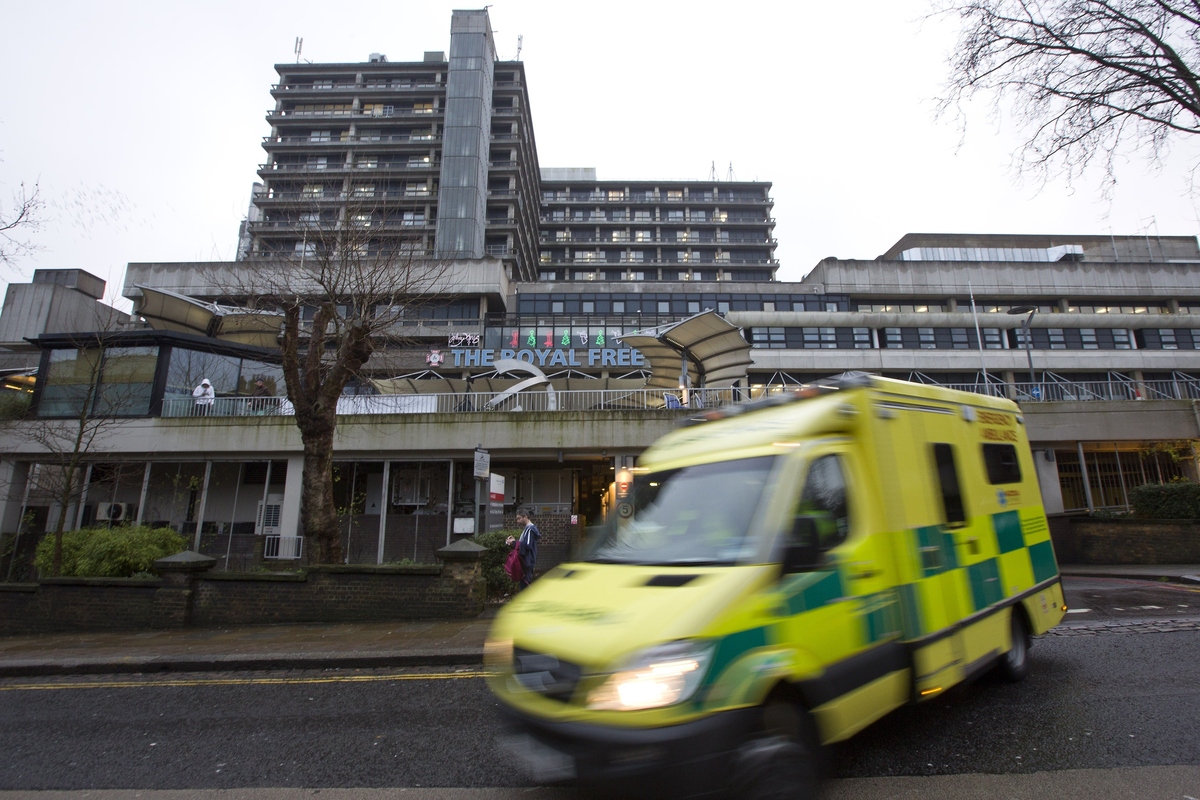 Pauline Cafferkey is now in isolation at the Royal Free Hospital in North London, where she was treated in January for Ebola.

A Scottish nurse who recovered from Ebola in January has been medevaced from Glasgow to London in a Royal Air Force C-130 Hercules transport plane specially equipped for infection control.

Doctors say Pauline Cafferkey is suffering "an unusual late complication" from her previous Ebola infection. They note that "Pauline previously had the Ebola virus and this is therefore not a new infection."

Cafferkey is being treated in the isolation unit of the Royal Free Hospital in London, the same high-security, bio-safety ward where she was treated for Ebola in January.

Cafferkey came down with the virus in December of last year. After volunteering as a nurse at an Ebola treatment unit in Sierra Leone, she got sick soon after returning to the U.K.

Cafferkey was the first recorded Ebola case on British soil. Although she became critically ill, she made a full recovery and was released in late January.

Dr. Aneesh Mehta, who is part of a team of doctors at Emory University that treated four Ebola patients during the recent outbreak, says Cafferkey's readmission to the isolation unit is puzzling.

"If it truly does turn out that she has Ebola 10 months [later] without any further exposures, that would be surprising to us," Mehta says, "And I believe [it] would be the first time that we've ever found a relapsed case of Ebola."

Officials at the Royal Free Hospital have released limited details about Cafferkey's case but as of Friday listed her as being in "serious" condition.

Mehta at Emory says the virus is capable of lingering in some patients long after they've recovered. The two main reservoirs are the testicles and the eyes. But his team has only seen this happen in men.

"We had two female patients here. There has been no persistent site of Ebola found in any of the female patients that we've taken care of nor have we heard of any other sites of persistence [of the Ebola virus] in any women," Mehta says.

Sandro Galea, the dean of the school of public health at Boston University, says this case illustrates the mysteries of Ebola. "There's a lot that we don't understand about this particular disease," Galea says.

If the Ebola virus is capable of lying dormant inside survivors and then re-emerging, this could have major implications in West Africa. There are roughly 17,000 survivors in the region. Liberia has already had at least one case of a male survivor who still carried Ebola in his semen and sexually transmitted the virus to a woman, who later died.

That new case occurred six months after the original patient had been declared Ebola-free.

If Ebola is shown to be capable of re-emerging, life could become even more difficult for survivors. They could face future health concerns in addition to the stigma and discrimination they already have to deal with.