Accessibility links
How They Spent Their Global Summer Vacation : Goats and Soda Students of global health are just back from summer trips around the world, learning about mental health, latrine shortages and mosquitoes. They share their experiences — and their tweets of advice.

How They Spent Their Global Summer Vacation

How They Spent Their Global Summer Vacation 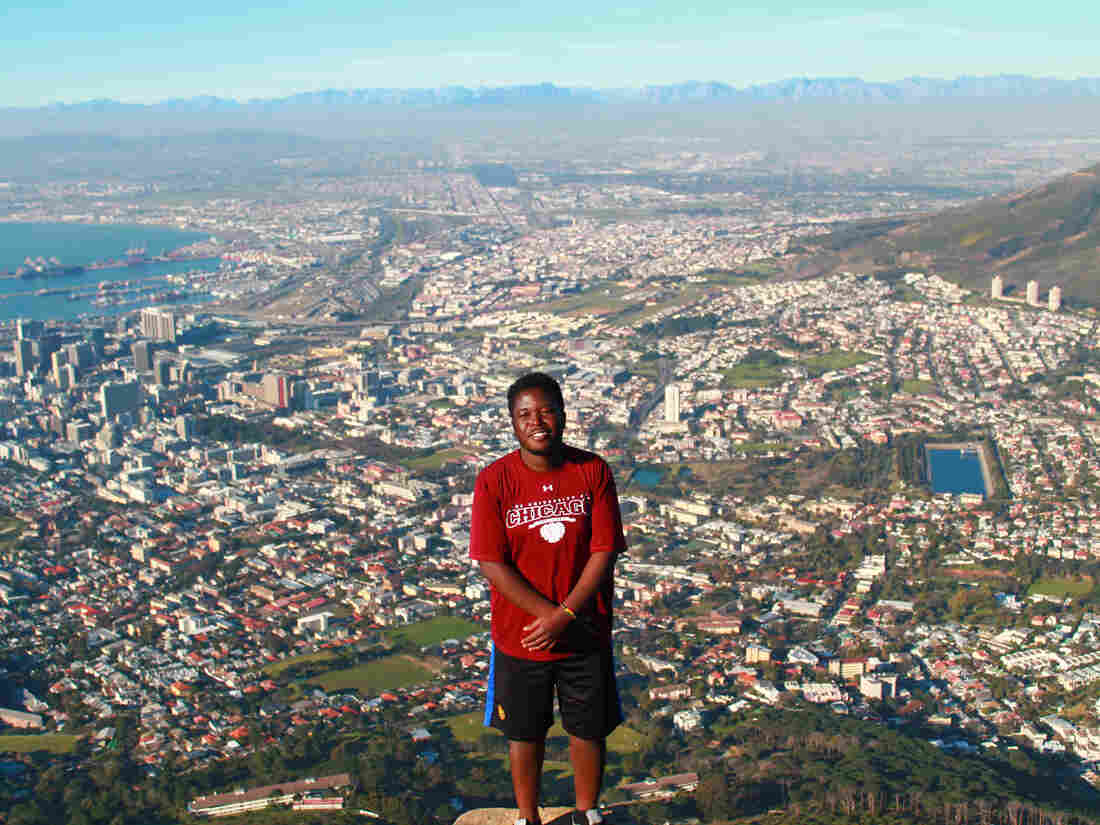 Tatenda Yemeke spent the summer working on mental health issues in Cape Town: "I lived with a Muslim family and they helped me learn about local culture." Courtesy of Tatenda Yemeke hide caption 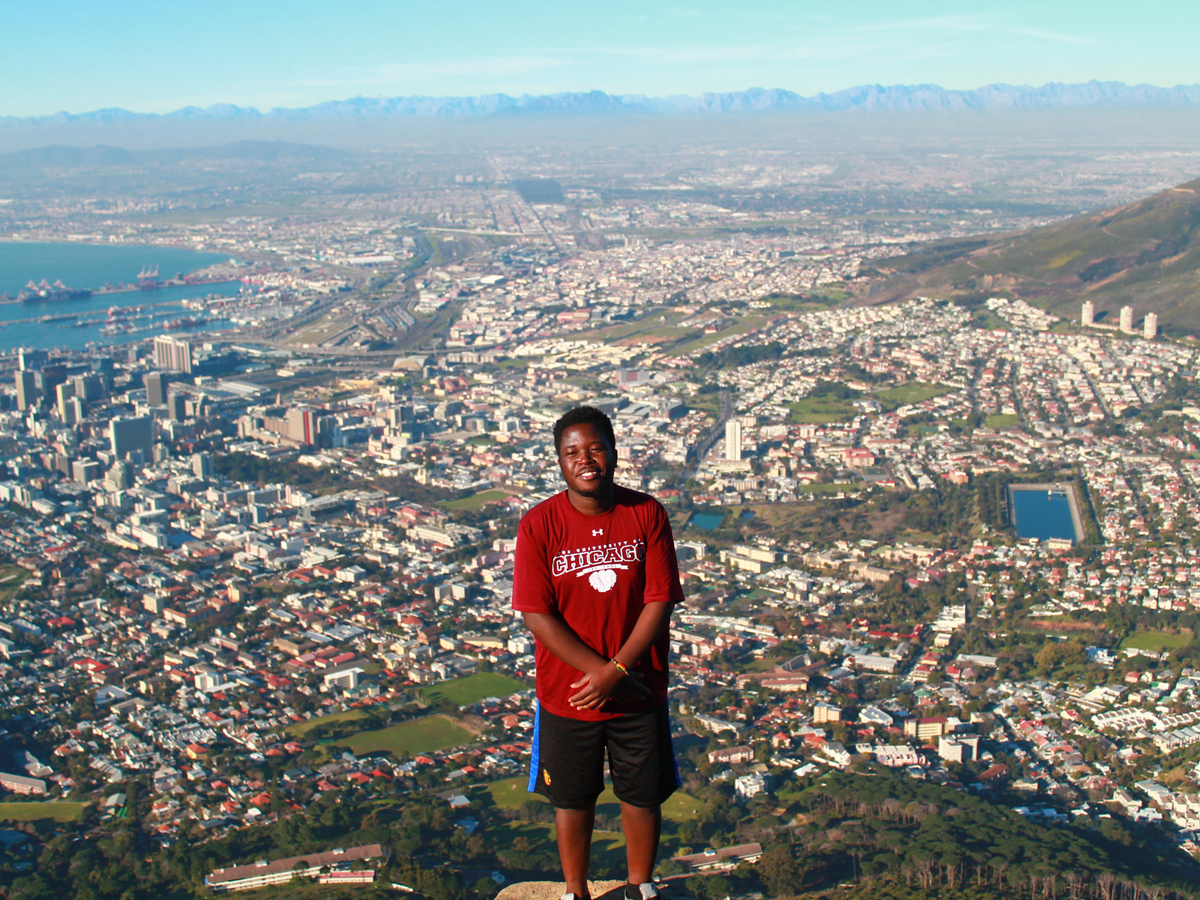 Tatenda Yemeke spent the summer working on mental health issues in Cape Town: "I lived with a Muslim family and they helped me learn about local culture."

How did you spend your summer vacation?

We asked three graduate students in international studies programs to tell us how they spent their global summer vacations.

Who: Tatenda Yemeke, a native of Zimbabwe, working toward a master's degree in the Duke University Global Health program

Where In The World: A medical clinic in Cape Town, South Africa

Lessons Learned: "The culture is such that any sexual abuse or trauma is not mentioned. It is taboo. Our biggest asset was our research assistant, a South African woman who lives in a nearby township. She was able to build rapport and trust with the women, and many expressed relief at finally being able to tell someone. It had been a burden for so long. Most said they did not disclose the abuse for fear of gossip or further victimization.

"There were stories about abuse that occurred during childhood and adolescence and how that affected their relationships and intimacy in adult life. One woman talked about how she does not trust her own husband around their daughter because of what happened to her and her fear that her daughter would experience the same abuse in her life."

Sweet Strategy: "At first, we [had problems establishing rapport with] the nurses. We then wrote personalized letters or cards thanking them for their help, explaining why our project is important, and gave them small gifts (chocolate!). After this we had a positive response."

Tweet Of Advice: "Don't self-isolate with expatriates — embed with the community. I lived with a Muslim family and they helped me learn about local culture."

Who: Carly Tubbs, working toward her Ph.D. from New York University's program in psychology and social intervention. 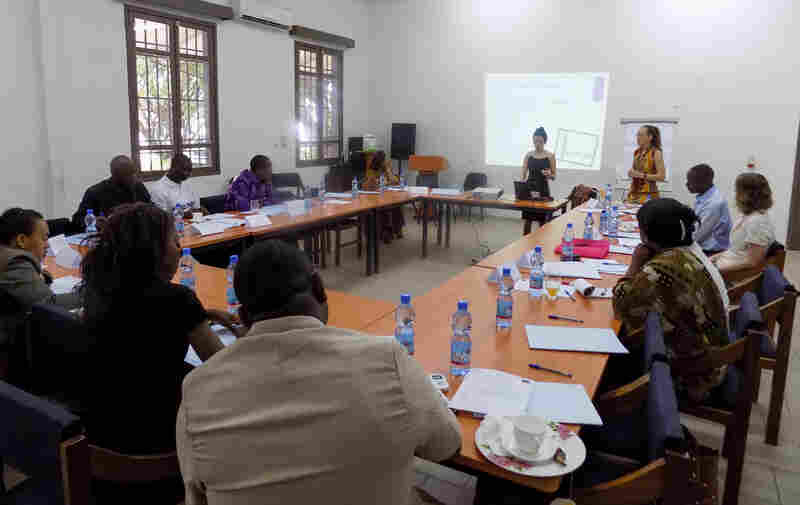 Carly Tubbs attends a meeting about the "Healing Classrooms" project for kids at risk in the Democratic Republic of Congo. Courtesy of Carly Tubbs hide caption 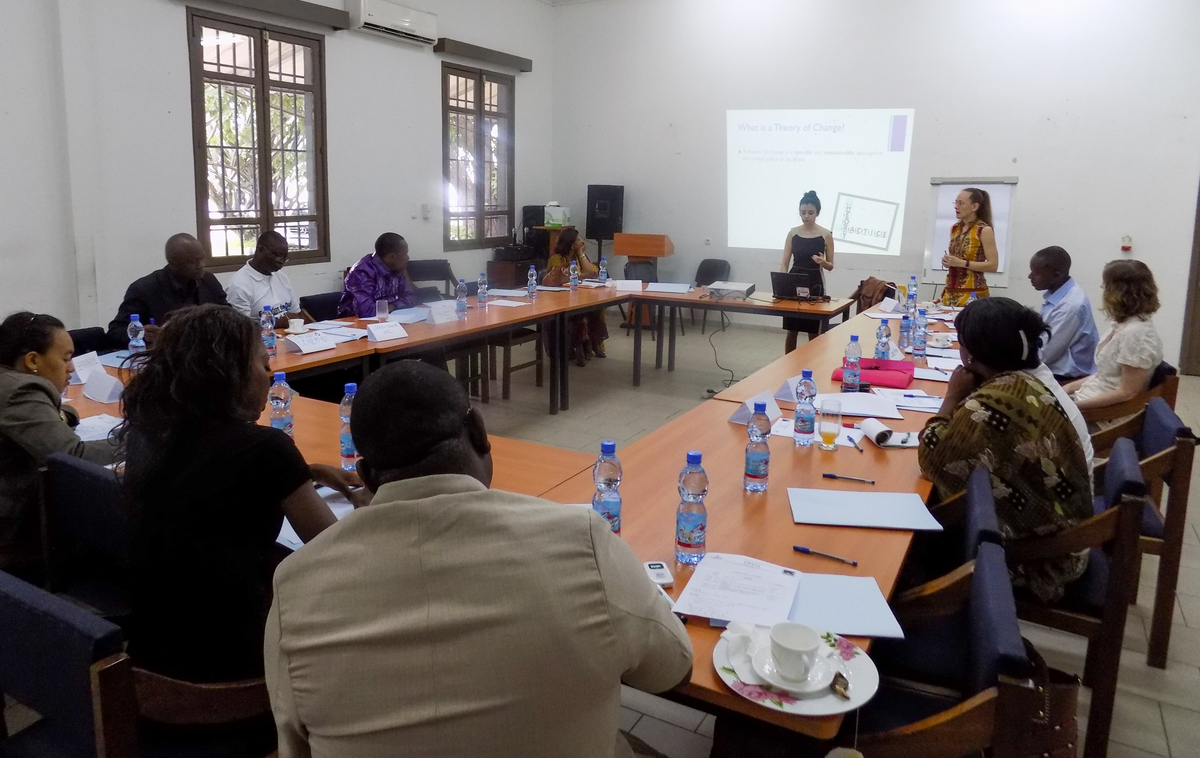 Carly Tubbs attends a meeting about the "Healing Classrooms" project for kids at risk in the Democratic Republic of Congo.

Where In The World: Democratic Republic of Congo and Bekaa Valley, Lebanon

The Project: Gathering data for the International Rescue Committee to help evaluate the effectiveness of Healing Classrooms, a school-based program that provides social-emotional learning in safe and supportive spaces in the midst of conflict zones

Lessons Learned: "In one school in the province of South Kivu, in the eastern part of DRC, at least seven battles by militias and other groups took place less than a quarter mile away and 13 more within two miles. We are analyzing the maps to learn how exposure to the conflict influenced children's mental health and well-being; and if so, whether Healing Classrooms was protective of children's well-being and learning. Stay tuned ..."

"In Lebanon, on the Syrian border in the Bekaa Valley, we're seeing huge levels of migration. While I was there, an entire community — about 600 families — up and left to go to a different agricultural field because there had just been a bombing [close to their] tent settlement. We visited the school the IRC had set up, all the name tags were on the desks, the artwork was on the walls, but only two children out of 50 to 100 who would normally be there were left."

Not-So-Easy Money: "The systemic challenges can be overwhelming. For instance, the DRC government has just set up a new system for paying teachers, similar to an ATM, but they are often located from two days to a week from the school. So the teachers are gone from the schools for a week at a time to get paid. And during that week, the kids aren't in school because there is no a teacher."

Tweet of Advice: "Be open to challenging your assumptions. Outsiders often don't know what's best. And be sure to have international insurance and bug spray!"

Who: Claire Greene, a Ph.D. student at the Johns Hopkins University Bloomberg School of Public Health

Where In The World: Nyarugusu refugee camp in western Tanzania

The Project: Organizing and training research teams as they develop an intervention to provide mental health and prevention counseling to Congolese female refugees in Tanzania who have experienced intimate partner violence. The name of the program is the Nguvu Project, Nguvu being Swahili for "power." 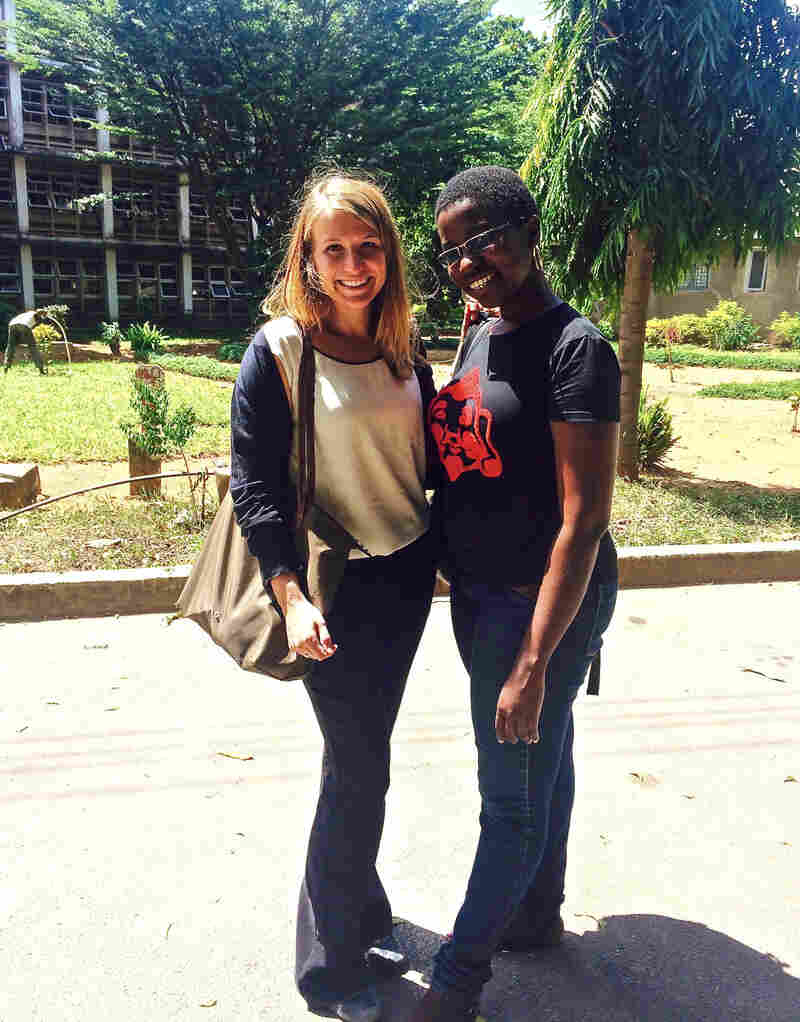 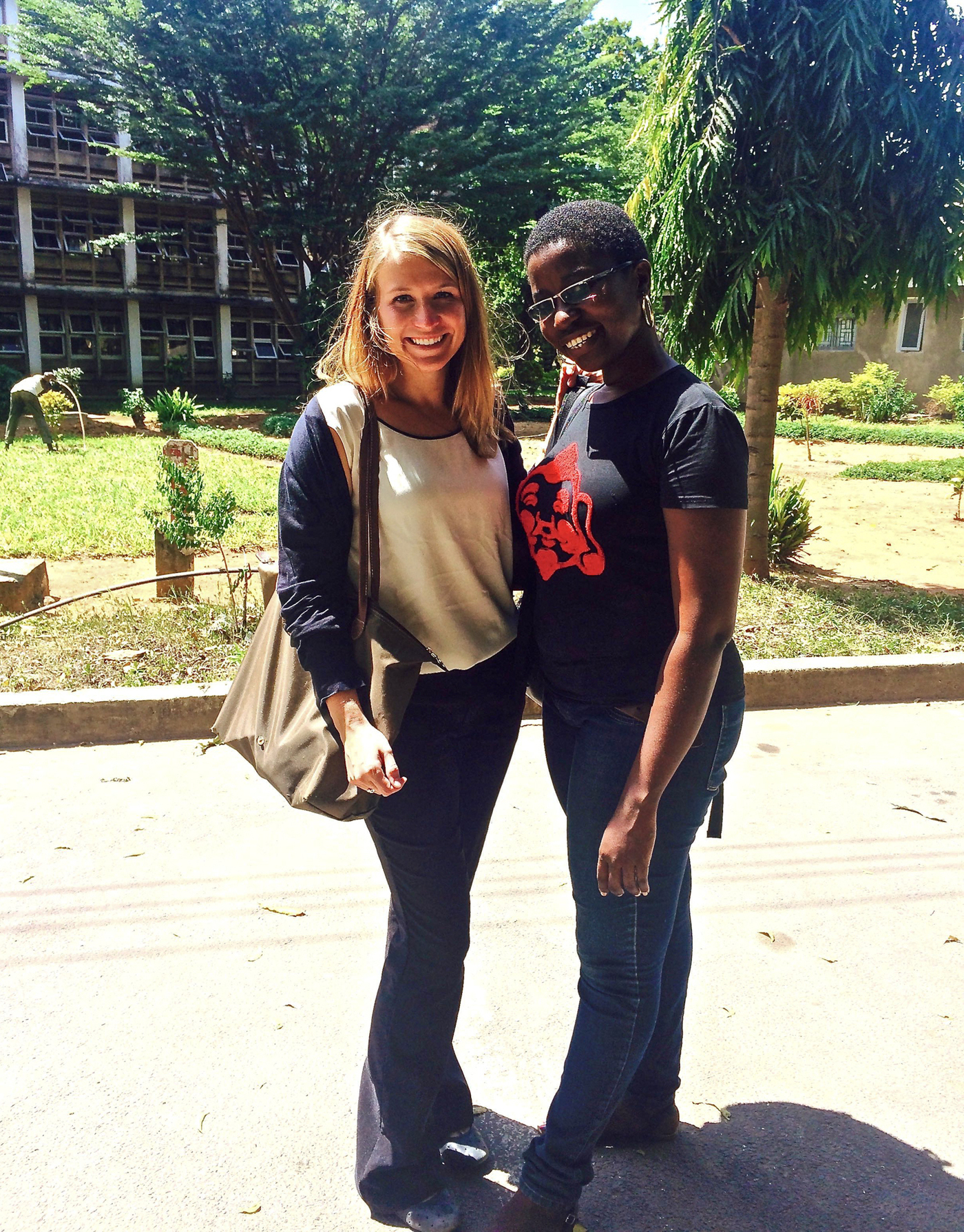 Lessons Learned: "During my time there, people from Burundi were entering the camp as a result of escalating violence due to the election. This was an unpredictable change that meant we had to figure out quickly how to be flexible and sensitive in terms of not interfering with help needed for the Burundis who were arriving, and in coordinating and thinking about priorities when resources were so limited.

The massive influx of refugees completely overwhelmed capacities in Nyarugusu. Thus the situation in the camp once we arrived was very different than what it had been when we planned the Nguvu project. Our timeline and the resources that could be devoted to the project immediately would be restricted and slow-moving. It was necessary for us to adapt to the reality of the situation.

Finding A Soapbox: "I sat in on a WASH (Water, Sanitation & Hygiene) meeting addressing the shortage of latrines, soap and water, particularly in the areas of the camp that had been set up to house newly arriving refugees. My role as someone interested in mental health (there weren't many of us in the camp) became arguing for the incorporation of mental health and psychosocial considerations into these programs addressing basic needs. I realized that while certain components of our project were put on hold, the objectives of the project to improve mental health and prevent violence could still be pursued."

Tweet Of Advice: "Try to learn enough of the language to greet people. That is a sign of respect, and learning a few words in advance goes a long way."

If you've spent time abroad in a global studies program, share your advice on Twitter (photos welcome!) with the hashtag #NPRTravelHacks and @NPRGlobalHealth or leave a comment below. The deadline is October 30. We'll feature some of the best in an upcoming story.