Accessibility links
Gold Miners Breathe The Dust, Fall Ill: 'They Did Not Give Me Nothing' : Goats and Soda Tens of thousands of South African miners are suffering from an incurable lung disease. Now they hope to file a class-action suit to gain compensation. 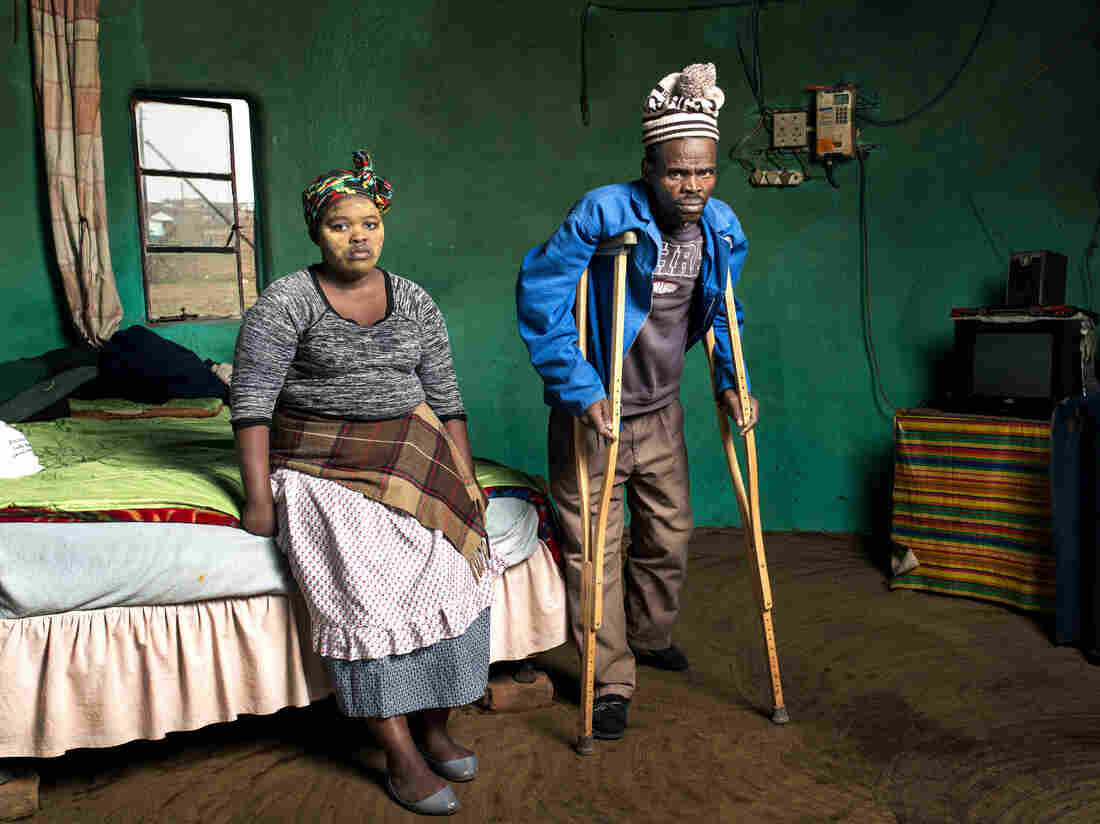 Patrick Sitwayi, 57, lives in Upper Mcambalala and has silicosis from working in the gold mines for 22 years. Photographer Thom Pierce has been covering the miners. Thom Pierce hide caption 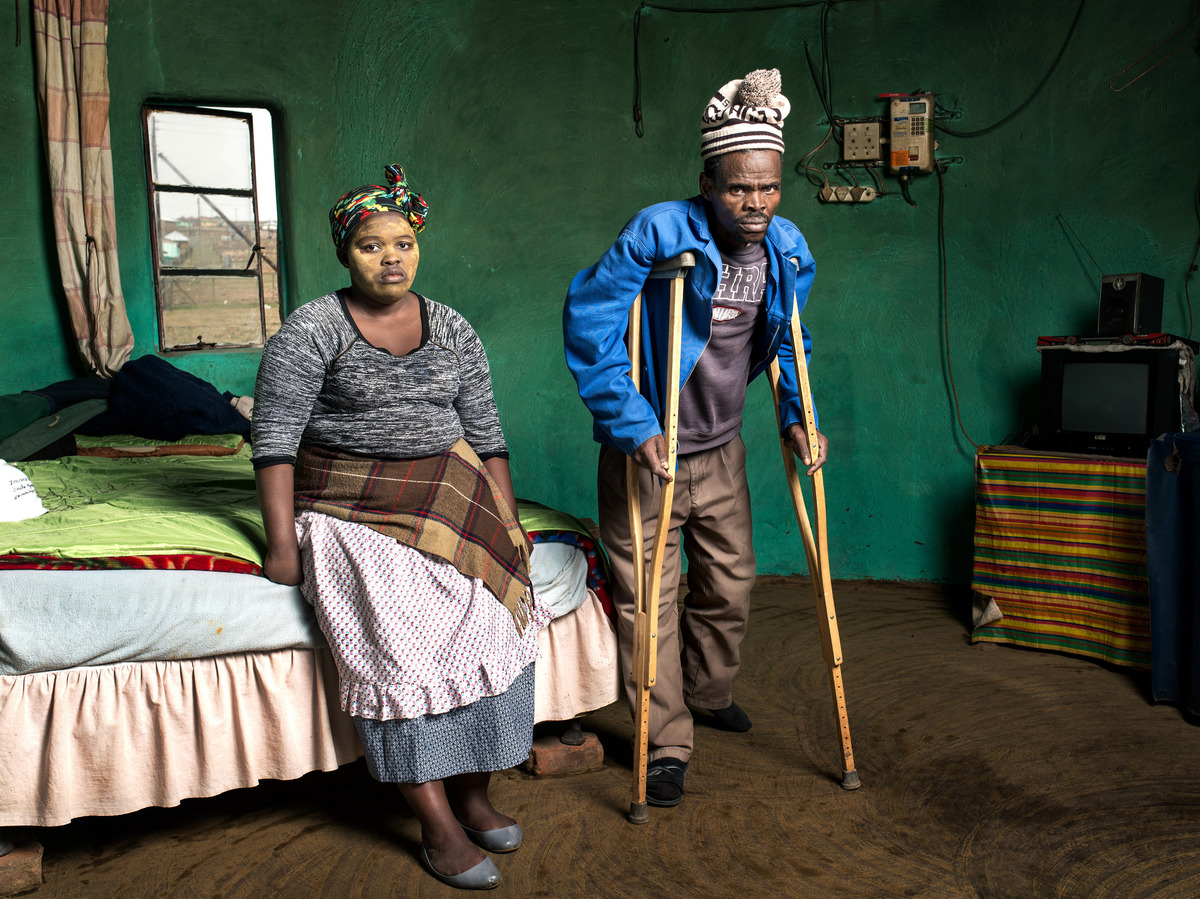 Patrick Sitwayi, 57, lives in Upper Mcambalala and has silicosis from working in the gold mines for 22 years. Photographer Thom Pierce has been covering the miners.

Miners in South Africa have some of the highest rates of silicosis in the world. Silicosis is an incurable and degenerative lung disease caused by breathing in silica dust, which is created in gold mining during blasting. Now, thousands of current and former South African miners are asking the country's highest court for the right to proceed with a lawsuit against the gold mining industry. They argue that mining companies failed to protect their health. If it's certified, the class action would be the biggest ever brought in the country.

Siporono Phahlam lives in a rural village in South Africa's Eastern Cape. He knows the impact of silicosis firsthand. For 32 years, Phahlam worked in a South African gold mine owned by mining giant Anglo American. But when he was 51, he failed the mine's annual medical exam. Phahlam says he was told he had silicosis and should leave.

"They discharged me," he says. "They say I am sick, they say a person if he has silicosis, he can never work anymore at the mine."

Phahlam went home, ill and unemployable. He says he never received any compensation from the company.

"They did not give me nothing; I did not get anything," he says.

Phahlam is one of thousands of miners and widows of miners who want compensation. Richard Spoor is an attorney representing some of them.

"It was cheaper for the gold mining industry to cripple and maim workers by exposing them to excessive levels of dust than it was to take steps to protect their health," says Spoor. He says that while the South African government looked the other way, miners were used and discarded like machinery.

"This is likely the biggest ongoing industrial disaster of modern history," he says. "Literally hundreds of thousands, perhaps millions of men have contracted this disease and died in the last hundred years."

For much of that time, Spoor points out, South Africa was governed by a white minority under the apartheid system.

"So the whole system of apartheid, which really entailed setting up labor reserves from which miners could be recruited to come and work on the gold mines, was all about providing a cheap source of labor to the mines," he says.

The mining industry acknowledges that wrongs were done in the past but says things are improving. It used to take an average of seven years for a worker to fall ill during the apartheid era; now it takes about 20, in large part because of improved ventilation. And while the mining industry is fighting the case in court, behind the scenes it's showing a willingness to compromise over a legal issue that has dragged on for a decade. The industry and attorneys for the miners are currently deep in negotiations over the terms of a trust fund for the miners.

Alan Fine is a spokesman for seven major gold mining companies involved in the talks. "When the companies got together to begin this initiative," says Fine, "it was with the recognition that there is a legacy that needs to be dealt with and put right as far as is possible."

There isn't a lot of optimism in the miners' camp. The gold mining industry in South Africa is in turmoil, facing rising costs and low prices. And miners from the old apartheid era are dying. Attorney Richard Spoor says a compromise may be the best chance for sick miners to receive at least some kind of reparation.

"It is not about achieving justice," Spoor says. "Too much has happened for us to imagine we could right the wrongs of the past. But we can do something for those who are still alive."

A decision is expected in the case by January.