Accessibility links
Who Was The First To Try To Manipulate Birthrates? Not China! : Goats and Soda Credit (or blame) goes to France, which wanted more babies in the 19th century. Like most government plans to influence birthrate, it didn't quite work.

Who Was The First To Try To Manipulate Birthrates? Not China!

Who Was The First To Try To Manipulate Birthrates? Not China! 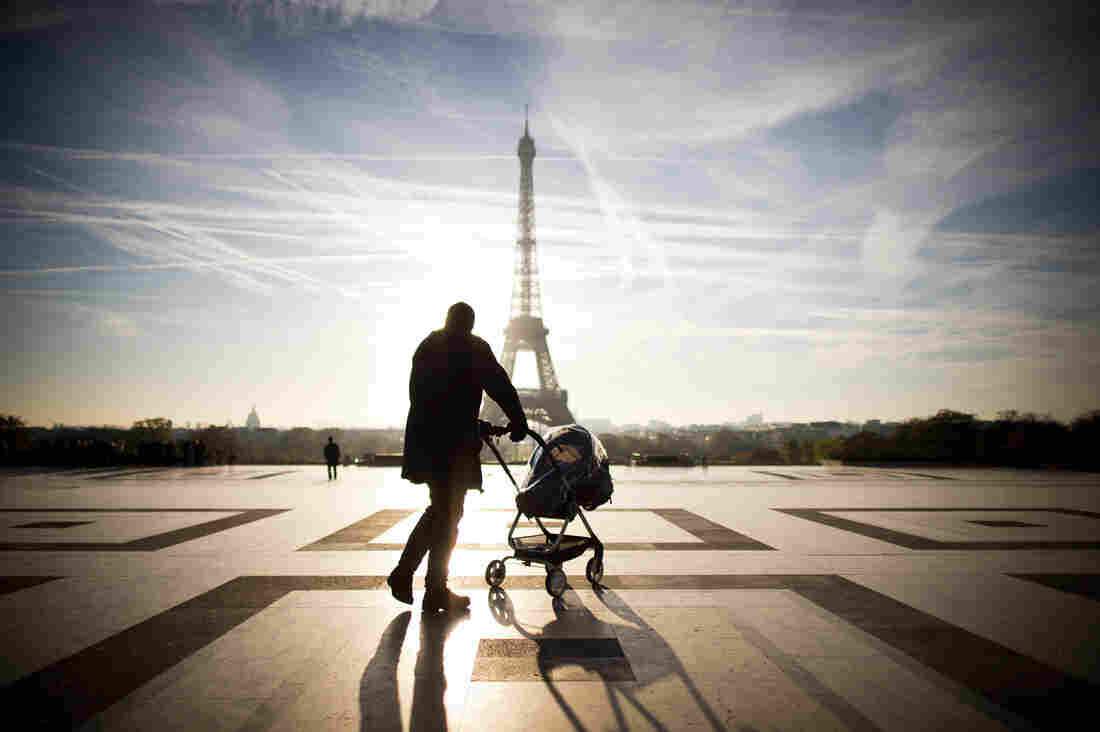 France is willing to give money to families that have more babies. Lionel Bonaventure/AFP/Getty Images hide caption 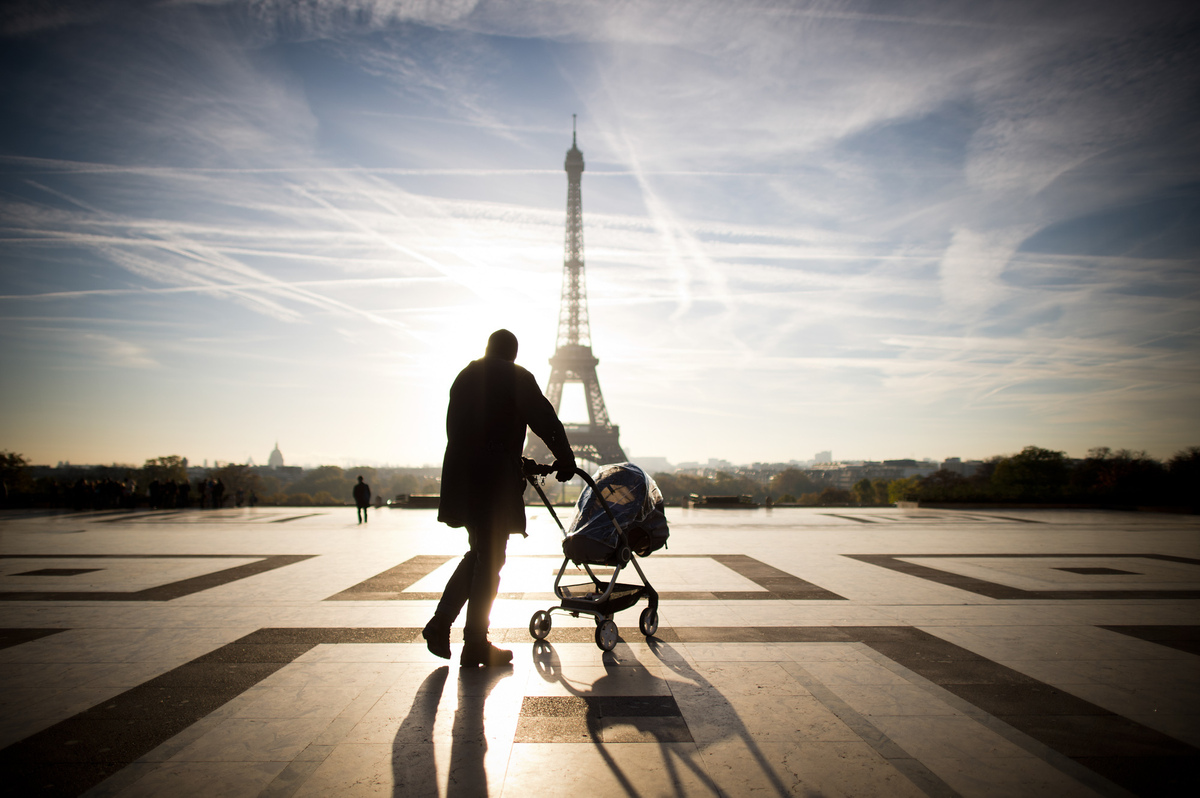 France is willing to give money to families that have more babies.

Blame it on France.

China is the most troubling example of a government using national policy to engineer the size of its population with its decades-long one-child policy.

But the idea has its roots in late 19th century France. And it was expanded on in the mid-20th century by scholars in the United States, who helped create the environment of overpopulation fear in which Chinese leaders adopted their draconian approach.

So says Nicholas Eberstadt, an economist and demographer at the American Enterprise Institute who was one of the earliest critics of China's policy.

What's more, argues Eberstadt, today the delusion that top-down methods of population management can work remains surprisingly persistent across the world, even following China's announcement that it will roll back the one-child policy.

We spoke to Eberstadt to put the China news in global and historic context.

"Modern population policy really goes back a century before this terrible Chinese experiment," says Eberstadt. "In the late 19th century, French government and society was very conscious that the balance of power was turning in Europe with the rise of Germany and the decline of France." This shift was particularly evident in demographics, he adds, with France's population stagnating as Germany's population boomed.

"The French government wanted to do something to encourage more French babies," he says. So it came up with a series of modest financial bonuses for families who had children, along with a public relations campaign "talking up" the importance of the French family.

As a policy it wasn't terribly effective, says Eberstadt. But he says the broader ramifications were considerable: "It marked the introduction of modern population policy."

After World War II, the focus of demographic scholars and policymakers shifted from worries about too few babies to fears of too many — specifically in poor countries.

Many of these thinkers were based in the United States. In 1968, Stanford University professor Paul R. Ehrlich published the best-selling book The Population Bomb, in which he warned that overpopulation would soon lead to mass starvation. By 1977, Robert McNamara — the former U.S. secretary of Defense who by then had become president of the World Bank — was declaring that rapid population growth could prove as much a threat to humankind as nuclear war.

Birth control became a cornerstone of aid policy. And some were even talking about "how we'd need to start triaging aid because places like Bangladesh were unsalvageable," Eberstadt says. "They were saying that we should focus aid on what they called 'the walking wounded' who could be saved."

"This way of thinking was very prevalent in the 1970s and that was the time when the Chinese leadership was considering its new population policy."

In other words, he says, when China declared in 1980 that most Chinese families would only be permitted to have one child — and would be punished for violating the law — "this was absolutely not occurring in a vacuum."

Indeed, China wasn't even the first country to experiment with forcible population control. In the late 1970s, Indira Gandhi, then prime minister of India, introduced a program that involved the involuntary sterilization of many men and women. The ensuing popular outcry not only brought the program to a swift end but helped sweep Gandhi from office. That's what can happen in a democracy like India.

Chinese leaders didn't have to worry about such constraints. And Eberstadt says that when the one-child policy was unveiled, it didn't even face much international criticism. "The program had a lot of apologists in the West," he says. "It was seen as not only acceptable but as pioneering."

For example, in 1983, the Committee for the United Nations Population Award, made up of 10 member states, gave a special award to China's program.

At least one other country followed China's example: In the late 1980s Vietnam adopted a similar policy — though it allowed for two children. That policy remains partly in effect even today. Eberstadt says there is also evidence that North Korea followed suit, although the country's leadership has never formally acknowledged it.

It wasn't until around the late 1980s that the balance of international opinion turned against the one-child policy and the human rights abuses — including forced abortions — involved.

Over the ensuing years, the idea that overpopulation posed an apocalyptic threat was also discredited. It turned out that growing more food — rather than subtracting the mouths — solved the problem of potential hunger.

Chinese leaders did increase food production and were rewarded not just with economic growth but with the declining fertility rates that generally accompany it, says Eberstadt. But they believed that the one-child policy was at least partly responsible.

That thinking is evident now, he says. Chinese leaders have rescinded the policy at least in part because they're worried that China's population growth has slowed too much, leaving too few working-age adults to care for a ballooning elderly population. And they're hopeful the new approach will change the curve.

The same thinking is behind current child subsidy programs in countries ranging from Singapore to the nation that started it all: France. Yes, the French are still at it — offering financial incentives in the hopes of inducing families to have more children, fearful now as they were many decades ago about declining population.

So, says Eberstadt, the lesson has not been fully learned. He argues that the empirical evidence suggests top-down policies are almost as ill-suited to spurring population growth as they are to slowing it. "But as long as you have government decision-makers who are in the thrall of ideologies that don't rely on evidence," he says, "unfortunately, I fear we'll see more of the same in the future."