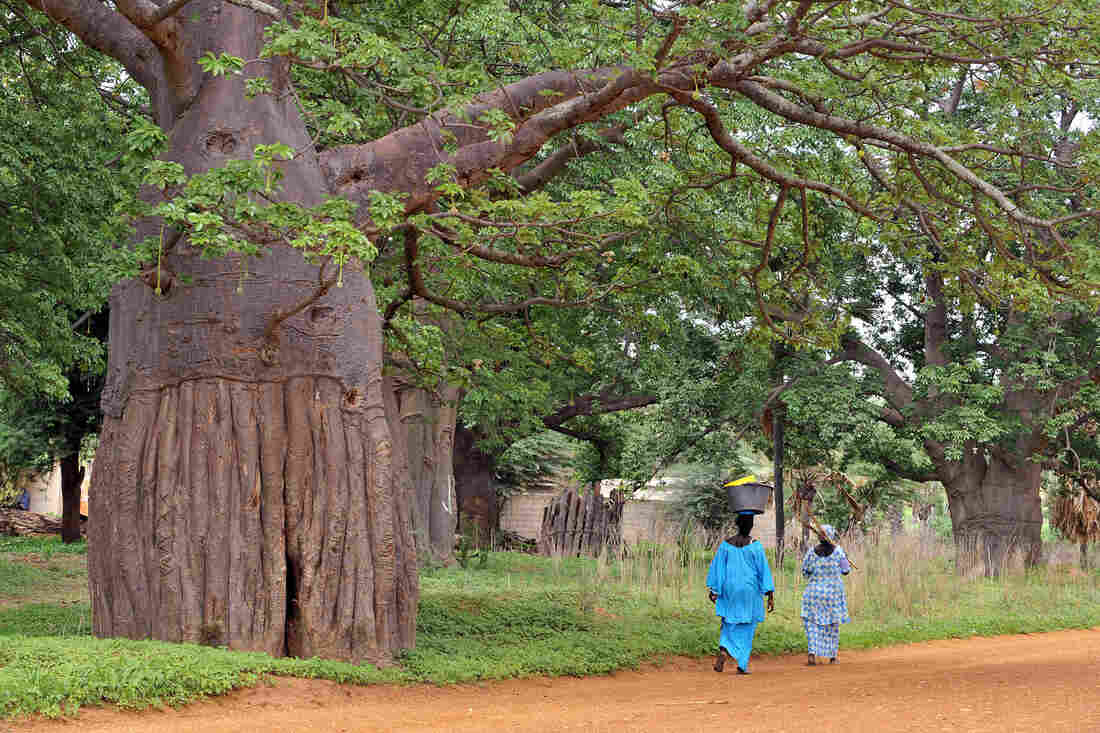 The fruit of the baobab tree can be turned into a creamy juice. GEORGES GOBET/AFP/Getty Images hide caption 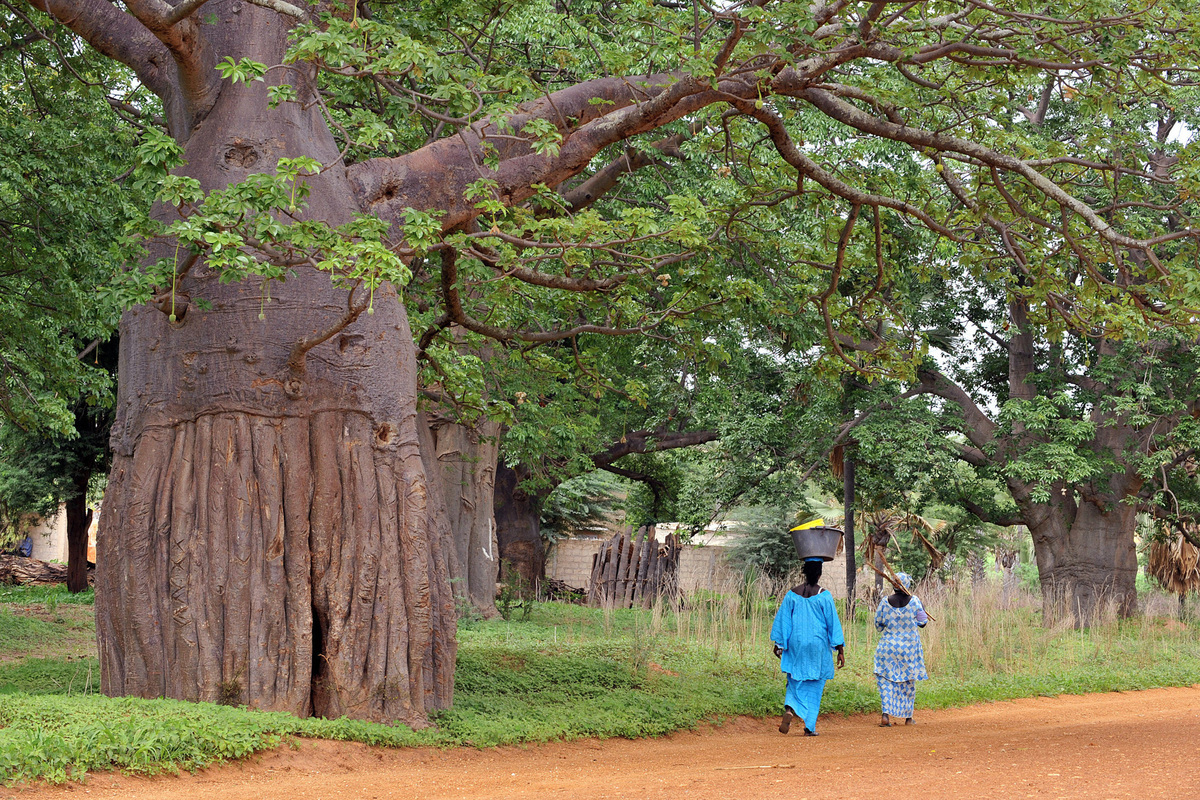 The fruit of the baobab tree can be turned into a creamy juice.

It was juice that did the trick.

The juice from the fruit of the baobab tree was creamy and flavorful, with a hint of mystery. The tamarind juice was dark, fruity and tangy. And there was juice from the plumlike ziziphus.

The juices were served in Linguere, a region in Senegal that's been devastated by drought.

The drinks were presented to a group of visiting farmers from Daga Birame, a village in central Senegal. They'd driven 125 miles to see how Linguere was dealing with drought. Because the worry is that Daga Birame residents will soon be facing the same concerns.

And when the farmers drank, they were curious. How did the people of Linguere manage to make such lovely juice if their land was so dry?

The answer was that they bought the fruit from farmers in the Daga Birame region, in Senegal's agricultural belt. And that's when it clicked for the visitors.

As the saying goes, that's when the penny dropped. It was "le declic," says dynamic Senegalese agroforester Diaminatou Sangare, snapping her fingers. The farmers realized that the way to succeed, in spite of climate change, was to make the most of what they've got and look for ways to protect their own land in the heart of the country.

That moment gave birth to Daga Birame's "One Woman, One Fruit Tree" community project, supported by Sangare and a team of researchers from the Climate Change, Agriculture and Food Security research program run by the CGIAR, a global consortium of agricultural research centers.

If the villagers could make the most of what they had — an abundance of majestic baobab trees — they could create a homegrown solution to fight climate variability. It's especially timely because scientists from the research program say that Daga Birame is likely to suffer a similar fate to Linguere within 30 years.

"We thought, well, we have so many of these trees in our area," says Ousmane Thiall, a respected Daga Birame farmer. "Why don't our women do the same as the women in Linguere [and] make the most out of these fruit trees?"

Soil scientist Robert Zougmore, from Burkina Faso, is part of the research team working with these Senegalese villagers to take that challenge seriously.

"The farmers who visited the Linguere site realized that they have potential for increasing resilience [to] climate change [by] generating income with the baobab fruits, producing juice, processing it and packaging it to sell," says Zougmore.

The One Woman One Fruit Tree project, which kicked off last year, is led by Senegal's Institute for Agricultural Research and is co-financed by CCAFS's Climate-Smart Villages project in Daga Birame.

The organizers began the program with test plots, growing ziziphus and tamarind, and later guavas, soursop and other fruits. They gave 52 female farmers 300 plants to grow, about six varieties per producer.

Women and men learn how to grow and tend the crops at apprenticeships in the rural test-site "school" by observing established farmers. Then the focus is on women in the "One Woman, One Fruit Tree" program, who rely on the additional income and extra food the fruits provide.

Ramatou Diouf leads the female farmers' group in the project.

She says Daga Birame women also grow other drought-resistant, fruit-bearing crops on their own parcels of land, using irrigation methods that preserve water during the dry season.

The villagers have also designated what is left of the forested land around Daga Birame and the surroundings for conservation.

Diouf says that in the year since their visit to Linguere, the project has improved their lives — bringing employment, financial benefits, better harvests and a better life for Daga Birame.