Accessibility links
Meet Rosa From Living On One's "Rosa — These Storms" : Goats and Soda Her life had spiraled out of control: school dropout, pregnant, parents kicked her out, baby died. Find out how Rosa Coj Bocel of Guatemala fought back. 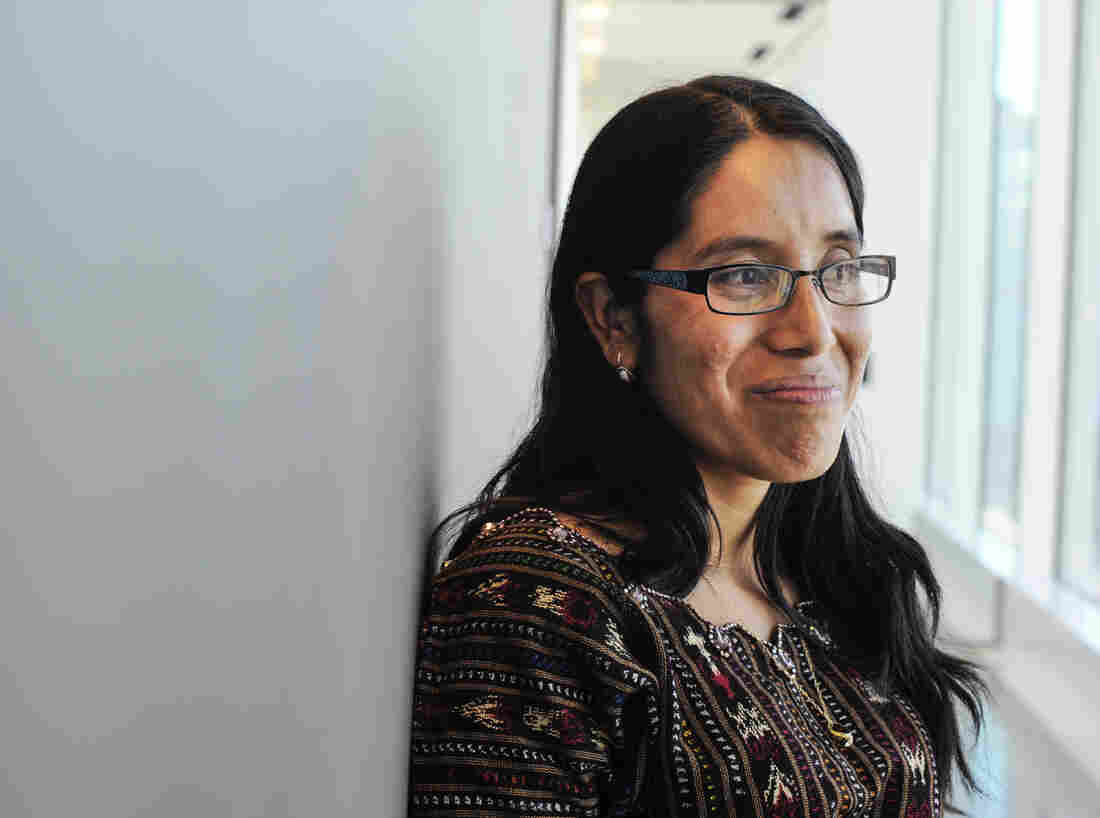 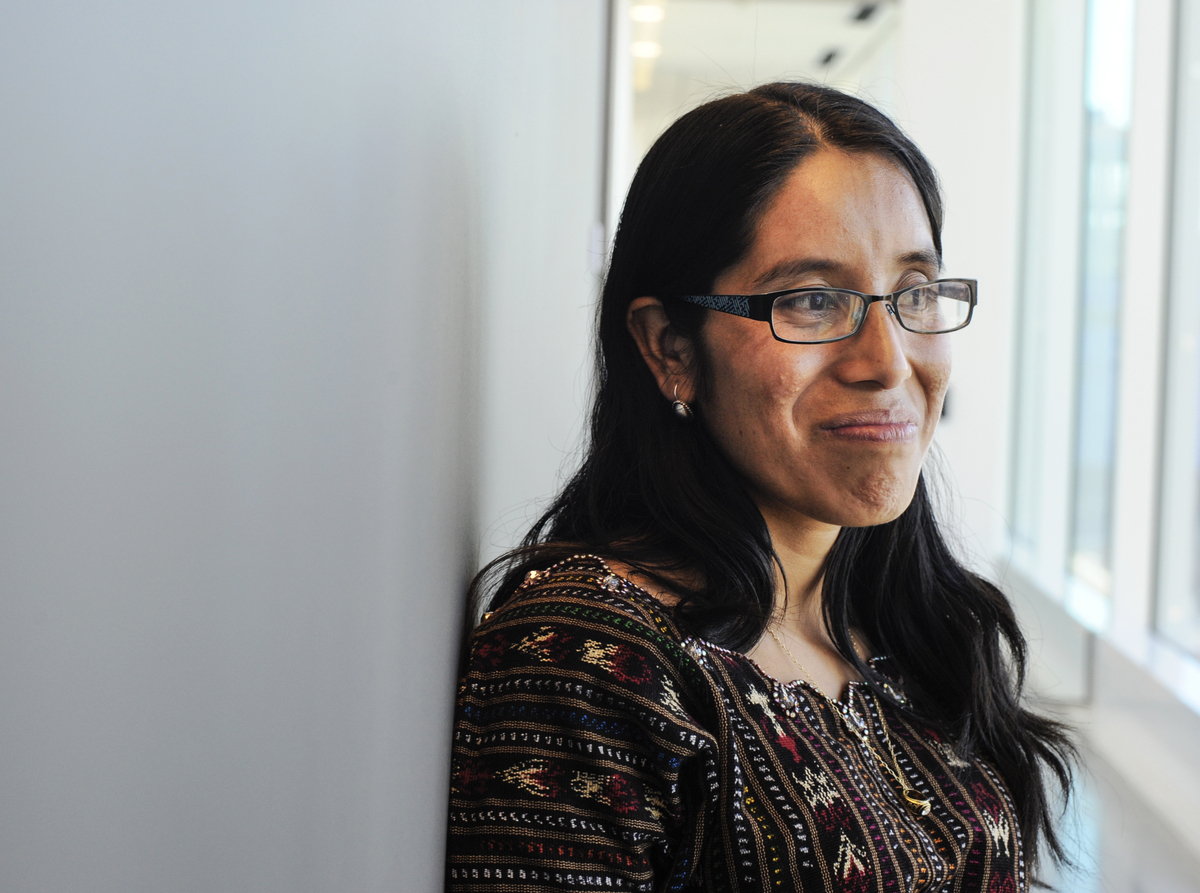 Rosa Coj Bocel visits NPR's office in Washington, D.C., where she attended a film festival that screened a short documentary about her life.

When Rosa Coj Bocel was in sixth grade, her parents told her she had to drop out of school so she could help take care of her four brothers. Rosa didn't put up a fight.

"What else can be said? No woman was studying at the middle school level," she told Goats and Soda in an interview translated from Spanish. "So I took it as if it were normal."

But it's what happened in the years after that put Bocel on an extraordinary path — a story that's told in an 11-minute documentary called Rosa — These Storms.

The filmmakers met Bocel when they were working on Living On One Dollar, a 2013 film about four American young adults who try to live on less than a dollar a day in her village, Pena Blanca, in Guatemala.

She was friendly, eager to talk in front of the camera for their film and willing to show them around.

The filmmakers were also intrigued that this woman in her 20s was trying to get her high school diploma.

They kept in touch with her via Skype and Facebook and little by little came to know her story. The power of her experience drew them back to Guatemala to make a movie about her — and narrated by her.

"We told her, you say what you want to say," says the film's co-director Hannah Gregg. "None of it is told by us. It was all told by her."

Starting at age 10, Bocel worked in the fields, picking and planting crops, often onions or corn. She earned enough money to give a small amount to her family and buy a few pleasures, like a pair of earrings or shoes.

The Girl Who Broke Free: Building A New Life In America #15Girls

At 14, she moved to Guatemala City, hoping to make a little more money. She stayed with distant relatives in one of the city's most dangerous barrios and worked at a store. She doesn't like talking about this time in her life.

That's where she became pregnant by someone she thought was a friend. He disappeared, so she returned home. When she told her parents, they kicked her out of the house.

Her daughter, Heidi, was born with hydrocephalus, which creates a buildup of fluid in the brain. Doctors in nearby clinics operated three times but to no avail.

Heidi died in her mother's arms at age 2 years, 9 months.

Of all the obstacles she faced, that was the hardest, says Bocel. But she turned it into a source of strength.

"I said to myself: I'm not going to give up even if I don't have support. I have to continue forward," she says. "I need to fight."

Last year, Bocel, a petite, plainspoken woman who prefers Mayan dress to Western styles, graduated from high school. Now 27, she is the first person from Pena Blanca to go to college, attending nursing school at a nearby university on the weekends. Five days a week, she works as a medical coordinator at Mayan Families, a nonprofit that provides aid to rural Guatemalan families. Her dream is to open a pharmacy in her village.

She hopes her career will let her help the other girls in Pena Blanca. And she certainly serves as a role model. "There is a lot of machismo," Bocel says of men in her community. "They don't value us. They don't give us the space that we women deserve."

Living On One, the film production company, has pitched in, raising more than $11,000 for school fees, tuition and even a laptop. Rosa — These Storms is currently being shown on the festival circuit, including a screening in Washington, D.C., that brought Bocel out of Guatemala for the first time.

"Everything is possible in this life," says Bocel. "We can have a child, be a single mom. The world does not end."

Rosa - These Storms from Living on One on Vimeo.

This interview was translated from Spanish by Carola Gorena Morales and Katy Morris.