Accessibility links
Kenyan Citizen Reflects On World Reaction To Terrorism In Paris And Kenya : Goats and Soda Evans Wadongo of Kenya believes that the world pays more heed to terrorist victims in Europe than in Africa, but he hopes attitudes can change.

Why Didn't The World Say 'We Are All Kenyans' Last April?

Why Didn't The World Say 'We Are All Kenyans' Last April? 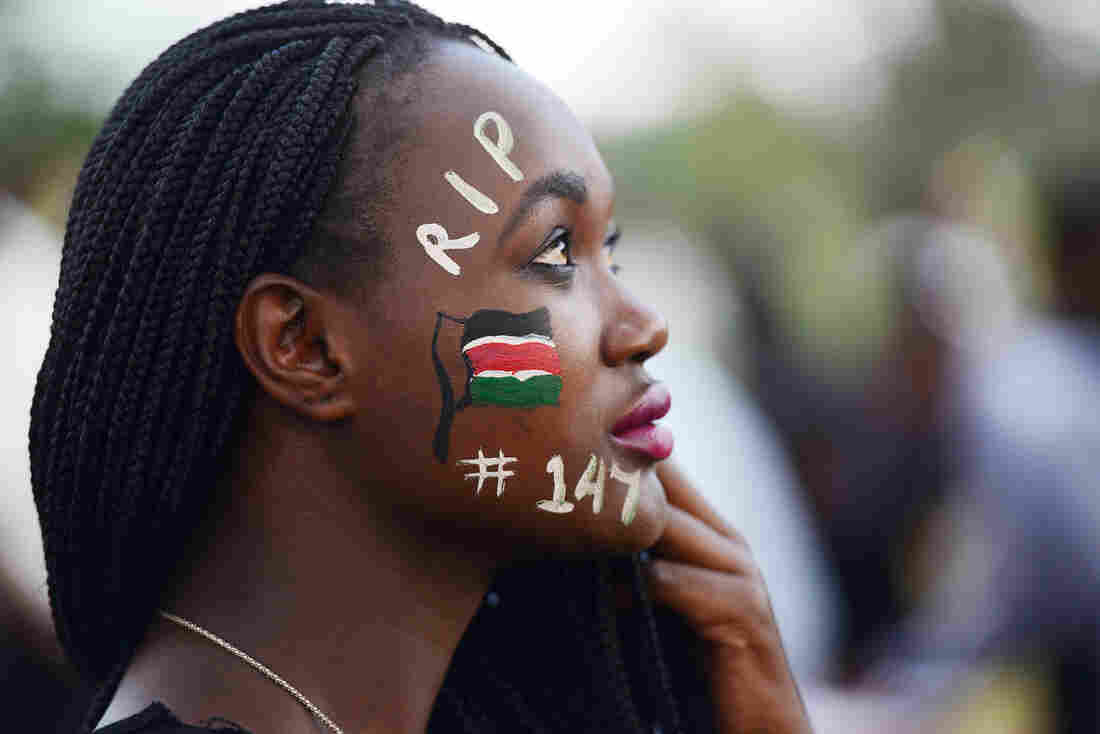 A woman in Nairobi attends a concert in honor of the victims of the terrorist attack that took 147 lives at Garissa University College in April. Simon Maina/AFP/Getty Images hide caption 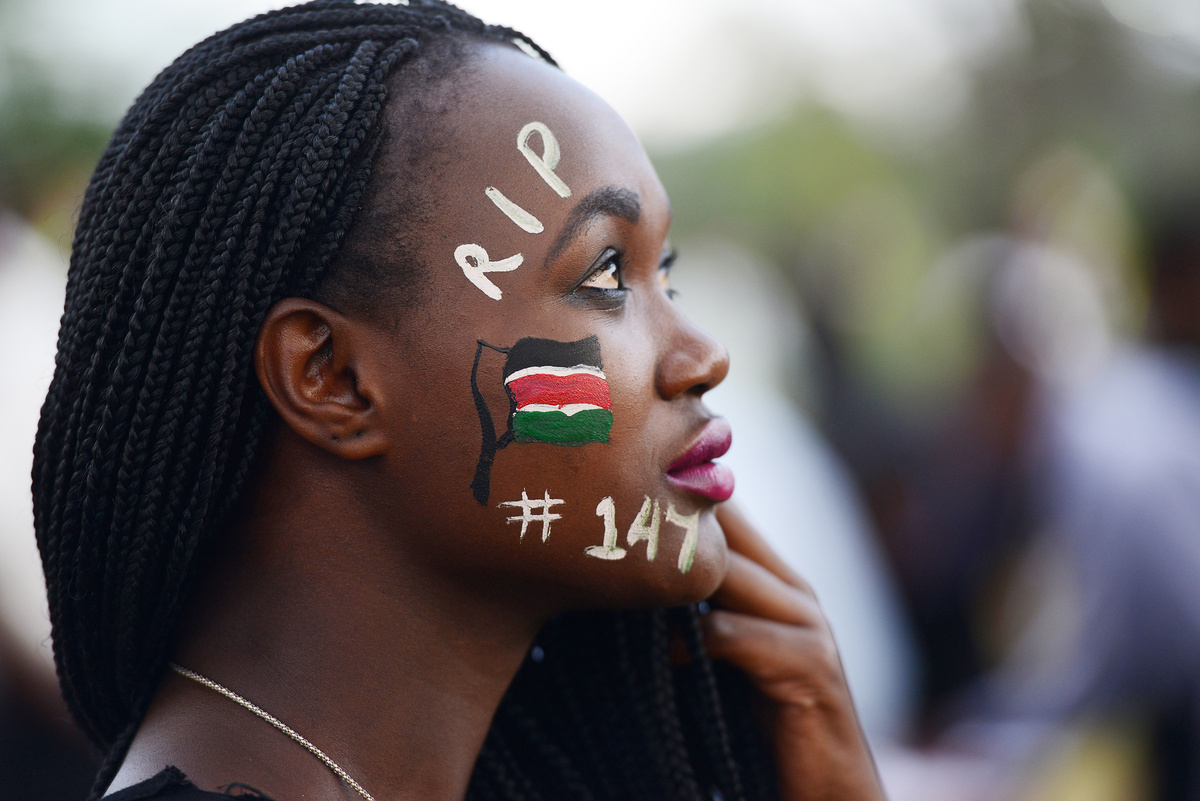 A woman in Nairobi attends a concert in honor of the victims of the terrorist attack that took 147 lives at Garissa University College in April.

When you search for #ParisAttacks, you get nearly 2.2 million results on Google.

When you search for #KenyaAttacks, you get about 300.

The Parisian response is a reaction to the terrorist attacks last Friday, which took 129 lives and injured far more. People around the world have expressed solidarity. Facebook users are coloring their profile photos with the red-white-and-blue French flag, and the hashtags #PrayforParis, #WeAreAllParisians and #ParisAttacks are trending on Twitter.

But Kenya has suffered two terrorist attacks of similar scale. In the 2013 attack on Westgate Mall in Nairobi, 67 died. The attack on Garrissa University College in eastern Kenya on April 2 killed 147.

When those attacks happened, the world wasn't silent — people spoke up using #KenyaAttacks and #GarissaAttacks. But the response wasn't nearly as strong. 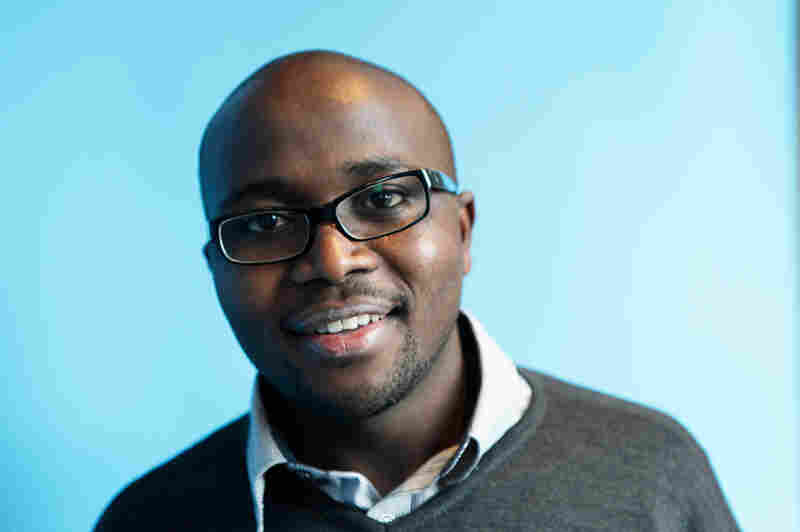 Evans Wadongo of Kenya wonders whether people are so used to bad news from Africa that a terrorist attack doesn't generate a lot of attention. Claire Eggers/NPR hide caption 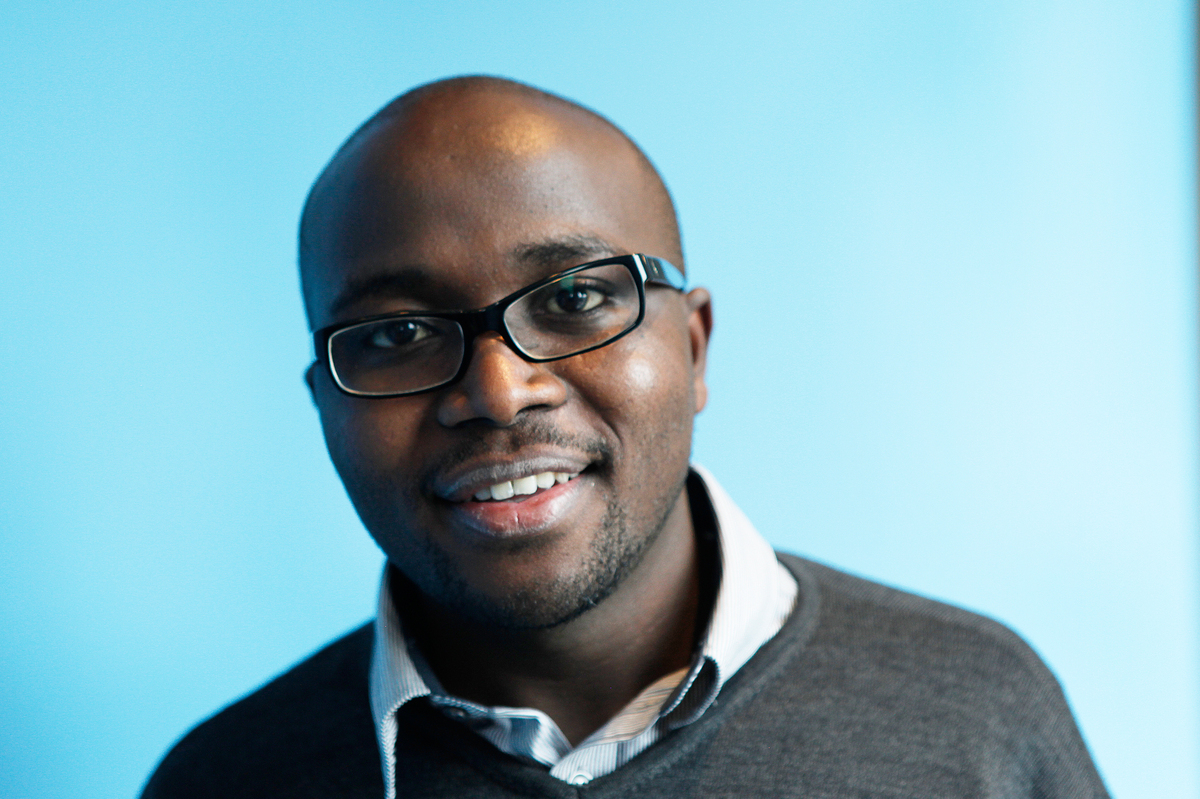 Evans Wadongo of Kenya wonders whether people are so used to bad news from Africa that a terrorist attack doesn't generate a lot of attention.

The same can be said about recent terrorist attacks in Lebanon.

To hear a Kenyan's perspective, I spoke with Evans Wadongo, 29, who grew up in a rural district and now lives in Nairobi, where he runs Sustainable Development For All, a nonprofit group that promotes solar power, education and economic betterment.

What was your reaction to the news from Paris?

It's a shock — something you don't expect to happen in Europe, really. For me, the shock was also about the magnitude of it — the fact that there were multiple locations and the scale of the damage.

Did you have the same kind of reaction when Kenya was struck by terrorists?

It was unexpected and very shocking.

Do you think the world's reactions to the events in Paris and Kenya were different?

Certainly it's different. More people are standing up for the French people and trying to support them.

How does that make you feel?

We are definitely feeling there's more value attached to humanity if a tragedy happens in Europe.

Why do you think that is? Racism?

For certain people it may be a bit of racism, but I also feel it's a lack of understanding. It's just that people are so used to negative things coming out of certain parts of the world — of Africa, of Asia, of South America. It's the norm. People expect bad things to happen. When something bad happens in Europe or the U.S., it's unusual. If something bad happens in some other part of the world, it's usual.

Does that make you angry?

It kind of makes me angry, but it also makes me feel that we need to have more positive stories coming out of Africa so when something bad happens, more people will feel sympathy with the situation.

Any other reasons you can think of for the difference in reaction?

More people know about ISIS as opposed to al-Shabab [an Islamist group that originated in Somalia and was responsible for both Kenyan attacks]. ISIS has taken root in so many countries but people pay less attention to al-Shabab, which follows the same ideology.

What reaction to the Paris event are you hearing from your acquaintances in Kenya?

People are hoping this will create more awareness that this thing can happen anywhere, there should be more support. Terrorism is terrorism. We all need to come together and support each other and condemn what happened in one voice.

When people say "We are all Parisians" do you feel left out?

I don't see any problem with people saying that. But they should say the same thing if something bad happens in any part of the world. If it happens in Nigeria, say, "We are all Nigerians."