Accessibility links
New Cases Of Ebola In Liberia Show How Much We Don't Know About The Virus : Goats and Soda Researchers need to figure out how Ebola can — and can't — be spread by survivors. And health workers need to don protective equipment once again. 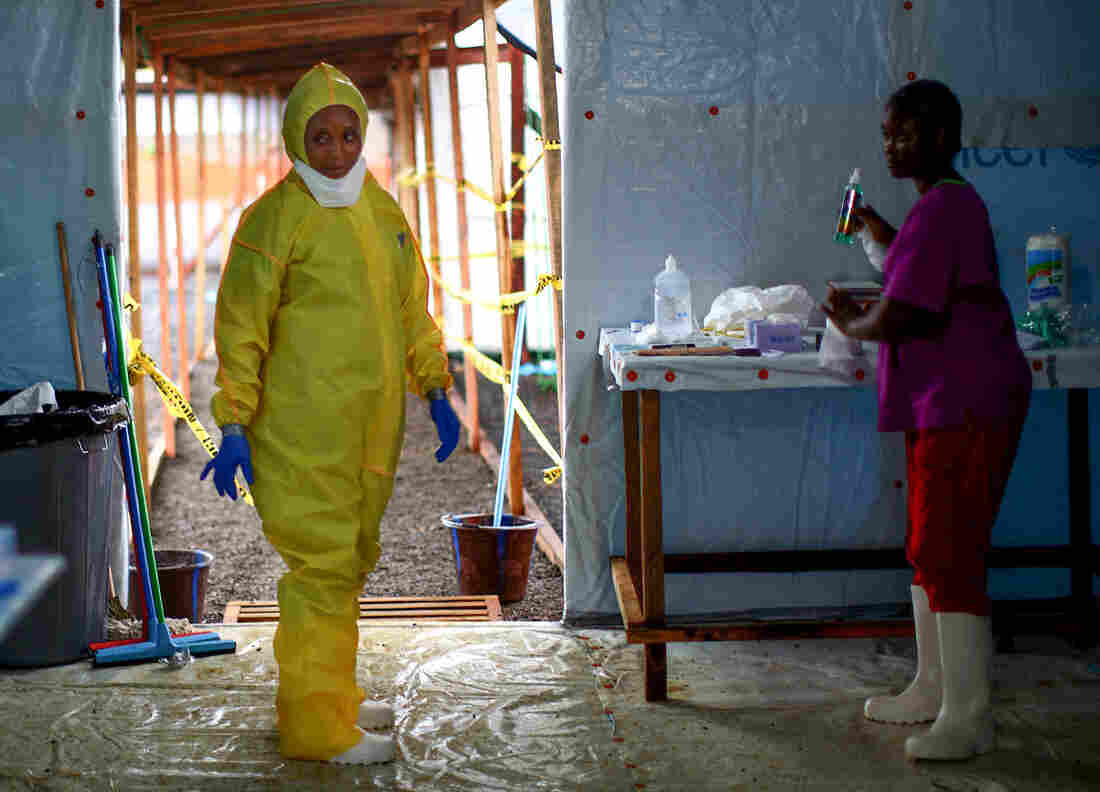 Some health workers in Liberia had stopped using the protective gear that was part of the Ebola routine. The photo above is from 2014, when the epidemic was at its peak. David P. Gilkey/NPR hide caption 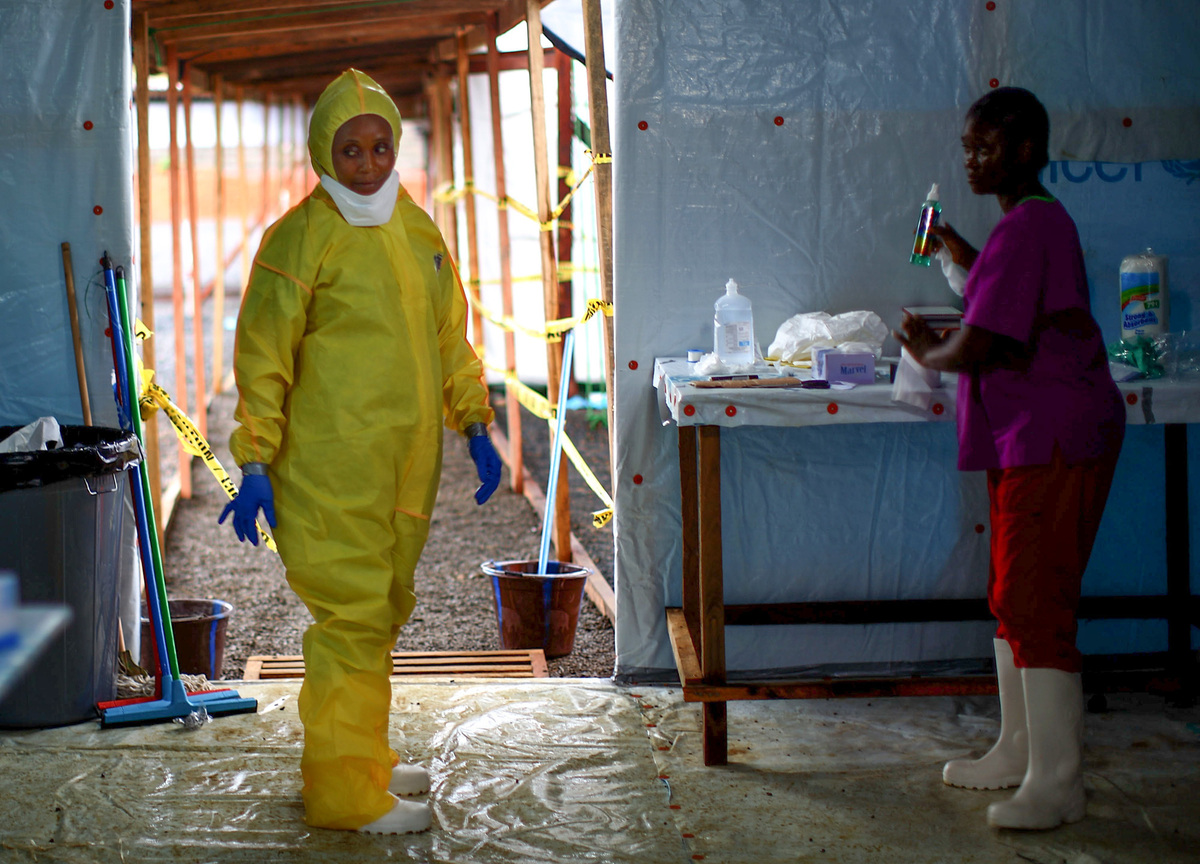 Some health workers in Liberia had stopped using the protective gear that was part of the Ebola routine. The photo above is from 2014, when the epidemic was at its peak.

"The reality is this outbreak's not over," says Dr. William Fischer, speaking about Ebola. "It's just changed."

Fischer, a professor at the University of North Carolina who's been studying Ebola survivors, was speaking about the new cases in Liberia. On Monday, a 15-year-old died of the disease. The teenager's father and brother have also tested positive for Ebola. Health authorities have not yet determined how the family was infected.

Liberian health officials say the 15-year-old boy visited several clinics in Monrovia last week before finally being directed to an Ebola treatment unit. The more than two dozen health care workers who came into contact with him are among the nearly 160 people now being monitored for signs of Ebola.

The World Health Organization had declared in May and then again in September that transmission of Ebola in Liberia had come to a halt. Both announcements turned out to be premature. In June, a 17-year-old boy died of the disease; the source of his infection was unknown.

And now there are the three new cases.

WHO officials say the latest cases hadn't been in contact with any known Ebola survivors or done anything else that would have put them at obvious risk of getting the disease.

"I think it is a surprise for us all but it also just demonstrates how much we don't know about the virus," says Carissa Guild, a nurse who is in charge of Doctors Without Borders operations in Liberia.

"I think in Liberia now, especially the third time that it's come back, even if we were thinking that maybe it's over and that everything is over, it just shows us once again that Ebola can still come back and we don't really necessarily know where or how," Guild says. " We still have to keep up our vigilance and we still have to be protecting ourselves as health care workers."

This year, researchers have found that the Ebola virus can survive in semen for 9 months or more. This was far longer than what had been the standard message to male Ebola survivors earlier in the epidemic. The original advice for men was to abstain from sex or use condoms for 3 months after they'd recovered. Then in March a Liberian woman got Ebola and died in what's become the first documented case of sexual transmission of the virus. Her sex partner had been discharged from a treatment unit and been declared Ebola free 6 months prior to infecting her.

Last month a Scottish nurse who'd recovered from Ebola in January had the virus begin replicating again in her blood.

Clinics across Monrovia have stepped up infection control measures. Several doctors concede that health care workers let their guard down after Liberia was declared Ebola-free. They weren't wearing protective gowns; some even went back to examining patients with their bare hands.

Rick Sacra is a doctor and an Ebola survivor. In Monrovia, the capital of Liberia, he's worked at ELWA Hospital, which is run by the Christian aid group SIM. Sacra says that as a result of these new cases his clinic has ramped up infection control protocols and even scrambled to get more protective clothing.

But he also has noticed ordinary Liberians are taking the new cases in stride:

"I'm not seeing the public panicking and staying away from the hospital like last year, so I'm encouraged by that."

The news from Liberia makes the work of doctors like William Fischer even more critical.

There are thousands of Ebola survivors in West Africa right now. Many of them are facing various health problems. And they may also be the reservoir that sparks the next major outbreak. Rather than handwringing over what went wrong in the international response to this outbreak, Fischer says, we need to understand how the disease continues to affect the survivors.

"We have to pivot. We can't stop and say, 'Oh what should we have done differently in the beginning of the epidemic,' " Fischer says. "We have to say, 'What do we need to do right now.' "

One of the obvious things is to get a clear understanding of how survivors can or can't pass the virus to others.