Accessibility links
World Giving Index Names Myanmar As The Most Charitable Nation (The U.S. Is Second) : Goats and Soda Hint: It's not the United States. (We're number 2). And it's definitely not a country from the Western world.

You'll Never Guess The Most Charitable Nation In The World

You'll Never Guess The Most Charitable Nation In The World 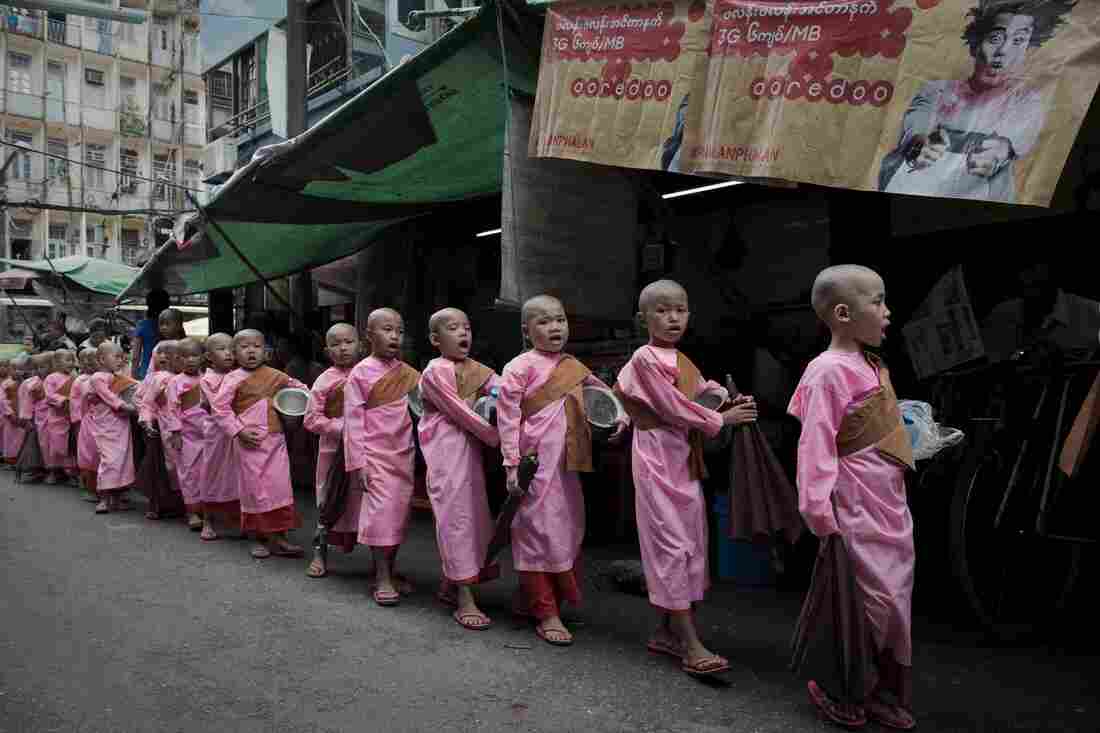 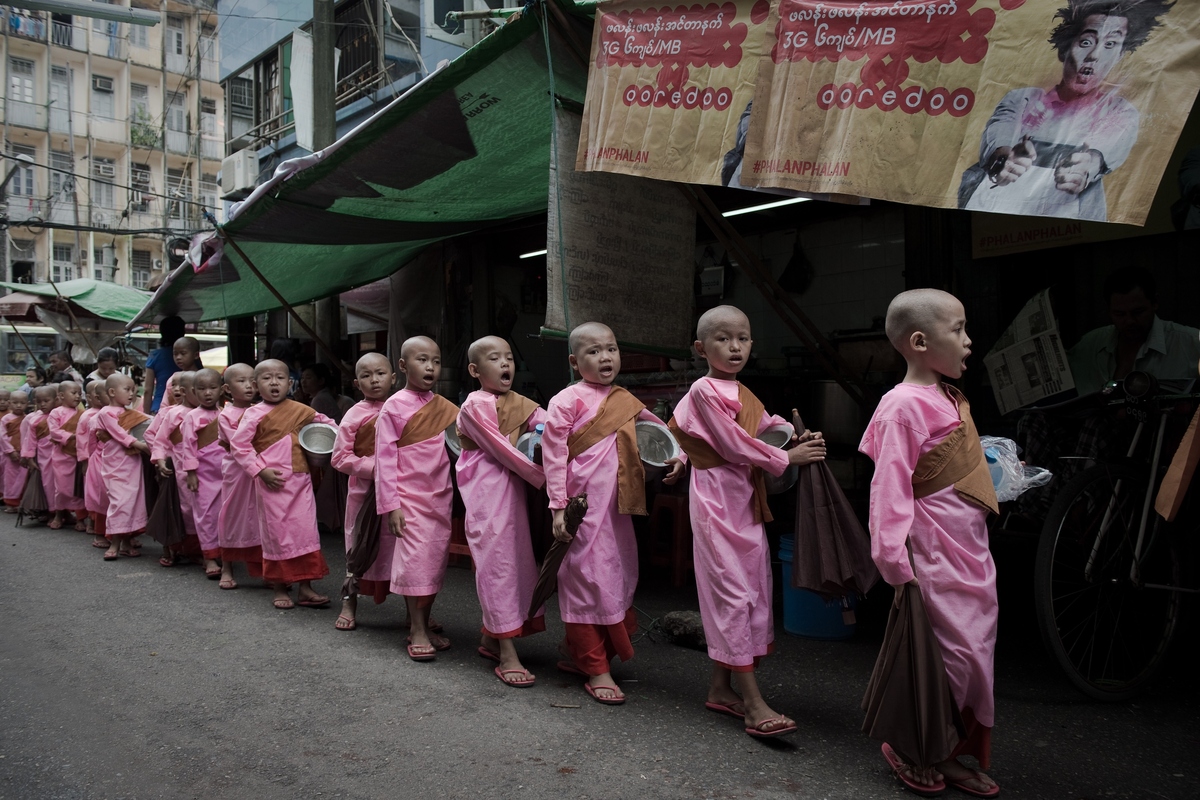 On the road to Buddhist monkhood, young novices chant mantras and collect alms on a street in Yangon, Myanmar.

And the winner for most charitable nation in the world is ... Myanmar. Coming in second: the United States.

If you're scratching your head, one reason may be that the ranking confounds the common perception "that generosity and wealth are connected to one another," says Adam Pickering. He's the international policy manager of the London-based Charities Aid Foundation (CAF), which publishes the annual World Giving Index, now in its sixth year. Only five of the G20 countries appear in the top 20, he points out. So "even though you might think it would," wealth does not necessarily translate into greater generosity.

Another reason is that it's not the total amount of money given that the index is measuring. It's the act of giving itself, in the form of three specific charitable behaviors. The Gallup World Poll asked people from 145 countries: In the last month, have you donated money to a charity; volunteered time to an organization; helped a stranger or someone you didn't know who needed help? When the results to all three questions were averaged, Myanmar came out on top.

Still, why Myanmar? The answer lies in the strong influence of the particular form of Buddhism (called Theravada) practiced there, according to Paul Fuller, lecturer in Buddhist Studies at the University of Cardiff. Throughout the country, he explained in an email, "The notion of 'generating merit' is very pervasive." The belief is that whatever you do here, in this life, will have consequences for your next life, he explains. Thus, the more merit you acquire now, the more you increase your chances of your next life being a good one.

Acquiring merit in different ways — such as meditation or ethical acts — is important in all forms of Buddhism. But in Myanmar, special emphasis is placed on acts of giving. And the most common manifestation is making daily offerings of alms or food to monks — so much so that they have become what Fuller calls "an essential religious practice."

May Oo Lwin, who is originally from Myanmar and visits there frequently with her husband, Paul Fuller, says, "'There's a strong culture of giving, not necessarily an obligation but more like giving what one can possibly contribute to those in need. It doesn't have to be big but something meaningful and something you could do to help a bit. In that way, you are doing a good deed, [you] generate some merit as a family and making [the recipients] happy brings happiness to you as well."

For example, when Lwin and Fuller visited Myanmar in April, they made a point of going to an orphanage that cared for children who had lost their mothers to AIDS and made an offering of several hundred dollars. "I wanted to do something nice and meaningful as a family as we have never done it before," Lwin wrote in an email. "I thought of our children who are so lucky compared to those children who are being deprived of so many things."

This tradition of giving can be traced through the country's art, says Catherine Raymond, associate professor, Southeast Asian Art and Director, Center for Burma Studies at Northern Illinois University. "Religion and culture are intertwined there," she says — evident in the inscriptions of donations recorded at the entrances to temples dating back to the 11th century. "In Buddhism, there is the notion of dana, which means giving." It means you "give rice to the monks who come to your door every morning. Or you bring some food to the monastery, or you sponsor a young kid who will come to the monastery, or you build a religious structure or you donate a painting" to it.

As impressive as this tradition is, in more recent decades, Myanmar has become associated with the repressive military rule that ended only in 2011. And yet this strife may also have served, in a counterintuitive way, to solidify the culture of giving. According to Jenna Capeci, who has worked on projects in Myanmar as director of Civil and Political Rights at American Jewish World Service, the turmoil "has done more to reinforce this culture of charity and resilience because the people could not count on the military junta or local authorities to provide anything for the community."

Billie Goodman, who has also worked on Myanmar projects for AJWS, notes that "generations have grown up in the last decades seeing a government that does not provide services or take care of them." As a result, "what emerged is an incredible resilience and an incredible need to take care of each other."

Her examples are myriad. "If you need a road in a rural area, the government is not going to provide it. But you can get together with your neighbors to build it. Education is another example where in a lot of rural areas and ethnic minority areas the schools that exist have been built by community members, who have contributed money to pay for the teachers salaries, they have themselves built the structures, and they are the ones who are doing this. It has been necessary for people to survive, really."

It's an example of solidarity in crisis — and in giving.