Accessibility links
Developing Countries Get A Chance To Be Heard At The U.N. Climate Change Conference : Goats and Soda Developing countries are often located in the parts of the world that are most vulnerable. Here's what's on their wish list at the Paris conference. 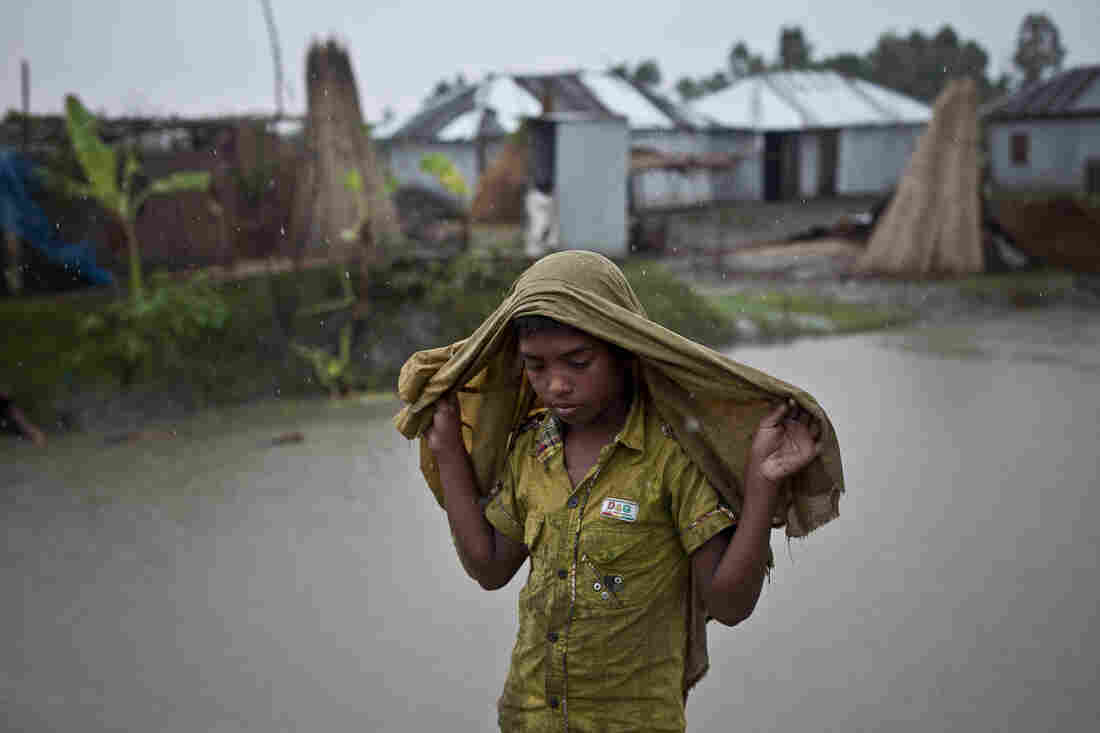 Bangladesh is facing drought, cyclones and floods. This expanse of water, photographed in September 2014, was a field the month before. It's in the Kalashuna village in Gaibandha district. Allison Joyce/Getty Images hide caption 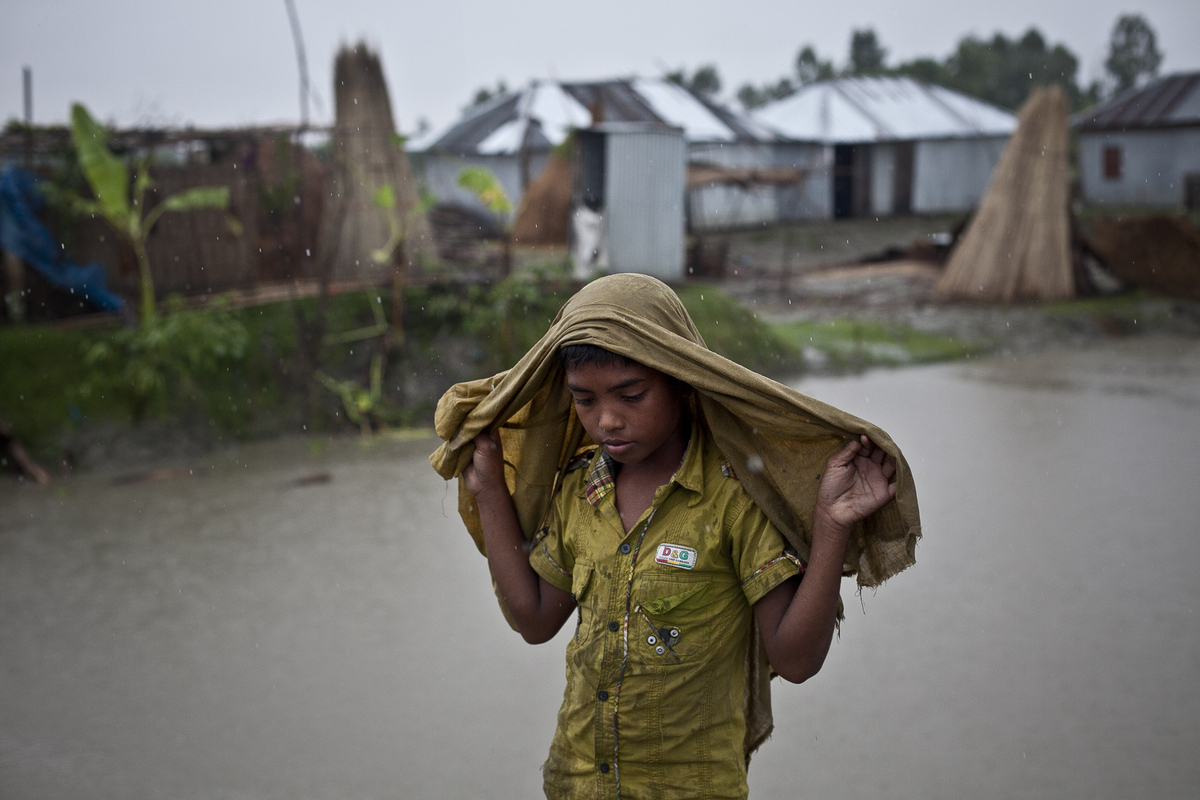 Bangladesh is facing drought, cyclones and floods. This expanse of water, photographed in September 2014, was a field the month before. It's in the Kalashuna village in Gaibandha district.

For the developing countries at the U.N. Climate Change Conference in Paris, it's more than a chance to talk. It's a chance to be heard — and their representatives are taking advantage of the world stage by airing their grievances and proposing potential fixes.

How these specific demands will be addressed is still up in the air (along with way too much carbon dioxide). "Nobody is going to get everything they want," says Reid Detchon, vice president for energy and climate strategy at the United Nations Foundation. And as these nations are in locations that are most acutely feeling the effects of climate change, he adds, the most critical item on the agenda is simply achieving any agreement at all.

But here are a few things that would sweeten a deal:

To respond to climate change, countries need to, well, change. That can be a pricey proposition, says Jennifer Morgan, global director of the climate program of the World Resources Institute. "Tanzania, for instance, I've heard them talk a lot about coffee crops being their main export," she explains. To keep the plants thriving in the years ahead will require technology, equipment and human capacity they just don't have. So one of the first successes of the talks was the announcement Monday that the U.S., Canada and several EU countries had pledged $248 million to the Least Developed Countries Fund to deal with adaptation issues.

Bad news: A mere quarter-billion dollars isn't going to cut it. The world's wealthiest nations had promised in 2009 to secure $100 billion of adaptation assistance each year, starting in 2020. Now, a bloc of 134 countries are asking for the well-off countries to make good on that offer — and bump it up even higher. Indian prime minister Narendra Modi made this issue a key part of his speech at the opening session, asking that developed nations "fulfill their commitment in a credible, transparent and meaningful manner." But that's a tough one given the state of the world economy, says Detchon, who notes that "anything involving money is so difficult right now."

A 1.5-degree warming limit (instead of 2 degrees)

Everyone seems to agree that a rise of the planet's temperature by 2 degrees Celsius would have disastrous effects. (They also agree that this seems inevitable at the moment.) But countries in the Climate Vulnerable Forum and the Alliance of Small Island States are lobbying for a lower limit through the "1.5 to Stay Alive" campaign. Joel Budd, social policy editor of The Economist — which just released a special report on climate change — offers Bangladesh as an example. "Any bad effects you can imagine from climate change are happening there," he says, rattling off a list of cyclones, flooding and drought. "The more warming, the worse it gets." Although Budd doubts that even the 2-degree target is realistic, "it raises the impression that 1.9 degrees is fine, when it's not fine."

Set up a global reporting system

It's great when countries say they're cutting greenhouse emissions. What's more important is that they prove they're actually doing it. That's why there's been momentum to create a treaty that would set legally binding targets and international monitoring. But for developing countries, keeping up with these rules is an additional burden. "They don't feel they can do it," Morgan explains. So she says their response is a simple one: "If you want a common system, you need to help us."

Establish a procedure for "loss and damage"

When sea levels rise, homes flood. Violent storms leave destruction in their wake. How are developing nations supposed to handle these sorts of problems? The Warsaw International Mechanism for Loss and Damage was developed in 2013 for just this purpose, but several developed countries have resisted it, fearing they will be on the hook for climate reparations. What is clear is that many of the people hardest hit by climate change are disadvantaged in many ways. "They are already leading lives of extreme precariousness," Budd says. And providing solar panels can't fix that.

For some island nations, climate change is a threat to their very existence. "It's not about building higher dikes but relocating entire populations," Morgan says. "It's like a refugee crisis." Given how the world is handling the current mass migrations from Syria, there are serious questions about what would happen to people forced out of their homes due to environmental conditions. One solution: offer environmental refugee status and clarify what rights a person with that status would have.