Accessibility links
India Tells The U.S. To Cut Its Consumption And Share Technology To Fight Climate Change : Goats and Soda The Paris climate talks are said to be the best chance in 20 years to reach a global treaty. But India argues little will change unless fossil-fuel-reliant rich countries change their habits. 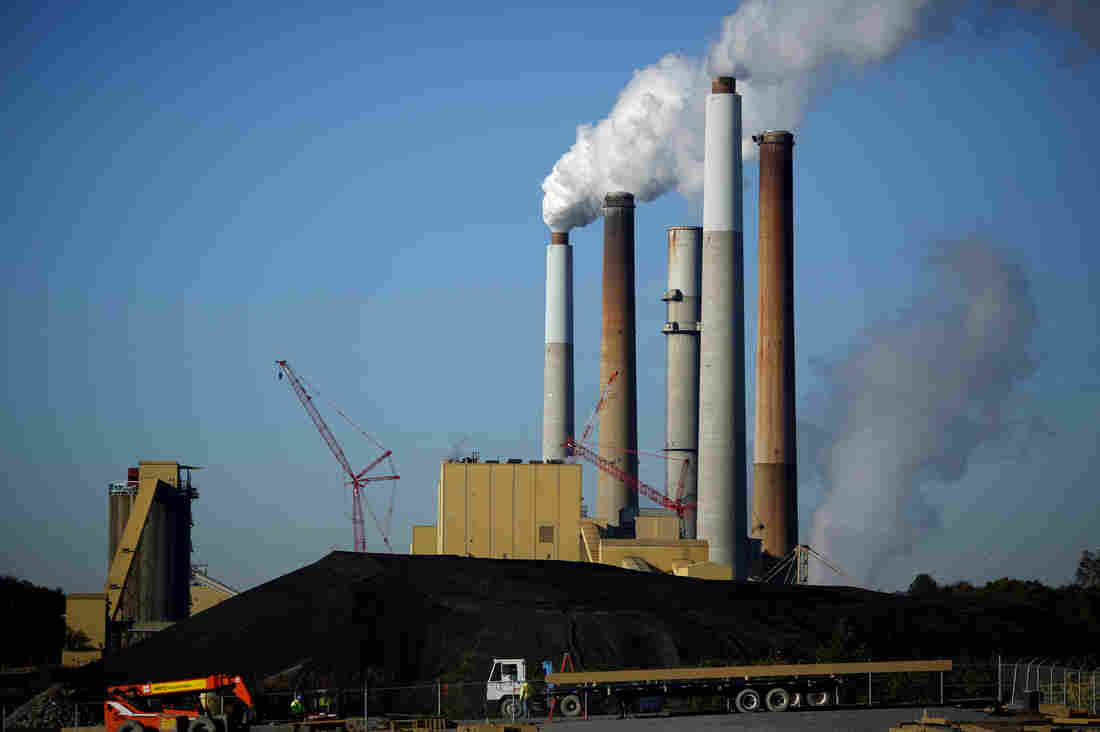 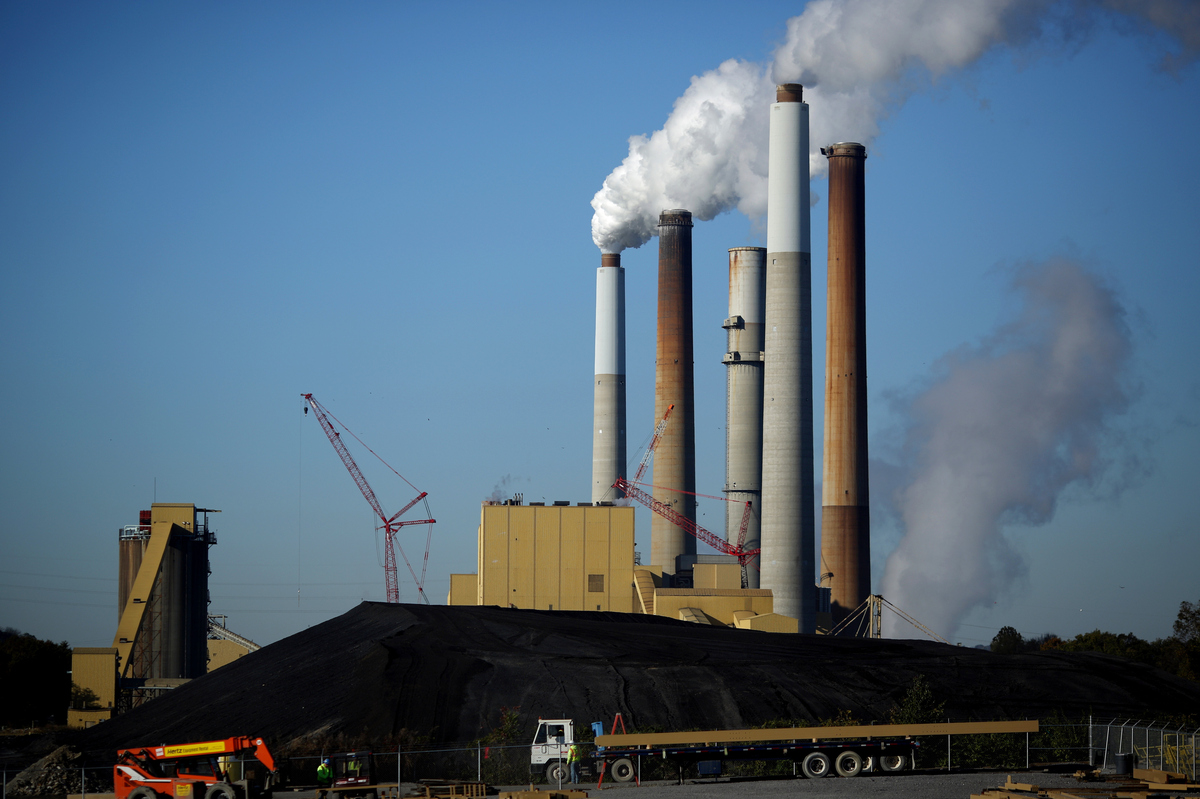 A coal mound stands outside a Kentucky Utilities Co. station.

Climate negotiators in Paris are wrangling over "country commitments," "caps" and "cuts" in greenhouse gases.

Some environmentalists, however, argue that the most important "c" word is missing: consumption. In India, they say little will change unless fossil-fuel-reliant rich countries moderate how they consume energy.

"An inconvenient truth is that we do not want to talk about consumption or lifestyle," says environmentalist Sunita Narain.

The lifestyle of many Indians creates a relatively small carbon footprint. Deep inside India's coal producing region, residents may live on mineral rich land, but they are impoverished. In the village of Boka Pahari in the mining state of Jharkhand, fires from coal seams lick ever closer to the doorstep of villagers' homes, forcing them out. As they leave, the community has collapsed amid recriminations: they attack each other over who stayed, who left and who got compensated.

Divided, suspicious and sick from smoky fumes, these inhabitants, some of them miners, embody what it means to be poor. And 300 million more Indians like them live on less than $1.25 a day.

If you're poor in India, you don't own appliances. You don't own a car. If you're lucky, you have enough electricity to charge a mobile phone. This existence throws into stark relief the global inequities at the heart of the climate change crisis, says Narain.

She says a new study by her Delhi-based Center for Science and Environment shows the disparity:

Chandra Bhushan, the deputy director general of the Center for Science and Environment, says the American lifestyle is contagious.

"In the current world order, everyone wants to be an American. If that is the benchmark, then we all should forget about saving the planet," Bhushan says.

The center faults the U.S. for not leading the transition toward renewable energy. Narain says the market, not policy, is moving the U.S. to relatively cheaper natural gas — which is cleaner but still a fossil fuel. And she says per capita the U.S. still uses more coal than India.

"Climate change cannot be solved if the rich polluters of the world preach to the rest but take little action at home," Narain says.

Even as India is poised to become the world's top polluter, the Center for Science and Environment study speaks to an Indian view that pins responsibility on the developing economies to cut their greenhouse gas emissions first.

Michael Levi, senior fellow with the Council on Foreign Relations, says there is room for a debate on consumption patterns, but he says expecting 1.3 billion people in the industrialized world to dramatically change how they live is not a sensible prospect for any deep reduction in emissions. Besides, Levi says, "Even if every American decided tomorrow to stop driving, stop eating meat and stop turning on their lights, we wouldn't have dealt with the climate change problem. So we have to be practical about what can be done."

Myles Allen, the head of the Climate Dynamics Group at Oxford University's Physics Department, says the biggest breakthrough would be capturing carbon emissions at power plants before they get released. He says it's "entirely feasible" for the "world to bury 10 percent of CO2 emissions" by 2030 and still keep the rise in temperature below two degrees Celsius, the stated goal at the Paris Climate Conference.

"Of course that fraction has to go up and it has to reach 100 percent by the time temperatures reach two degrees."

However, Allen concedes the technology is challenging and carbon capture is not without its critics. He says environmentalists don't like it because it allows continued reliance on fossil fuels. Politicians run hot and cold because capturing carbon is expensive.

"And, obviously, the industry doesn't like it because it would mean they would actually have to bear some of the cost of the transition instead of sitting around supplying fossil carbon, making lots of money while other people deal with the problem," Allen says.

India has argued at the climate change talks in Paris that it cannot make a transition to a green economy without technology from developed countries. Not only would India like to see the rich world consume less, it would like it to share more.