Accessibility links
Donald Trump's Calls To Restrict Muslims In The U.S. Have An Echo In Angola : Goats and Soda Angola has cracked down on its tiny Muslim population and been accused of destroying some mosques. But the southern African nation has not called for a ban on Muslim immigrants.

Donald Trump Isn't The Only One Calling For Restrictions On Muslims

Donald Trump Isn't The Only One Calling For Restrictions On Muslims 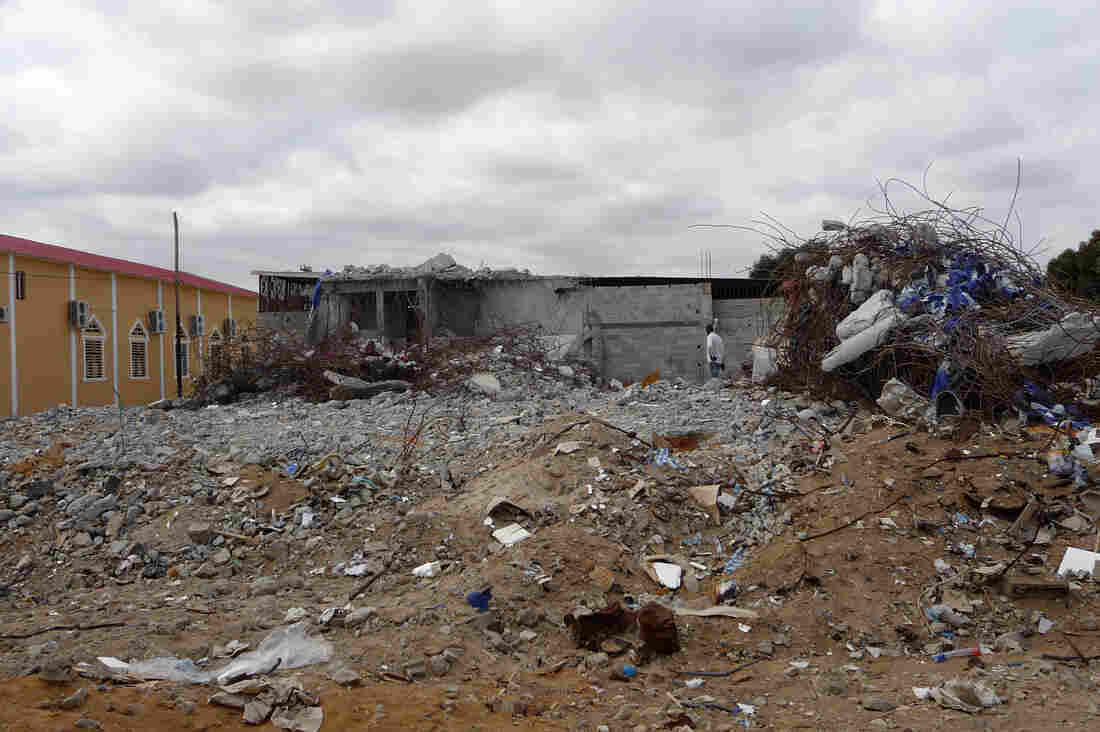 An Angolan Muslim walks near the ruins of a mosque in Viana, a suburb of Luanda, the Angolan capital. Community members claim that the edifice was destroyed by bulldozers in 2013 after police surrounded the mosque, arguing it did not have the proper documentation. Estelle Maussion /AFP/Getty Images hide caption 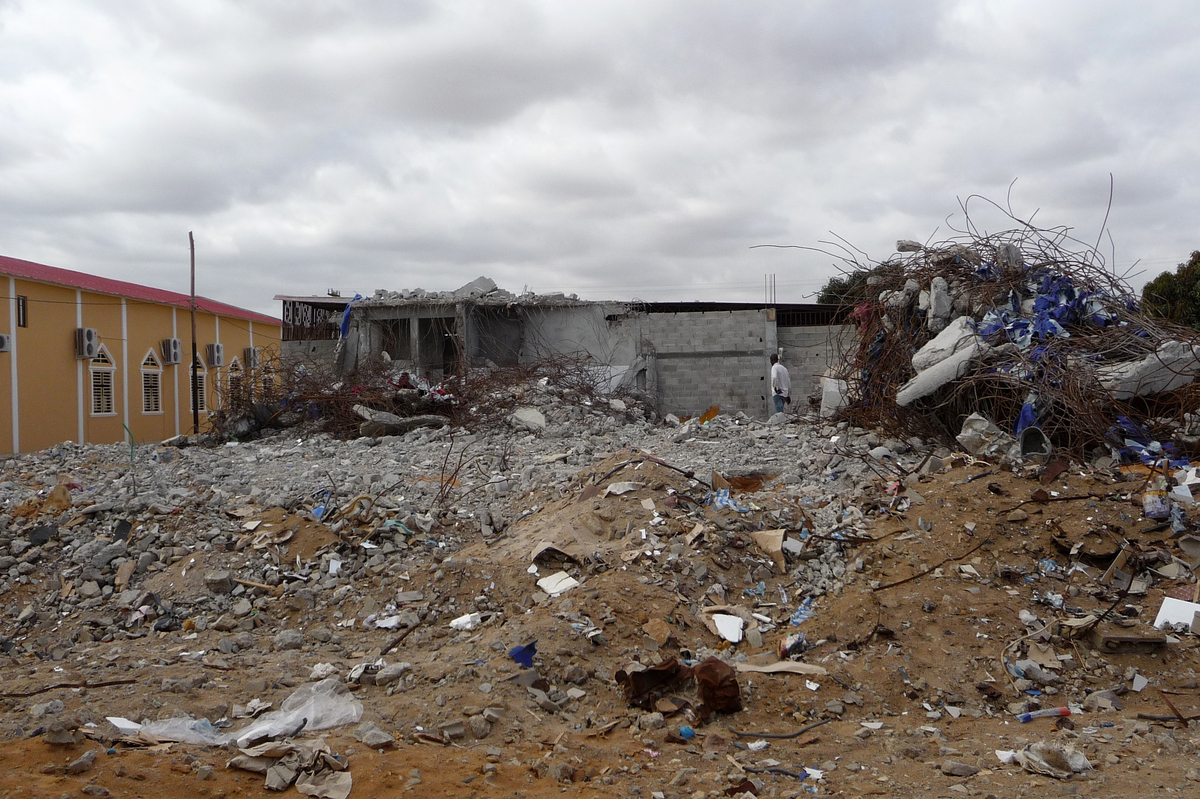 An Angolan Muslim walks near the ruins of a mosque in Viana, a suburb of Luanda, the Angolan capital. Community members claim that the edifice was destroyed by bulldozers in 2013 after police surrounded the mosque, arguing it did not have the proper documentation.

Leading Republican presidential candidate Donald Trump made headlines this week by saying he wants to ban Muslims from entering the United States. He previously said he would "strongly consider" shutting down some mosques in the U.S.

Trump's controversial comments might seem unprecedented, but there's a country that has taken Trump's rhetoric one step further and actually put one of his proposed policies — shutting down mosques — into practice.

The oil-rich, southern African nation of 21 million is thousands of miles away, but looks a lot like the U.S. when it comes to religion. Both countries are roughly three-fourths Christian (Roman Catholicism dominates in Angola) and less than 1 percent Muslim.

But in contrast with the U.S., the Angolan government has made it extremely difficult for non-Christian religious groups to practice their faith.

"The problem is that the men in government believe that Angola is a Catholic country," says Elias Isaac, program director for the Open Society Initiative for Southern Africa.

He says freedom of religion is protected in the Angolan constitution but is restricted by many laws. For example, the Angolan government only grants legal standing to religious groups that have at least 100,000 members. There are roughly 90,000 Muslims in the country, the vast majority of whom are immigrants from West Africa. Without legal religious standing, Isaac says, Muslims face many challenges.

"They don't have permission to build mosques, to open schools, to build clinics, to do outreach," he says.

There are currently 83 legally recognized religious groups in Angola, and all of them are Christian, according to The Guardian.

In November 2013, the government made international headlines when it rejected applications for legal status from a number of religious organizations, including the Islamic Community of Angola. At the time, ICOA leader David Ja called the ruling "subterfuge to ban Islam." Islamic groups around the world protested.

Isaac says Islam wasn't singled out by the ruling — 194 groups were denied official status, and some were Christian. But he says Muslims face the most severe persecution from the government.

In the wake of jihadist terrorist activities in Kenya and Nigeria in 2013, the Angolan government shut down several mosques across the country. This despite the fact that there has never been a religiously linked terrorist attack on Angolan soil.

"The government was fearing the threat of terrorism coming to Angola," says Isaac.

Rafael Marques de Marois, a journalist with the anti-corruption watchdog Maka Angola, says some mosques faced a worse fate than being closed down.

"They were actually demolished by the government," he says. Members of those mosques are now holding services "outdoors, in the streets," he says.

In January of this year, Marques claims, the government also targeted and arrested Muslim immigrants as part of a crackdown on illegal immigration.

"The police started rounding up people everywhere, but the main target happened to be Muslim West Africans," he says.

Marques says the Angolan government has even blamed West African immigrants for some of the country's economic problems, including rising food prices.

"When food prices go up, the government says that the [Muslim] guys who run the shops are the problem, that they are inflating prices — and then they have their shops looted," Marques says.

Despite the hostility of the Angolan government, Marques says Muslims continue to practice their religion. There are still a number of mosques in the country, particularly in heavily Muslim neighborhoods. Marques says these structures are considered illegal, but the government will not tear them down for fear of a backlash.

"You can imagine what would happen if someone posted a video on the Internet of the government tearing down a mosque," he says.

As for Trump's call to prevent Muslims from coming to the U.S., Isaac says that's something that's never happened in Angola.

"Angola has never called for a ban on Muslim immigrants," he says. "That could invite a terrorist attack. It would be dangerous."