Accessibility links
The Egyptian Doctor Sentenced To Jail For Performing Female Genital Mutilation Is Still A Free Man : Goats and Soda Dr. Raslan Fadl was sentenced to two years in prison after a girl died in his care. NPR found him working at a government hospital. 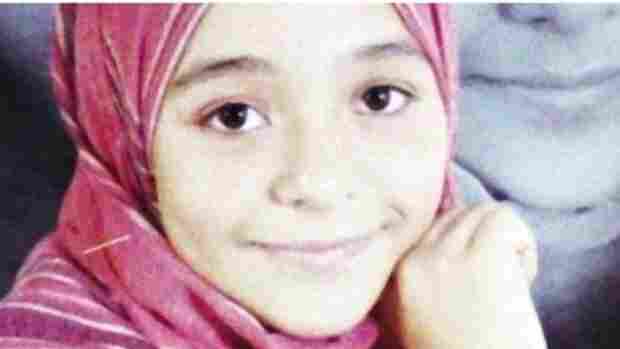 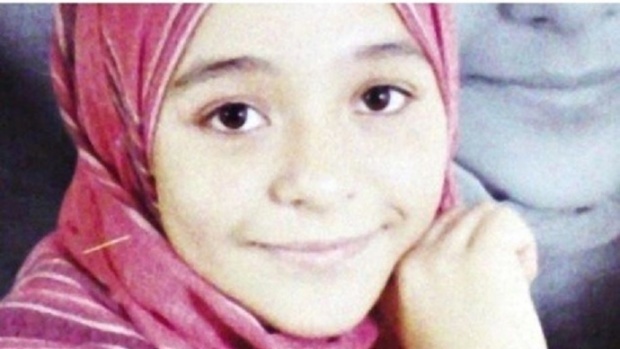 Soheir al Batea died after a surgery for female circumcision in 2013.

In January, Dr. Raslan Fadl was convicted after one of his patients, a young girl called Soheir al Batea, died under his care.

But Fadl hasn't served a day behind bars.

Soheir was 13 years old when her parents took her to Fadl to undergo a procedure that's a rite of passage for most girls here in the Nile Delta — genital cutting.

It's known around here as "cleansing," but most people call it female genital mutilation or female circumcision — a procedure that has been illegal in Egypt since 2008.

The practice is especially common in the more rural areas of Egypt. The country's health ministry estimates that 87 percent of all Egyptian women between the ages of 15 and 49 have been circumcised. For Soheir, the girl with big brown eyes, the age-old custom killed her.

And Fadl is the first doctor to be handed a prison sentence in connection to the practice. He was ordered to serve two years and three months, the minimum he could get, but women's rights groups — which have been fighting against the often-dangerous practice — hailed the conviction as a victory.

So why isn't Fadl in jail?

Police say they're searching for him day and night, that he's a fugitive. But when I went to his village, it wasn't that difficult to track him down.

I went to his neighborhood and found a new sign hanging above his clinic; the clinic was closed. Neighbors said he's operating out of the second floor of his home, just around the corner.

When I tried visiting his home, a woman opened the door and claimed he was traveling. "Only God knows when he'll be back," she said.

So I went to the government hospital in a nearby town, where I was told he worked at least once a week.

Realizing I — as a foreigner — might draw attention, I asked an Egyptian friend accompanying me to go inside and ask for the doctor. (I'm not using my friend's name to keep him out of trouble.)

"I asked about him," my friend said, when he came back out. "He checked me up. And I got his phone and everything. He's working."

So the doctor who supposedly is on the run is working in a government hospital. This is a hospital that has police stationed inside it routinely, including when I was there. He gave my friend a full checkup and offered to perform surgery at his clinic at home or at the hospital.

Later, with the help of a translator, I called Dr. Fadl and asked him why he's not in jail. He said he is on the run from security and his case was unjust. He denies performing a circumcision on Soheir. When we tell him he was spotted at the hospital, he acknowledges he still works there.

Then we call a local police official and ask if efforts are being made to locate Fadl. The official describes a day and night search for Fadl. When we ask, how then is this man working at a government hospital, the line goes dead and repeated callbacks go unanswered.

"They feel he didn't really commit a crime and they don't really have to go and arrest him. He should have been in prison for quite some time by now," says Suad Abu Dayyeh of Equality Now, the international organization that took up Soheir's case and pushed for the conviction.

She says that allowing Fadl to walk free sends the message that FGM is OK. Even though the practice was outlawed in 2008, it remains widespread.

Female Genital Mutilation Is A U.S. Problem, Too

Many Egyptian parents who cling to the tradition believe it benefits their child. It's believed that circumcision quells women's sexual desires, makes them pure and more attractive for marriage. Activists say parents believe they are protecting their daughters.

They live in a rundown home on a sewage-filled, unpaved street. Soheir's grandmother has the same name as her late granddaughter. She blames the doctor for her granddaughter's death, but she says she still believes the procedure is good for women, that it makes them clean.

She had it done and so have all the women in her family. She indicates that Soheir el Batea's younger sister will likely get it done, too, when she's older. But then she quickly changes her tune and says, "It's not done anymore."

A few miles away Soheir is entombed in an above-ground grave with a little green door.

I visited it along with Reda al-Danbouki, the women's rights lawyer who led the case against Dr. Fadl.

"She was supposed to wear a white dress at her wedding someday," Danbouki says. "Instead, the white dress she wears is the one put on her body when she was laid to rest. She did not get justice. She does not rest in peace."