Accessibility links
A Ceasefire Gives Aid Groups A Rare Chance To Tend To The Needs Of Yemen's Embattled Citizens : Goats and Soda Tuesday's cease-fire offers a sliver of peace, but civilians are continuing to feel the effects of the protracted fighting.

Yemen Has A Glimmer Of Hope Amid War, Malnutrition, Malaria

Yemen Has A Glimmer Of Hope Amid War, Malnutrition, Malaria 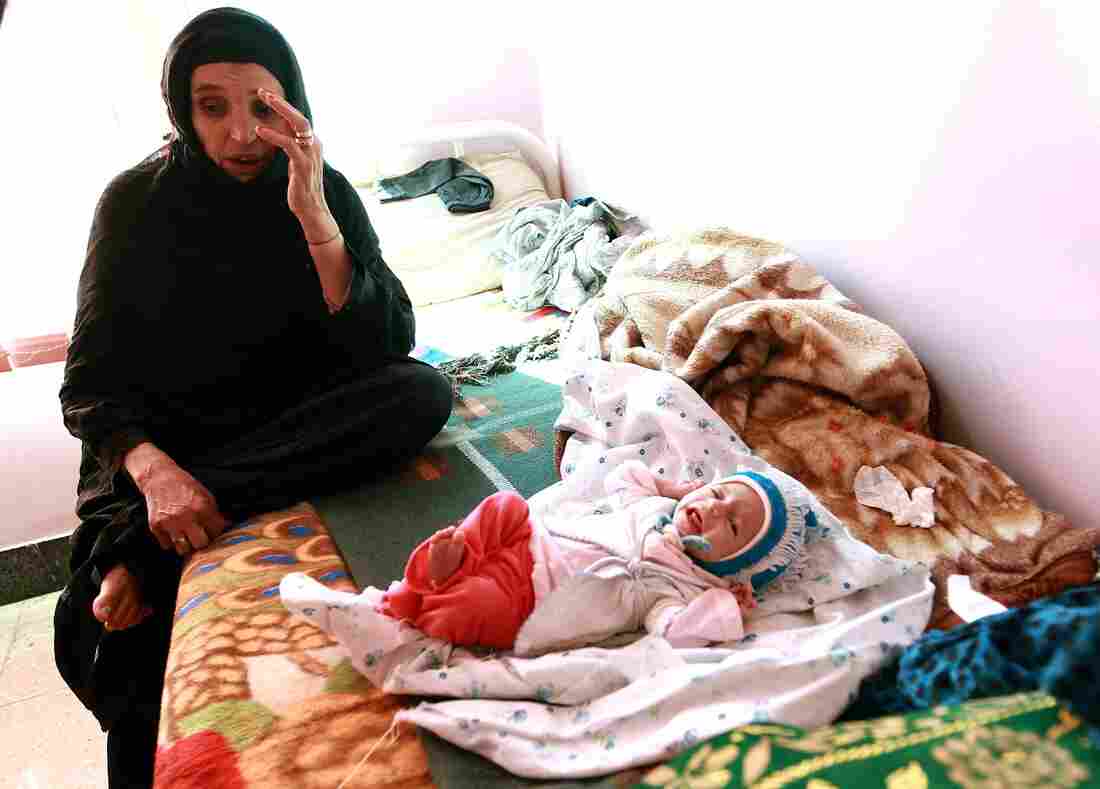 A mother with her malnourished infant at a feeding center in Sanaa, Yemen. According to UNICEF, over a million Yemeni children under age 5 are at risk of malnutrition. MOHAMMED HUWAIS/AFP/Getty Images hide caption 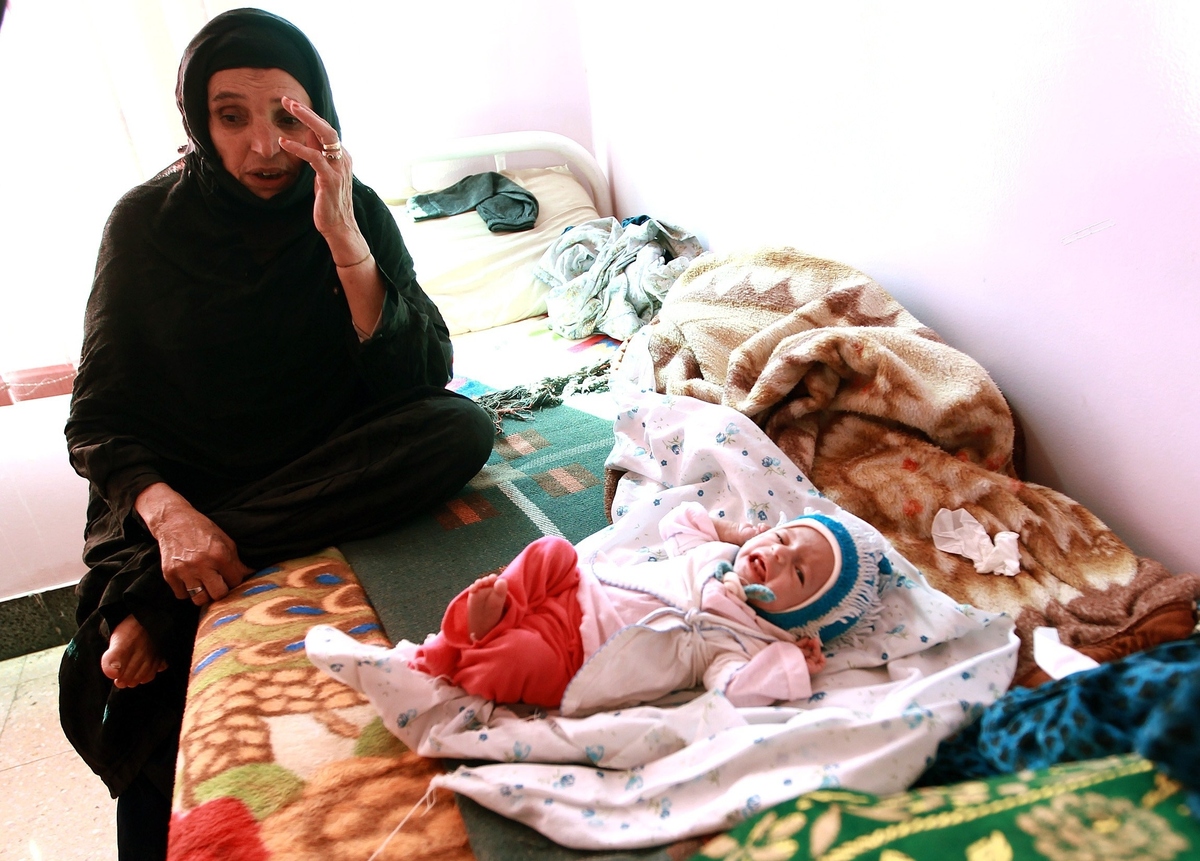 A mother with her malnourished infant at a feeding center in Sanaa, Yemen. According to UNICEF, over a million Yemeni children under age 5 are at risk of malnutrition.

Fighters on both sides of the civil conflict in Yemen are enjoying a seven-day respite from months of violent conflict. And that cease-fire means it's a very busy week for health workers around the country, scrambling to take advantage of this sliver of peace and bring medical aid to areas that were inaccessible due to the fighting.

The truce between the Yemeni government, backed by Saudi Arabian forces, and the anti-government Houthi rebels is designed to make space for internationally brokered peace talks. But despite the cease-fire that took effect Tuesday, civilians continue to feel the effects of the protracted fighting, according to Tarak Bach Baouab, who heads the Doctors Without Borders mission in Yemen.

"It's a struggle," Baouab told Renee Montagne on NPR's Morning Edition. "The country is close to a breakdown." (Head here to listen to the full interview with Baouab.)

Yemen relies heavily on imports for food, Baouab says. But a naval embargo and fighting around the port of Arden have caused a major food shortage. As a result, 14.4 million people — who make up more than half the Yemeni population — are now considered food insecure according to the World Food Program. That means they don't know when or where they'll get their next meal.

A fuel shortage and damaged roads have prevented humanitarian groups from distributing food and supplies. "Yemen has become the main emergency for Doctors Without Borders," Baouab says. Two tropical cyclones that hit Yemen in late October and early November, destroying coastal neighborhoods, have compounded these problems.

"We had so, so many cases of severe malnutrition among children over the past few months," says Dr. Ali Al-Mudhwahi, the World Health Organization emergency coordinator in Yemen.

Before the civil conflict began in March, Yemen was close to reaching the United Nations' Millennium Development Goals for child and maternal health, Mudhwahi says. "Now it is a catastrophe." 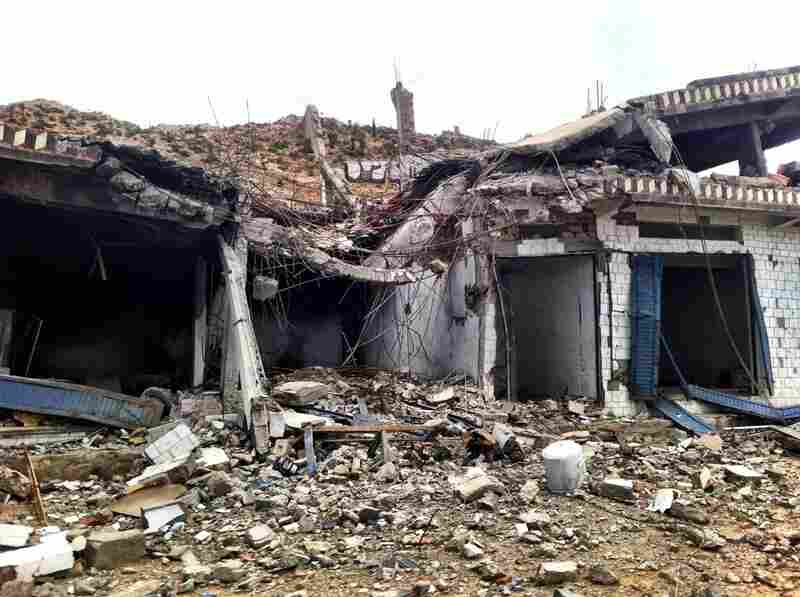 A hospital supported by Doctors Without Borders in Haydan, Yemen, was destroyed by airstrikes on Oct. 26. Courtesy of MSF hide caption 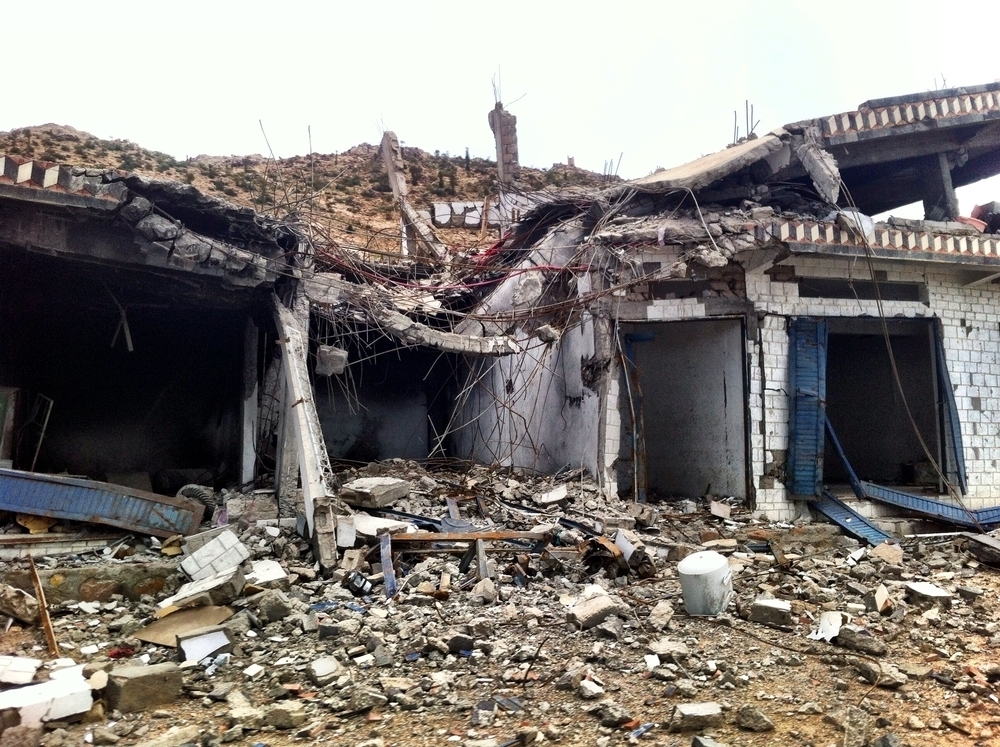 A hospital supported by Doctors Without Borders in Haydan, Yemen, was destroyed by airstrikes on Oct. 26.

WHO and other aid groups are taking advantage of the cease-fire to rush supplies and staff to areas that were inaccessible due to the fighting. "We are trying to bring basic services for mothers and children to some of these areas," Mudhwahi says. Rapid response teams are also working to contain outbreaks of malaria and dengue fever throughout the country.

"Unfortunately, even with the cease-fire, there are still ongoing conflicts in some areas," Mudhwahi says. And certain towns remain inaccessible. "There are just so many barriers we face."

So far, health workers have been able to reach and help only about half of those in need of medical care, Mudhwahi says. The World Health Organization is asking the international community for $31 million to expand health care for the 15 million people in Yemen affected by the conflict.

Mudhwahi says he's not sure when the war will end for good. "I don't know about optimism, but for us it's about being practical," he says. "We have to continue; we have to do our best to get health care for as many people as possible."