Accessibility links
New Kid-Friendly TB Medications Are Berry-Flavored And Dissolve In Water : Goats and Soda Many kids reject or cough up the bitter adult-size pills for TB. The new ones dissolve in water and come in precise kid-size doses. 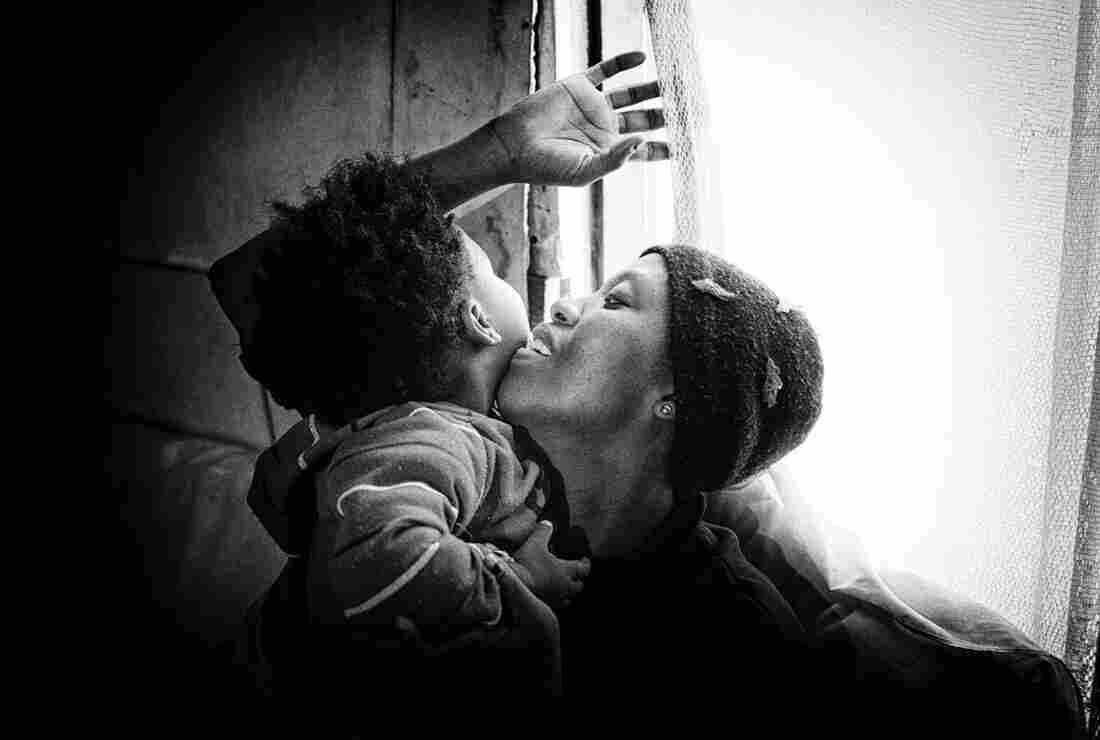 Clara, 27, plays with her son. Both of them are HIV-positive and have had TB; they live in South Africa. Misha Friedman hide caption 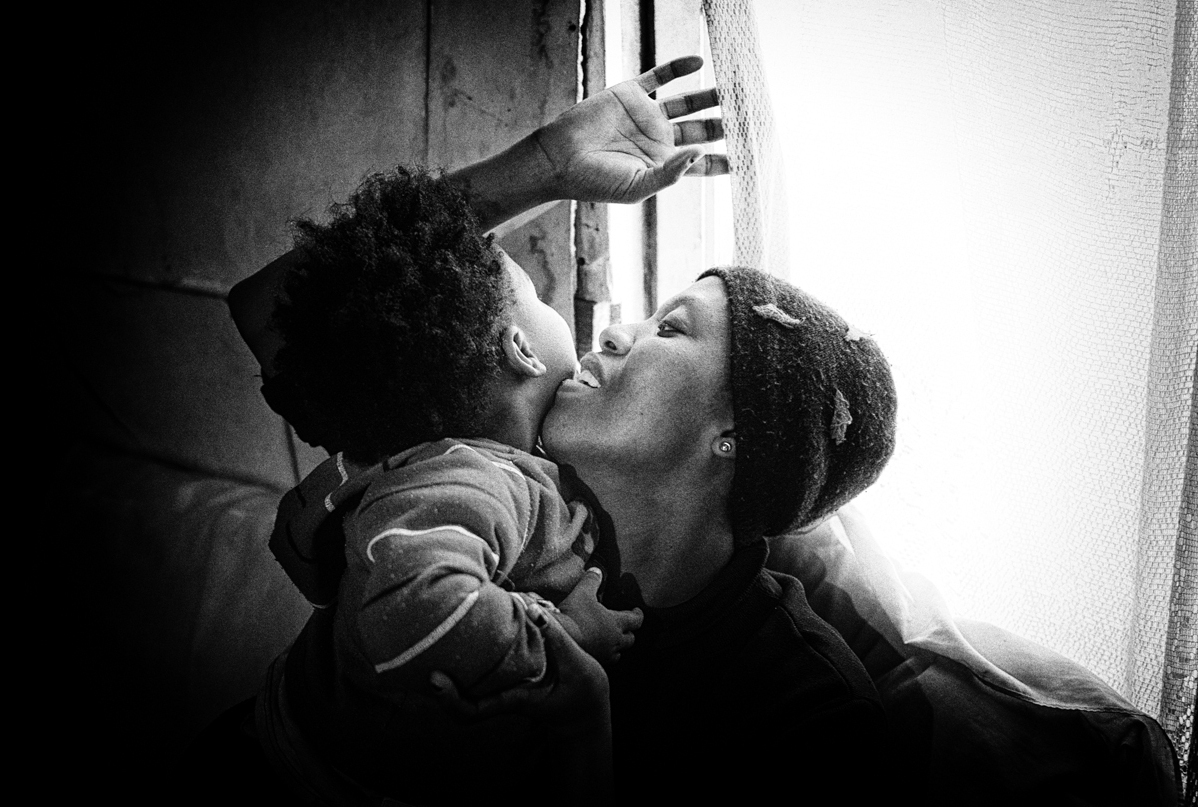 Clara, 27, plays with her son. Both of them are HIV-positive and have had TB; they live in South Africa.

A six-month course of pills for tuberculosis can ward off lifelong disability or death. But children with TB have to take the same drugs as adults, and getting kids to swallow those large, foul-tasting tablets is no easy task.

So for global health groups — and parents around the world — the arrival of kid-friendly, berry-flavored TB medicine is a big win. Researchers debuted the new treatment this month at the annual Union World Conference on Lung Health in Cape Town, South Africa. 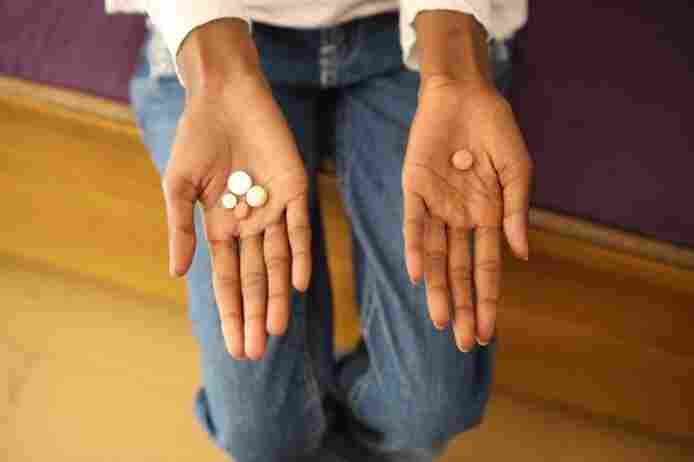 Adult-size TB pills (left) need to be cut up for kids. But new child-size medicines will soon be available. Courtesy of John-Michael Maas/TB Alliance hide caption 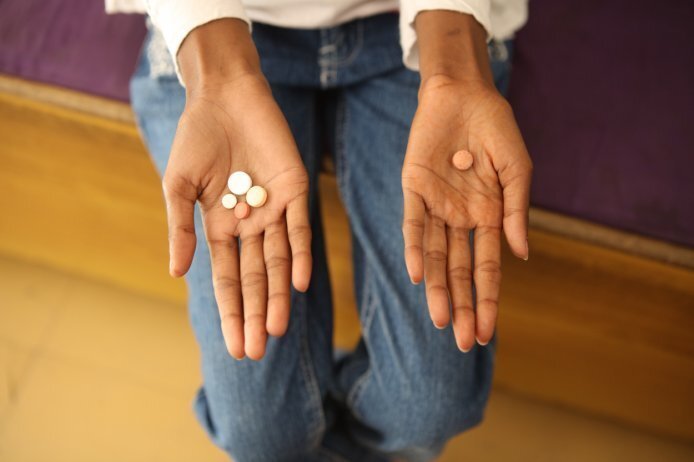 Adult-size TB pills (left) need to be cut up for kids. But new child-size medicines will soon be available.

"TB is already such a long struggle," said Monique Davids, a Cape Town-based mother of two children with TB who spoke at the conference. "At least the treatment doesn't have to be such an ordeal anymore."

Many children with TB never complete their treatment because they reject their cut or crushed-up portions of adult-sized pills. The new strawberry- and raspberry-flavored medicines dissolve in water and come in precise kid-sized doses.

"Making a kids' version of this medicine is obviously a no-brainer," says Dr. Mel Spigelman, president of the nonprofit TB Alliance, which helped coordinate the development of the new medication. "But it's taken a really long time because unfortunately, we live in a world where if you can't make a big profit on something it doesn't get done too quickly."

Pharmaceutical companies have had little financial incentive to develop medication for TB, which generally affects the poorest of the poor communities worldwide, Spigelman says. The TB Alliance, with funding and support from UNITAID, USAID and other health groups, lobbied several pharmaceutical companies until it found a couple that were willing to develop the kid-friendly medicine.

The World Health Organization has approved the new drugs through an expedited process, and the governments of several countries are beginning to review the drug as well, Spigelman says. Kenya has already placed an order and will begin distributing the drugs within the next two or three months.

It will cost about $15 for a six-month course of these medications — right now, the adult doses cost between $14 and $22 for a full course.

The hope, Spiegelman says, is that this new formulation will help cut down the number of childhood TB cases worldwide. The disease remains one of the world's biggest killers, even though nearly all cases can be cured, according to WHO. According to the latest WHO statistics, TB killed 1.5 million people last year — and 140,000 of the victims were children.

The disease spreads through the air when an infected person coughs or sneezes. It usually affects the lungs. Left untreated, it causes patients to cough up blood as their bodies waste away — until they die. Around half a million people worldwide develop a drug-resistant form of TB that's exceedingly complicated to cure.

Since the symptoms can be mild for months, the illness can be difficult to detect, especially in children, Spigelman notes. The most common diagnostic method involves using a microscope to look at a sample of saliva and mucus coughed up by a patient. But TB bacteria can look very similar to bacteria that cause other infections. And often kids don't produce enough sputum to properly examine. "Think about it — if you try to tell your 1-year-old, 'Will you please cough in this cup and give me some of your sputum,' you're not going to go very far," Spigelman says. "So the next step is developing a simple test to reliably diagnose TB."

"Don't get me wrong, this new medicine can make a big impact," he adds. "But we've still got a ways to go."