Accessibility links
Brazil's New Museum Of Tomorrow Has Drawn Praise And Controversy : Goats and Soda The museum is meant to revitalize Rio de Janeiro and inspire environmental stewardship. To critics it's an eyesore that alienates the local community.

What Brazil's Museum Of Tomorrow Means To Locals Today

What Brazil's Museum Of Tomorrow Means To Locals Today 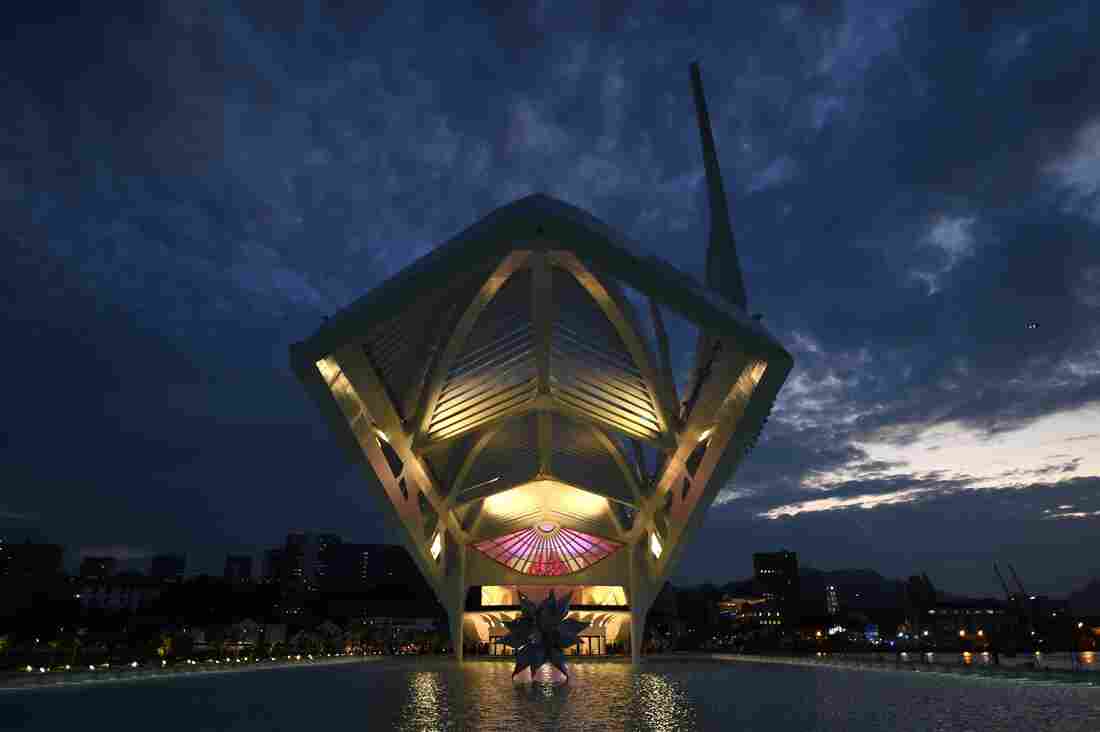 The museum was inaugurated by Brazilian President Dilma Rousseff this month as part of a revitalization program for the Rio 2016 Olympic Games. Vanderlei Almeida/AFP/Getty Images hide caption 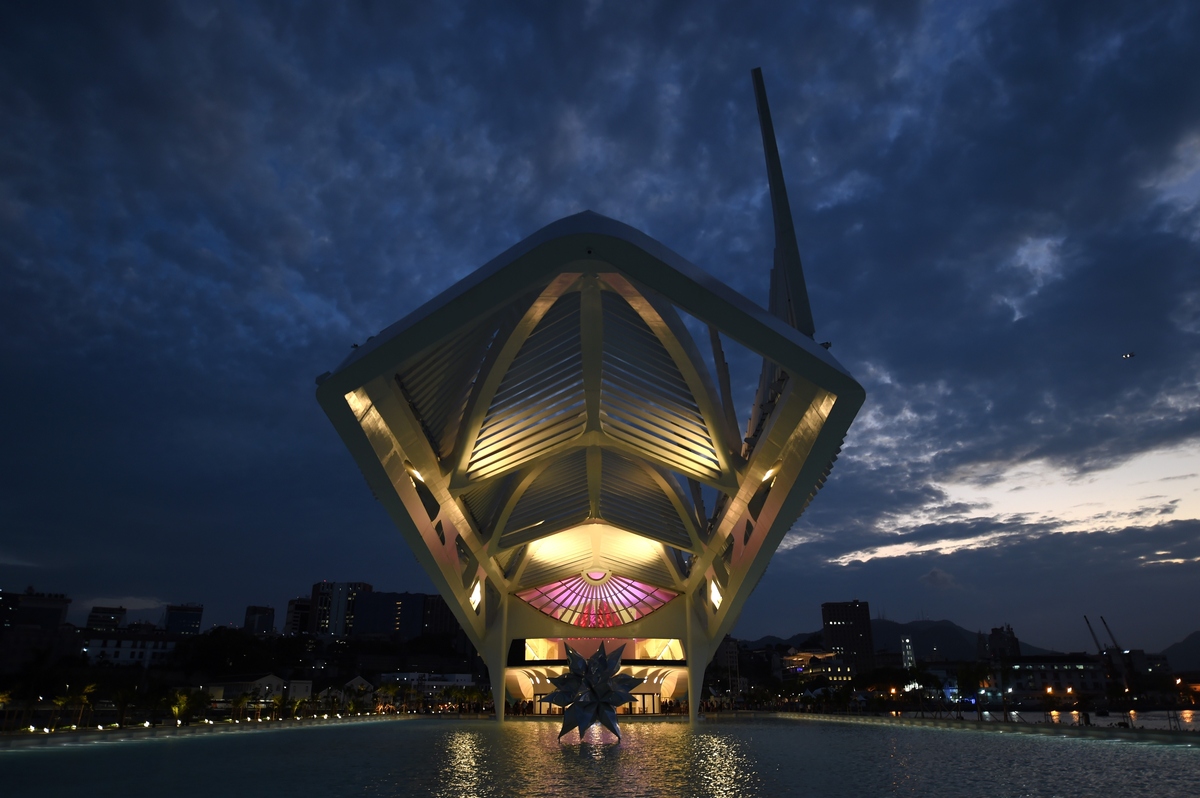 The museum was inaugurated by Brazilian President Dilma Rousseff this month as part of a revitalization program for the Rio 2016 Olympic Games.

Its design is bold — it looks like the exoskeleton of a pre-historic fish. Its aim is ambitious: to raise consciousness on the future of our planet.

The Museum of Tomorrow, inaugurated last week in Rio de Janeiro, is the centerpiece of what the government's $2 billion revitalization of the historic port district ahead of the Summer Olympics, which Brazil is hosting.

This cultural institution has drawn both high praise and controversy. See, the museum raises an intriguing question: What sort of tomorrow do we humans actually want? It explores "how our choices are building different tomorrows," says Leonardo Menezes, the museum's content manager. "Are they going to be sustainable or not?"

Visitors are taken on a journey that explores human history and our impact on the earth; how we are transforming our environment in indelible ways both beautiful and destructive. It begins with a "Cosmic Portal" which acts as a "time machine" — you sit down on the floor of an egg-shaped theater to watch a film that takes you through space and time to the beginning of the universe.

The 8-minute-long film, directed by renowned Brazilian director Fernando Meirelle, zooms with explosive imagery. You'll feel cocooned within the center of stars being born. You'll zip through evolution and stare into the blazing yellow eyes of wolves in the prehistoric night.

Some viewers come away from the experience teary-eyed — exactly the sort of response the museum curators want to elicit. The idea is to show that "we are connected to all other beings, plants and animals that are living here with us," Menezes says.

After the movie, you'll walk through a mirrored hall filled with what the curators call "Totems" – Stonehenge-inspired floor-to-ceiling pillars covered with photographs grouped into sections inspired by Stonehenge. 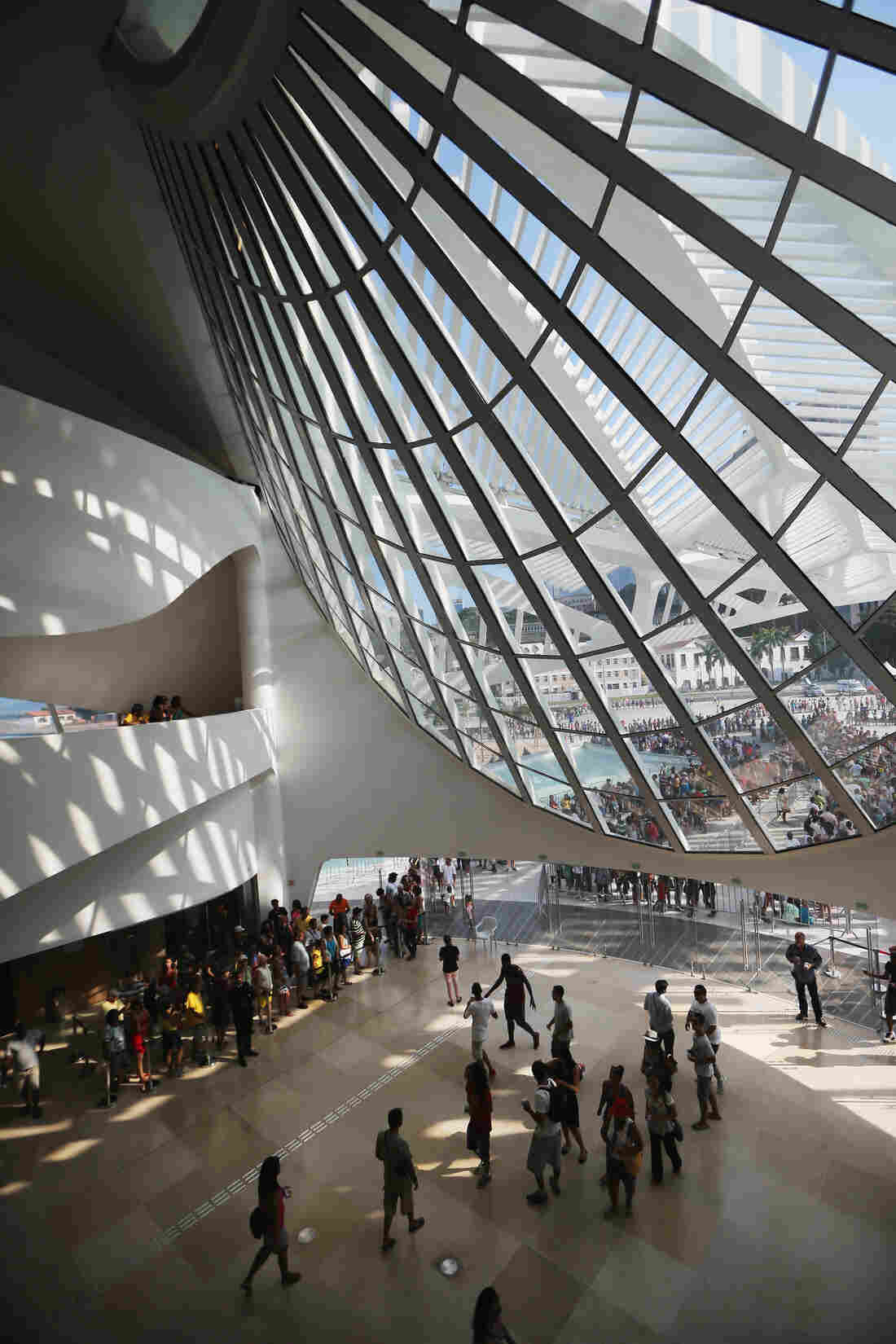 A totem called Excess, covered with pictures of garbage mounds and massive shopping malls, sits next to one called Belief, which shows images of global worship and prayer. The juxtaposition is deliberately jarring and disorienting, says Menezes. It all leads up to the finale of large screens flashing a message: "We cultivate, we explore, we transform. Today we are a planetary force."

Those words are paired with startling statistics and images of forest fires and suffocating traffic to illustrate all the damage we've done to our planet. The underlying message here is that the Age of Humans could very well be called the Age of Consumption. And our desire for more is killing us. To drive that message home, dotted around the museum are interactive screens with quizzes to help you calculate your carbon footprint.

This strong stand against excessive consumption is revolutionary in a developing nation like Brazil, where consumerism signals wealth and success. 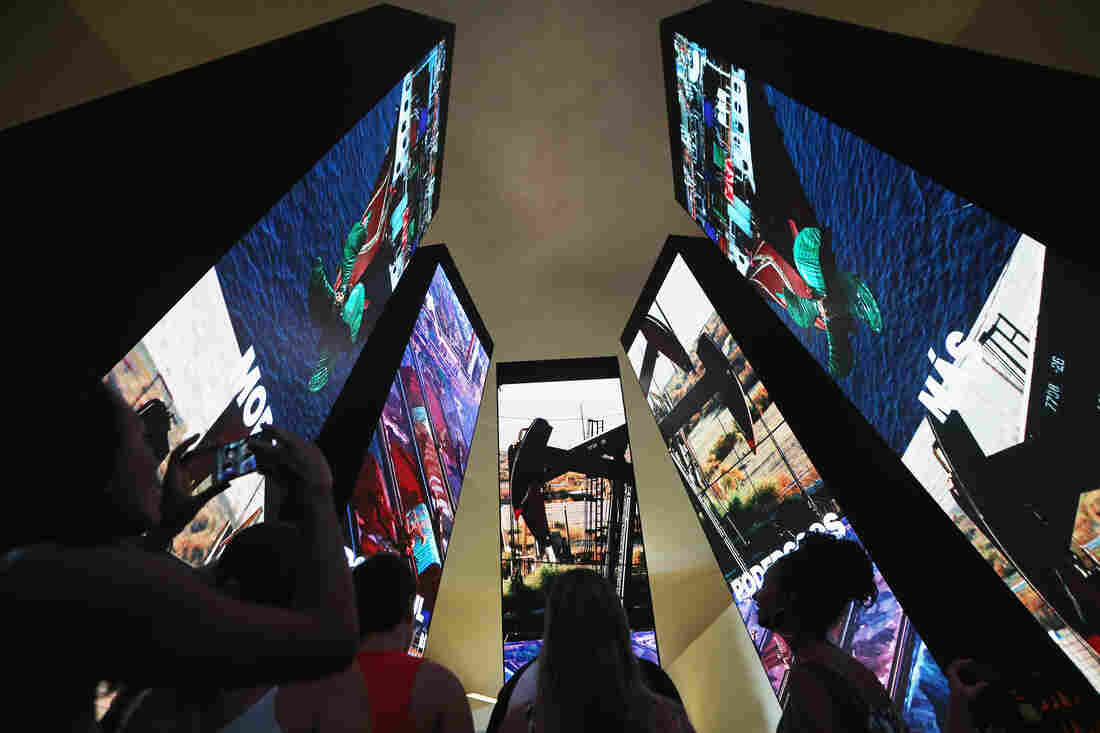 The museum features "totems" that represent the various ways in which humans have shaped their environment. Mario Tama/Getty Images hide caption

"It's incredible," says Leandro Mello, a mechanical engineer who was visiting the museum. "It makes me think we need to do a little better, take more care of our planet."

Look At This: Rain Forest Was Here

But critics have charged that the museum does little to address any of the specific environmental issues Brazil faces, like deforestation in the Amazon or pollution in the bay on which the Museum sits. And they say that a project like the Museum of Tomorrow is the latest chapter in a saga of inequality.

Rio was an important city in the history of slavery. Brazil brought in more enslaved people than any other country in the Americas and Rio's port was where most of them came to shore. In modern times, the area fell to disrepair.

Now community activists allege that the new museum, and other revitalization projects in Rio, are pushing out poorer residents and gentrifying the area. They point to the museum's $55 million price tag — a big splurge for a country suffering a recession. And they say it's a bit ironic to build a museum looking at the future when Rio doesn't even have one to acknowledge its terrible history of slavery. 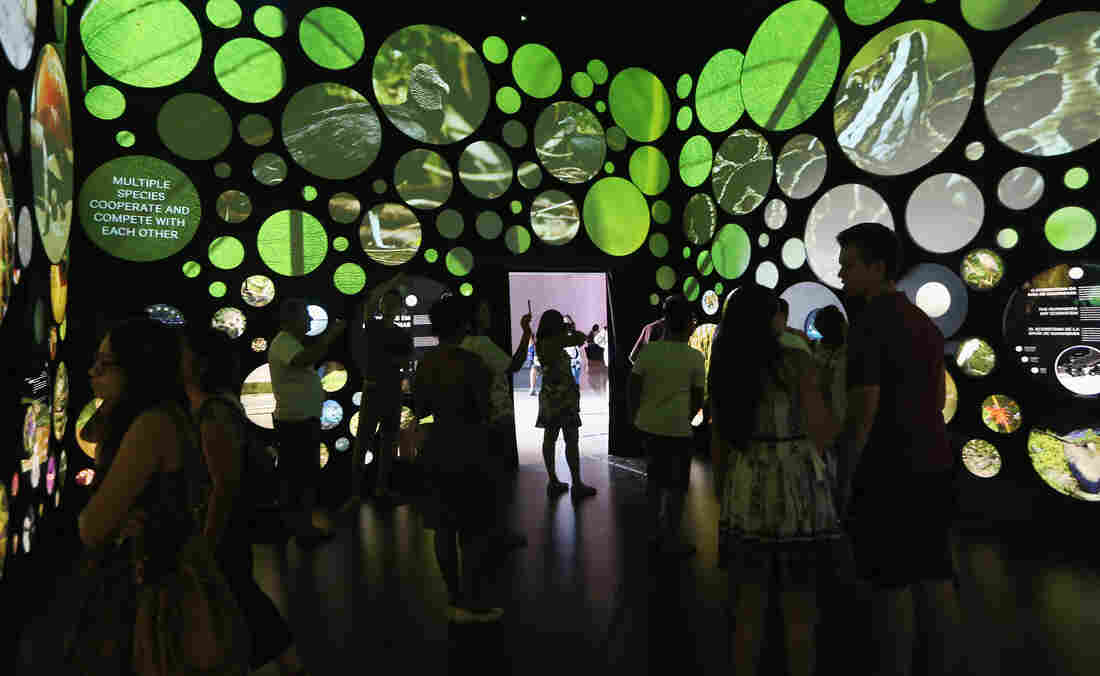 The building has also come under fire for what some say is its grandiose design. Famed Spanish architect Santiago Calatrava said he was inspired by a visit to Rio's botanical gardens when he came up with the concept. The building has solar panels that move with the angle of the sun and is surrounded by wide esplanades that are open to the public.

Museums often embody the grand aspirations of a city — or at least those of its planners, says American architect Michael Lipkin, who visited the museum with me. But more often it's the community that surrounds a landmark that defines its fate. "It's important to remember that the Sydney opera house, which has become so iconic of what Sydney is, was not well-received," he notes. "The Guggenheim museum in New York, perhaps [the city's] most iconic mid-century building was rejected by most of the press and the neighbors."

Rio's new attraction may be called the Museum of Tomorrow, he says, but "we are going to have to wait until the day after tomorrow to understand what it really means."

And there are early indications that Rio's new attraction could win the community over. Thousands have been flocking to the area around the museum during the holiday season, and the local paper hailed it as "the new beach of Rio" — which is a very high accolade in Brazil.