Accessibility links
'Star Wars' Features An Actor With Nigerian Roots — And Nigerian Filmgoers Are Over The Moon : Goats and Soda The actor who plays Finn, a disillusioned Stormtrooper in the new film, has said he's "a confident, Nigerian, black, chocolate man." Nigerian filmgoers are over the moon. 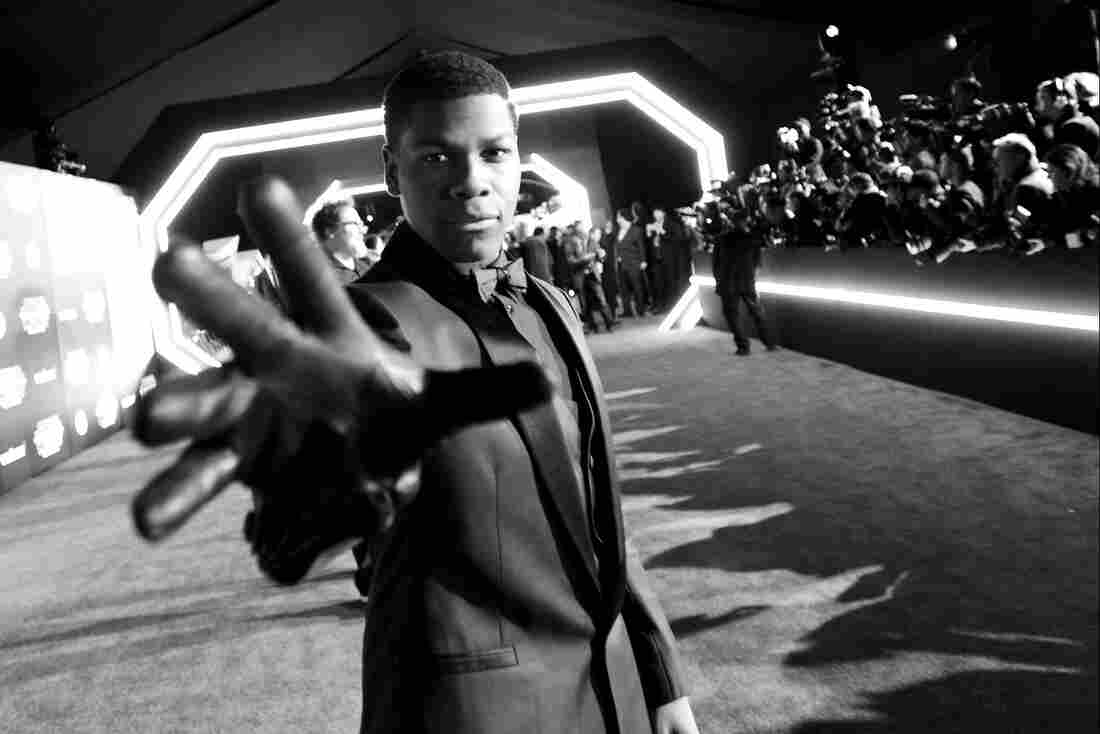 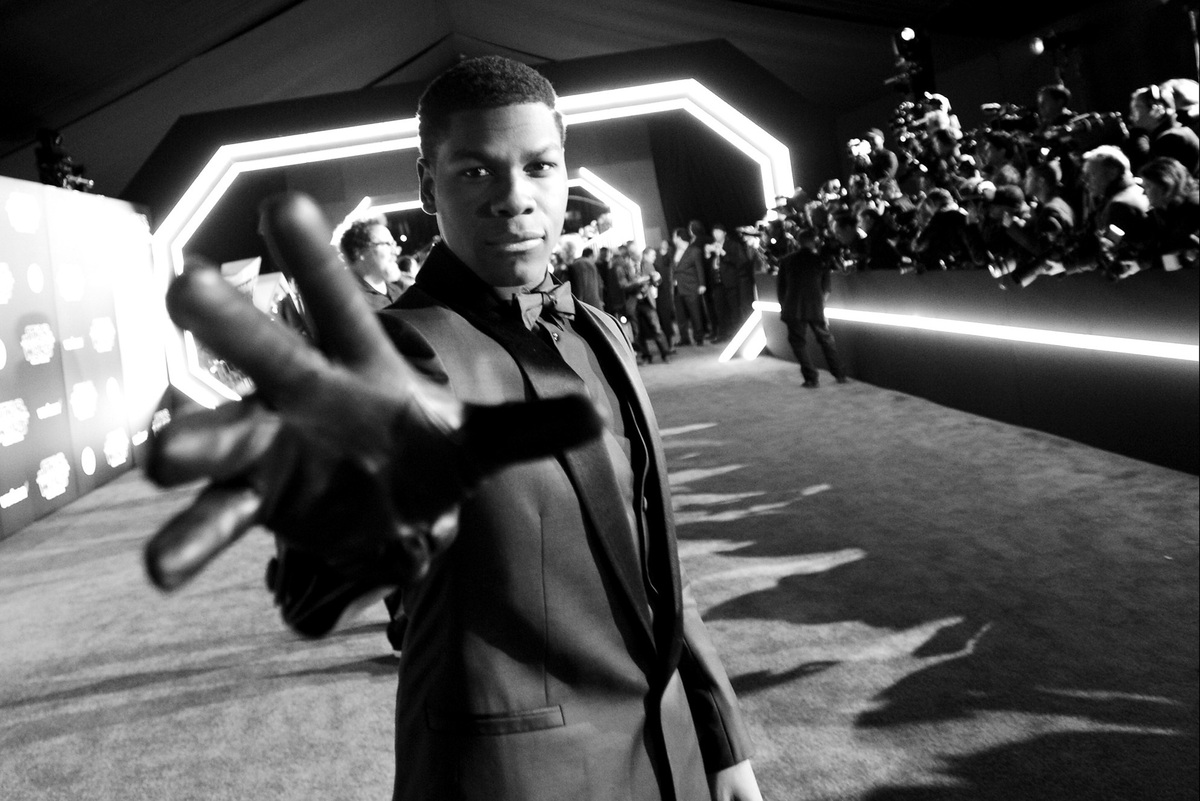 Actor John Boyega attends the world premiere of Star Wars: The Force Awakens in Hollywood. Boyega, the son of Nigerian immigrants, grew up in London.

Nigeria is falling in love with Star Wars.

There are two reasons. There's a growing nerd culture in the country — young people who love science fiction and see it as a way to imagine our own futures as something better than our present. We also have an annual Comic Con in Lagos. And last year a friend and I started an online "speculative fiction" magazine, Omenana.com, which has helped promote a new generation of sci-fi writers and artists.

The other reason: John Boyega.

Boyega is the son of Nigerians who settled in Britain. He plays Finn, a disillusioned Stormtrooper in the new movie Star Wars: The Force Awakens. And he's proud of his heritage.

"I'm grounded in who I am and I am a confident black man, a confident, Nigerian, black, chocolate man," he has posted on Instagram.

Nigerians are already familiar with Boyega. He was in the U.K. sci-fi flick Attack the Block and played Ugwu the houseboy in the film adaptation of Chimamanda Adichie's novel Half of a Yellow Sun.

But seeing him in Star Wars has been another kind of experience.

Kemi Williams has been a Star Wars fan since she saw the first film when she was 12. Now she's 50 — and gratified that there were more relatable characters in the franchise for her children than there were for her.

"It's significant to me because my son was sitting next to me, and it was a big deal for him to see a character who looks like him," she said. "When I was little I never had that."

Growing up in the '60s and '70s, Williams felt the only place where she found stories she could relate to were in sci-fi shows like Star Trek and Blake's 7. The effect was limited, however, because it was "always white people putting these things out."

Williams was happy that the new Star Wars film has a more diverse cast. She was especially impressed by Boyega's reaction to racist remarks about his casting.

"What's important is that he's out and proud about being a black man," Williams said. "The fact that he's Yoruba has a resonance within Nigeria. He's one of us, and it's something we can relate to."

Williams was one of several moviegoers I interviewed in Abuja, Nigeria's capital.

Boyega's heritage is of less interest to younger Nigerian fans. Chiagoziem Okoronkwo, 30 and a personal trainer, notes that a number of actors of Nigerian heritage, such as Chiwetel Ejiofor, Carmen Ejogo, David Oyelowo and Megalyn Echikunwoke, have risen to prominence in the past few years.

But he's still excited about the character Boyega plays, which doesn't fall into familiar Hollywood stereotypes of black people.

"Most black guys get typecast," he said. "If they're not the supersmart magical negro, they don't get cast. [Boyega's] role was a bit different."

Ultimately, most moviegoers I spoke to agreed that Boyega's turn in the movie was most effective as a way to win new fans to the franchise in Nigeria — even if they didn't realize at first that he was of Nigerian heritage.

"I even thought he was Ghanaian," admits Pelu Awufeso, a 41-year-old travel journalist and blogger. "Boyega is not an original Yoruba name."

Awufeso, who had never been interested in the Star Wars franchise before the premiere of the film, went to see the movie only after previous plans fell through. He was won over by the film — and Boyega's performance.

"I liked the creativity behind it. The sheer creativity in those characters alone deserves kudos," he said. "I was happy that a Nigerian was considered for the role. To see a young Nigerian lead made me feel that, yes, we are doing well."

For an older fan like Kemi Williams, the true benefit of Boyega's casting is that it will bring in a wider audience in Nigeria and show them how science fiction can change the way people think.

"The fact that [Boyega] is a Stormtrooper — who are assumed to be white males underneath their masks — opens up a lot of possibilities," she said. "It opens up people's minds."