Accessibility links
Ethiopia Is Facing An Epic Drought But The World Has Been Slow To Respond : Goats and Soda Ethiopia is grappling with an epic drought that could lead to famine. Here's why the world isn't stepping up. 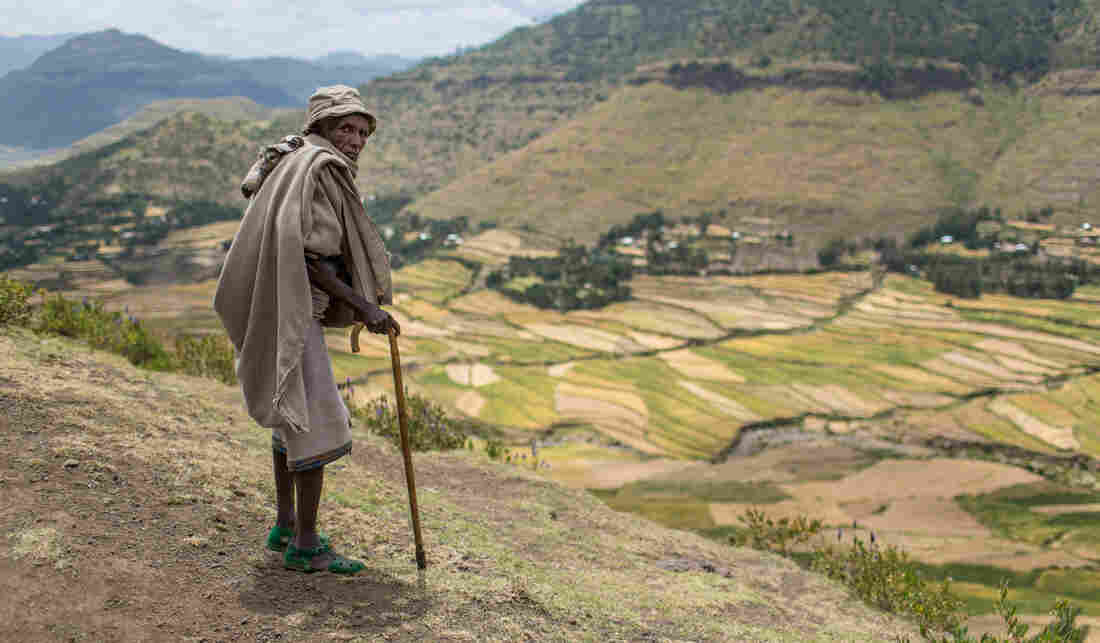 A farmer in Ethiopia, in the grips of its worst drought in decades. Thomas Imo/Photothek via Getty Images hide caption 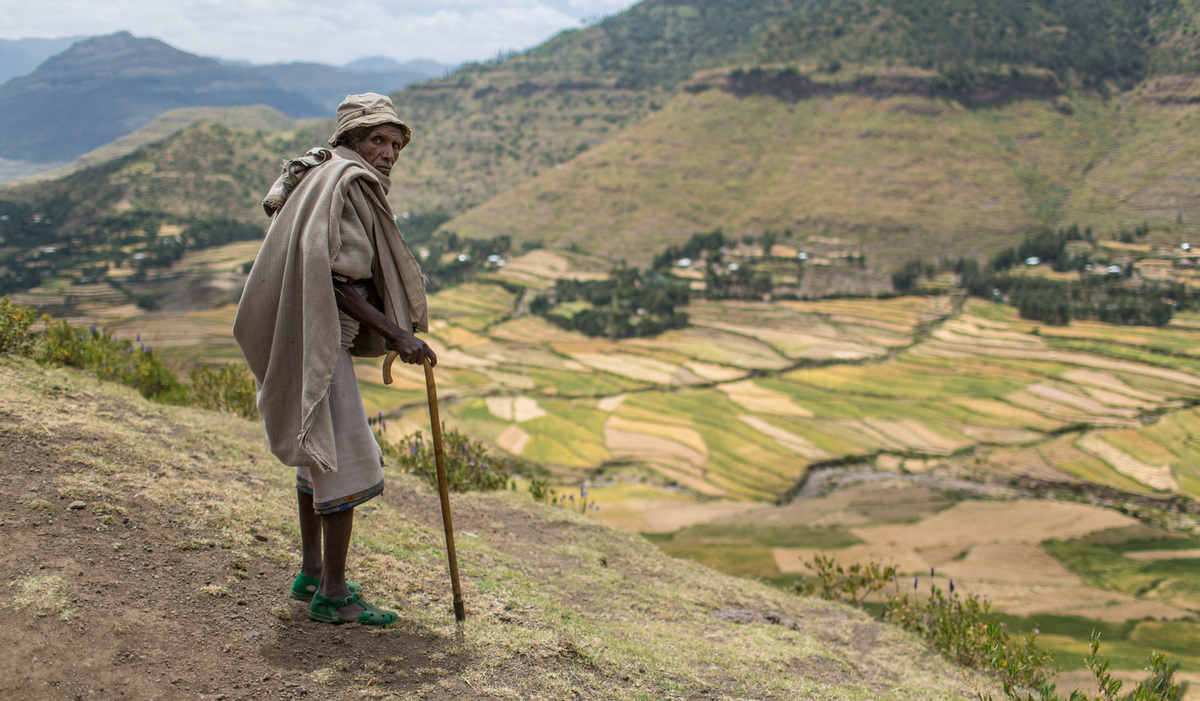 A farmer in Ethiopia, in the grips of its worst drought in decades.

When a poor country is hit with a sudden catastrophe — say, an earthquake or a tsunami — the world is quick to send aid.

But a slow-moving disaster, the kind that unfolds over weeks or even months, is another story. There are no immediate, dramatic TV images, no screaming headlines.

And that means it's really tough for aid groups to raise the money needed.

Just ask John Graham. He's the head of the aid group Save the Children, and he's watching a slow-moving disaster unfold in Ethiopia as the world remains largely oblivious.

It started with last year's winter rains – or rather, the lack thereof. They were barely a trickle. Then came spring.

"[Spring rains are] not terribly reliable, you see them fail fairly frequently," says Graham. "But this year they failed quite spectacularly."

Everyone hoped the summer rains would make up for it. But they were almost as disappointing due to this year's El Nino, a periodic warming in the Pacific Ocean that plays havoc with weather systems worldwide.

Pastoral regions where people raise cattle were among the worst hit. "Animals died," recalls Graham. "People by tens of thousands had to trek into places where they could get water, get food. A lot of the children were severely malnourished."

By August, it had become official: Ethiopia is in the midst of its worst drought in decades. That's devastating in a country where at least 80 percent of people live off the land. Graham didn't need to wait for the harvest to know people were going to start running out of food pretty quickly.

"I began to think my goodness, 'The scale of this thing is going to be enormous,'" recalls Graham. "How are all of us going to handle it?"

So Graham's group joined an effort led by the Ethiopian government and the United Nations to assess the need. In August they released a detailed plan for delivering emergency food assistance to 4.5 million people. And they called on major donors such as the United States to help fund it. In October, as the situation worsened, they expanded the plan to cover more than 8 million people. Earlier this month they issued the latest appeal: for $1.4 billion to feed and otherwise assist more than 10 million people through next June.

Yet each time the donors have only come through with a portion of the funds. The shortfall in international aid now stands at $1.2 billion. And given the long lead times for purchasing food and getting it to remote areas, says Graham, that money needs to be committed in a matter of weeks.

"We know what's going to unfold here. But this just isn't getting the visibility."

He thinks there's a paradoxical explanation. So far, the relief effort has managed to limp along, in part thanks to an infusion of $200 million from the Ethiopian government. That arrangement can't last, but for now we're not seeing a lot of starving people in Ethiopia. And that, says Graham, makes his fund-raising efforts "a lot harder."

He finds this maddening. "Are we supposed to wait until we have these children suffering and malnourished, before people are going to respond?"

That's what happened during the horrific famine in the mid-1980s that killed hundreds of thousands in Ethiopia. The world didn't really step up until TV screens were filled with images of emaciated kids.

"This time we're saying, 'We can just prevent all of that. But we can't wait,' says Graham.

This type of situation is common in aid work, says Tom Kirsch, director of the Center for Refugee and Disaster Response at the Johns Hopkins University Bloomberg School of Public Health. He says the world is just a lot more responsive to immediate disasters than it is to slower-moving ones.

"Where we have a very dramatic sudden event that causes widespread destruction and death it captures a lot of attention," says Kirsch.

By contrast, he adds, "When you get to the cases where you can actually prevent a crisis like this — where we can intervene early and prevent widespread death — we don't get the media attention. We don't get the politicians falling over themselves to organize funds."

Kirsch says the irony is that slower-onset disasters often have more severe and lasting consequences. Droughts are only one example. There are refugee crises and slow-rising floods — like ones that devastated Pakistan in 2010, displacing millions.

"But because [the floods] were gradual onset over the course of weeks to months, they didn't get the press and [Pakistan] didn't get the recovery [dollars]."

As for Save the Children's John Graham, he stresses it's not too late for Ethiopia. He says, this doesn't have to be yet another cautionary tale. "This one, could just be a tremendous success story."