Accessibility links
Reports Of Starvation In Syria Call Attention To The Toll Of Extreme Malnutrition : Goats and Soda What is the process of starvation like? Do women have a survival advantage because of their greater percentage of stored body fat? These are some of the questions we asked our experts. 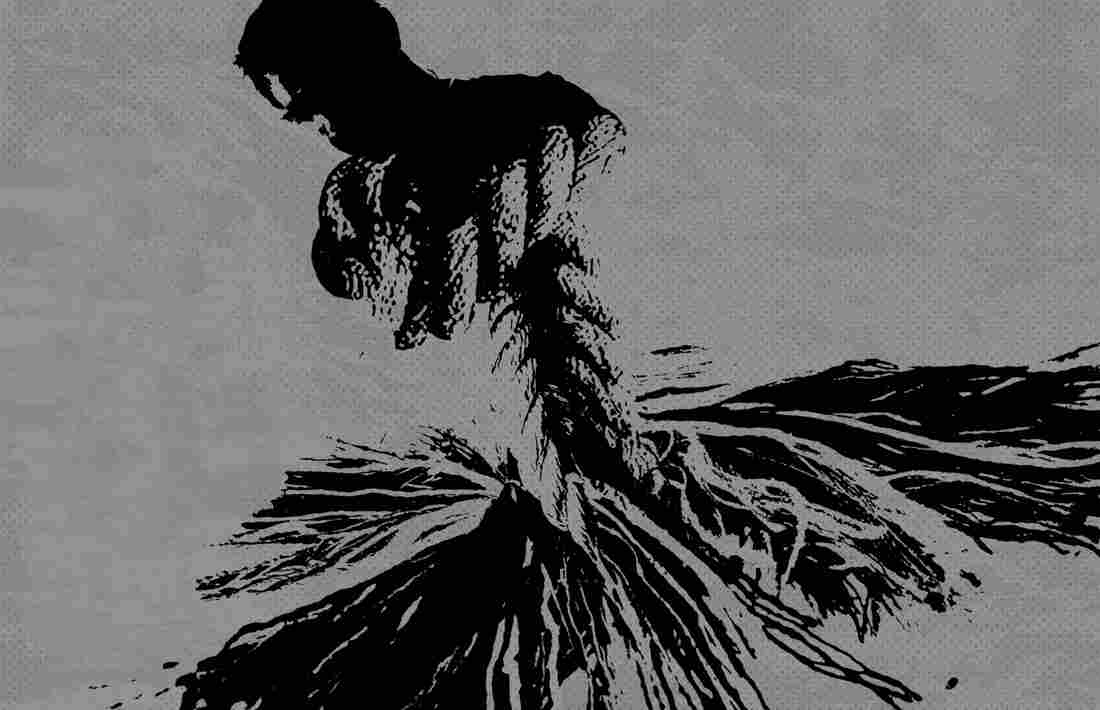 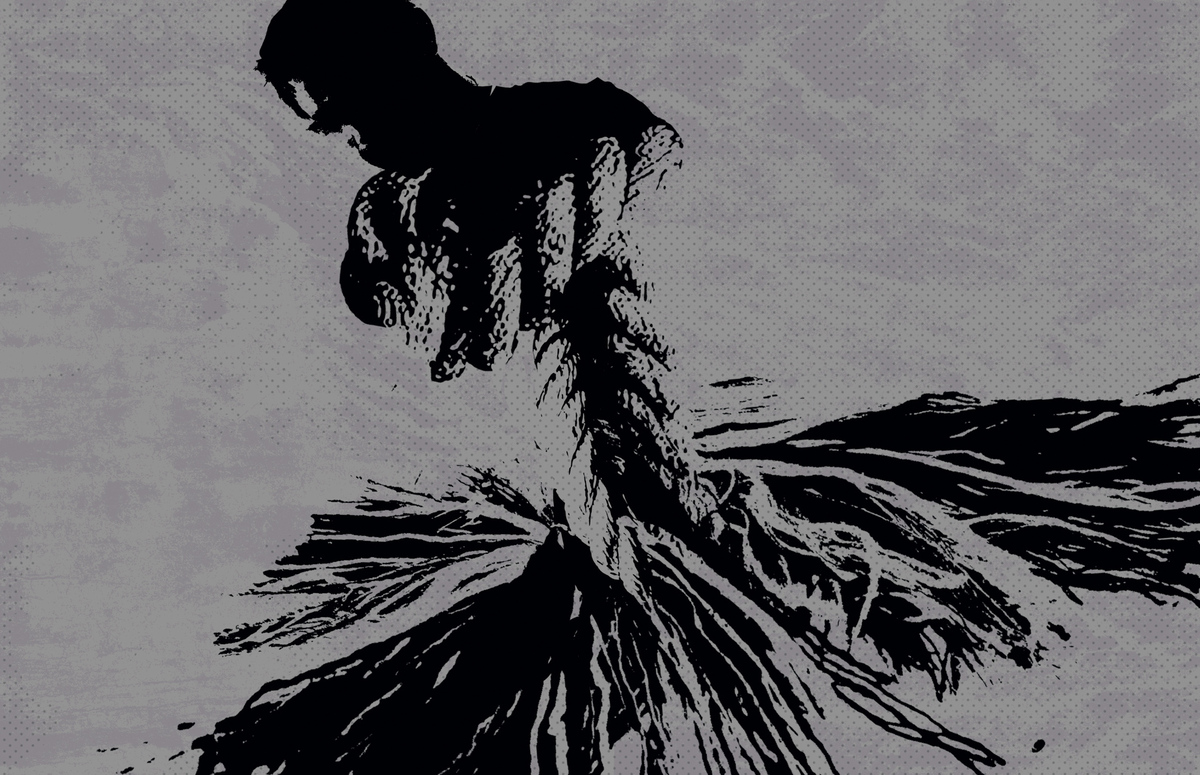 It's an awful question, but it's the question of the moment. In what United Nations Secretary-General Ban Ki-moon has called a "war crime," thousands of people in Syria have been starving because both government and rebel blockades have kept food from reaching them. The town of Madaya has been under siege for months. U.N. relief staff members reported seeing elderly people, children, men and women who are little more than skin and bones. "Gaunt, severely malnourished, so weak they could barely walk and utterly desperate for the slightest morsel," Ban Ki-moon said, according to the U.N. News Service.

This is not just a problem in Syria. People suffer from extreme malnutrition all over the world in places where there is war, economic crisis, floods, drought and all manner of human suffering. About 1 in 9, or 795 million people in the world, suffers from undernourishment, according to the United Nations Food and Agricultural Organization.

And that's how starvation can begin — with undernourishment. People do not get enough calories to keep up with the body's energy needs. (Although starvation may be staved off if edibles are available that would not previously have been considered "food" — grass, leaves, insects or rodents.)

Over weeks and months, malnutrition can result in specific diseases, like anemia when people don't get enough iron or beriberi if they don't get adequate thiamine.

A severe lack of food for a prolonged period — not enough calories of any sort to keep up with the body's energy needs — is starvation. The body's reserve resources are depleted. The result is substantial weight loss, wasting away of the body's tissues and eventually death.

When faced with starvation, the body fights back. The first day without food is a lot like the overnight fast between dinner one night and breakfast the next morning. Energy levels are low but pick up with a morning meal.

Within days, faced with nothing to eat, the body begins feeding on itself. "The body starts to consume energy stores — carbohydrates, fats and then the protein parts of tissue," says Maureen Gallagher, senior nutrition adviser to Action Against Hunger, a network of international humanitarian organizations focused on eliminating hunger. Metabolism slows, the body cannot regulate its temperature, kidney function is impaired and the immune system weakens.

When the body uses its reserves to provide basic energy needs, it can no longer supply necessary nutrients to vital organs and tissues. The heart, lungs, ovaries and testes shrink. Muscles shrink and people feel weak. Body temperature drops and people can feel chilled. People can become irritable, and it becomes difficult to concentrate.

Eventually, nothing is left for the body to scavenge except muscle. "Once protein stores start getting used, death is not far," says Dr. Nancy Zucker, director of the Duke Center for Eating Disorders at Duke University. "You're consuming your own muscle, including the heart muscle." In the late stages of starvation, people can experience hallucinations, convulsions and disruptions in heart rhythm. Finally, the heart stops.

How long does this take? There's great variation in the amount of time people can survive without food, depending on age, body weight, whether they have adequate water, and whether they have other underlying health issues. Mahatma Gandhi, in his nonviolent campaign for India's independence, survived for 21 days with only sips of water. One study found that hunger strikers in various parts of the world survived for up to 40 days.

Theoretically, women might have a survival advantage because they have a greater percentage of stored body fat. But, says Zucker, no study proves that. The most thorough study of near starvation in humans was a 1950 study by Ancel Keys, "The Biology of Human Starvation," in which 36 volunteers — all male — were given a semi-starvation diet of 1,570 calories (the average man needs about 2,500 calories a day) for six months. It is from that study that nutrition scientists began to understand how the body reacts to food deprivation.

Children are smaller and have fewer body-fat stores to draw from. They fail much faster. "Children are at a much greater disadvantage," says Zucker. "With anorexia nervosa [an eating disorder characterized by an obsessive desire to lose weight by refusing to eat] we have to act a lot more quickly, because children and teens have fewer stores available; they're growing and their metabolic needs are greater."

What is going on during starvation internally, biologically and metabolically, is invisible. But physical and behavioral changes are on display.

Both adults or children can act very much out of character. They might be irritable or apathetic or lethargic. "Starvation is a state of threat," says Zucker. And so people who are starving might act like a cornered animal, alert to any change around them and too quick to react to perceived threats. With a severe ongoing lack of food, people start doing things to ration food. "They eat more slowly. They might start shredding food to make it look like there is more. You take a piece of bread and shred it so you have a pile of bread crumbs," says Zucker.

The body attempts to protect the brain, says Zucker, by shutting down the most metabolically intense functions first, like digestion, resulting in diarrhea. "The brain is relatively protected, but eventually we worry about neuronal death and brain matter loss," she says. Just as the heart, lungs and other organs weaken and shrivel without food, eventually so does the brain. The concern for children is that their brains are still developing and any loss of function due to starvation could be permanent. But their brains are more plastic and might have a greater ability to bounce back, after they begin eating again.

"It's hard to know. Children suffer more steeply, but their recovery might be better. It might be a tie," says Zucker. "But adults and children alike can have permanent brain damage."

People who are in the throes of starvation look apathetic, lethargic — almost mechanical in their slow-motion reactions.

Starving people may not look as if they're in acute pain. But that doesn't mean they're not suffering. "I've seen kids who are not kids anymore. They're either irritated and crying, or they're apathetic and not playing," says Gallagher. "And their mothers are hopeless and not showing any signs of caring."

Treatment for someone who has been starved begins with a thorough medical exam. People might need hospitalization or antibiotics to treat underlying illnesses or infections. But therapeutic foods, like a fully nutritious peanut butter paste, dry skim milk and a wide set of vitamins and minerals, work well in the developing world.

And there's one curious observation that's been made. It's not clear why, but the problem of peanut allergies in the West is not an issue in sub-Saharan Africa and other areas where severe malnutrition is most common. "We haven't come across any allergic reactions to peanuts," says Gallagher.