Accessibility links
As The Zika Virus Takes A Frightening Turn, Researchers Are Scrambling To Learn More About It : Goats and Soda Concern continues to grow over the outbreak of Zika virus in Latin America. The virus has been linked to severe brain damage in babies. 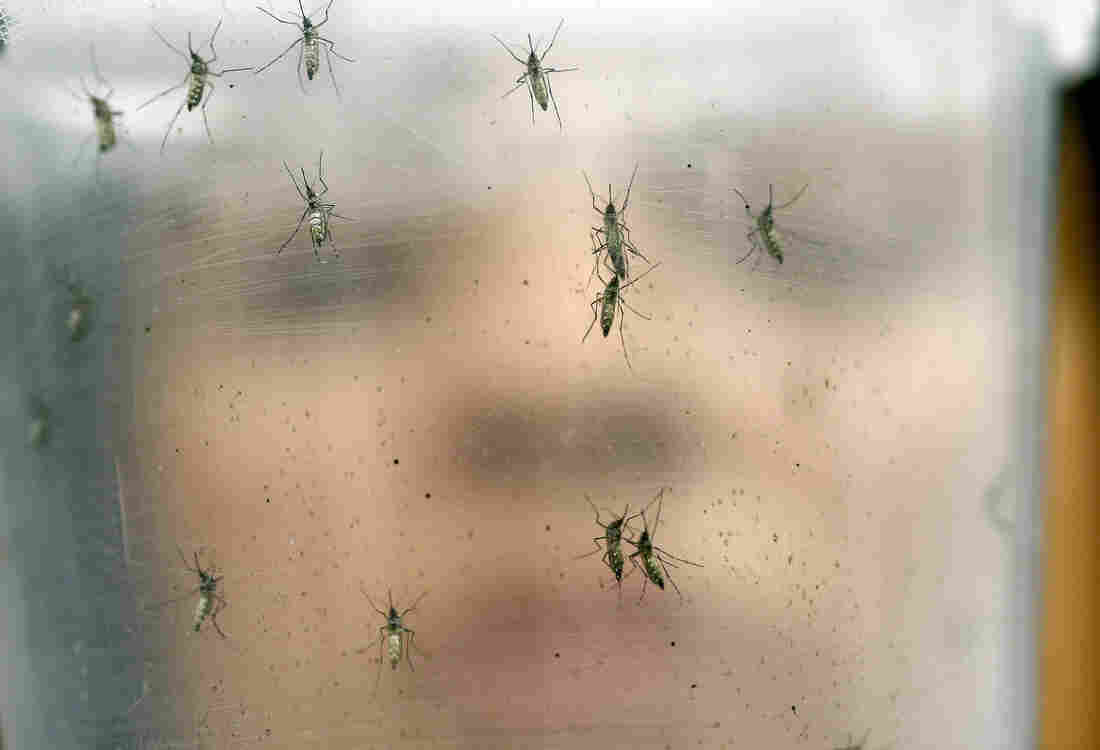 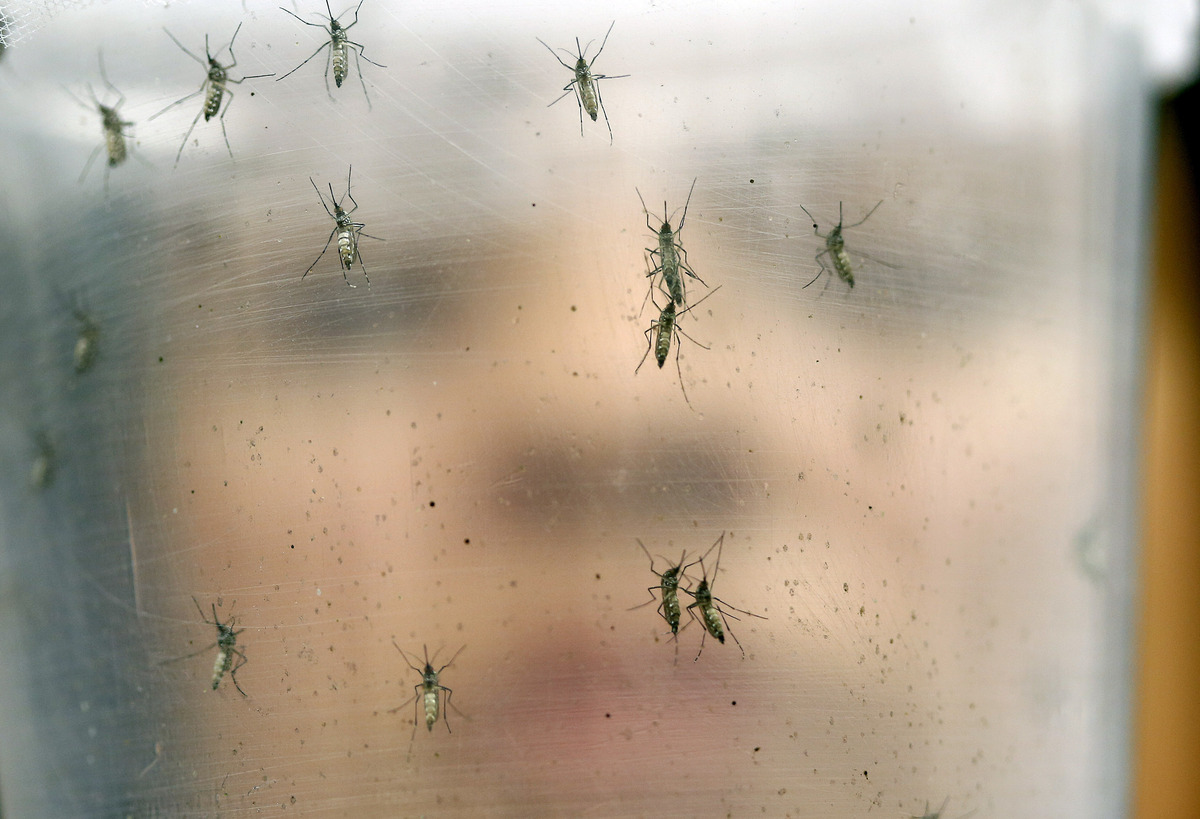 A researcher holds a container with female Aedes aegypti mosquitoes. This species transmits the Zika virus.

Something new — and quite frightening — appears to be happening with the Zika virus.

For decades Zika was a virus that turned up in monkeys and occasionally in humans in Africa and Southeast Asia. Its symptoms were mild and the number of confirmed human cases was low.

The Centers for Disease Control and Prevention has recommended that pregnant women avoid travel to 22 countries where there is active transmission of the Zika virus. Here's the list, which was expanded by eight countries Friday (new countries are in bold):

Off the Northwest Coast of Africa:

The first big outbreak was on the island of Yap in Micronesia. Three quarters of the island's population were infected — about 5,000 people. But few of them reported any symptoms.

Things began to change last year. The virus, which is spread by mosquitoes, turned up in Brazil. There have been at least half a million cases there and the virus has appeared in many other countries in Latin America and the Caribbean.

Why is this virus spreading so rapidly?

"We do still know so little about this virus and the harm that it can cause," says Albert Ko, an epidemiologist from Yale who has been working with the Brazilian Ministry of Health to investigate the Zika outbreak. "This is really a relatively new pathogen." Indeed, the virus was first identified in 1947 in a rhesus monkey in Uganda's Zika forest (which gave the disease its name).

Ko says it may be that the Americas are fertile ground for the virus — this hemisphere has the right type of mosquitoes to transmit Zika and people have no immunity to it.

Or it may be that the virus has mutated.

"This may be a new strain that's traveling very quickly but we really don't know," says Ko.

And along with the increase in numbers has come a disturbing development. In October, Brazilian health authorities noticed a surge in the number of babies born with a birth defect called microcephaly, characterized by smaller than normal heads and severe brain damage. Could the birth defect be linked to instances of Zika in the mother when she was pregnant?

The link between Zika and microcephaly, the condition where a baby's brain and head don't fully develop, still hasn't been proved definitely. But health officials are operating under the assumption that there is one. Brazil reported only 150 cases of microcephaly in 2014 before the virus arrived yet has recorded nearly 4,000 cases of the birth defect since October.

Officials in Brazil and Colombia have taken the extraordinary step of asking women to not get pregnant. The risk to pregnant women is thought to be greatest if she contracts the virus during the first trimester of pregnancy.

Marcie Treadwell is a fetal medicine physician at the University of Michigan in Ann Arbor. She says it's possible that in many more babies the virus is causing less severe forms of brain damage that will only become apparent later: "We don't know the full range of the impact of the virus."

Indeed, there are many unanswered questions. Since many people who get infected with Zika don't get sick at all, she says, "there may be a whole host of women who have had the virus while pregnant who have kids who are completely normal — or [who may] appear completely normal [but will] develop mental issues as these kids get older. We just don't know."

Currently there's no treatment for Zika. Nor is there a vaccine. All the experts can say is that pregnant women should avoid mosquitoes, says Dr. Denise Jamieson, a medical officer with the CDC in Atlanta.

She adds: "There's no intervention that we have to prevent the development of microcephaly."

About a half-dozen cases of Zika have turned up in the U.S. over the past two weeks — all in travelers returning from parts of Latin America and the Caribbean where the outbreak is raging. CDC officials predict any outbreaks in the U.S. mainland will be localized and relatively small because Americans have better access to screens and air-conditioning to protect themselves from mosquitoes.

On Tuesday, Jan. 26 at 11 a.m. ET, NPR's Goats and Soda blog will host a live video Q&A on the Zika virus with NPR correspondents Lourdes Garcia-Navarro and Jason Beaubien. Submit your questions about the disease in a comment below, or use the hashtag #ZikaQA, and our correspondents will answer a few in our live Web stream.