Accessibility links
NPR Correspondents Answer Your Questions About The Zika Virus : Goats and Soda NPR correspondents answer your Zika virus queries: Who's at risk? What are the implications for pregnant women? Will there be a vaccine? 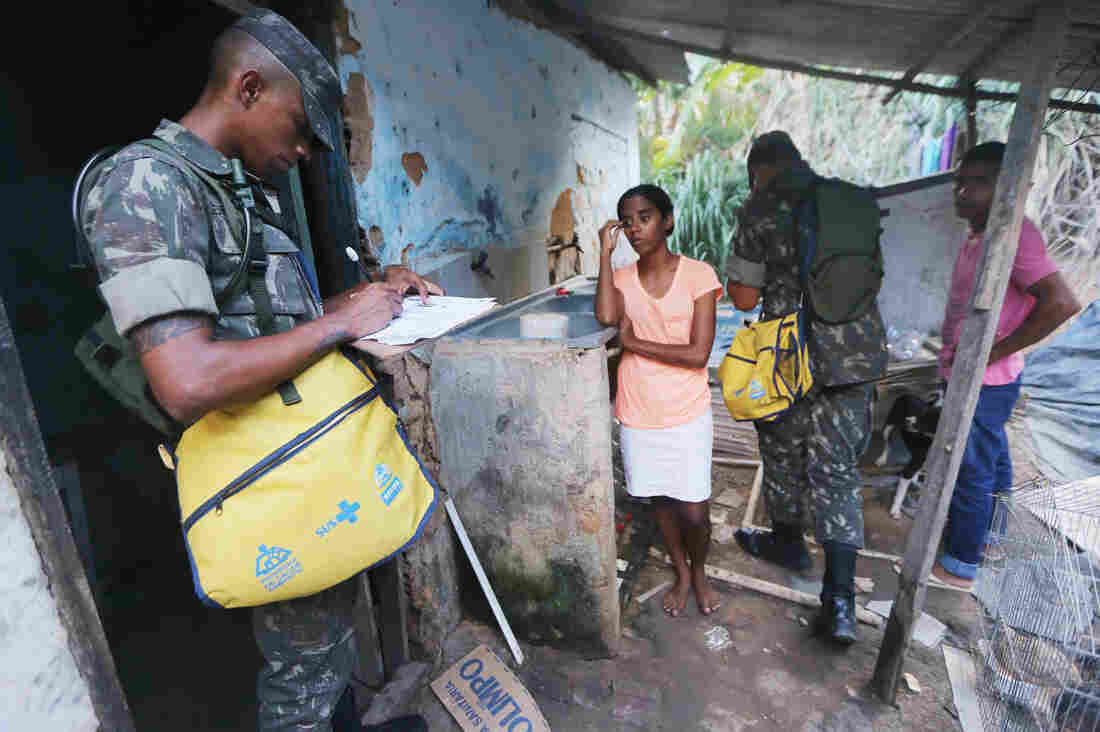 Brazilian soldiers go house to house as they attempt to eradicate the larvae of the mosquito that causes the Zika virus. Mario Tama/Getty Images hide caption 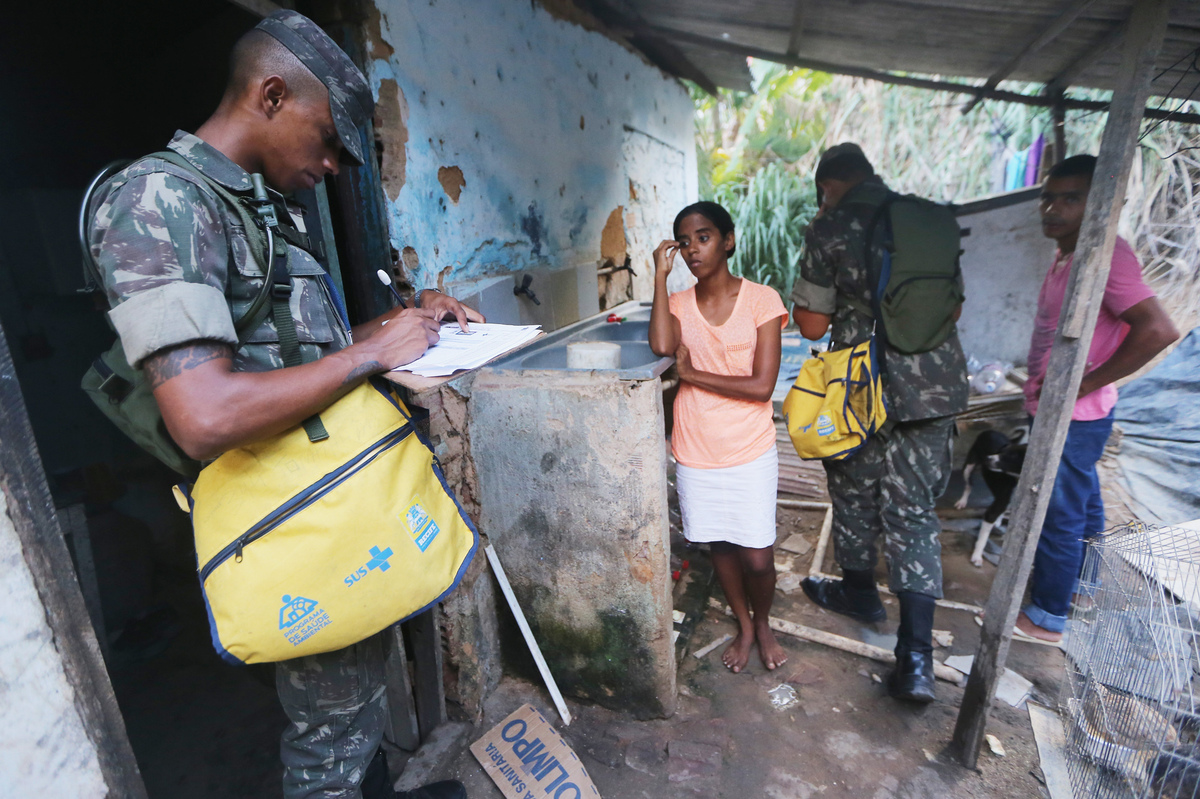 Brazilian soldiers go house to house as they attempt to eradicate the larvae of the mosquito that causes the Zika virus.

What do you want to know about the Zika virus?

We asked our audience, and on Jan. 26 we posed their questions to NPR global health correspondent Jason Beaubien and South America correspondent Lourdes Garcia-Navarro in a live video Q&A, moderated by Goats and Soda editor Malaka Gharib. Garcia-Navarro participated from Rio de Janeiro.

Beaubien and Garcia-Navarro are covering the disease for NPR.

More than 100 people submitted questions via social media and the hashtag #ZikaQA on a range of topics, including the possibility that a severe birth defect is linked to instances of Zika in the mother when she was pregnant.

Here are excerpts from their conversation, edited for length and clarity. Watch the full Q&A in the player above.

How concerned should people be about the virus?

Beaubien: I started asking researchers, "Would you be concerned if you were pregnant, going to some of these places?" Almost across the board they said yes, they would be very concerned. There's so little known about how you can protect yourself. Keeping away from mosquitoes is very difficult. There's no vaccine; there's no treatment.

Garcia-Navarro: One of the researchers in Brazil said this is even more of a concern than Ebola in certain ways. With Zika, 1 in 5 people will show symptoms, but the majority will be asymptomatic. So a woman who is pregnant might not know that she has the virus.

Whom does the virus affect? How does it affect them?

Garcia-Navarro: The Zika virus can affect anyone, humans of any stripe or gender or age. When it was first detected in Brazil, it was seen as a benign illness. You get sick for a few days, you might have a rash, you might get conjunctivitis, you have achy bones like you have a flu — but it didn't seem to have any lingering effects.

It was only when we started to see these cases of microcephaly [in babies born to women who had contracted the virus] that researchers started to look at other things. Now there is a [possible] link to not only microcephaly but also Guillain-Barre syndrome, which causes paralysis.

How does the virus spread?

Beaubien: It's a mosquito-borne virus. Let's say a person who is infected with the virus is bitten by a mosquito. That mosquito can then transmit the virus to someone else. This is what's happening: People who are infected but may not know it are getting on planes, flying to a new place and carrying that virus with them.

In these new areas, if the same mosquitoes that carry the virus, the Aedes aegypti, are there, they too can start spreading the virus.

Garcia-Navarro: There is some suspicion that it could actually be sexually transmitted. They have found high levels of Zika virus in men's semen, so that is an added worry.

How widespread is the virus now?

Garcia-Navarro: Brazil is the epicenter. It has the most cases. So researchers are trying to figure out why this is happening. Every day we're hearing new cases from different parts of the Americas. Zika is moving extremely rapidly and affecting most of Latin America at the moment.

Is there a vaccine in the works? What's next in terms of research?

Beaubien: Vaccines are definitely on the list, but it's going to be at least two to three years before a vaccine is available. There also needs to be research to make sure that these birth defects are coming from a Zika infection. There is probably going to be more research in what can be done about eradicating mosquitoes. There's been talk about using genetically engineered mosquitoes.

Garcia-Navarro: We have a test area here in Brazil of genetically engineered mosquitoes that has had very promising results. But to use that wide-scale would be extremely expensive and quite difficult.

Watch the full Q&A with Beaubien and Garcia-Navarro in the player above, and follow the conversation on Twitter using the hashtag #ZikaQA.