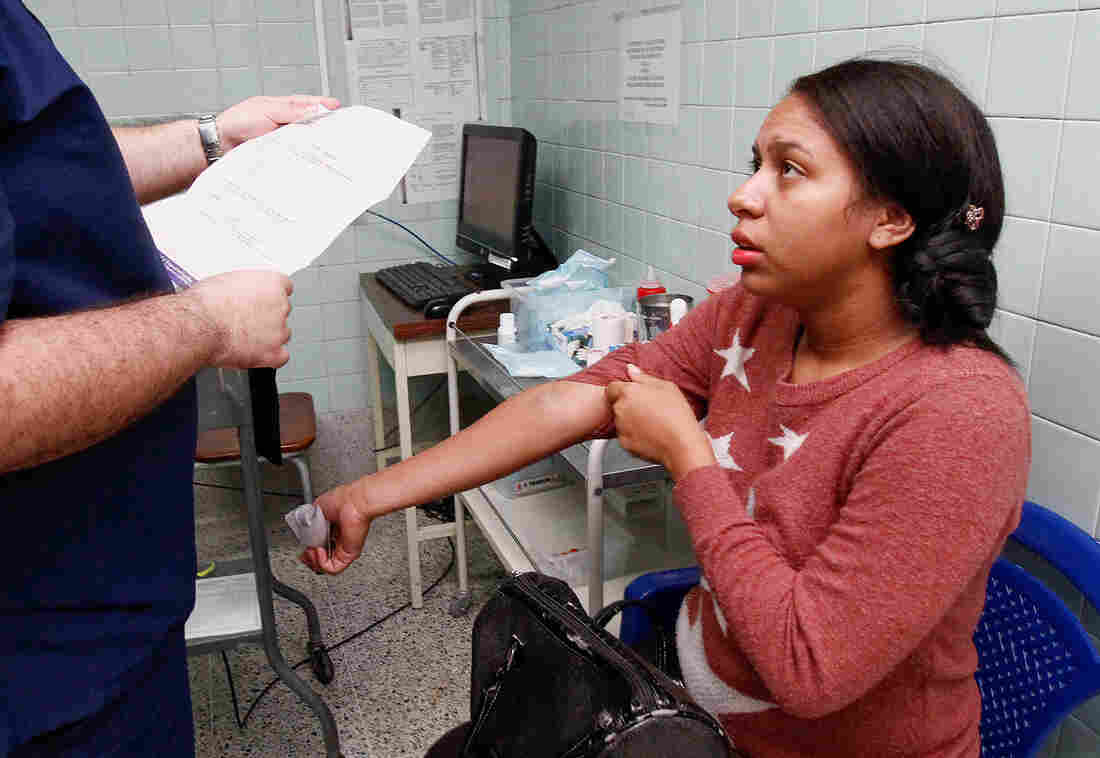 Pregnant women infected by the Zika virus are concerned about the possible link to a birth defect. Above: Angelica Prato of Colombia has a checkup. Schneyder Mendoza /AFP/Getty Images hide caption 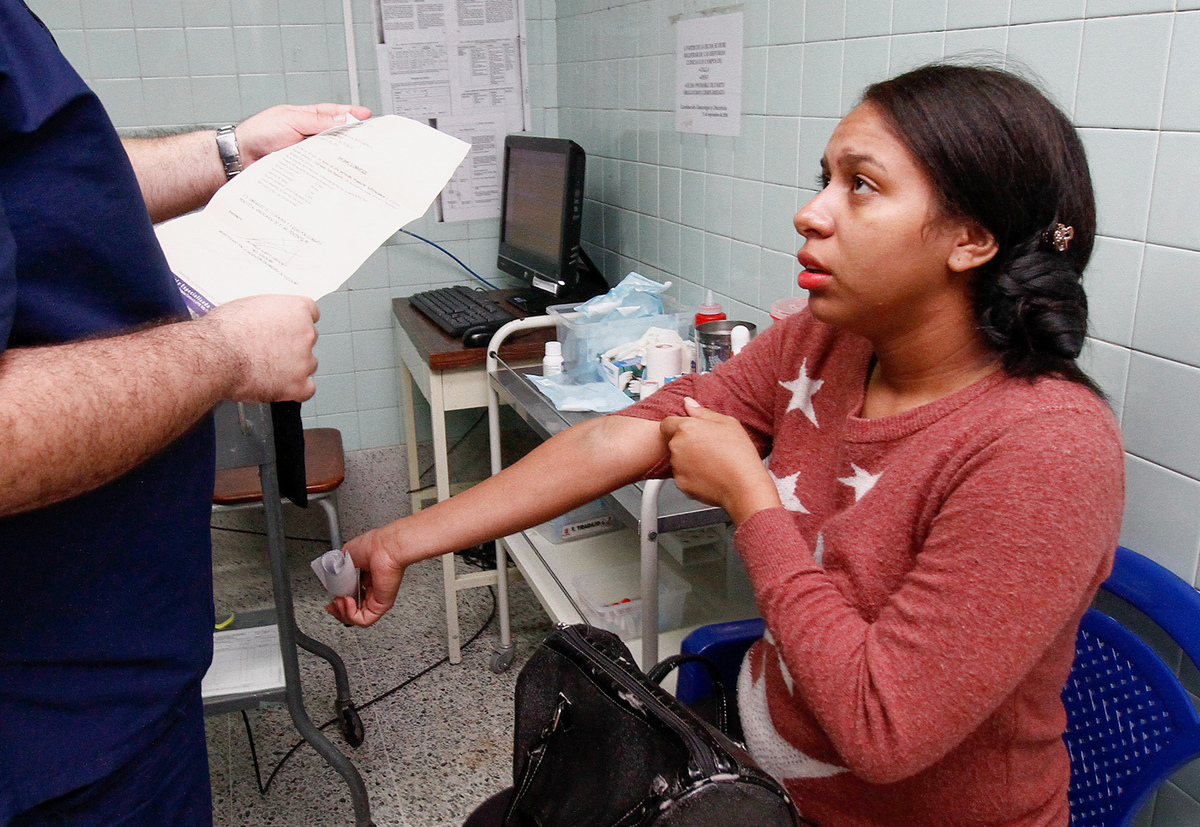 Pregnant women infected by the Zika virus are concerned about the possible link to a birth defect. Above: Angelica Prato of Colombia has a checkup.

For women who are pregnant, or hope to be, the news about the Zika virus can be terrifying. The mosquito-borne pathogen is being linked to a significant increase in Brazil of a rare birth defect called microcephaly.

The virus has already spread to 22 countries in the Americas. That's led four countries, Ecuador, El Salvador, Jamaica and Colombia, to recommend that women delay their pregnancies. It's a strategy that is being criticized by some.

Monica Roa, programs director of Women's Link Worldwide, an organization devoted to the human rights of women and girls, spoke to NPR's Renee Montagne about the issue.

Roa, who is based in Madrid, discussed how realistic these recommendations are, especially because they don't account for victims of rape or sexual violence. She also talks about the option of abortion for pregnant women infected with Zika, which is illegal in some countries in Latin America.

Here are excerpts from Roa's interview, edited for length and clarity.

Some countries are recommending that women delay getting pregnant. Is that a realistic recommendation in Latin America and the Caribbean?

More than 50 percent of pregnancies in Latin America aren't planned. That's why these recommendations [to delay pregnancy] are both naive and ineffective. They fail to take into account the prevalence of rape and sexual violence in the region, which accounts for many of these unplanned pregnancies.

In countries where abortion and emergency contraception is illegal, what options do women have if they have been exposed to Zika?

That's why the debate should be on the table. In countries like Colombia, women have the option of using emergency contraception or interrupting the pregnancy legally if they are infected with the Zika virus. However, most women — especially those in the most affected areas — do not have clarity over these laws. There is a lack of information and access to these services. And that is for the countries where these kinds of reproductive health services are legal.

In some other countries, like El Salvador, these kinds of reproductive rights are illegal. This might lead to women getting more unsafe abortions, and putting their health and life at risk.

What support could governments in the region give to help women reduce their risk of becoming pregnant in the first place?

These recommendations must be accompanied by massive campaigns, informing both men and women about the access to and use of contraceptives. [That access] is lacking throughout the region.

Women who are pregnant should have information about the possibility of interrupting the pregnancy if the law allows it in that country. In the countries where the law doesn't allow for [abortion], I think the debate [about reproductive rights] should be on the table and discussed in the context [of Zika virus infections].

The health system should [also] be prepared to give all the attention that these babies [born with microcephaly] and their families are going to need in the best possible way.