Accessibility links
Malawi's First Grammy Nomination Went To Prison Inmates: They Lost But Still Feel Like Winners : Goats and Soda Meet the Zomba Prison Project. It's a band of singers and musicians — and they're all in a jail in Malawi. 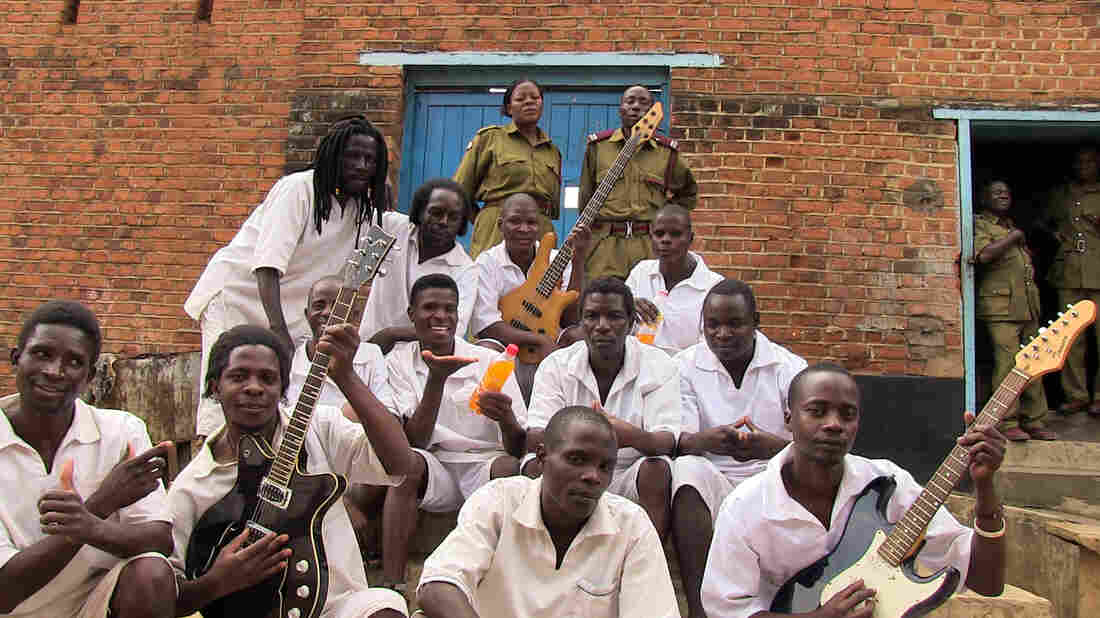 Some of the singers and musicians in Malawi's Zomba Prison. They were nominated for a Grammy in the world music category. Marilena Delli hide caption 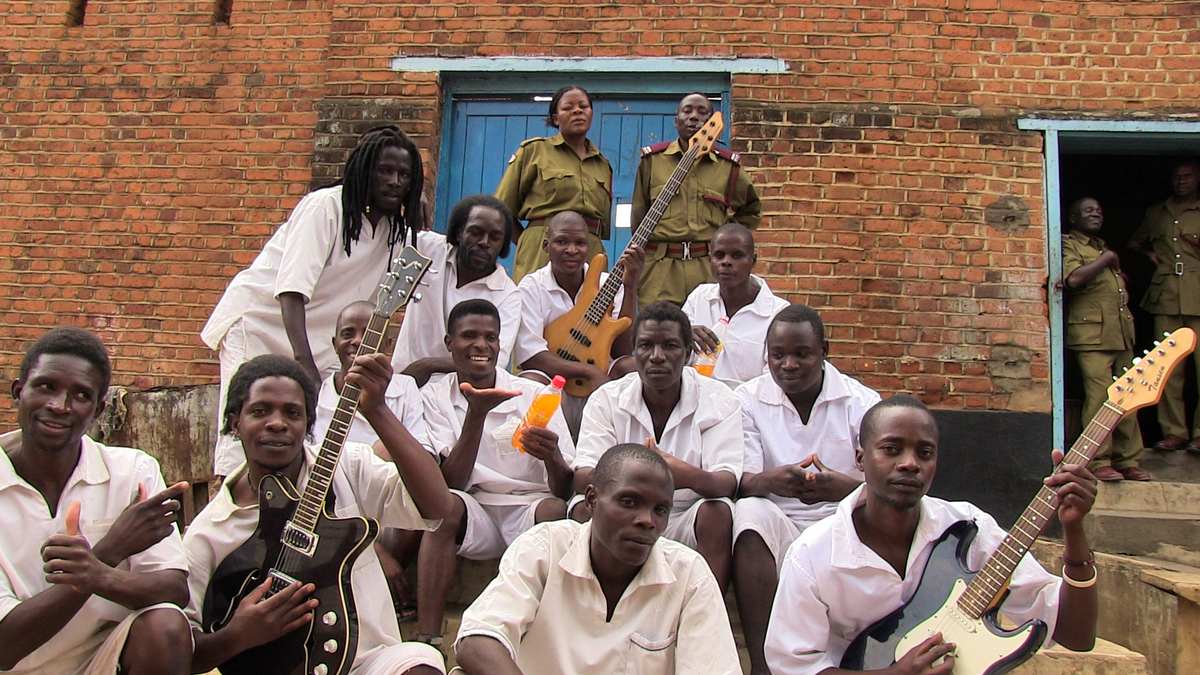 Some of the singers and musicians in Malawi's Zomba Prison. They were nominated for a Grammy in the world music category.

There were some real-life prisoners who were part of the Grammy nominations this year too — inmates from Malawi's Zomba Central Prison, incarcerated for everything from suspected witchcraft to murder. They call their musical group the Zomba Prison Project and their album I Have No Everything Here was up for the best world music award. Unlike five-time-winner Lamar, they lost. But they still felt like winners.

Just being nominated is a major win for the 2,000 men and 50 women who live in a dilapidated, 19th century prison stuffed to 10 times its capacity. Ragged clothing, empty bellies and violence are the norm.

"The actual award is beside the point," says Grammy Award-winning producer Ian Brennan, one of the main forces behind the prisoners' album. He's amazed by the amount of attention the album got: "No one [nominated for best world music award] ever, ever has received this amount of positive coverage. World music records are never the story, except maybe one story in a paper in the artist's country. So this is truly positive."

The group began some years ago, when a grant to the prison was used to purchase a few instruments. Inmates made others, including some percussion instruments. As they began to create music, word spread and eventually caught the attention of Brennan and his wife, Italian documentary filmmaker and photographer Marilena Delli.

When Brennan and Delli heard the music, they sensed a hidden jewel. In exchange for access to the prison and permission to record the inmates, Brennan, a violence prevention specialist, taught conflict resolution workshops to the inmates and prison guards.

The couple set up a makeshift studio in the prison. They brought along an acoustic guitar, a mainstay on the record, which features poignant solo voices, sweet harmonies and tough song titles like "Prison of Sinners" and "Please Don't Kill My Child."

"It was a true leap of faith," says Brennan of the 2013 recording project. "It cost well over $5,000 just to make the trip — and [prison officials] wouldn't guarantee access until we were there."

"We spent almost two weeks," says Brennan, the author of How Music Dies (or Lives): Field Recording and the Battle for Democracy in the Arts. "Our philosophy was to listen to everybody. So many times we'd be recording and then people would be singing as they walked out the door and we'd say, 'Wait! What is that song you're singing now?' Then we'd bring them back to record."

A man who is about 22, the "backup bass player" in the touted prison band, hesitantly wrote what Brennan calls the standout song on the album: "Women Today Take Care of Business."

"He was scared and said, 'I am not a writer,' but we pleaded with him to try to write a song. It didn't have to be fancy or long, it could last 30 seconds," says Brennan. "He came back and we recorded the song he wrote about women. [He believes they] are the ones responsible for the progress in the country while men relax and play games. Lyrically it's the best song. It's very well written and modern."

Brennan and Delli traveled back to the prison last month, bringing cash, food, clothing, microphones and a multitrack recorder so the prisoners can record their own music.

"We found four people [who had been involved in the recordings] were released," he says. "We were able to spend a few hours with them outside of the prison, and that was truly beautiful."