Accessibility links
Researchers Have Determined Why Mosquitoes Find Ankles And Feet So Delicious : Goats and Soda How do these buggers manage to find and feast on even the smallest cracks of exposed skin? Well to start, they're really good at sniffing out our B.O. 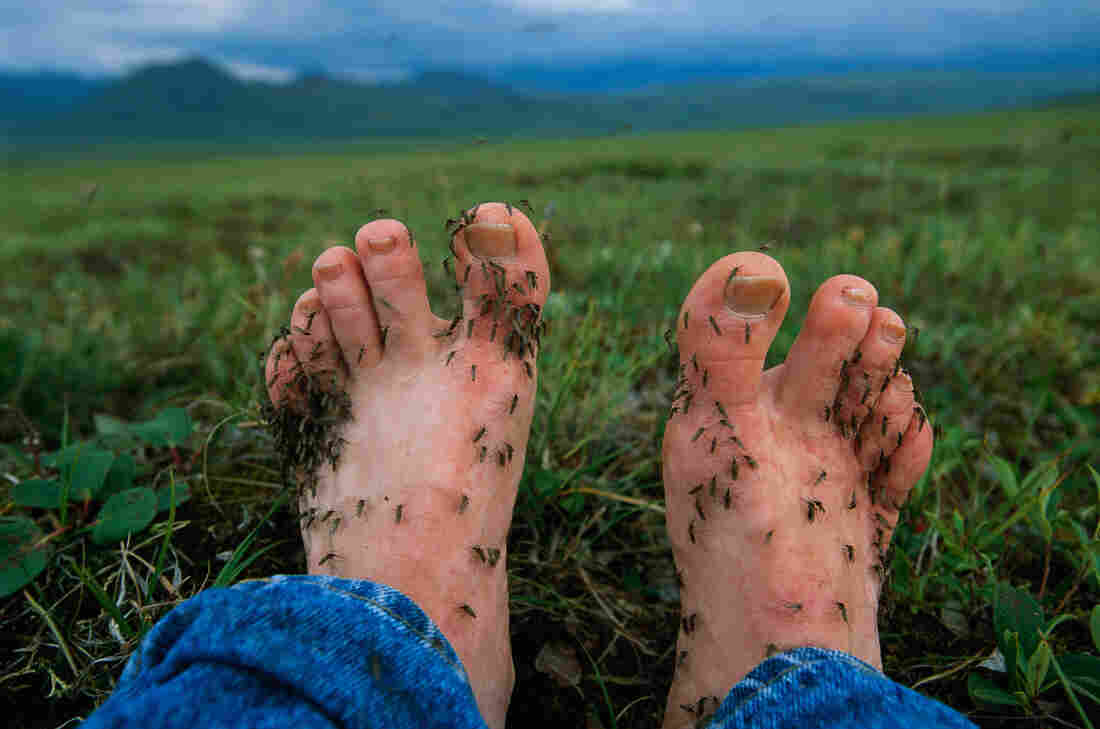 Feet and ankles are a feast for mosquitoes. Joel Sartore/National Geographic hide caption 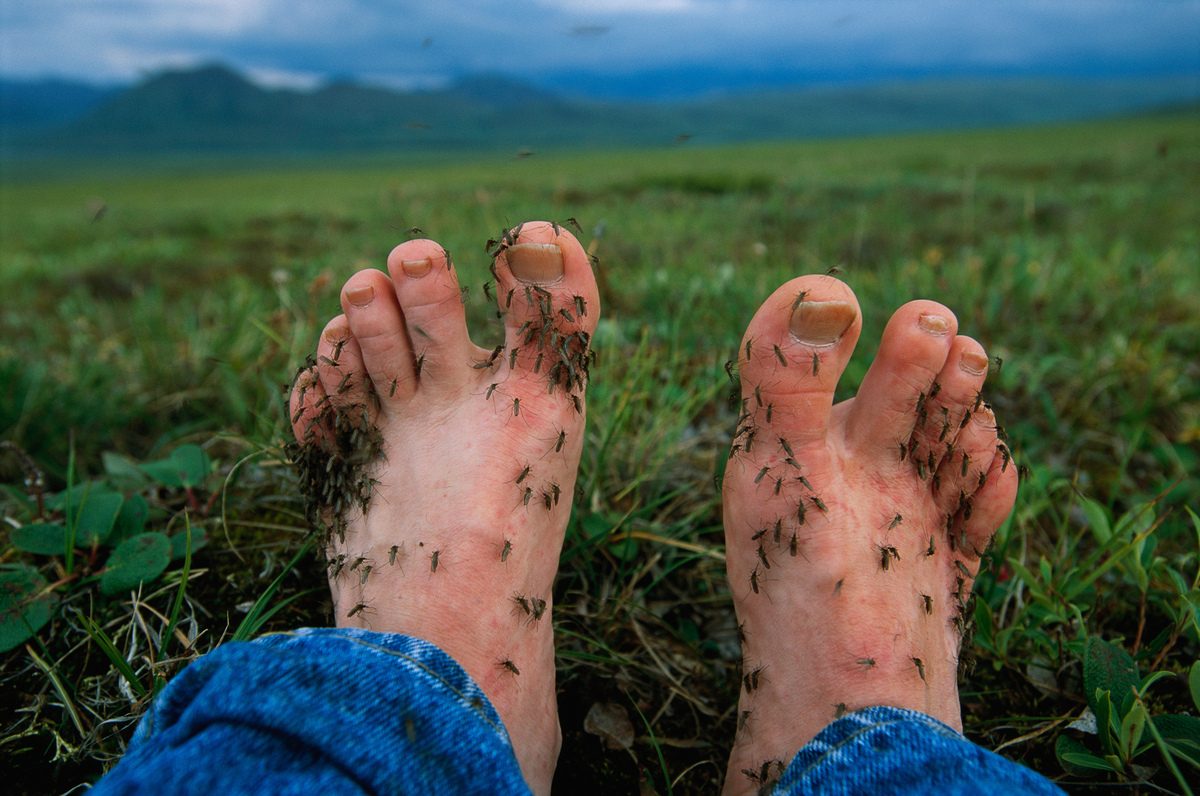 Feet and ankles are a feast for mosquitoes.

They're really good at finding and sucking on human blood. Which especially sucks, because their inescapable, insidious little bites can infect people with the Zika virus as well as dengue, chikungunya and yellow fever.

These buggers — like most mosquitoes -- will bite where we're least likely to notice — at the ankles, behind the knees and at the back of our necks. No matter how much you cover up, one or two will home in on even the smallest cracks of exposed skin.

How do they manage it?

Would It Be A Bad Thing to Wipe Out A Species ... If It's A Mosquito?

"Well, they've got hundreds of different types of receptors in their antennae," explains Anandasankar Ray, an entomologist at the University of California, Riverside. "And these receptors can detect all sorts of different chemicals that our bodies emit."

Sensors on their antennae help the mosquitoes locate our breath, Ray says. "They look for plumes of carbon dioxide, which we humans create when we exhale. And they'll start moving toward those plumes."

But of course, they've evolved to understand that it's best to avoid flying directly into our mouths. "So once they get close enough to start sensing our body odors, they use that information to figure out where exactly they should bite," Ray says. He spells out the process in a 2013 paper, published in Cell.

Mosquitoes are able to pick up on these subtle differences. They may target our feet and ankles because we're less likely to notice a mosquito biting us there. "Mosquitoes who bite there are less likely to get smacked or swatted away," Ray say.

And lucky for them, our feet are among the smelliest parts of our body — lots and lots of stink-producing bacteria live between toes — so feet are easy to find.

"Aedes mosquitoes will also bite other parts of the body," Ray says. "They'll bite behind the neck, along your hairline." Over time, they've figured out which parts of our bodies we're more likely to expose and ignore, and they've developed the ability to sniff out those areas.

So what if you shower a ton and douse yourself in perfume — will that make it harder for mosquitoes to track you down?

Lots of people had that idea though the ages, says Larry Zwiebel, a biologist at Vanderbilt University who studies mosquito behavior. "There are communities in parts of Africa where people traditionally covered themselves in ashes, for example," he says — to mask their scent and deter mosquitoes."

It may help a tiny bit, Zwiebel says, but it's unlikely to make a huge difference. Mosquitoes are highly sensitive to smell — they can usually sniff though your perfumes and lotions. "Even if these strong scents were able to get the mosquitoes off track, you'd have to keep reapplying in order to fully mask your body odors."

Zwiebel has been researching more sophisticated ways to use mosquitoes' highly sensitive sniffers against them. "At my lab, we're learning what turns on the molecular receptors on the mosquito's antennae — that's how they perceive scent — and we're researching ways to overwhelm those receptors and confuse the mosquitoes," he explains.

The chemicals in traditional mosquito repellents, like DEET, disable certain receptors — reducing the insect's ability to smell. Zwiebel's lab has developed a compound that overstimulates all of the mosquito's odor receptors. "For humans, this would be the equivalent of flashing a huge bright light in front of someone's eyes. It would basically blind you," Zwiebel says. "By overloading the mosquito's whole sensory system, this compound can basically just shut it down."

Other scientists are developing similar chemicals, Zwiebel notes. But it will probably be years before these new kinds of repellent make it onto drugstore shelves. "These are exciting discoveries, but there's lots more research and safety testing that has to be done."

For now, he says, your best best is to avoid mosquito bites by wearing long sleeves, a generous mist of bug spray — and very thick socks.