Accessibility links
Toms Shoes Is A Hit At The Oscars But Does Its Shoe Giveaway To Poor Countries Hit The Mark? : Goats and Soda The for-profit company gives a free pair of shoes to a poor child for every pair a consumer buys. Is that a good idea?

Toms Shoes A Hit At Oscars, But Does Shoe Giveaway Hit The Mark?

Toms Shoes A Hit At Oscars, But Does Shoe Giveaway Hit The Mark? 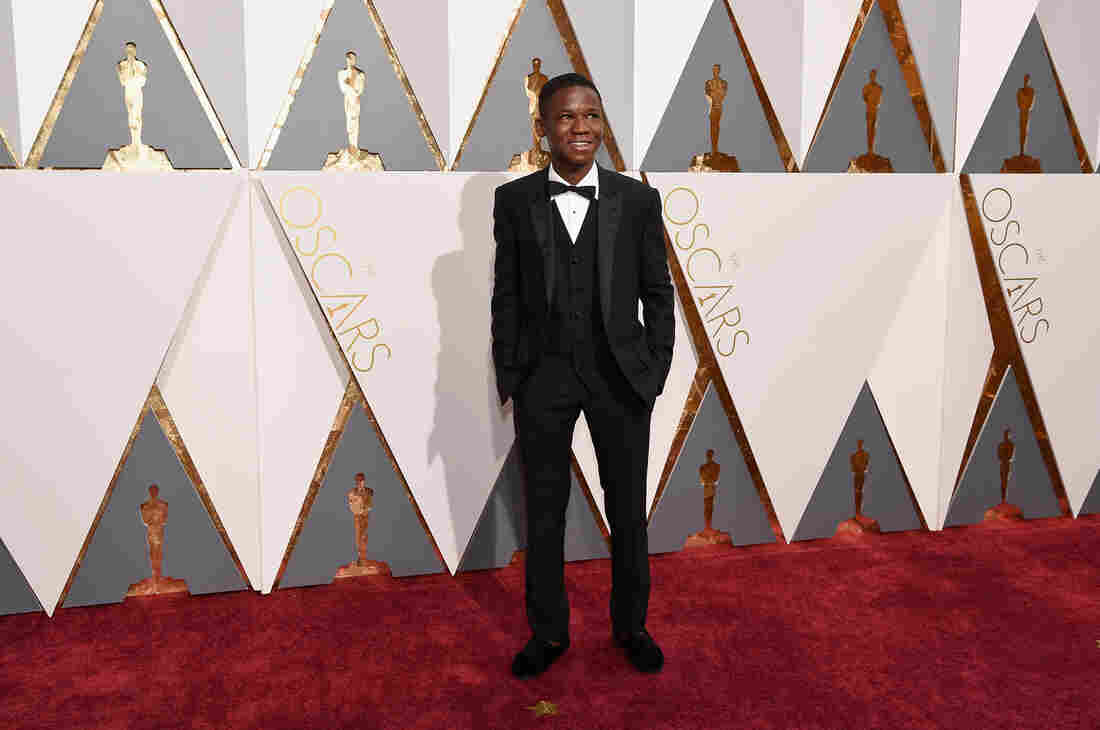 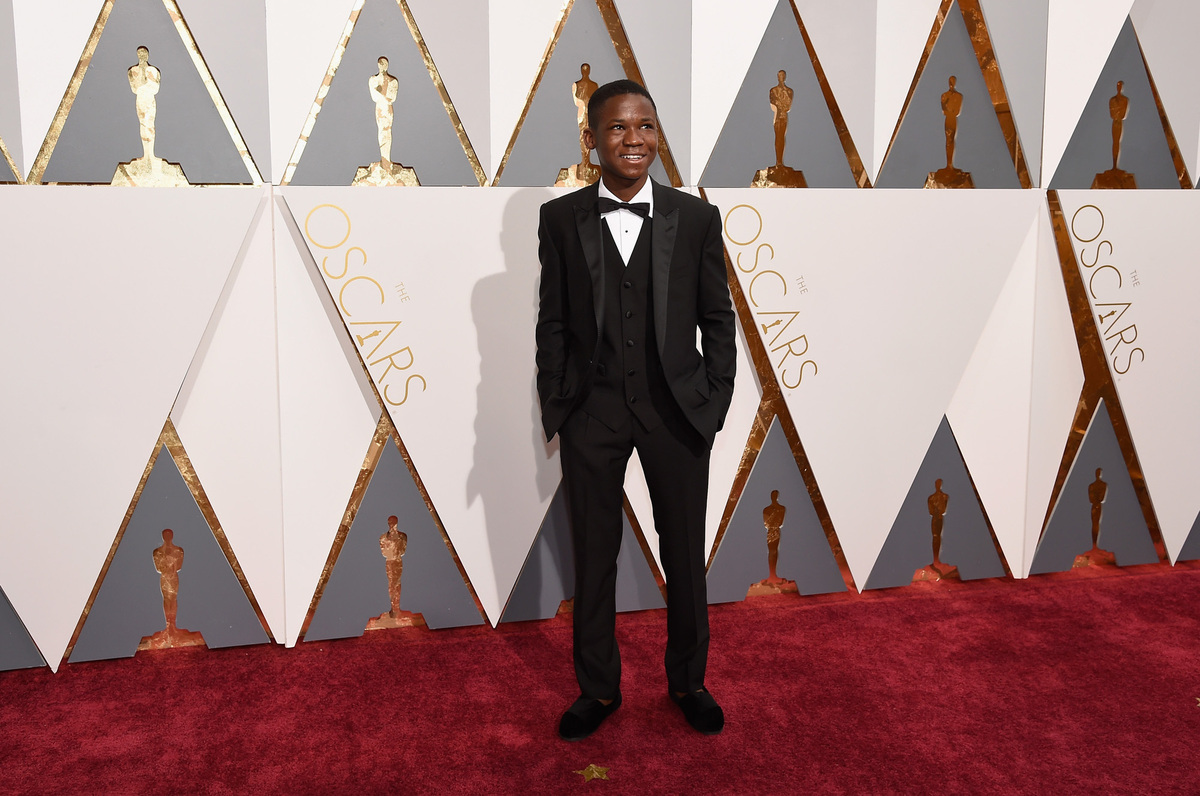 Actor Abraham Attah attends the Academy Awards in a tux and Toms footwear. 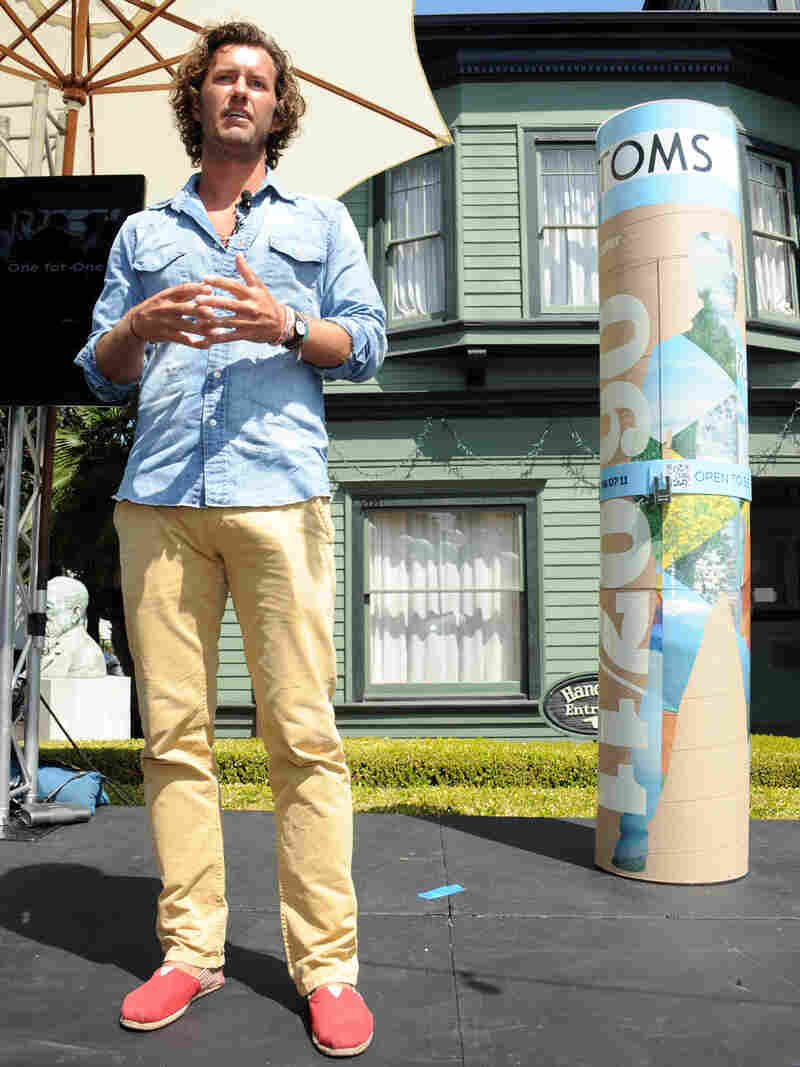 Blake Mycoskie is the founder of Toms, which is going beyond shoes, into eyewear, coffee and backpacks. Its charitable mission is changing, too, with direct contributions now to some causes. Michael Kovac/Getty Images for Toms hide caption 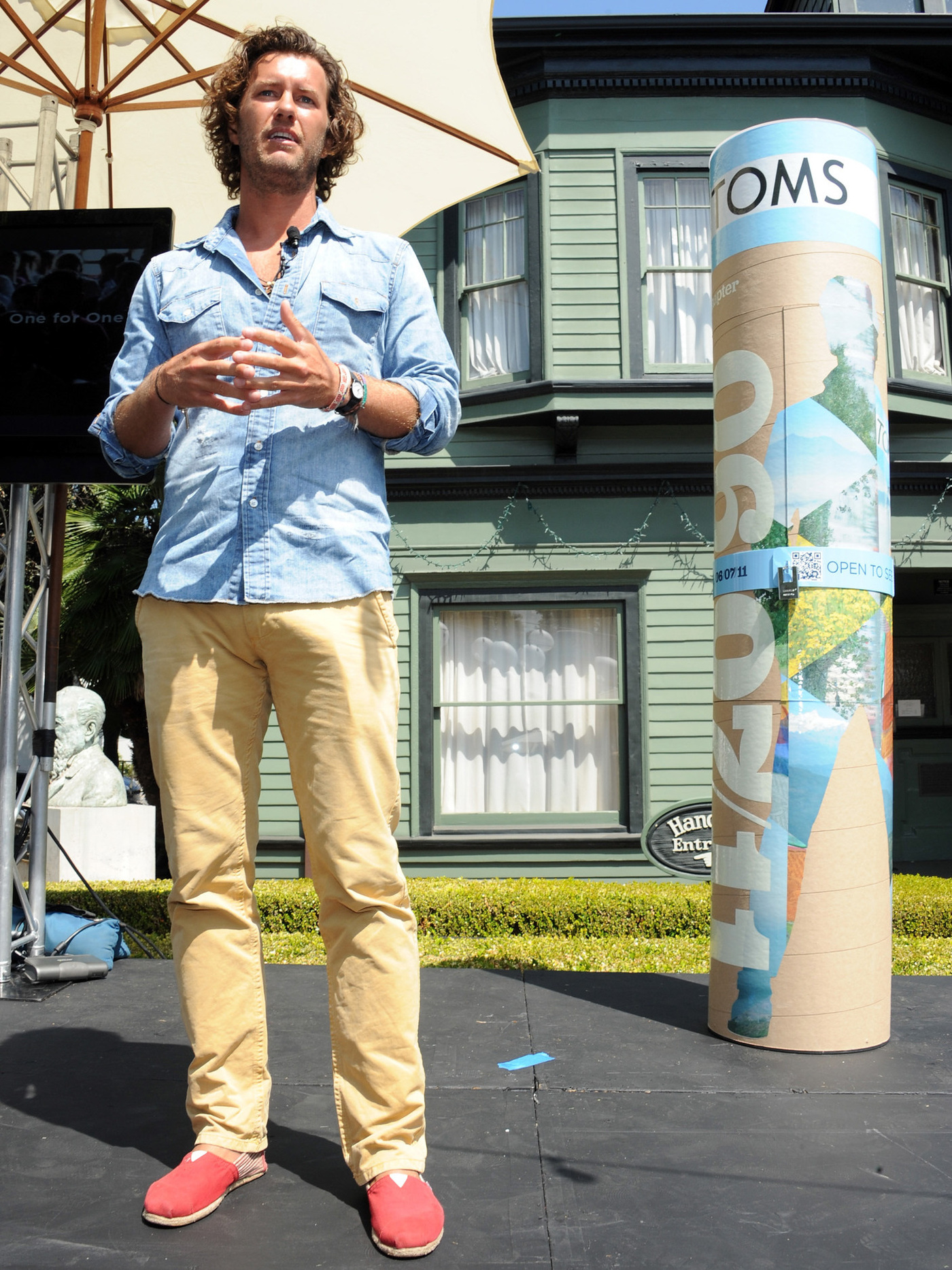 Blake Mycoskie is the founder of Toms, which is going beyond shoes, into eyewear, coffee and backpacks. Its charitable mission is changing, too, with direct contributions now to some causes.

Oscar hopefuls strode down the red carpet on Sunday — walking advertisements for some of fashion's biggest names. But Chanel and Armani weren't the only winners that night.

A brand that targets more modest, socially conscious consumers got attention, too.

It started when Ghanaian actor Abraham Attah showed up on the red carpet. Many eyes went from his sharp tux right to his feet. Yes, the teenage star of Beasts of No Nation was wearing black velvet Toms.

Many of you probably know Toms. Maybe you're wearing a pair right now. For those who don't know, Toms — it's short for "tomorrow" — is a company that promises if you buy a pair of its shoes, it will give a pair to a poor child somewhere in the world. And on Oscar night, Toms wasted no time promoting its red carpet moment and its mission. "With the help of @AttahNii we're giving 10k pairs of shoes to kids in need in his home country of Ghana," the company tweeted.

There was more in store for Toms that night. AT&T aired a 30-second ad featuring Toms founder Blake Mycoskie.

Since its launch a decade ago, Mycoskie's business has become wildly popular with socially conscious consumers and the mainstream media. That's translated into huge revenue for the for-profit company. In fact, private equity firm Bain Capital snatched up half of Toms in 2014. At the time, the company was reportedly valued at around $625 million. Mycoskie kept a 50 percent share.

I've been watching the evolution of Toms with a great deal of interest. I first investigated the company in 2012 for my podcast, Tiny Spark.

More than anything, I wanted to know whether giving away free shoes was indeed good aid. Mycoskie contended that there were millions of children around the world who had no shoes. If that were true, then I was pretty sure those kids had other needs more pressing than shoes. At the time, the company was doling out canvas slip-ons made in factories in China, Argentina and Ethiopia, which may have helped the economies in those countries but did nothing for local industries where most of the shoes were distributed. In short, I wanted to know whether Toms was really "doing good."

My conclusion: not really.

Backlash from Toms fans immediately ensued. They told me there were thousands of other companies I should pick on; that Mycoskie could do what he wants with his business. "They are his shoes and it is his money!" one listener wrote. All these things are true.

I also continue to believe that we must critique well-intentioned projects and people so that we can figure out how to have the most impact in the lives of those we seek to help. Fair but critical reporting pushes companies, nonprofits and philanthropists to do better work. And the evolution of Toms proves this point.

About a year after my podcast, Mycoskie said he had listened to critics and that the company would begin producing shoes in Haiti in order "to help establish and support the growth of a responsible and sustainable shoe industry in Haiti." Then last year, Toms unveiled a partnership with the Clinton Foundation and the Wildlife Conservation Society to produce a limited run of shoes. For each pair purchased, the company would fund elephant conservation projects. It's now doing the same for sea turtles and will donate $5 to a nonprofit for every pair sold.

And Toms continues to find ways to have impact with its ever-expanding list of products based on the Buy One Give One model. Profits from Toms coffee supports clean water initiatives. Toms bags support safe births. If you buy a pair of tortoise shell glasses for $139, someone will get an eye exam and treatment. The company says it has helped restore sight to 360,000 people this way, which is phenomenal but pales in comparison to the popularity of those shoes (they've given away 50 million pairs and counting).

So, shoes remain most popular with consumers, yet its fledgling bag, eyeglass and coffee offerings seem to signal that the company recognizes that services — not product giveaways — are what people in extreme poverty need more.

I wonder if Toms aspires to give away 50 million more pairs of shoes. And should it keep giving away shoes just because consumers keep buying them? I wanted to ask Toms these questions and ask how the actor Abraham Attah came to wear Toms at the Oscars. But as of the time of this writing, the company had not responded to requests for comment.

As Toms steps into its second decade, it could more effectively channel the goodwill of its socially responsible customers by using its shoe sales to support causes that directly tackle the pressing problems children in extreme poverty face, such as lack of access to decent health care, clean water and quality education.

Because if a child has free shoes but none of these other things, how much good have consumers really done?

But here's the thing: If Toms were to start putting proceeds from most or all of its shoe sales to support organizations that are tackling big problems, would consumers still buy Toms? "Buy One, Help Train a Teacher in Bangladesh." That doesn't have quite the same ring. But it would have far more impact in children's lives. And consumers are smart. They'll get it. Who knows, maybe Toms would sell even more shoes that way.

Amy Costello is the host and founder of Tiny Spark, a podcast that investigates nonprofits, philanthropy and international aid.