Accessibility links
To Save 10 Million Lives A Year By 2035, The World Needs To Chip In An Annual $70 Billion : Goats and Soda Is the price tag too expensive? Is the goal of saving 10 million lives a year too optimistic? 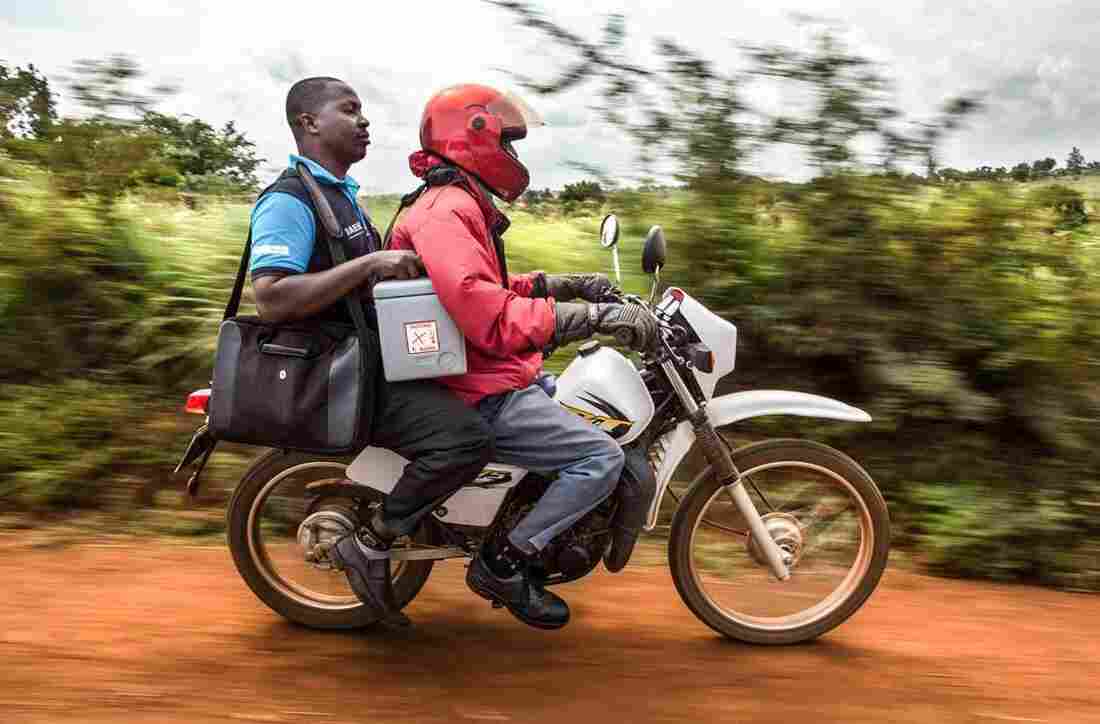 A pneumococcal vaccine is delivered via motorcycle in Kenya. Evelyn Hochstein/Courtesy of Gavi hide caption 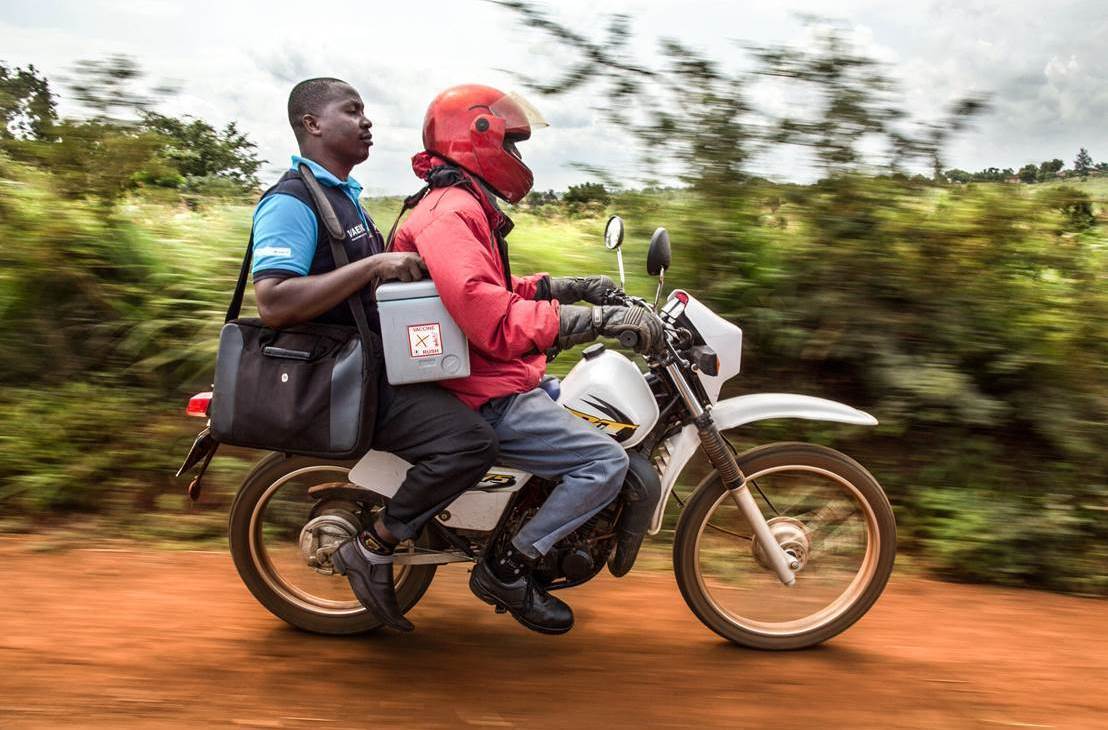 A pneumococcal vaccine is delivered via motorcycle in Kenya.

Attend any conference on global health or peruse the United Nations website, and you'll find some ambitious thinking. World leaders say they want to eliminate tuberculosis and malaria, end AIDS and ensure that every pregnant woman can get the medical care she needs. And they want all that to happen now.

But is any of it actually achievable?

A group of 69 health experts and researchers from all over the world say it is possible. And in a collection of papers published in PloS, they lay out exactly how to to save 10 million lives a year by 2035.

Of course, it won't be easy or cheap — the researchers say that governments and aid groups will need to invest much more in the development of new vaccines, diagnostic tests and drugs for malaria, TB and less common tropical diseases. And they've got to figure out better ways to deliver medical care and supplies to the world's poorest communities. All in all, it'll cost the world about $70 billion in additional health spending a year.

But it's totally doable, says Dr. Gavin Yamey, a professor of global health at Duke University, who edited the collection — if we invest wisely, in the right sorts of programs.

We called up Yamey and asked him to elaborate.

This is an extraordinary moment in history. We've never been in a position before where we have the financial and ever-improving technological capability to achieve what we call grand convergence.

What does that term mean in your world?

"Grand convergence" is an exciting term that researchers use to describe the moment at which preventable infectious, maternal, and child mortality all drop to universally low levels.

In 2013, I — along with a group of economists and global health researchers— published a paper in The Lancet outlining this concept.

But there is no way on earth that we can achieve these targets with the existing resources and technologies.

That's why for this collection we approached some of the world's leading experts and asked them to survey the landscape and give us their best assessment of what exactly we should invest in.

And what do these experts recommend?

One of the main themes that emerged is that there's this incredible disconnect between these grand visions that we have to improve health and the actual financing needed to make that possible.

We are not spending enough research and development dollars on the conditions that affect the poor. Lots of money is spent in the search for the latest cancer or high blood pressure treatment — and of course, that's a good thing.

But we are spending way too little — only about 3 percent of total health spending globally — on the diseases that disproportionately affect the poor, like malaria, TB, pneumonia, diarrhea and AIDS.

Another big issue was that even when there are existing treatments for certain conditions, the poorest communities don't have access.

Yes, as one of the researchers said, these treatments aren't going to deliver themselves. So the second priority is figuring out better ways to bring these treatments to the people who need it most.

For example, we know that we could end childhood diarrhea deaths using oral re-hydration salts and zinc. But if you look at the proportion of kids that are actually getting that treatment, it's very distressing. Only 1 percent of the children who need it are getting it.

So that's why we also need to do research and take steps to improve the delivery of health interventions.

What happens if we don't invest in these areas?

You can see what happens by looking at the global response to Ebola.

We didn't have an Ebola treatment vaccine or rapid diagnostic test — which shows that we were under-investing in the research and development of medical treatments.

We didn't have a good surveillance and response system in place — so the disease was able to spread rapidly across West Africa.

And the World Health Organization was unfortunately asleep at the wheel, and we didn't have the sort of leadership we needed in the face of this crisis — again because we as an international community underfunded the WHO in its stewardship and leadership role.

Can the global community afford all this?

We estimate that achieving convergence will cost about $70 billion a year in additional spending. Now, at first blush that sounds like a lot of money.

But let's keep in mind, the GDP of low-income countries is growing. Of course there will always be a need for donor government and nonprofit money to help out the poorest countries. Still, many low and middle income countries will be increasingly able to invest in their own health systems.

And we know that putting money into health care gives one of the greatest returns to investment. We found that every dollar invested in health, globally, between now and 2035, would return somewhere between 9 and 20 dollars in terms of improved economic productivity and health care costs saved by averting more severe health issues.

So there's not just a humanitarian argument to be made here but also an economic case.