Accessibility links
Goats And Soda's International Women's Day Playlist : Goats and Soda Check out the songs (and back stories) of women musicians from around the world. 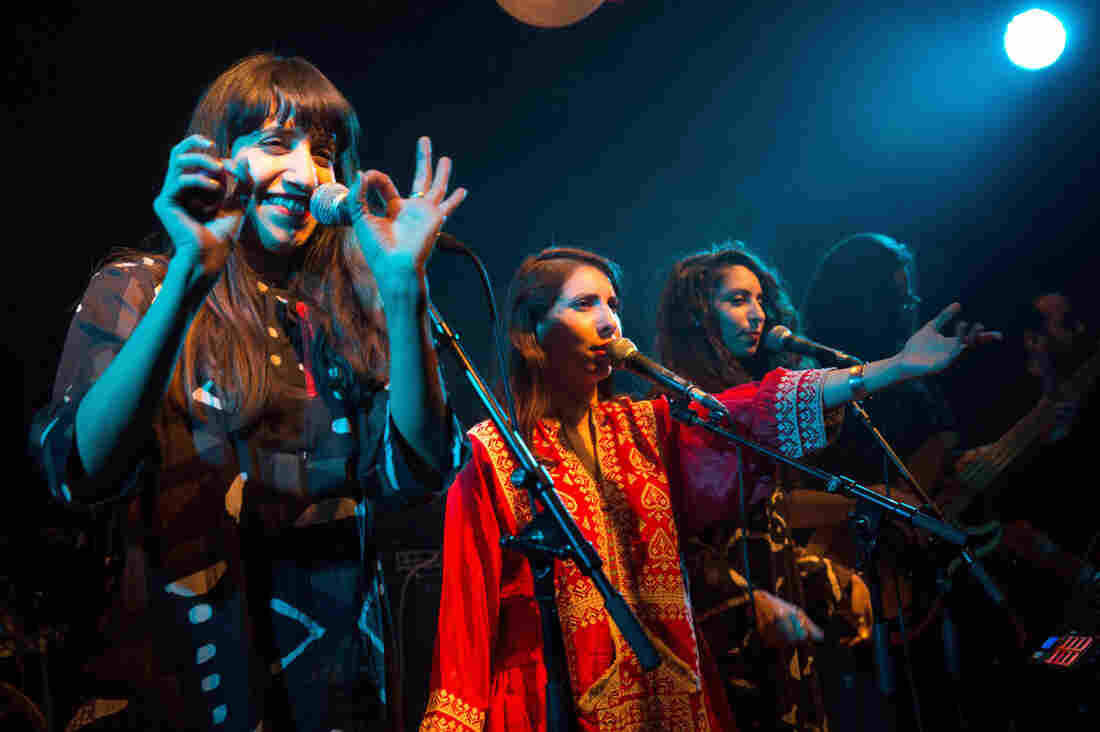 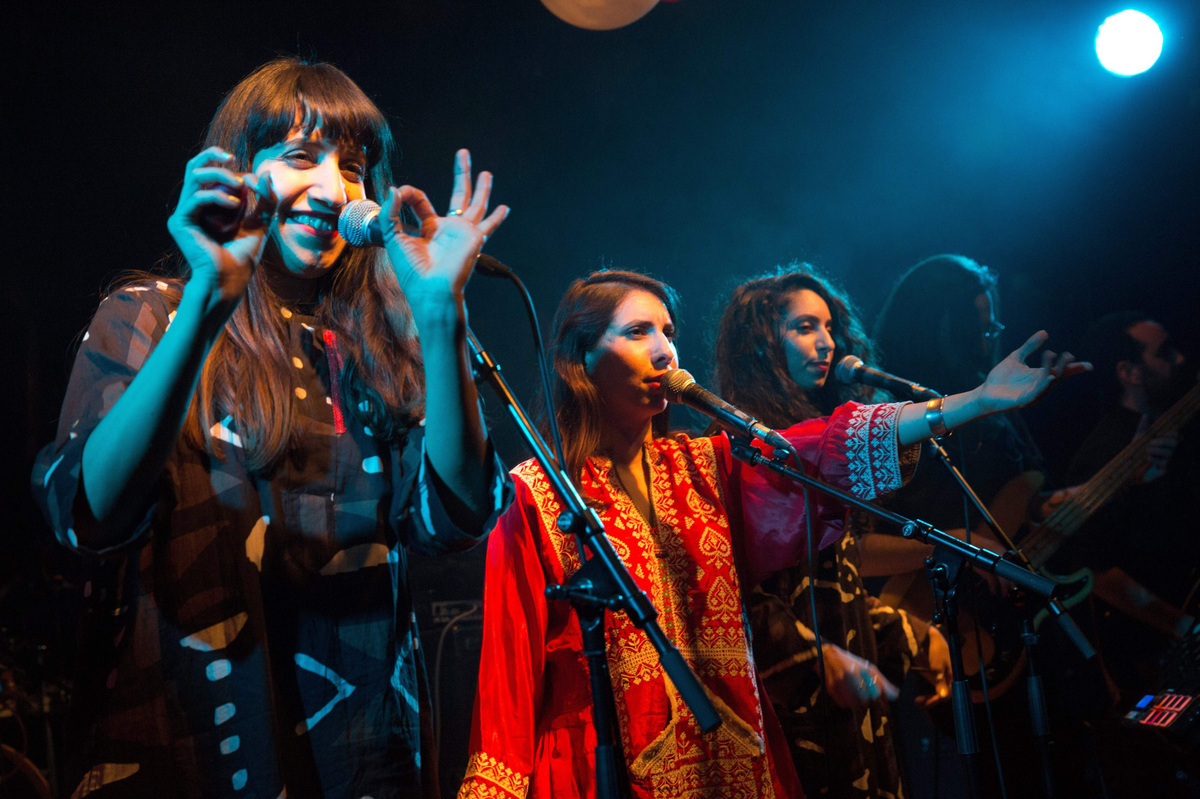 Israeli sisters (from left) Liron, Tair and Tagel Haim, who make up the band A-WA, perform in Jerusalem.

International Women's Day is a day to celebrate how much women have accomplished and to remember that gender equality is still a ways away.

It's a day to cherish and honor ladies who rock.

So what better way to pay tribute to the day than with a playlist featuring some of the coolest female musicians around the world.

This roundup features a trio of sisters from rural Israel who've re-created traditional Yemeni-Arab women's songs, and an Algerian refugee who uses her music to publicize the suffering of the stateless. There's also the Indian punk rocker in a sari, the Kenyan rapper whom fans call "The Bauss Lady" and the Mexican cabaret singer known for her weird costumes.

Check out the picks — and let us know who you'd add to this list of female musicians around the world. Tell us in a comment below or, tweet us at @NPRGoatsandSoda.

The three sisters behind A-WA — which means "yes" in Arabic — come from a farming community in southern Israel and sing in English, Hebrew and Yemenite. Their debut album, Habib Galbi, features traditional Yemeni women's folk songs and chants set to modern electronic beats.

All of this may sound esoteric. But trust me, the title track — an upbeat re-creating of a Yemeni folk song that the sisters grew up with — will leave you swishing your hips and tapping your feet. I've been listening to it on repeat at work, resisting the urge to break into dance.

Born in the Saharawi refugee camps of Algeria, Aziza Brahim fled to Cuba as a teenager — where she had to cope with the effects of the 1990s Cuban economic crisis. Now based in Spain, Brahim uses her music to bring global attention to the plight of migrants, refugees and disenfranchised women.

Her latest album is Abbar el Hamada ("Across the Hamada") — Hamada is the word that Saharawi people use to describe the rocky desert landscape along the Western Sahara where tens of thousands of refugees are now stranded.

Tritha Sinha, the driving force behind the punk band Tritha Electric, grew up in Kolkata, India, and paid her way through college by singing in Bollywood films. Her Paris- and New Delhi-based band blends Indian classical and folk melodies with '70s-style psychedelic and punk music.

And she's all about girl power. Her latest album, called Pagli ("crazy lady" in Bengali), tells the story of a woman who feels oppressed by tradition and finds liberation by breaking patriarchal rules.

Muthoni Ndonga aka Muthoni the Drummer Queen aka The Bauss Lady is a big deal in the Kenyan music scene. She's the CEO and founder of a wildly popular monthly music series, Blankets and Wine, which puts on shows in Kenya, Tanzania and Uganda.

The bio page on her website describes her as a "living breathing singer of the hero variety," and I'd have to agree. Her funky, hip-hop sound features heavily in Nairobi's dance clubs, while her lyrics — in English and Swahili — address issues of social justice and poverty.

Cabaret signer Astrid Hadad has been a star in Mexico since the 1980s — ever since her famous performance in Donna Giovanni, an all-female version of the Mozart opera Don Giovanni. She is now internationally famous for over-the-top performances, fantastical costumes and biting social criticism. At this year's globalFEST music festival in New York, for instance, she dressed up as an Aztec pyramid adorned with skulls.

Folded into her campy, colorful performances are messages about Mexico's drug wars as well as political corruption and gender bias.